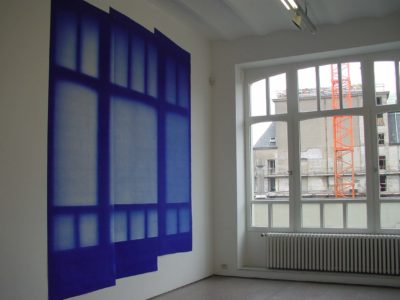 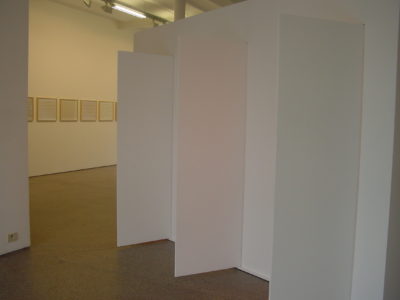 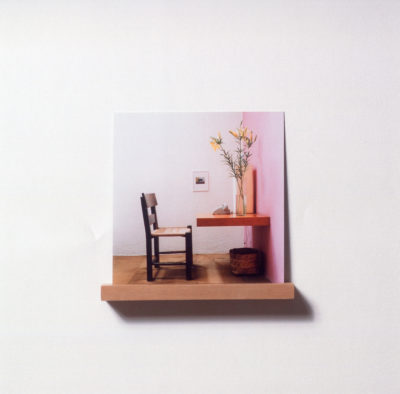 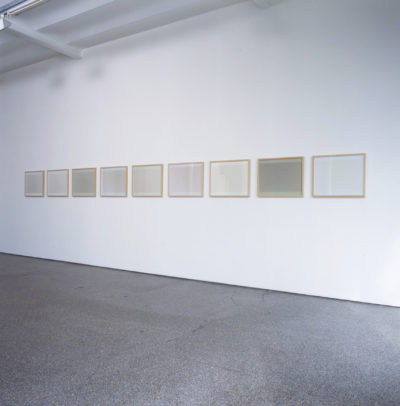 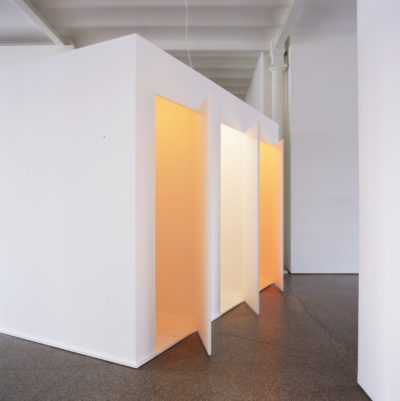 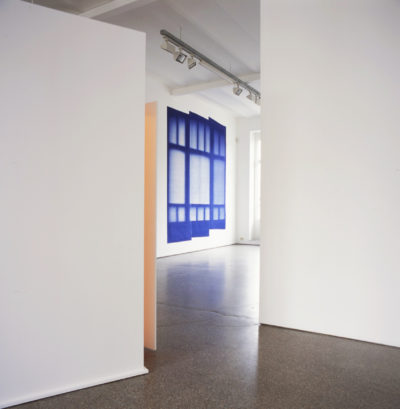 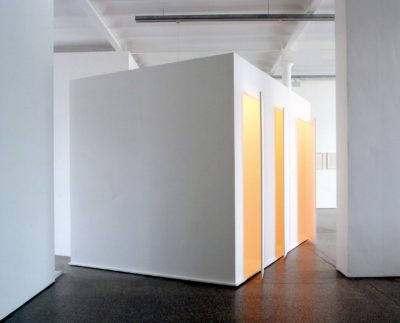 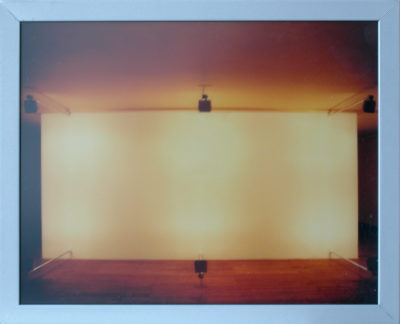 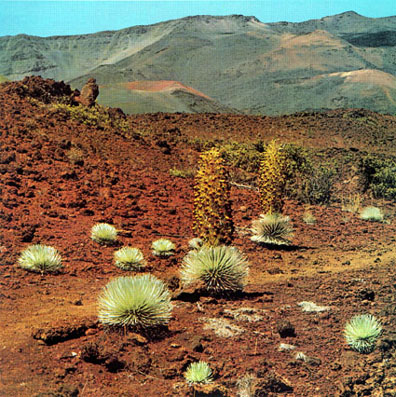 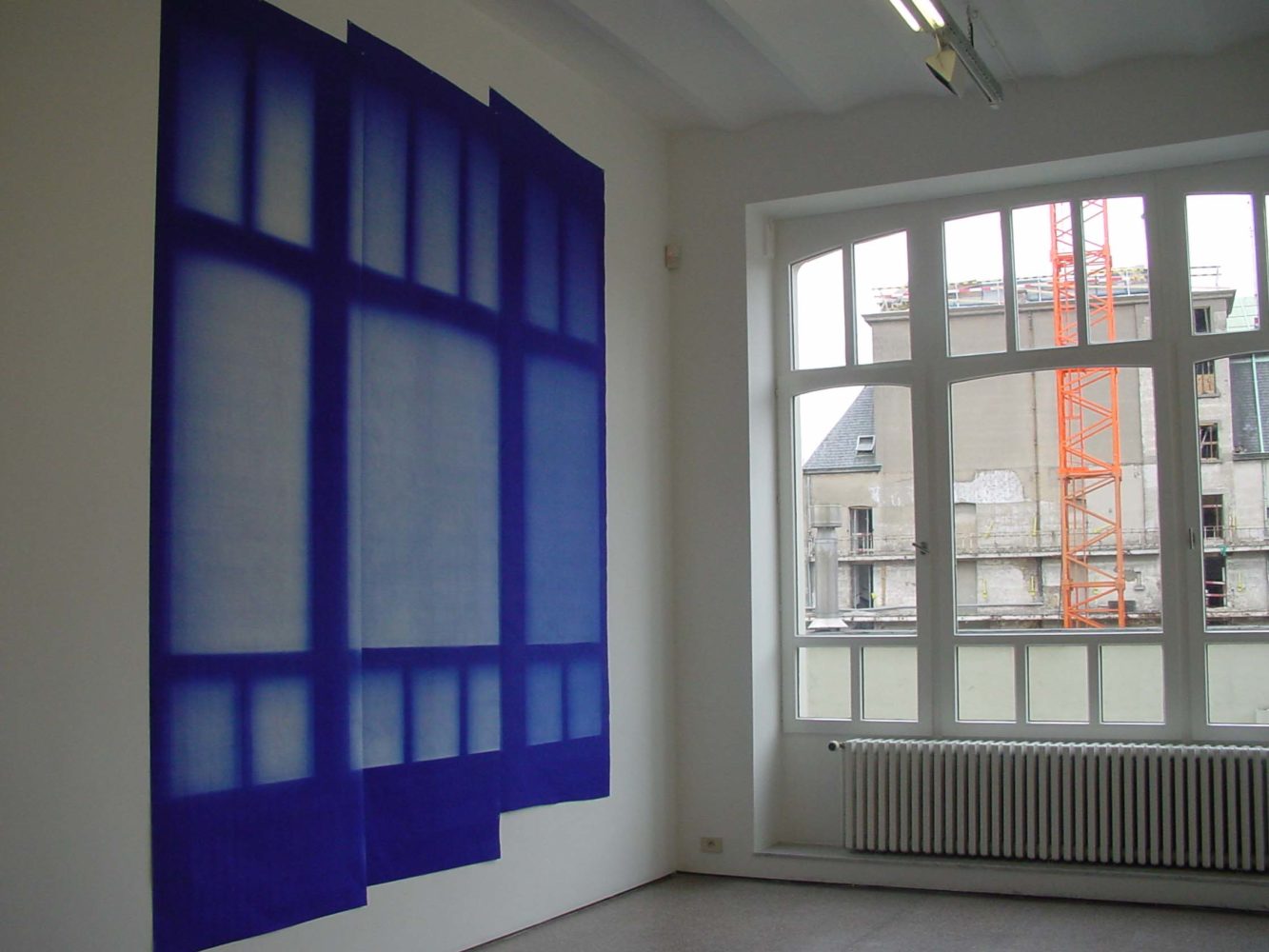 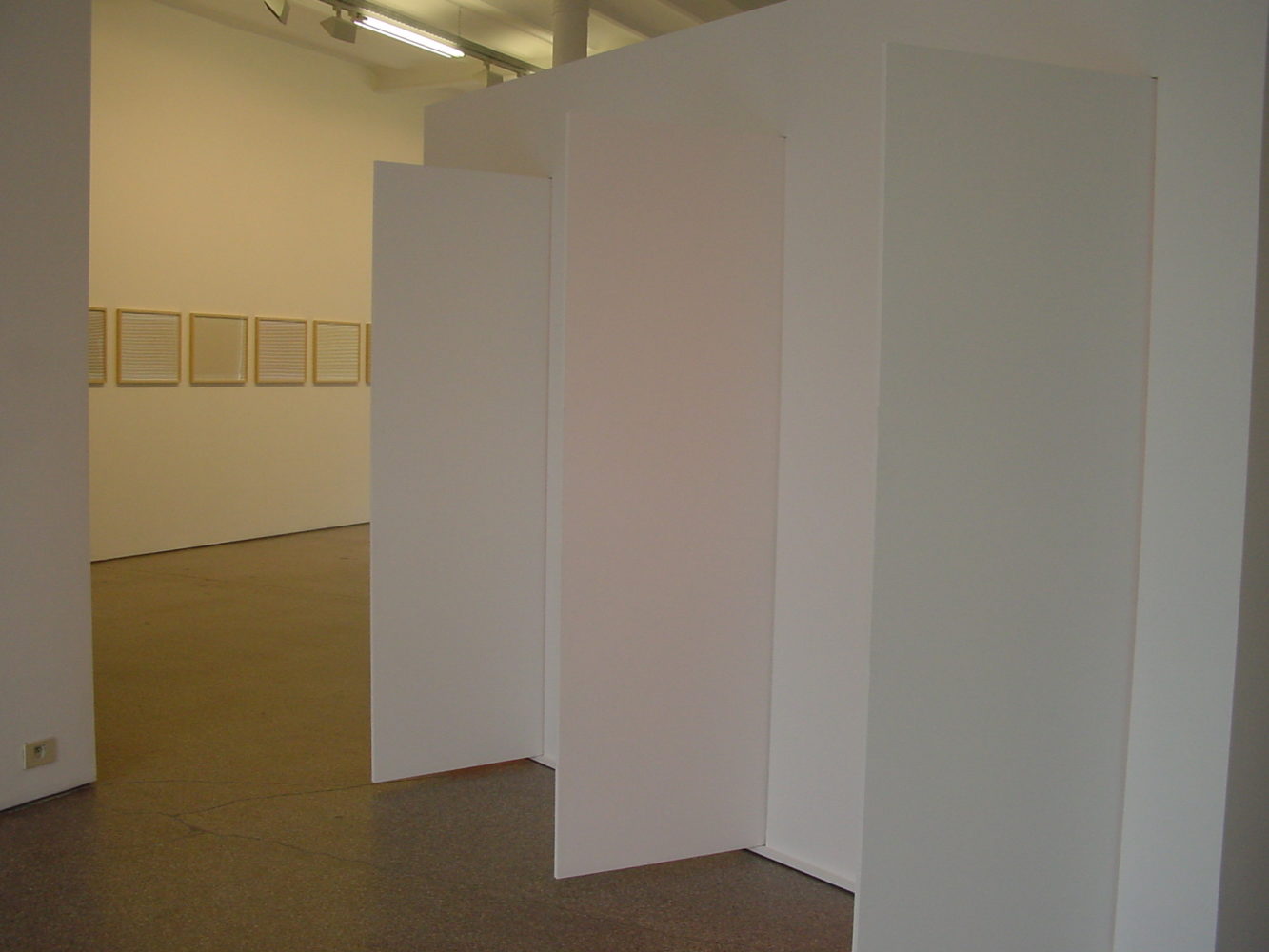 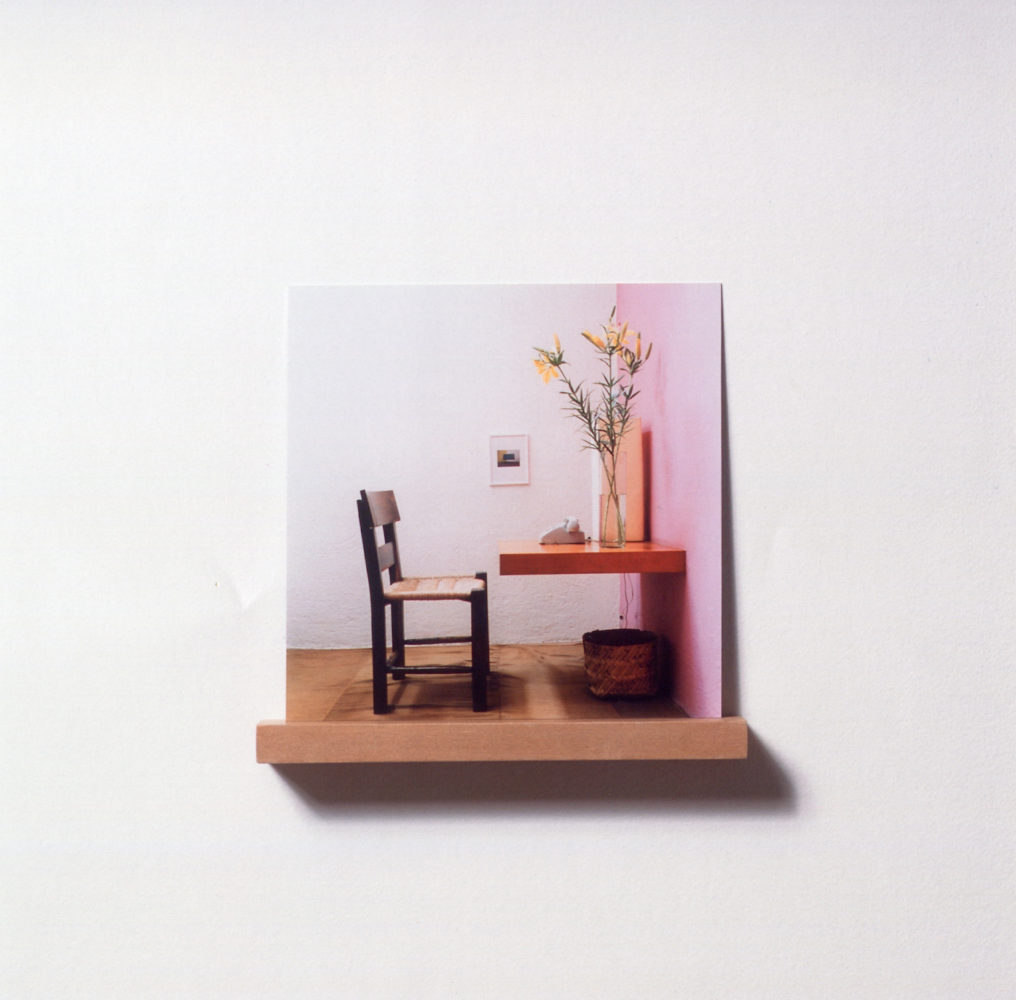 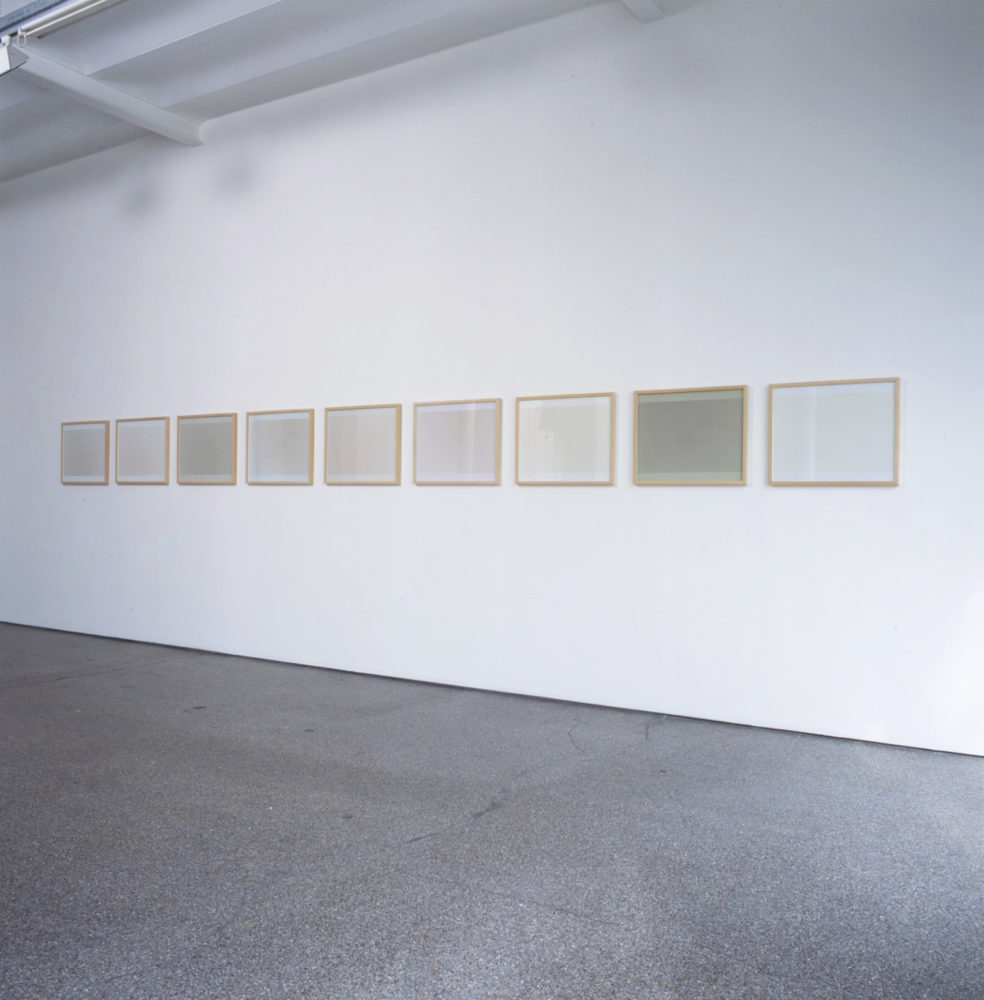 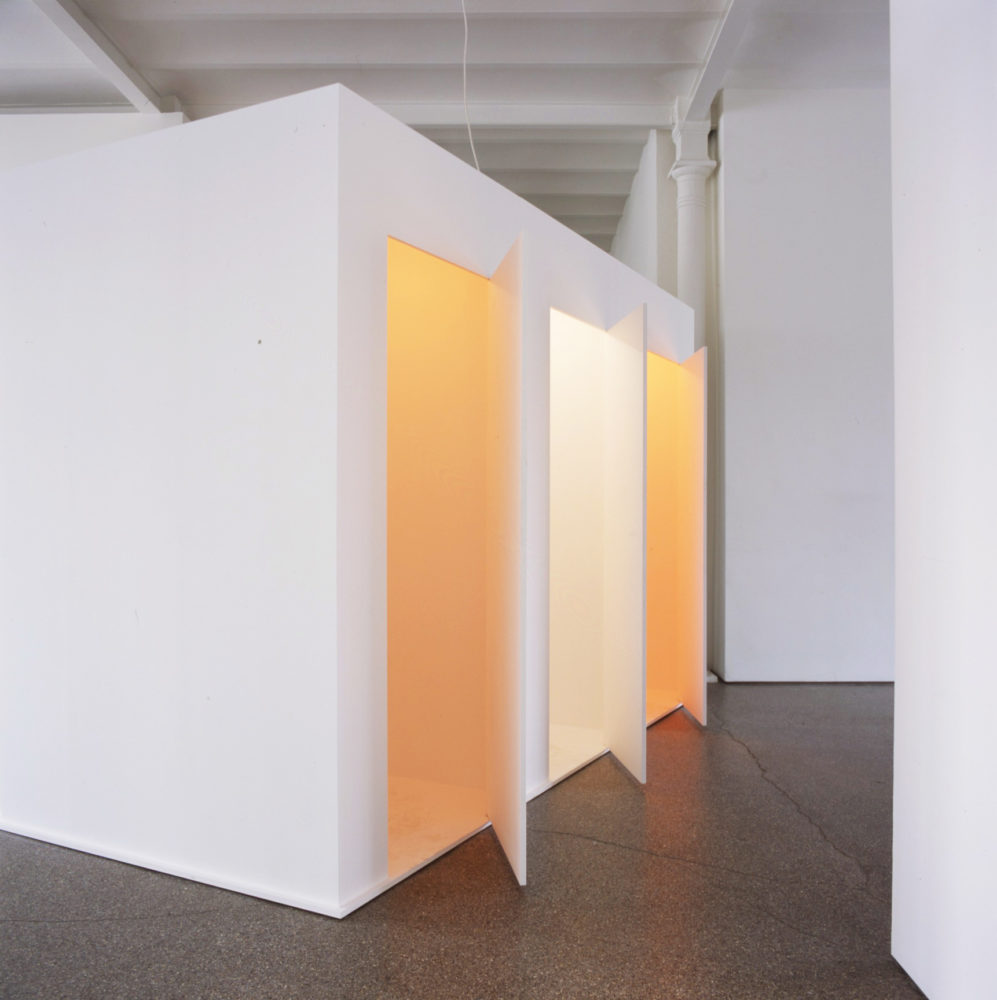 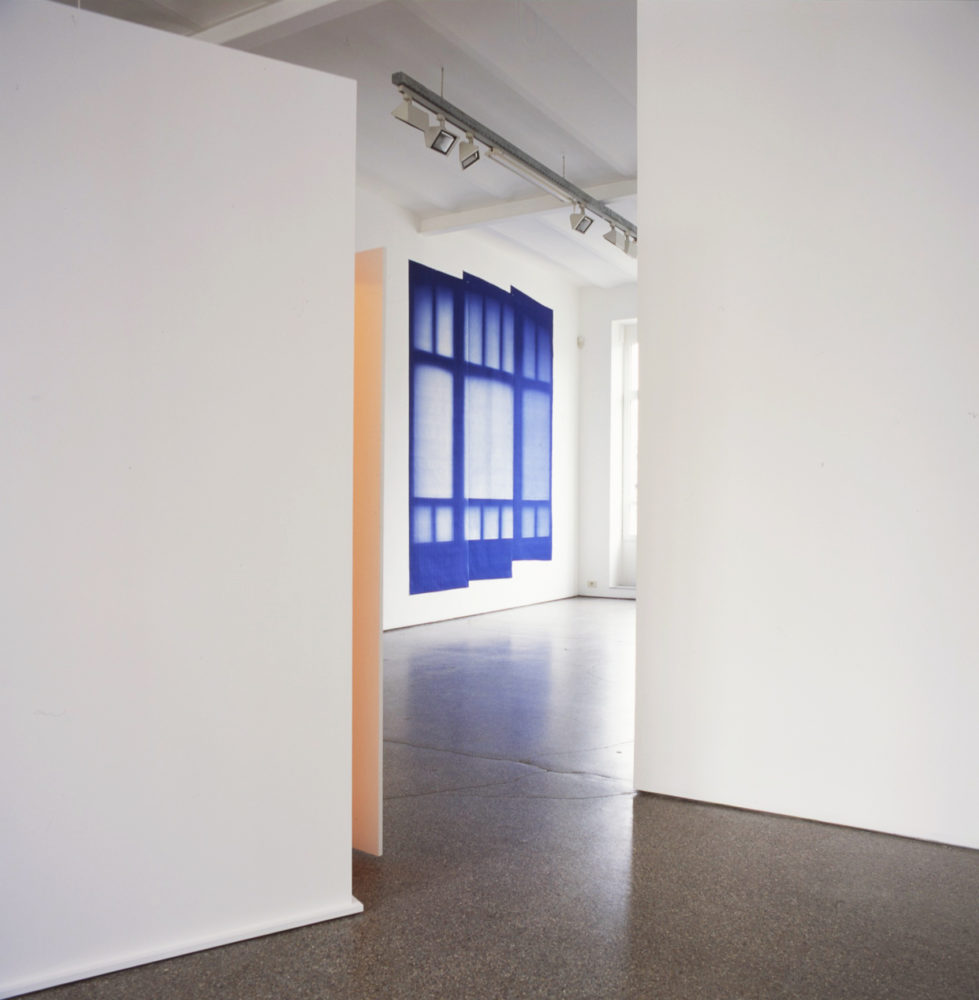 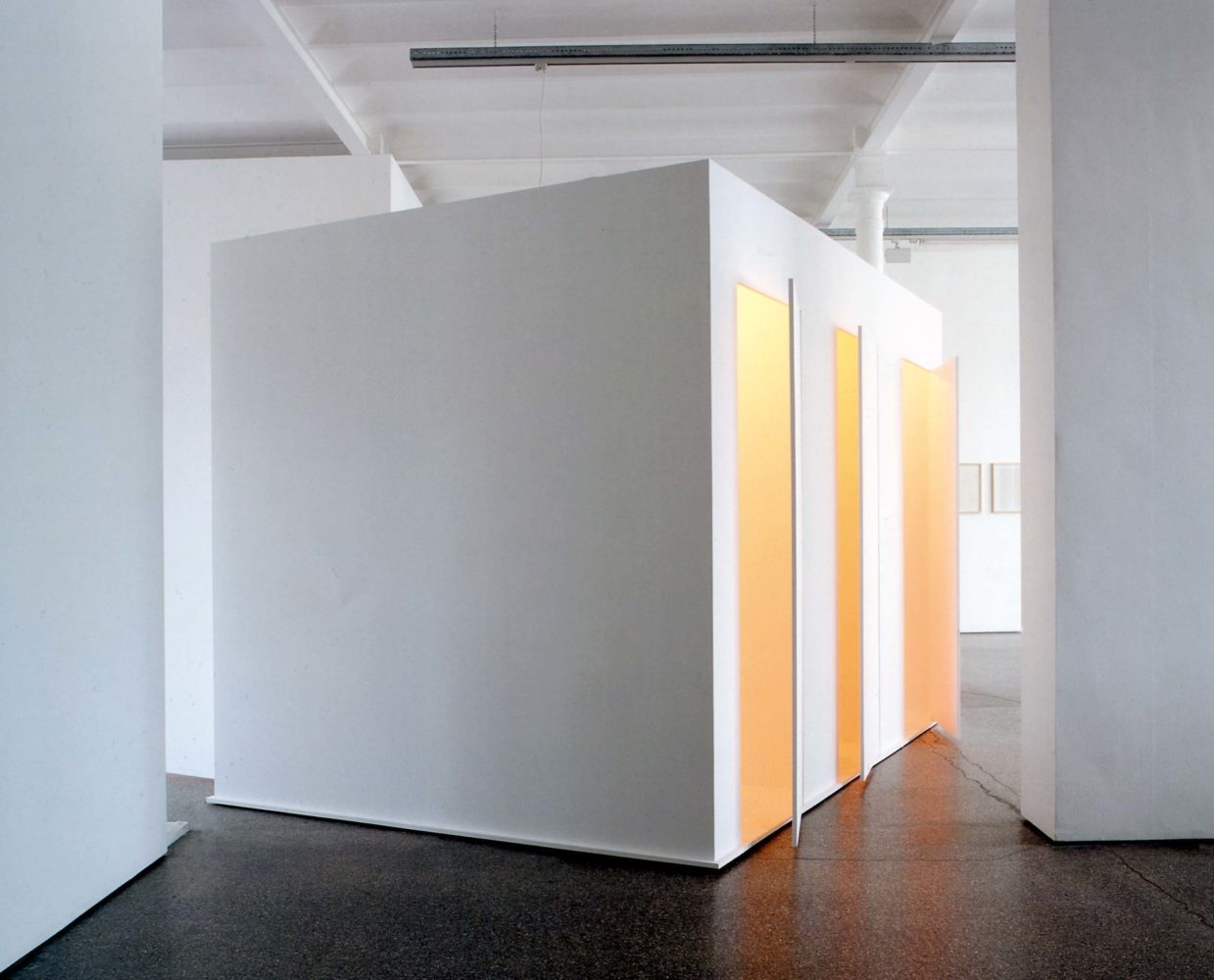 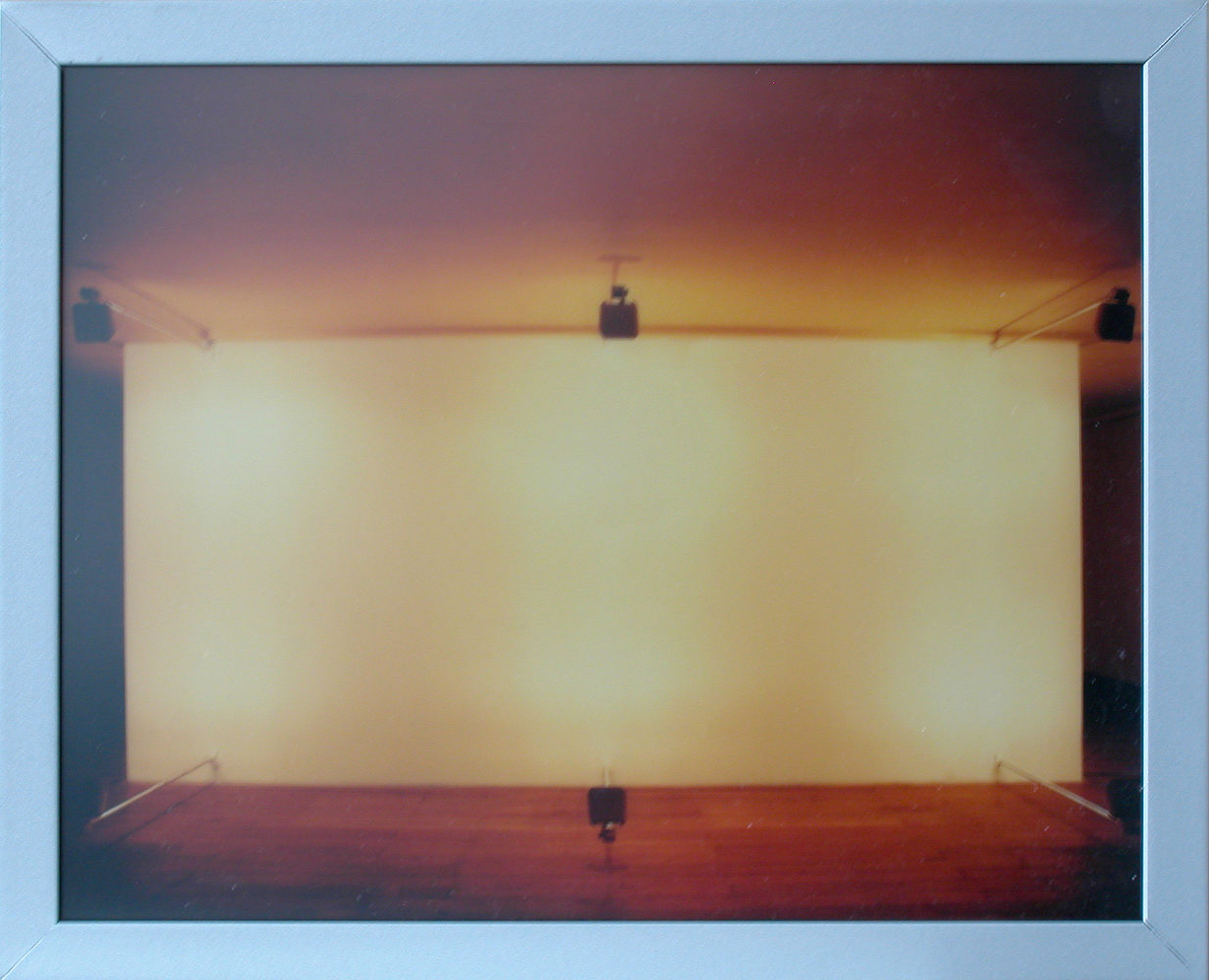 “The works that are assembled in this part of the gallery space are much more personal in tone; they are tightly interwoven with my personal history – not only as an artist, but as a private individual as well. Which in turn serves to deflate the harshness and the self-consciously impersonal rigor of the works in the adjoining space.”

“The decision to install the Light Rooms, the oldest work in the whole show, was informed by a whole series of personal considerations. First of all – and keeping in mind this is something of a ‘retrospective’ – this was the work that first brought me to the attention of the international art world.

It was first shown in Mexico City’s Ex Teresa back in 1999, where none other than your very own Jan Hoet bumped into it – on the strength of this work alone, he then invited me to take part in the Sonsbeek exhibition of 2001.

Being only 18 years old at the time, I of course felt totally exhilarated – but didn’t really believe him until, in the spring of 2001, I actually received the formal invitation to that very show. That not only triggered my first trip to Europe, but also inaugurated something of a love affair between myself and your country (as opposed to Holland, where the show actually took place) and its great capital city that continues until today.

I’d like to think that eventually led me to showing my work in this formidable gallery and my subsequent moving to Brussels. I want the Light Rooms to memorialize that originary moment of exposure and discovery – yes, in some way or other I’d like to think of it as a monument.”

“The picture from Casa Barragan that welcomes the visitor as the exhibition’s inaugural statement not only brings into play the double bind of the tautological and the autoreflexive that permeates my work as a whole – picturing the frame that frames the picture and so on –  but also highlights some of the geo-specifics of my artistic practice.

It might not particularly show all that well in my work, but both Barragan’s use of color and space have proven very influential indeed.

The actual, original picture – here seen in its frame, against the wall of the entrance hall – was made on a trip along some of Barragan’s lesser known buildings on the outskirts of Mexico City. It depicts a blackboard in a schoolyard – I liked the pictorial drama of the blackboard as the archetypal site of learning, display, transfer of thought and information, which are of course recurring themes in my own work; incidentally, the aesthetics of display are also quite crucial to Barragan’s concept of housing.

I then decided to frame the picture and hung it on an unused little nail in the wall of the entrance hall. When the group show in which this particular work figured was dismantled, the workers forgot to take off the frame – it was that well integrated into the scenery of Casa Barragan that they thought it had always been there. Which I considered to be quite a compliment of course.”