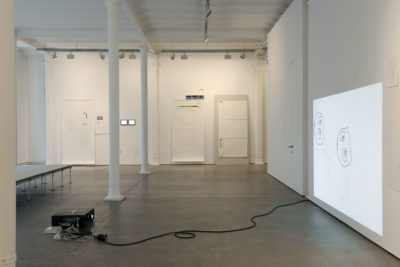 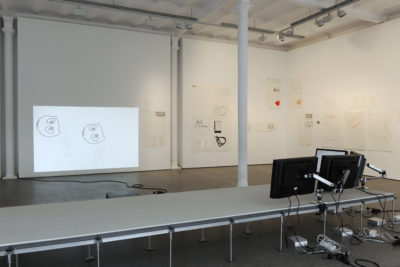 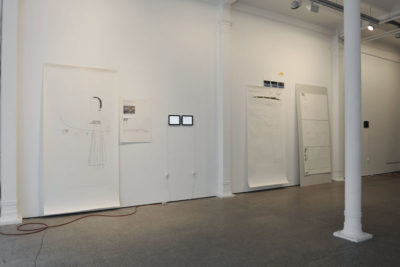 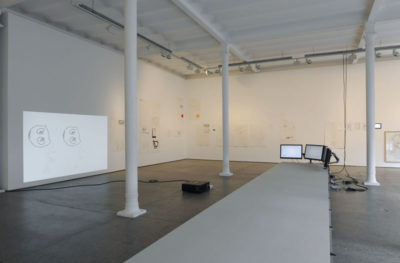 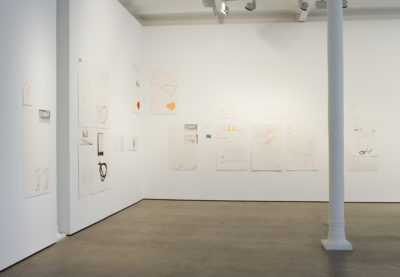 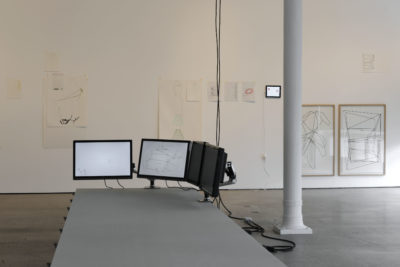 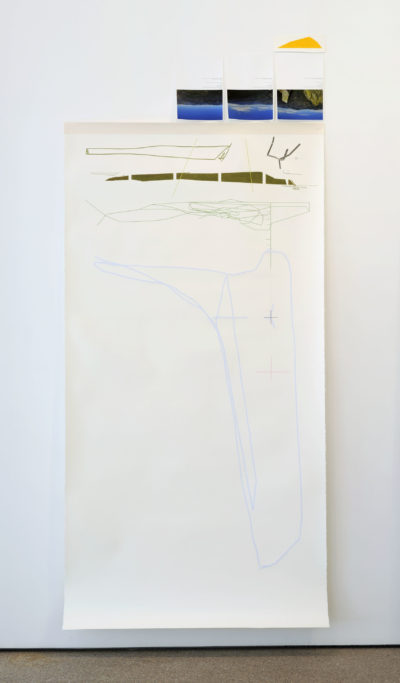 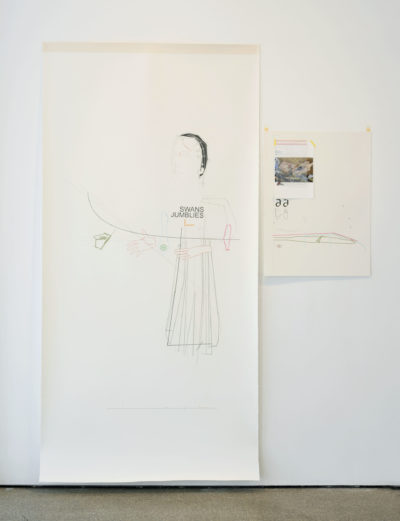 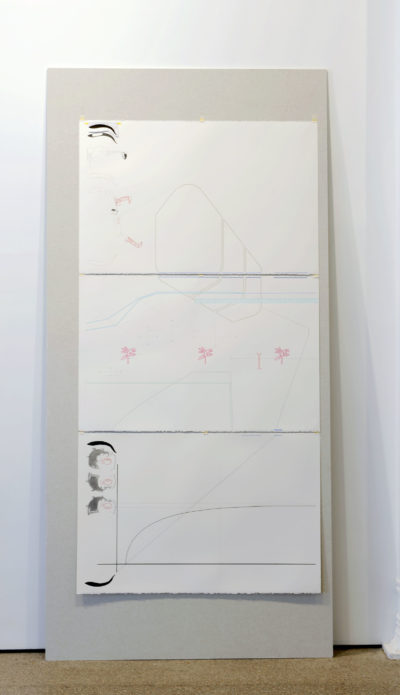 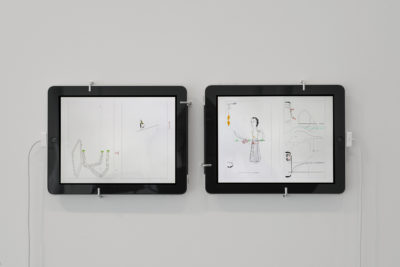 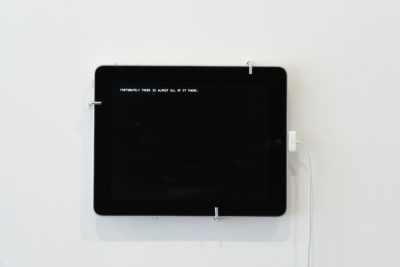 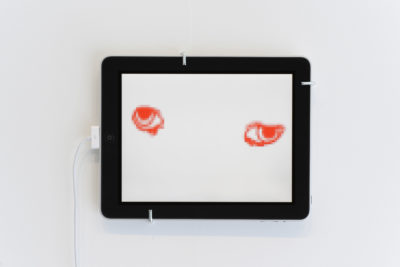 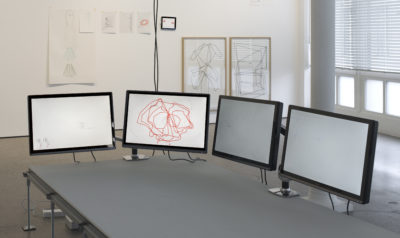 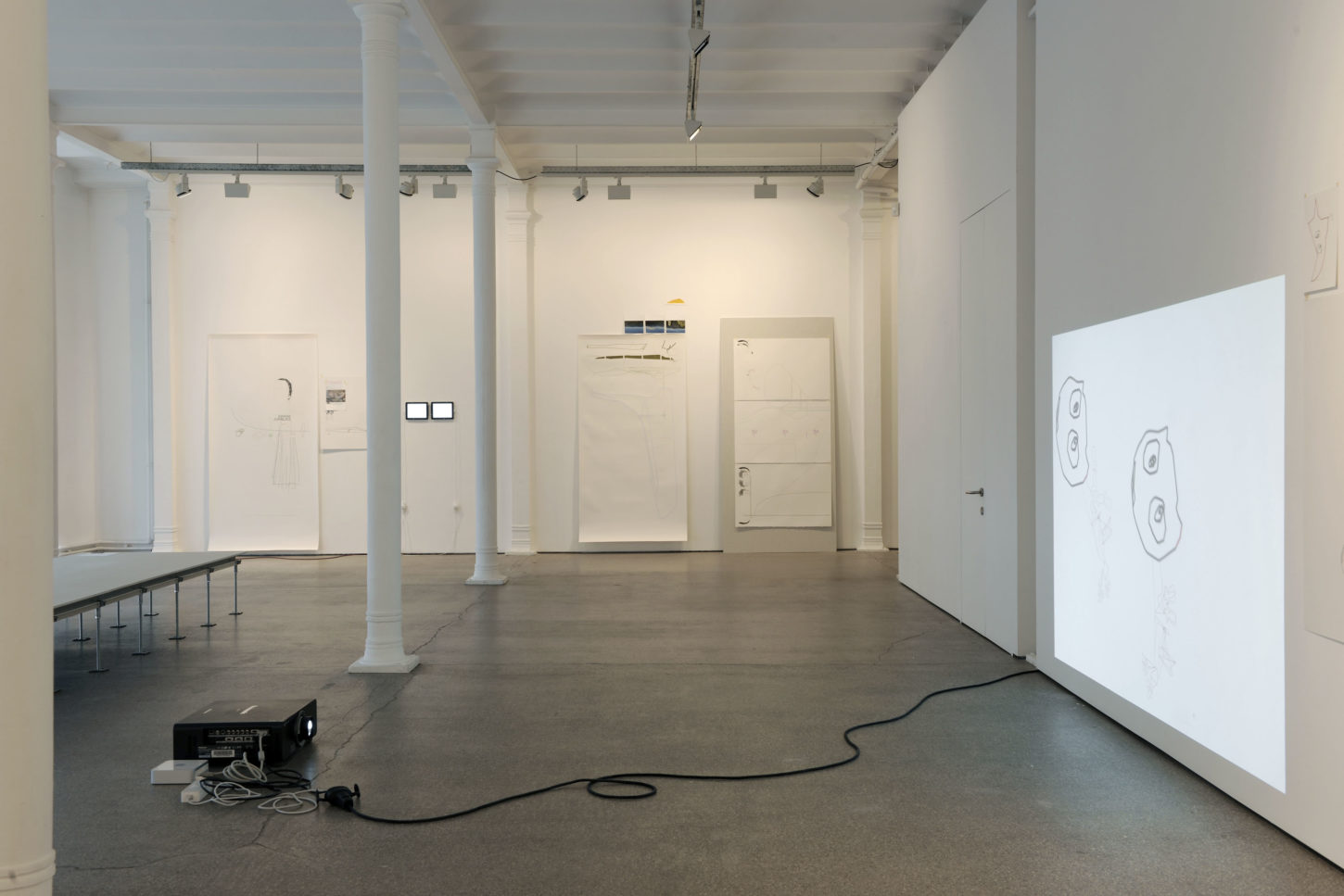 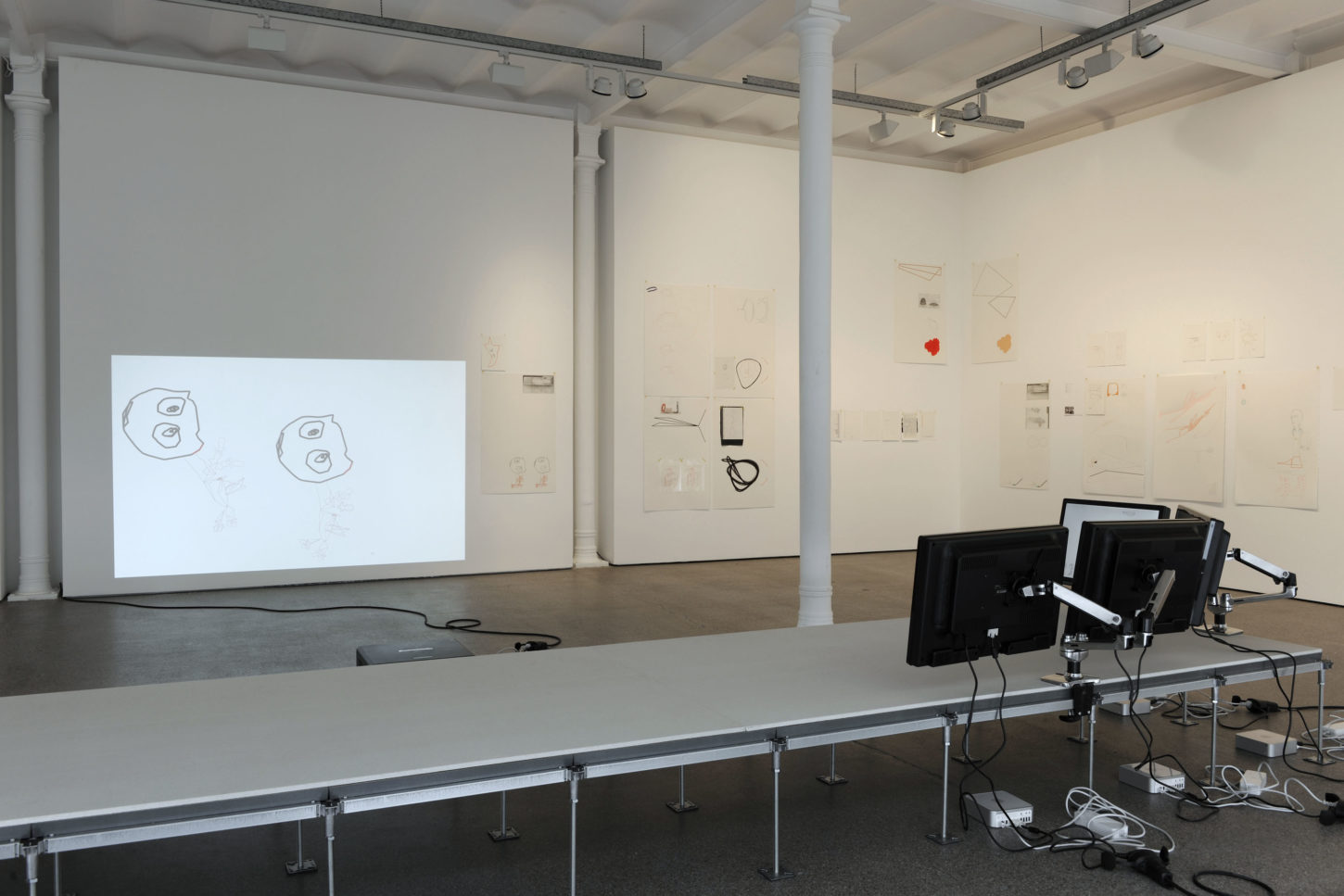 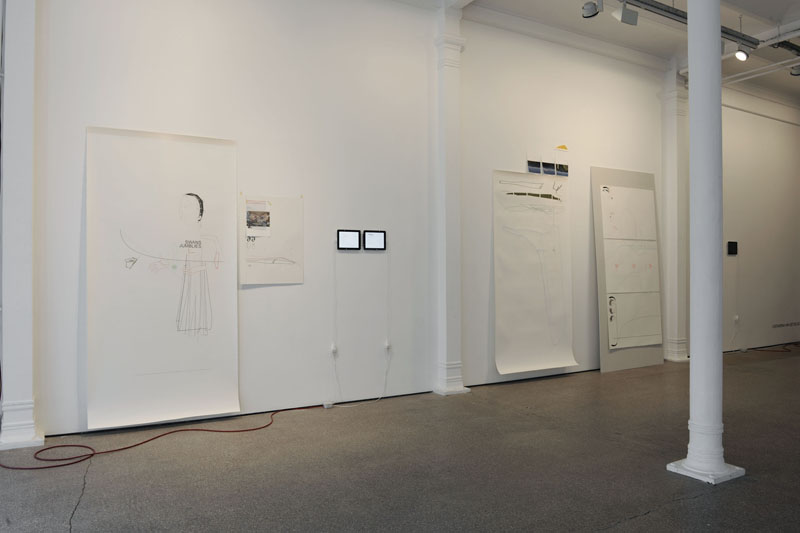 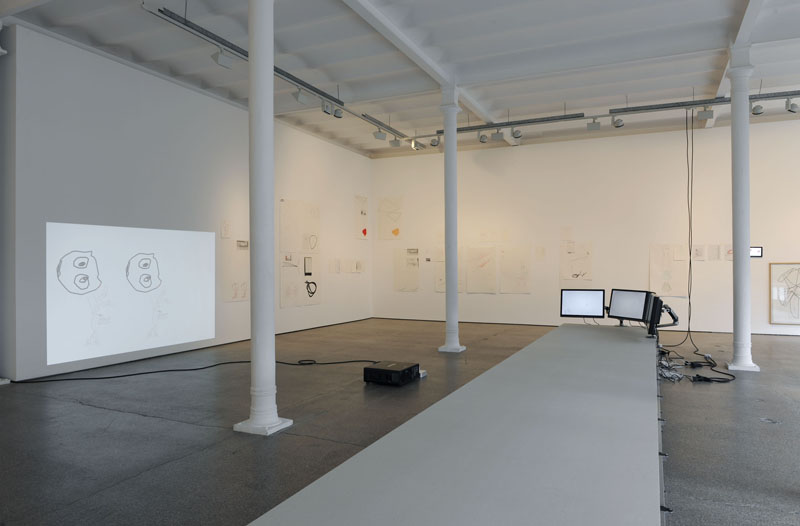 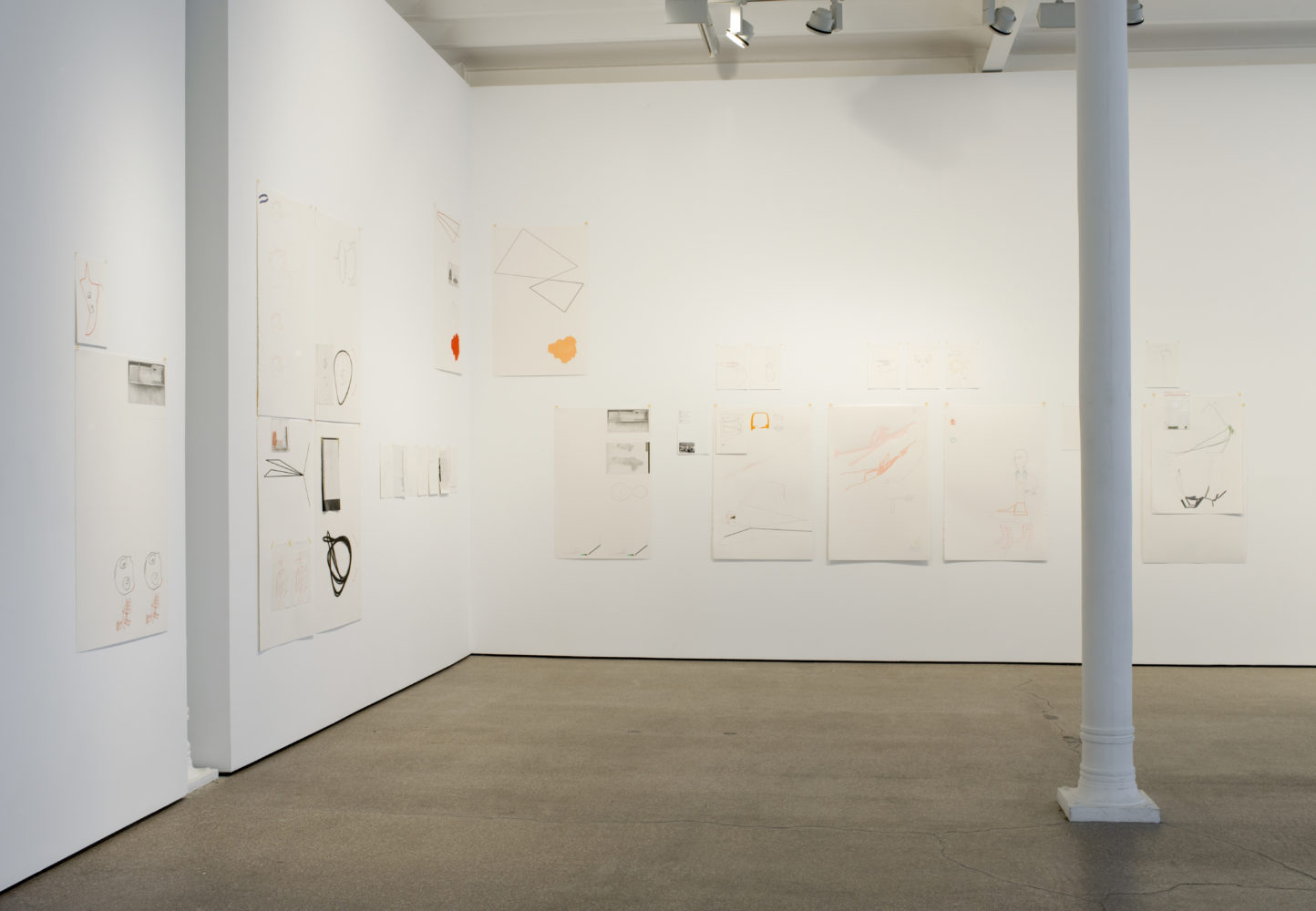 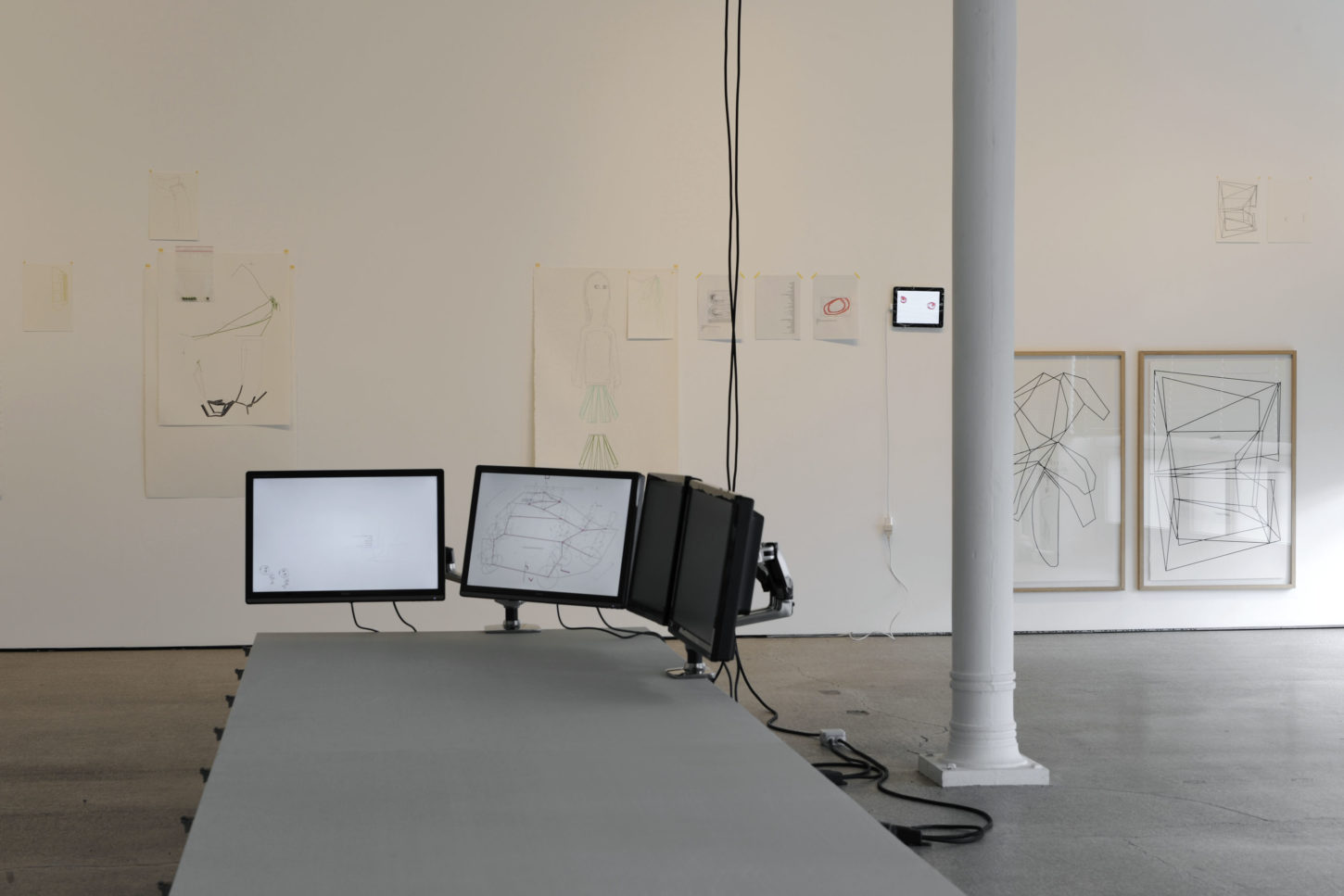 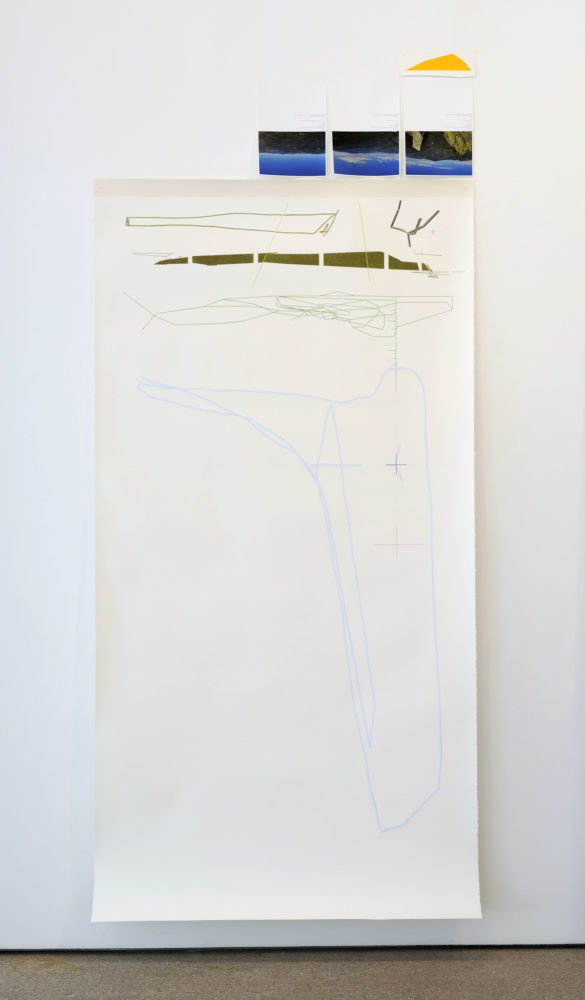 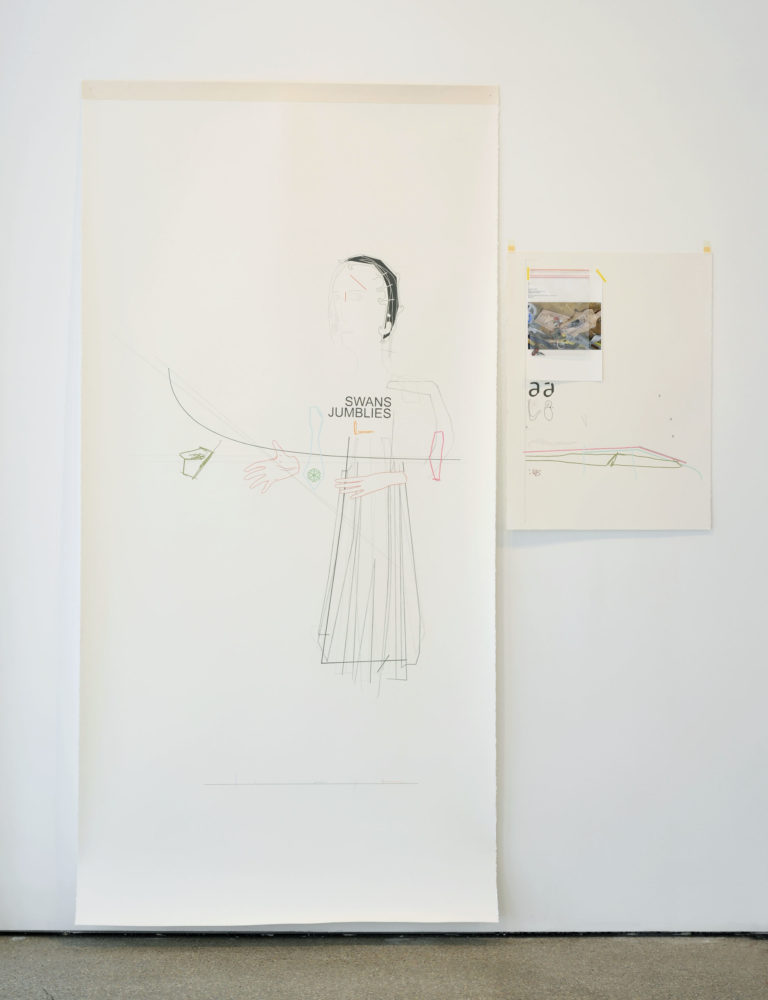 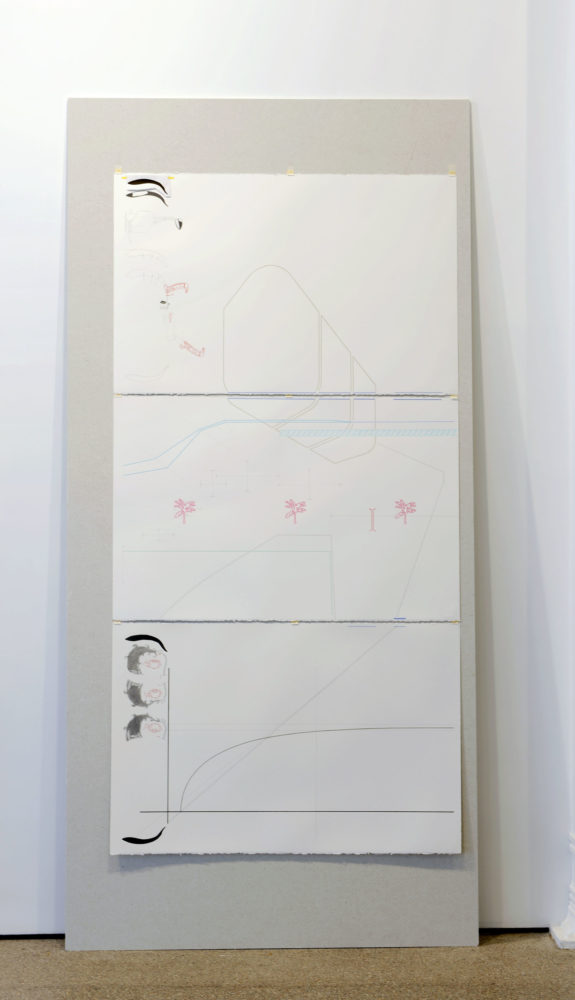 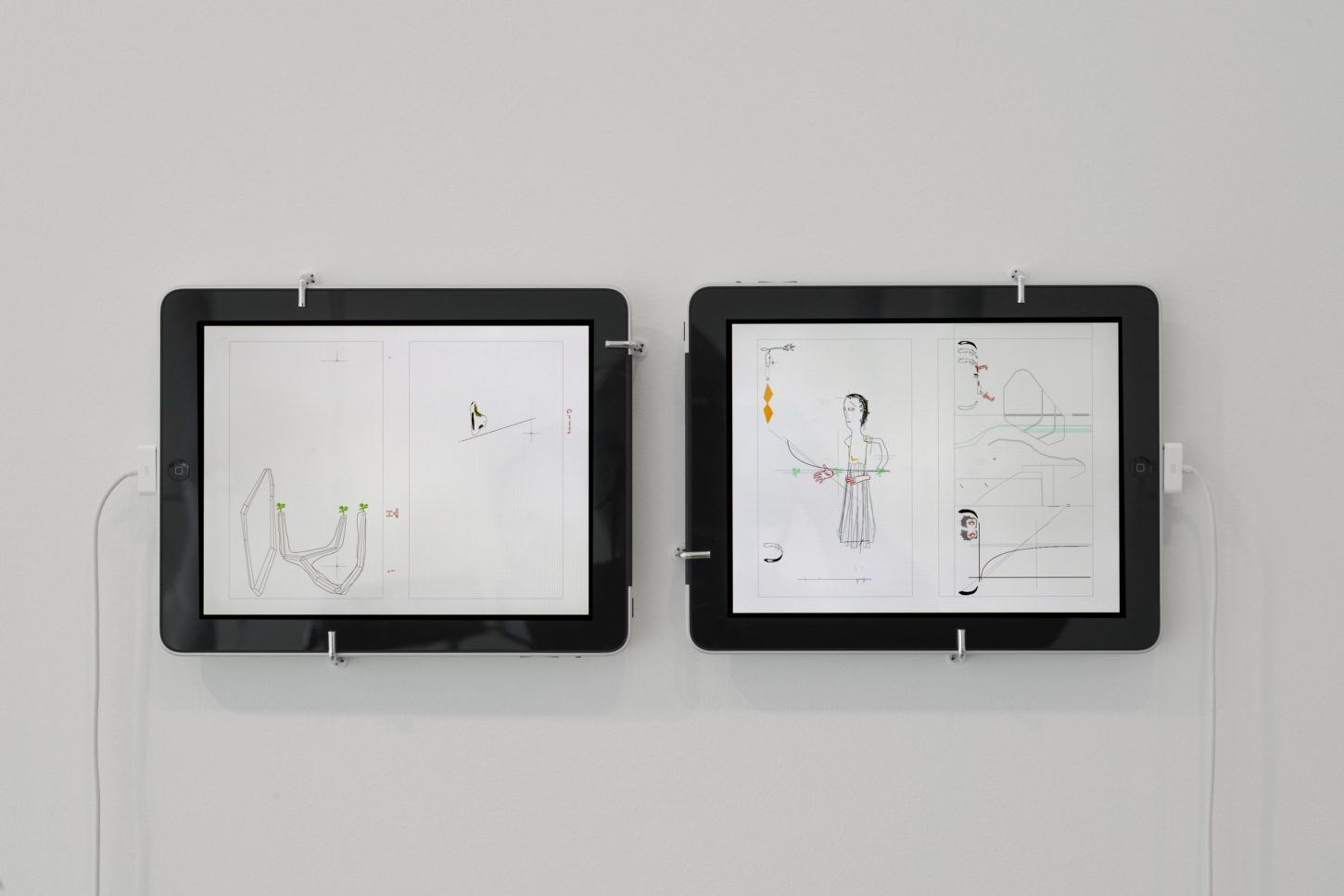 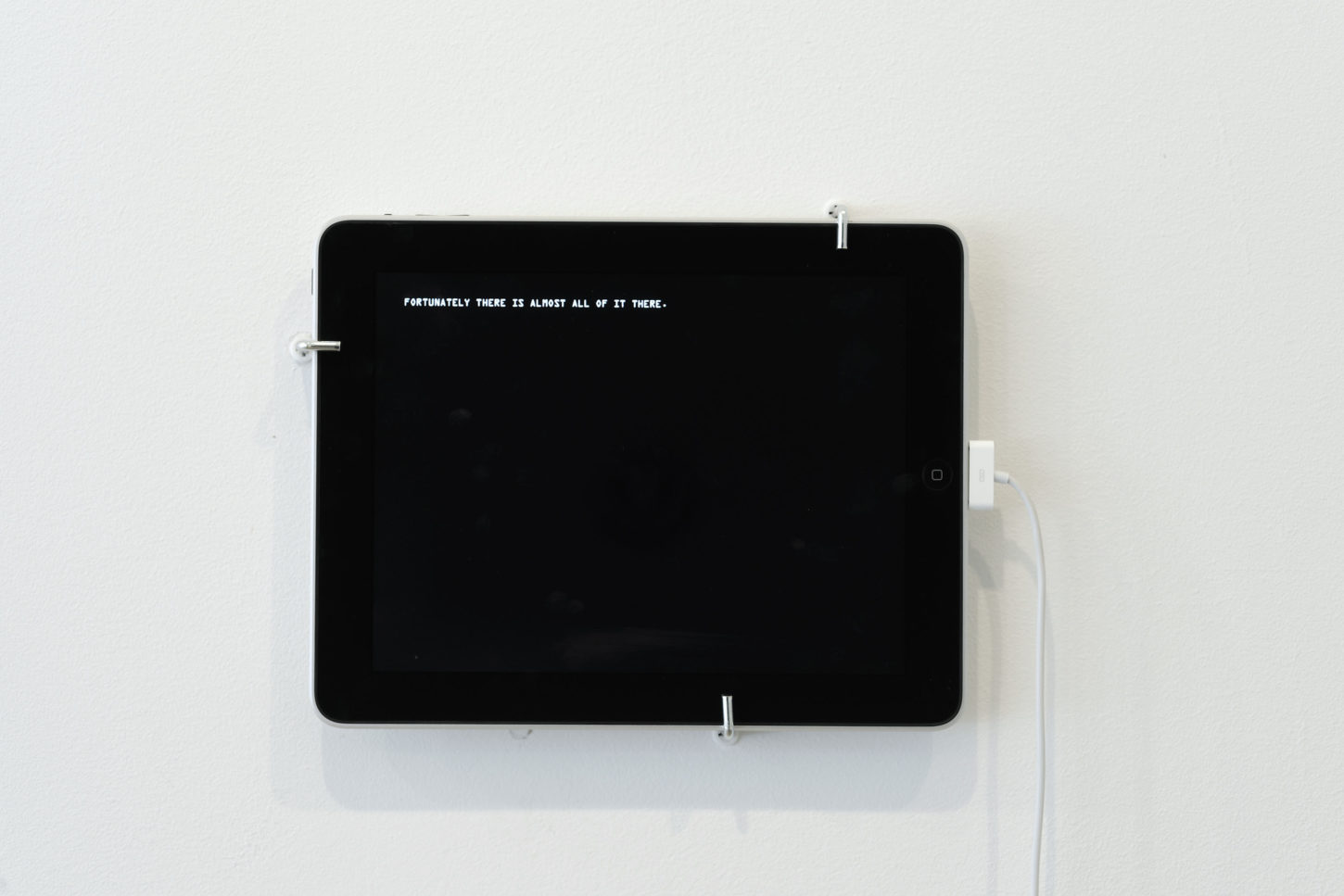 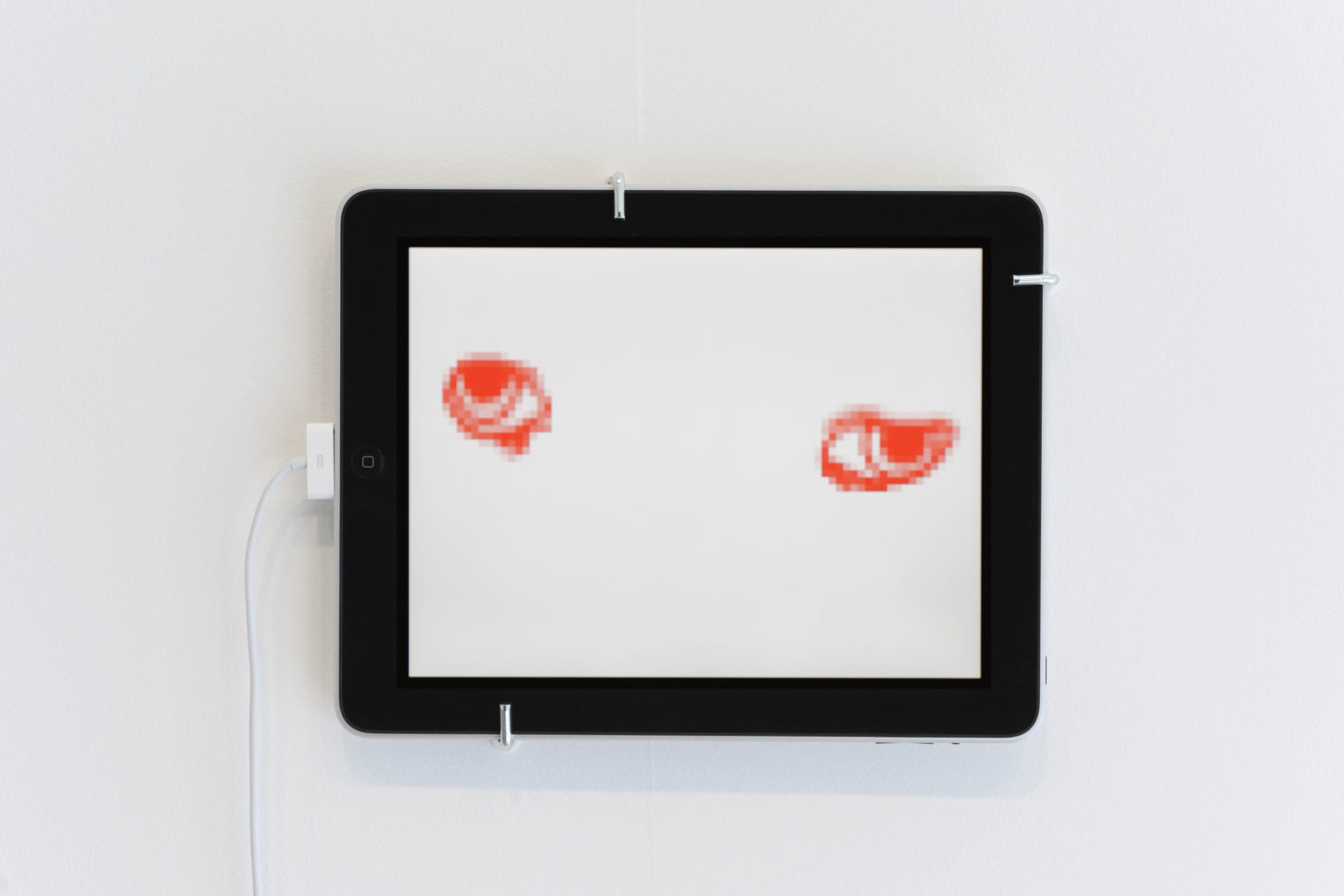 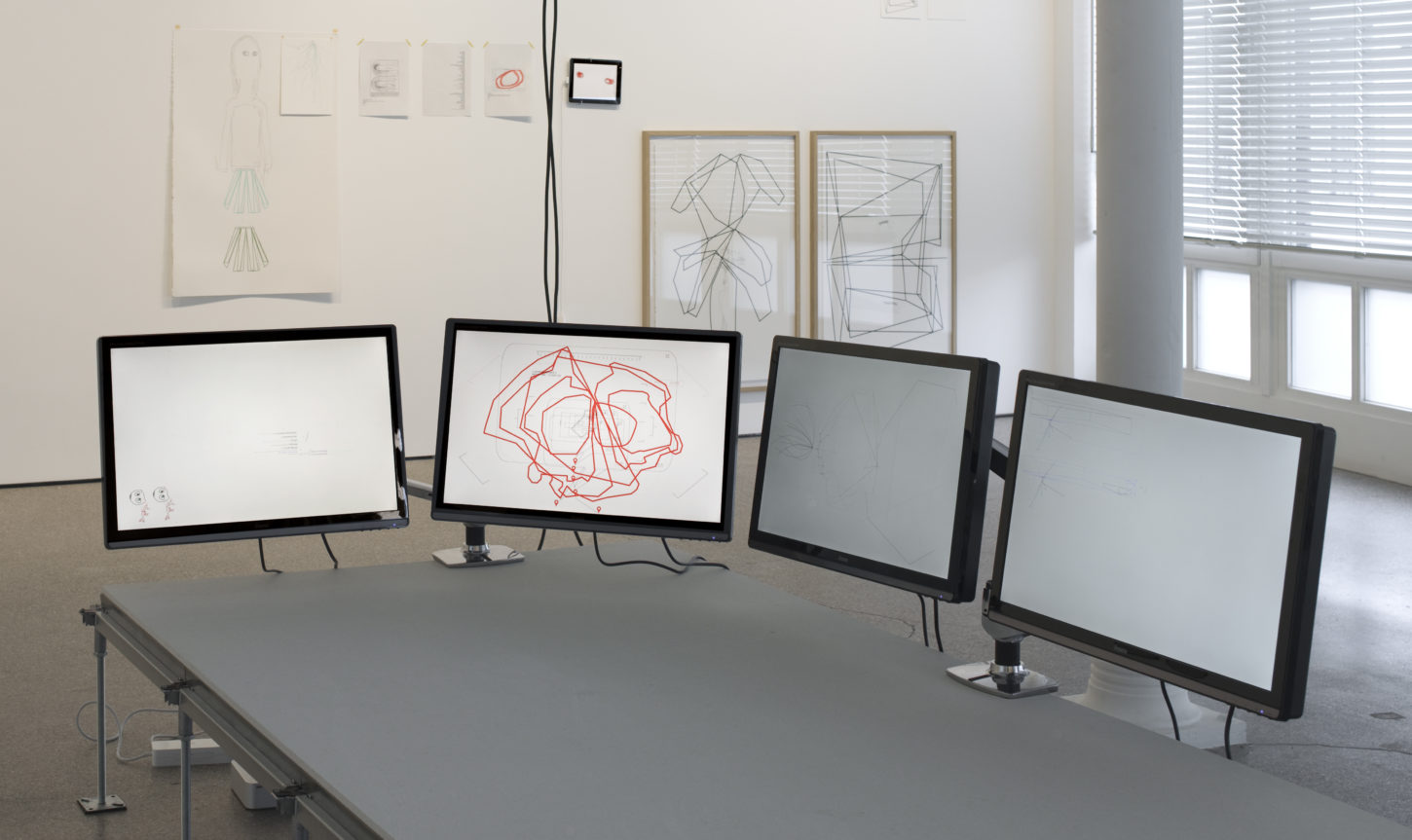 Greta Meert Gallery opens its new season with work by Belgian artist Catharina van Eetvelde (Gent, 1967), laureate of the Prix de Guerlain 2010. It is her second solo exhibition in the gallery.

Catharina van Eetvelde explores both the expressive and the stylising power of the line. Starting from a strict drawing of the line and an economical use of colour, she composes particular universes of forms with a compositorial, technological and narrative complexity of their own.

The forceful layering of her work can partly be attributed to its serial procedure (Jam, 2005; Glu, 2007). The series functions as a system, as an organising unit. It provides the semantic structure and determines the elaboration of an image in a drawing, installation or animation and the possible correlation with other ‘systems’ such as music (Glu, 2007) or the spoken word (Cruise, 2002-03).

In the present exhibition Catharina van Eetvelde sets out to analyse the structural system and the methodology of her own medium. She enters a meta-level that is not unfamiliar to her work:

“Il y a comme un fil rouge: le sujet même du dessin, je dessine sur le dessin. Je le pousse à son exrème, je le teste, je vois ce que le medium peut supporter et porter.” (“There is, as it were, a connecting theme: the subject of the drawing, I draw on the drawing, I drive it to extremes, I put it to the test, I search for what the medium can take and bear”)

Van Eetvelde’s drawings demonstrate the topicality and relevance of the art of drawing in a digitised world. The current development of the medium shows itself not in pixels or vectors, but in CTRL-Z, a computer key that executes ‘undo and redo’. The implication of an endless and invisible series of operations touches the essence, the process and the systematic nature of an age-old discipline, and thus changes it irrevocably.

The central concept of this exhibition rests on the ERG metaphor.

ERG = wind-swept sand dunes, continuously changing under the impact of the wind.

ERG highlights the central question: How can formal organisation be achieved when the parameters are variable? By using CTRL-Z?

On four screens the same movement is shown, from different points of view, each following their own rhythm. ERG looks spontaneous, associative, an écriture automatique, but the knowledge of CTRL-Z contradicts this. The four animations will be shown simultaneously in the Centre Pompidou in Paris, as part of the permanent collection and will be put on shown during ‘elles@pompidou3’.