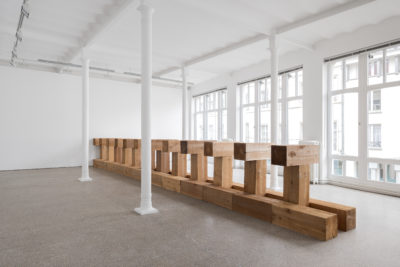 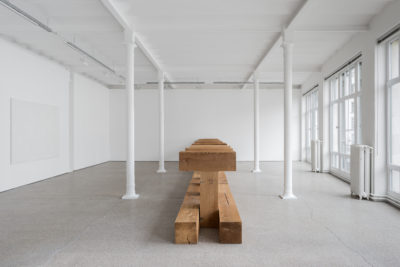 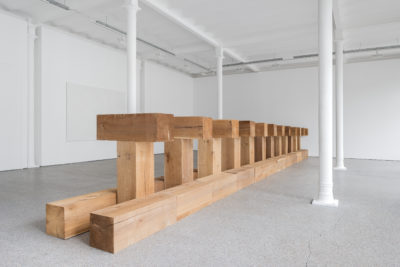 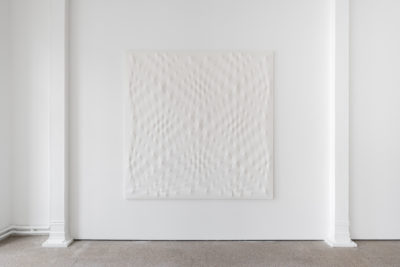 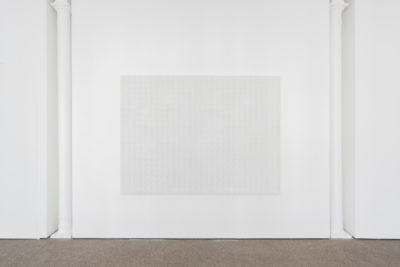 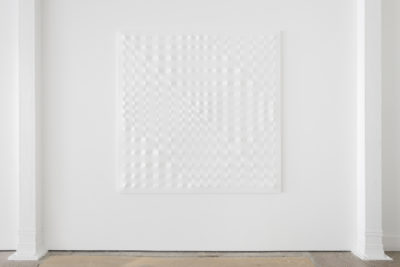 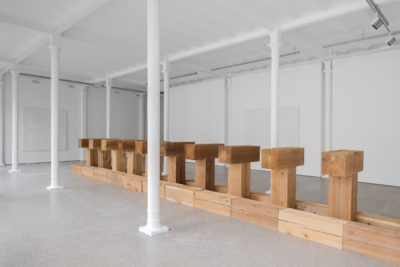 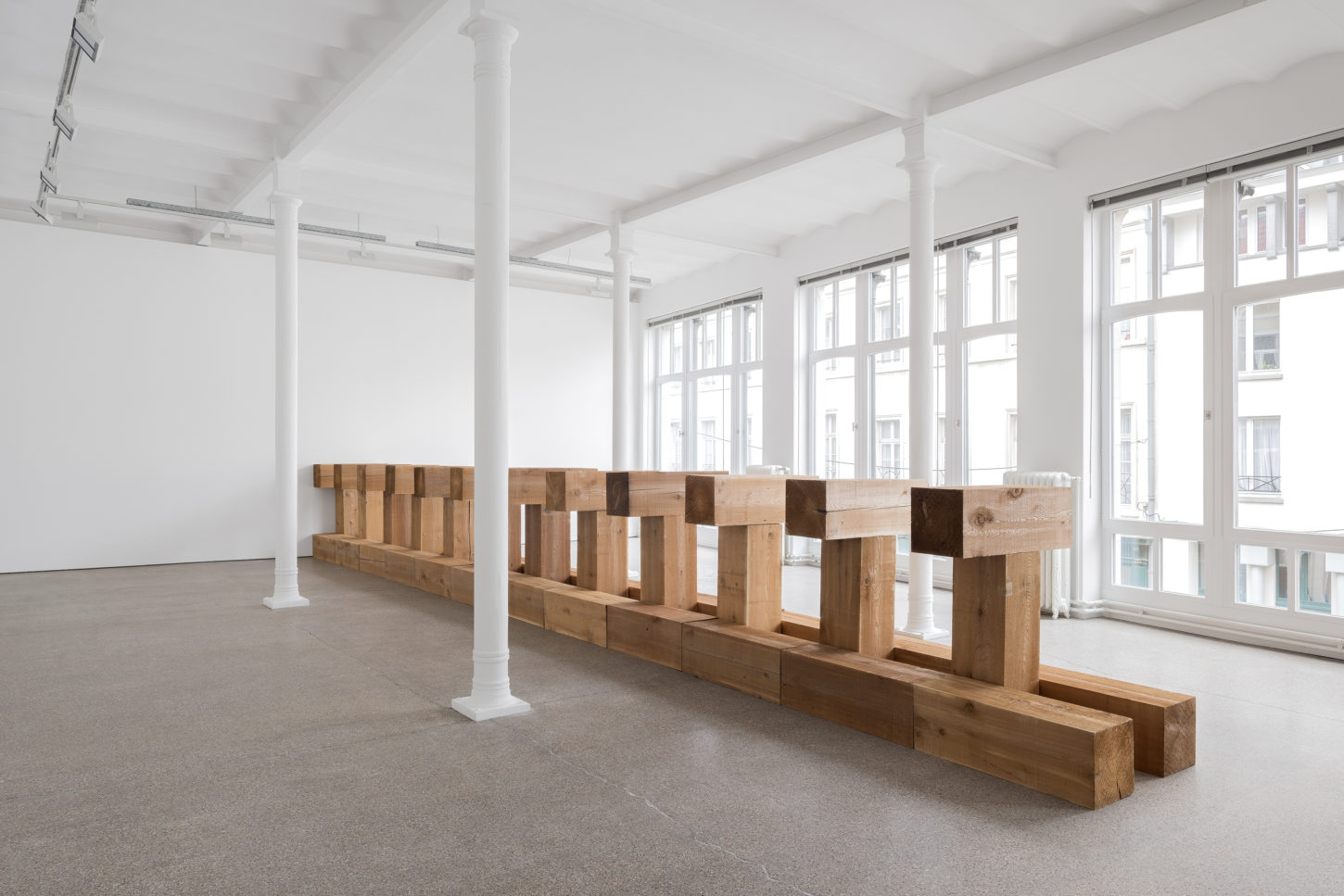 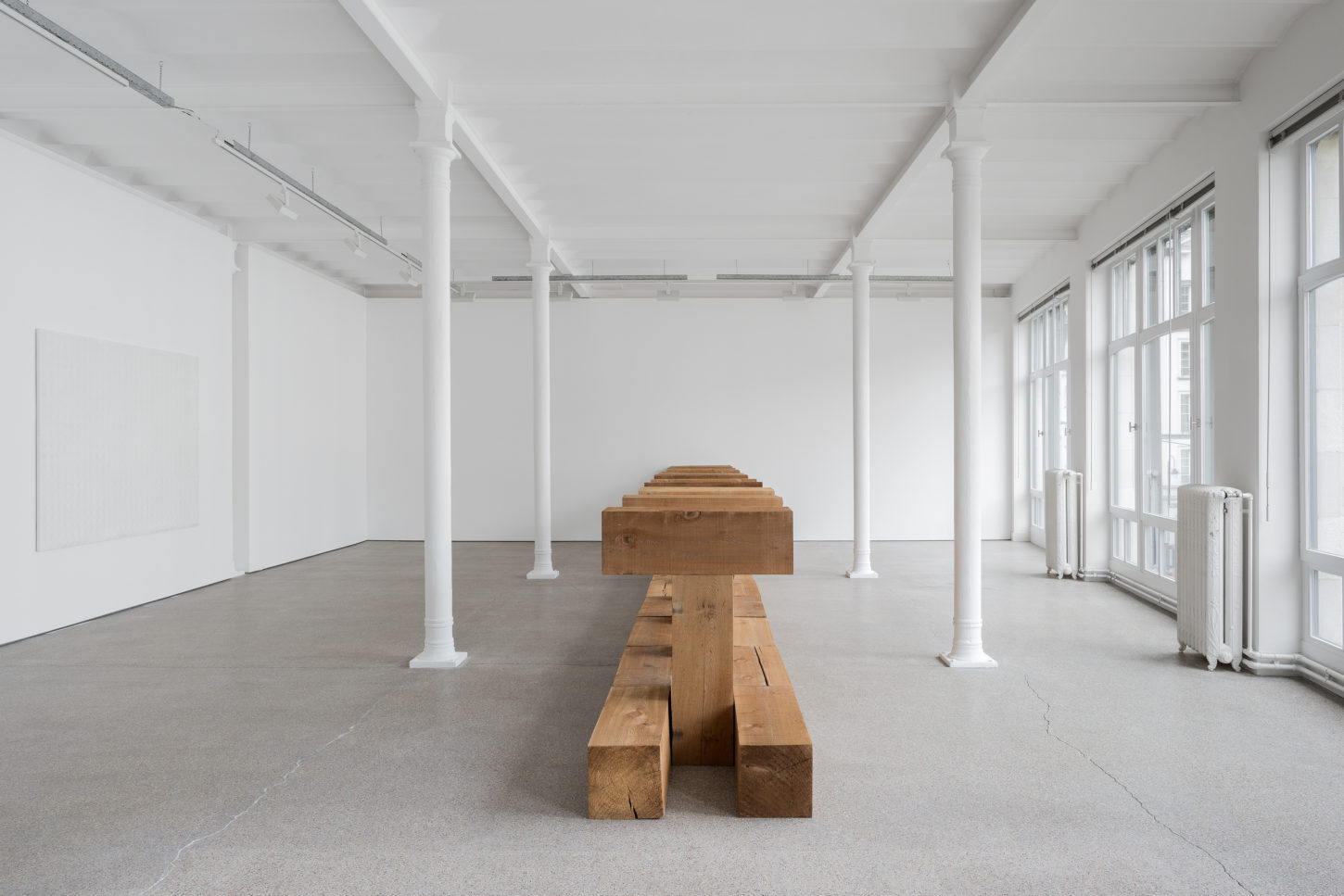 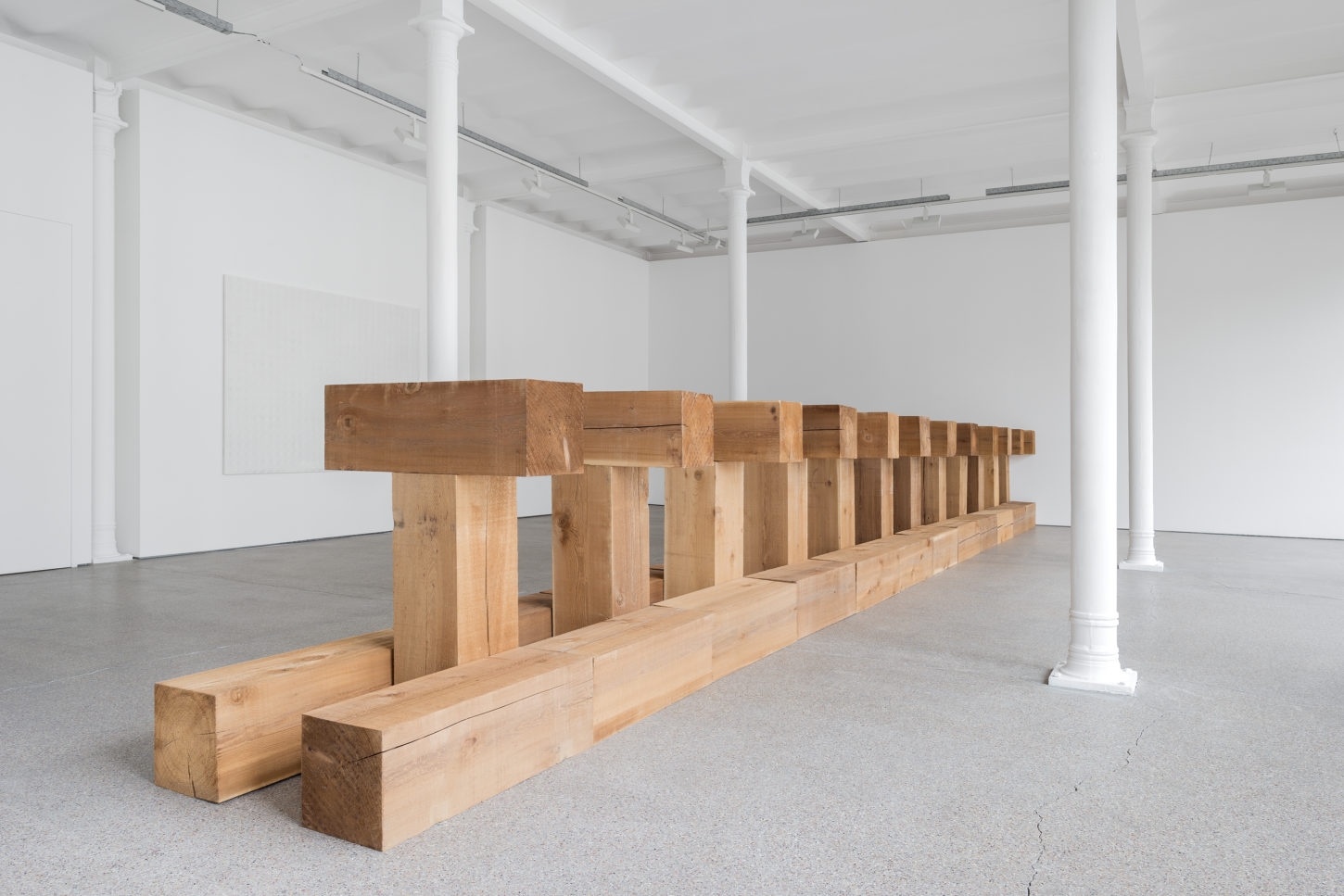 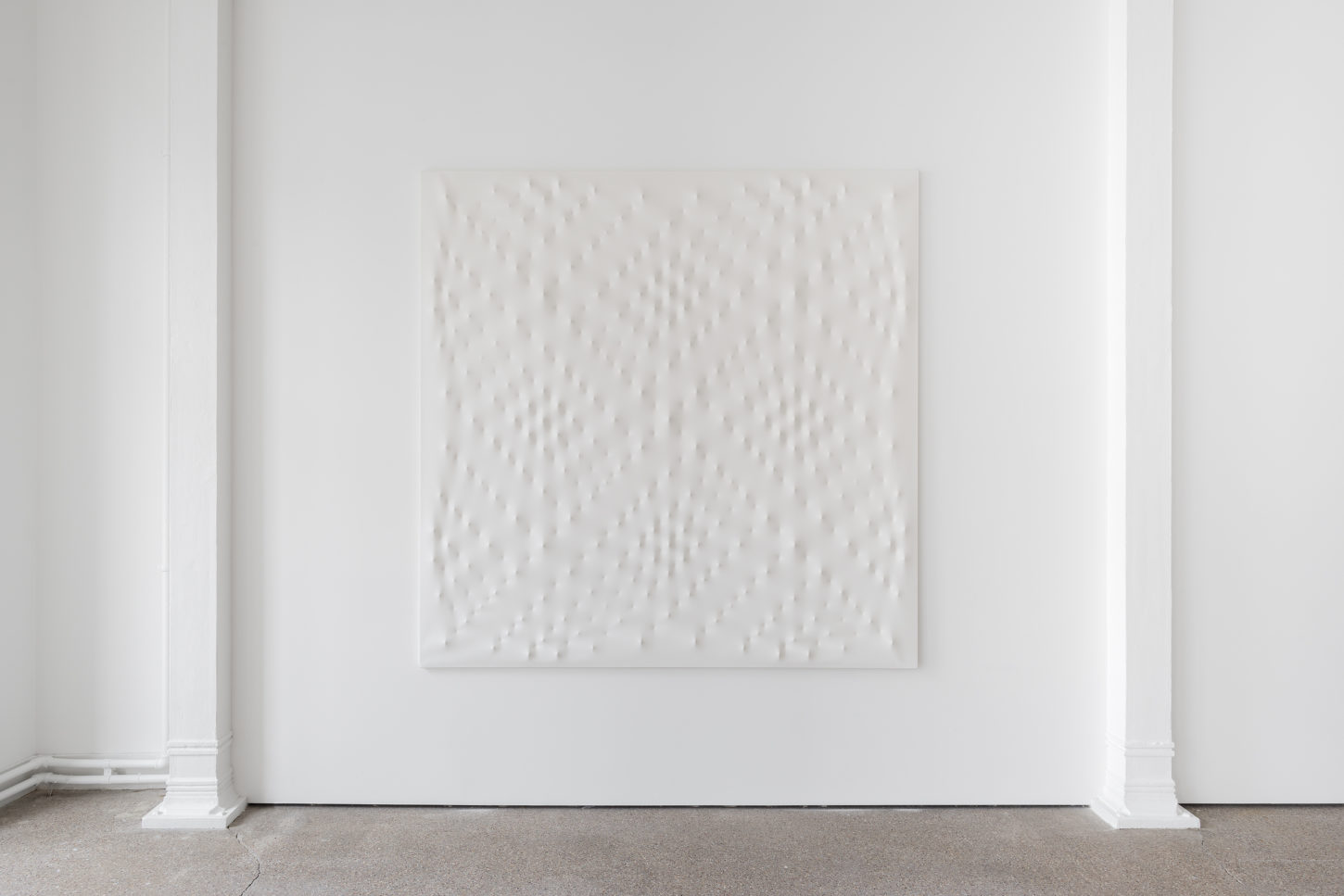 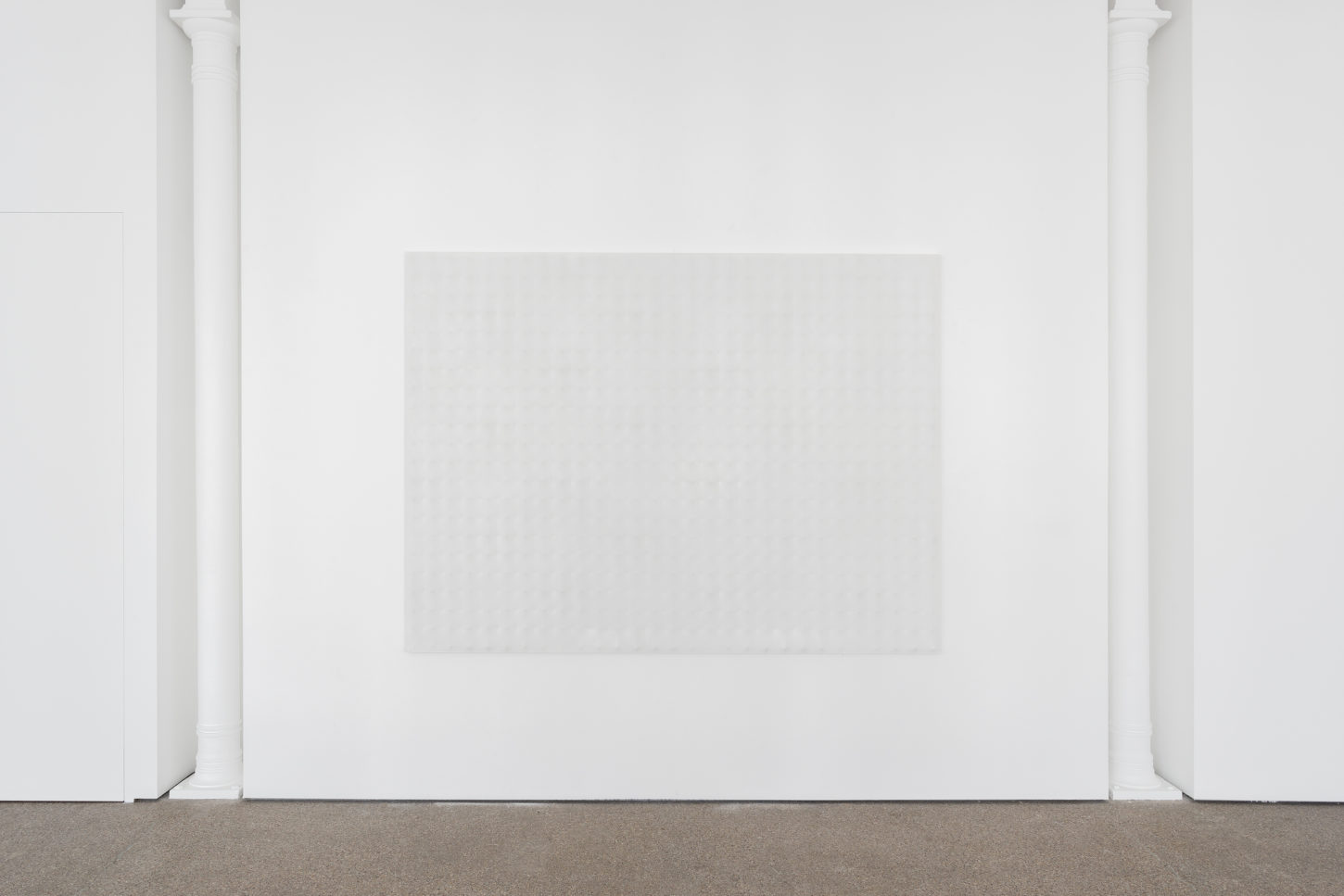 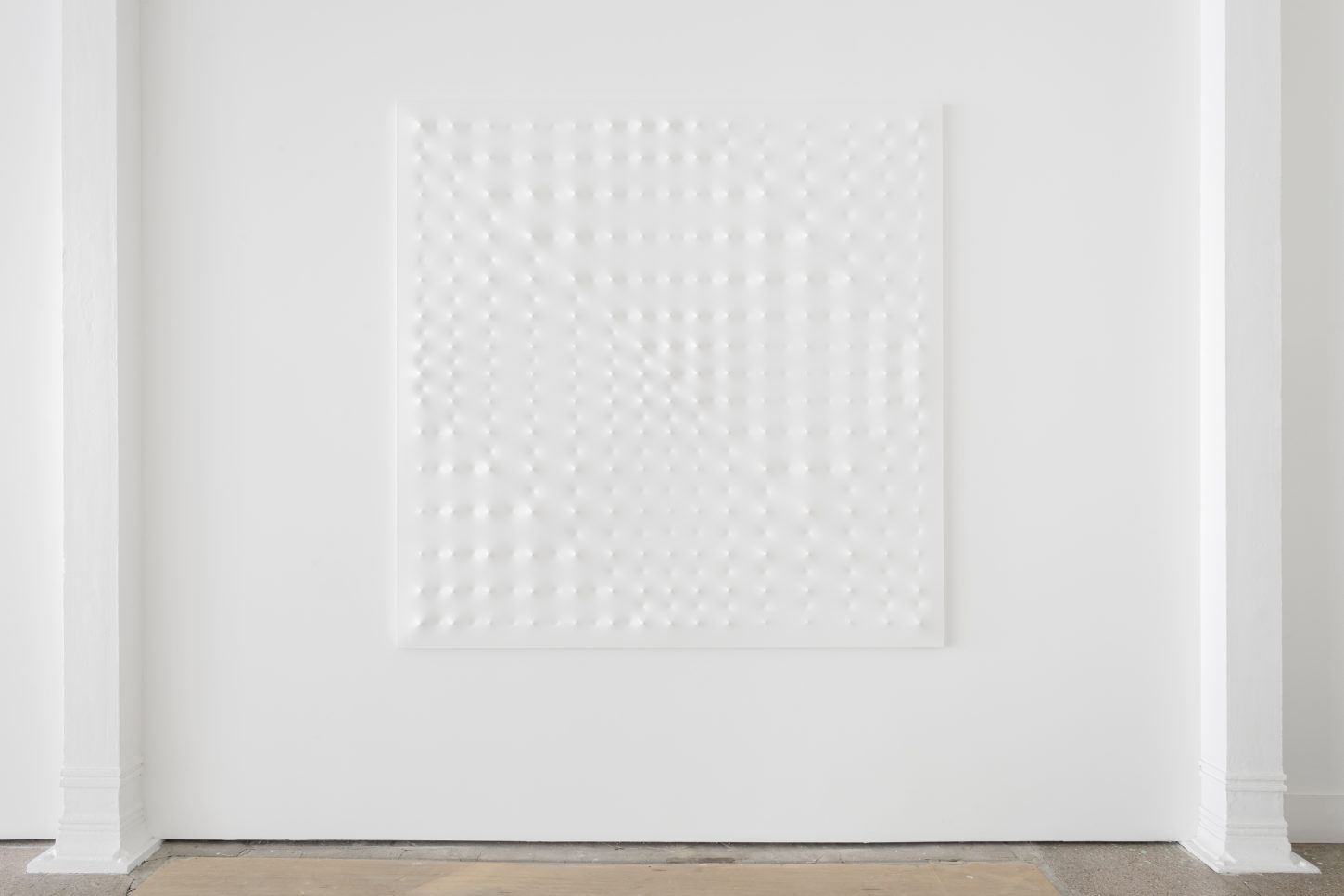 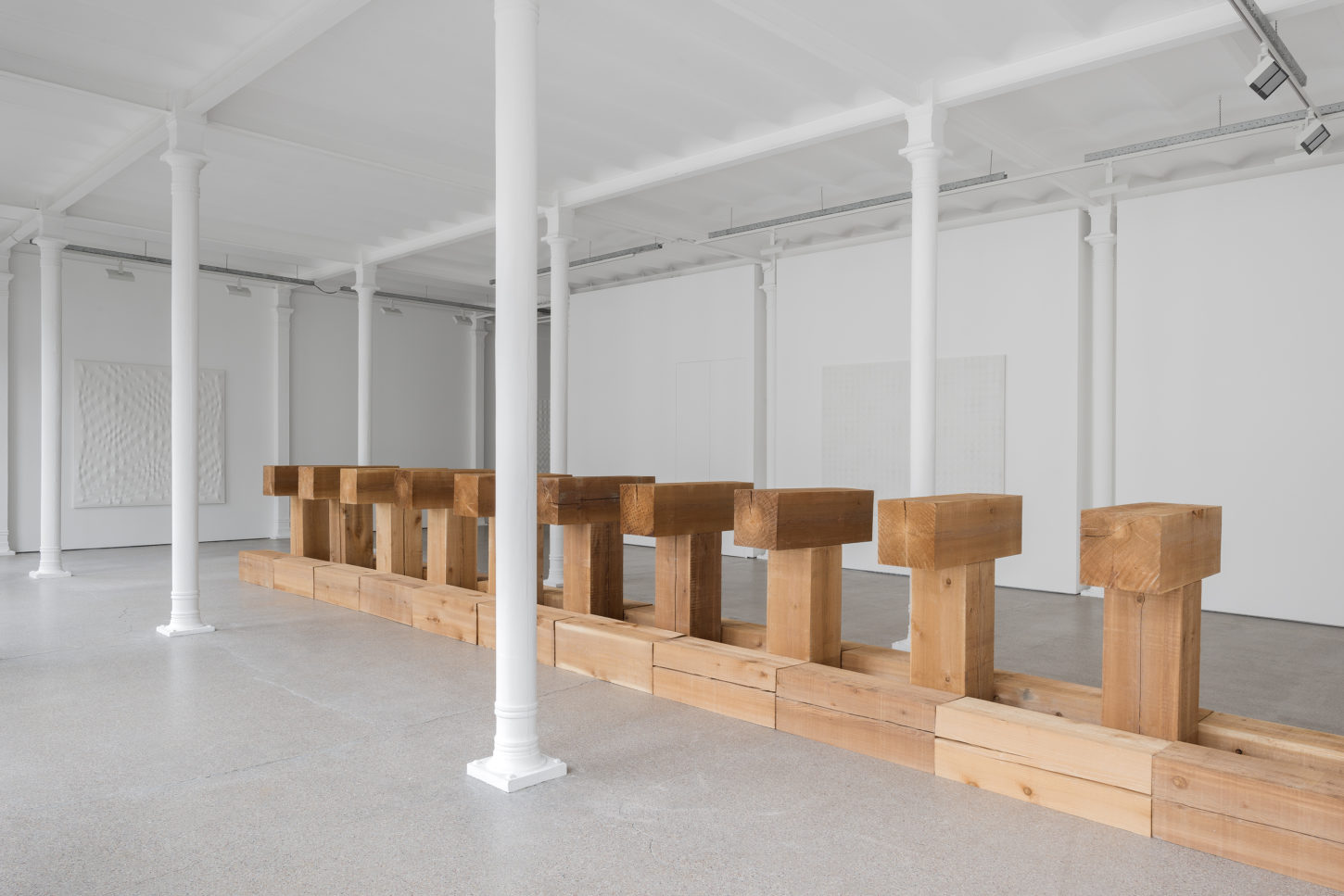 Galerie Greta Meert is proud to present it’s duo show with work by Enrico Castellani and Carl Andre on the first floor of the gallery.

He dedicated himself to the space of the canvas in a multidimensional way. By use of an unconventional and ingenious technique he stretches the canvas like a membrane on an underlying nail structure. These are called “Superficies” pieces, on a monochrome canvas, mostly white. To make them he uses a nail gun to produce a relief-like surface that induces light and shade effects through alternating depressions and raised areas. They reveal a geometrical pattern, a rhythm of positive and negative space, of light and shadow.

The installation on the first floor of the gallery of work by both artists is remi-niscent of architectural and spatial installations, they invite the viewer to walk through the (pictorial) space.