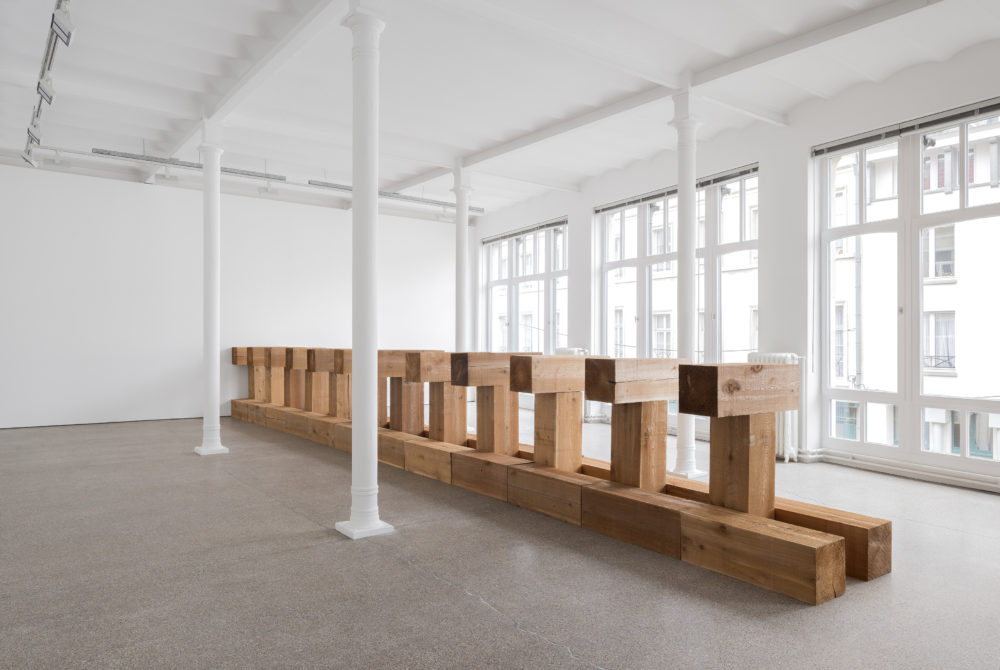 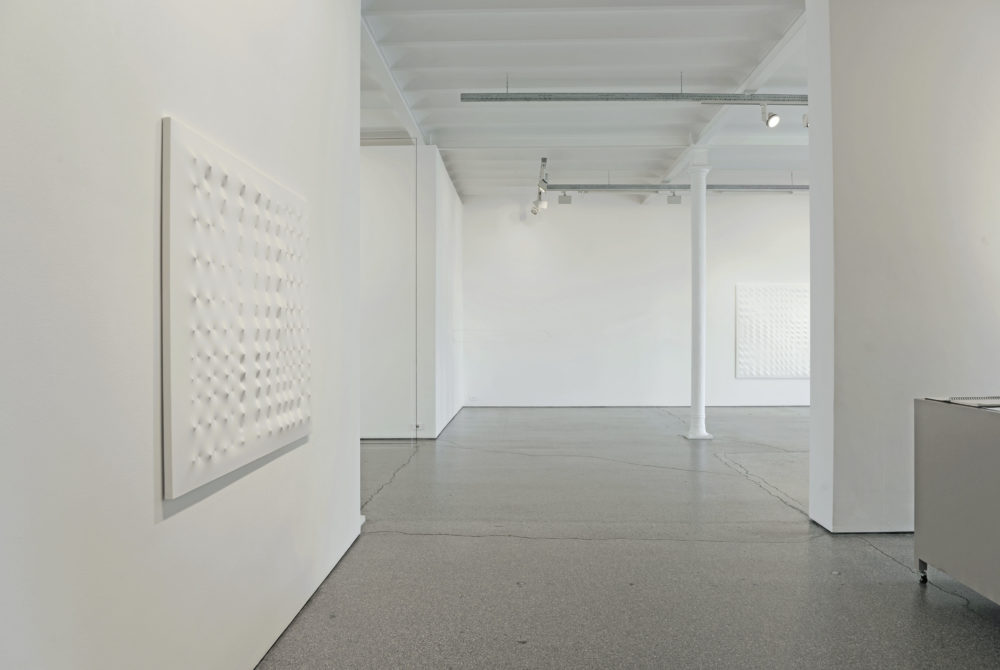 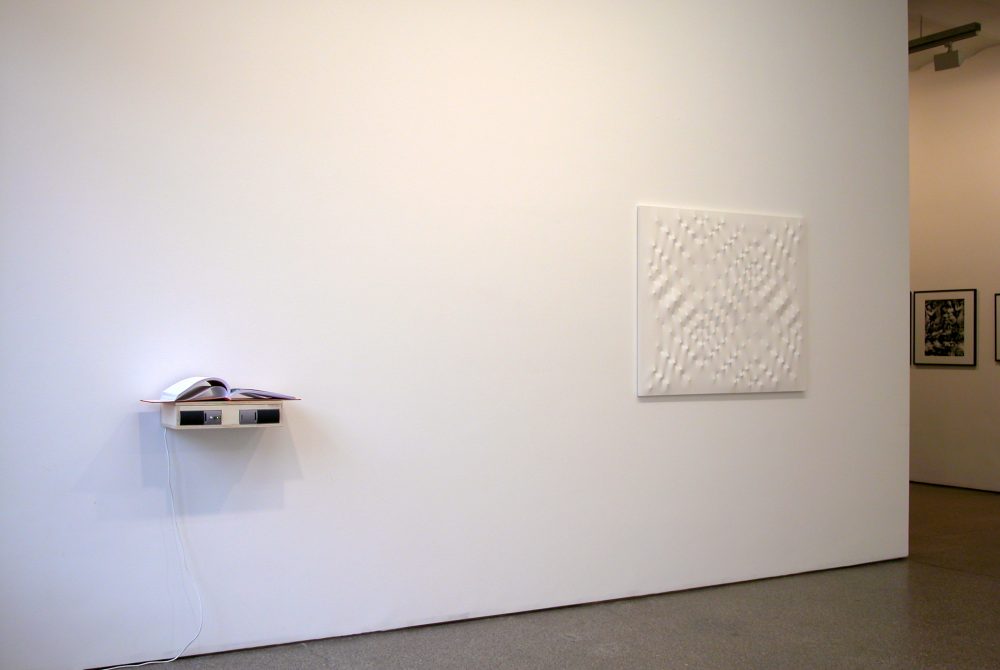 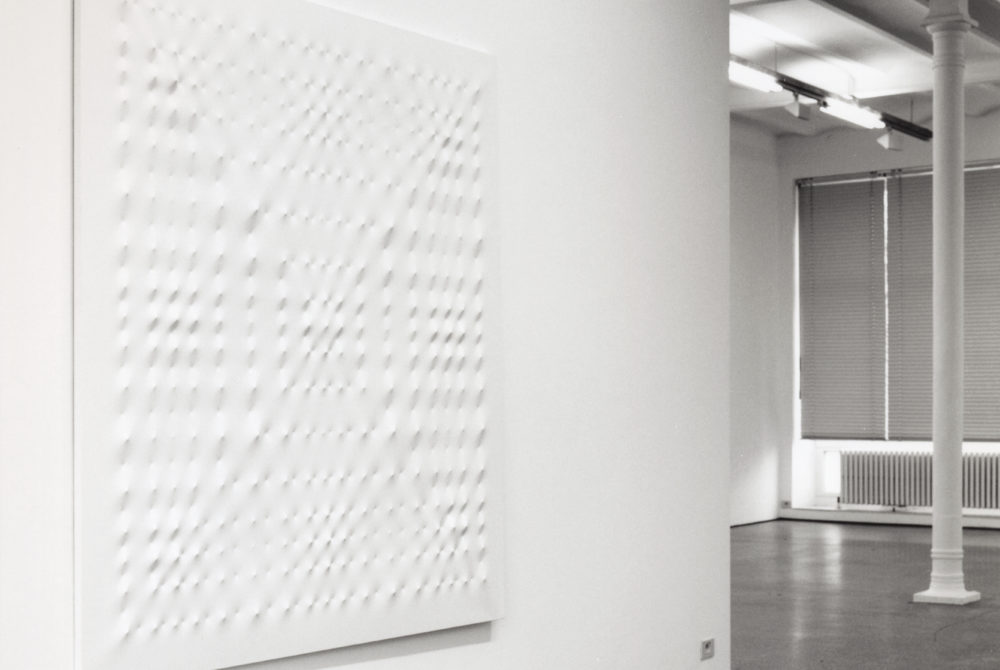 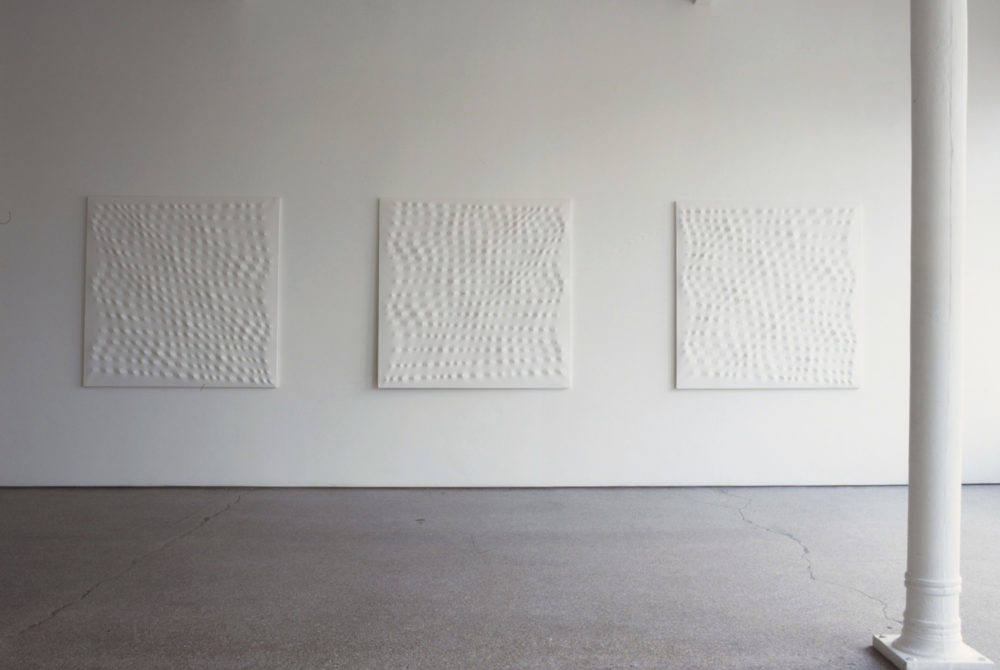 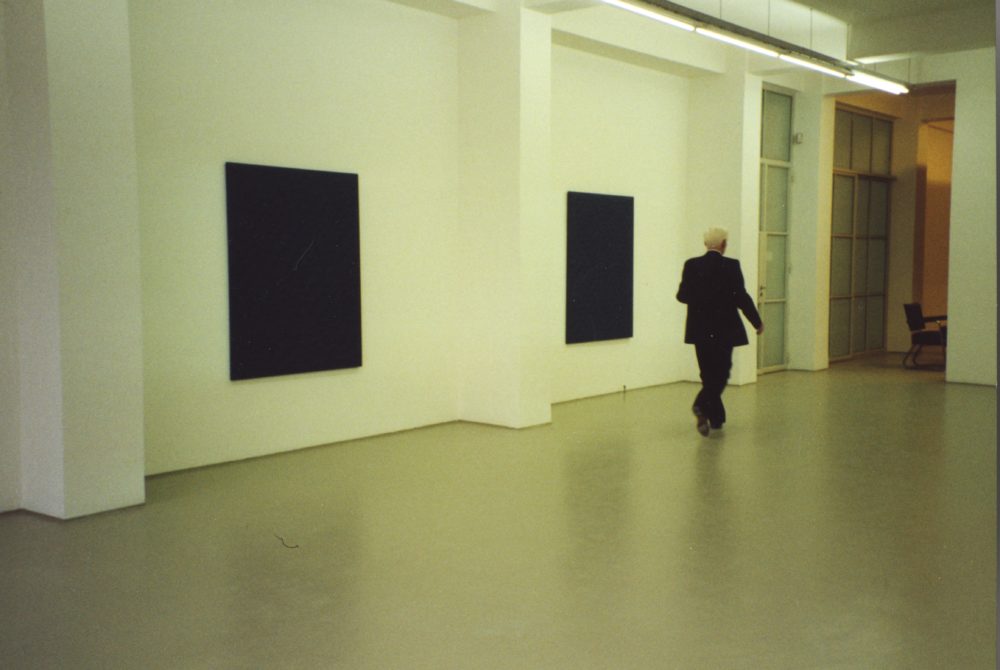 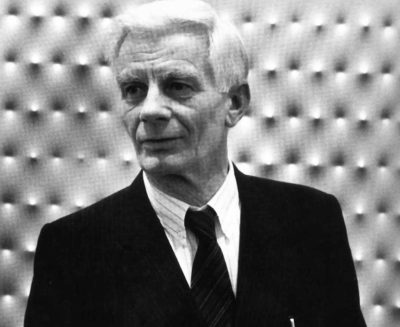 Enrico Castellani is best known for his predominantly white monochromatic relief paintings made by stretching canvas over arrangements of protruding nails. After studying architecture in Brussels, Castellani returned to Italy in the late 1950s. He became a central figure of the Milanese art scene along with artists such as Lucio Fontana, and Piero Manzoni with whom he cofounded the short-lived but highly influential gallery and affiliated jurnal Azimuth. Refuting the narrative constraints and traditional conceptions of the tableau, Castellani experimented with colours and shaped canvases to devise monochromes like terrains and superficies. His stipped-down approach to create such topographical abstraction is exemplary of the 1060s European art movement know as the ZERO group.