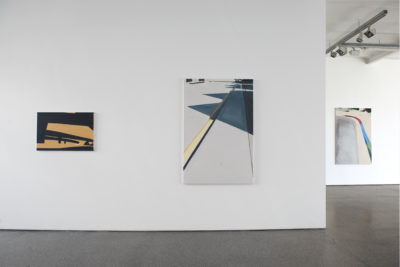 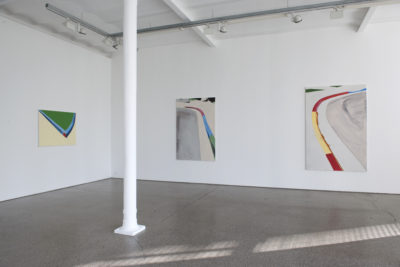 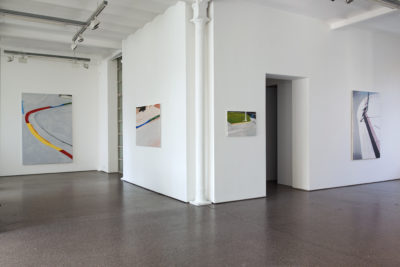 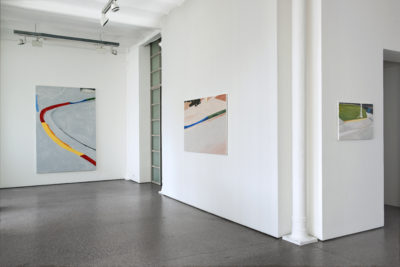 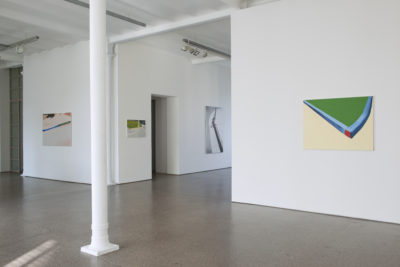 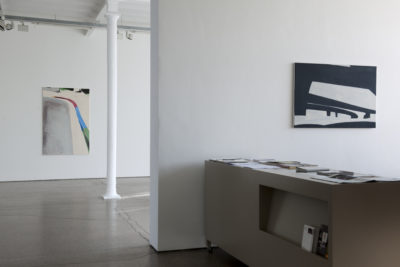 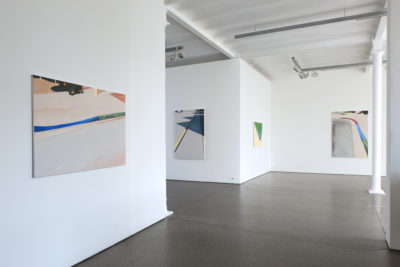 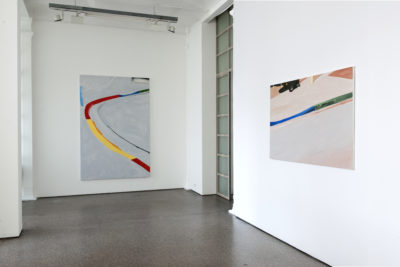 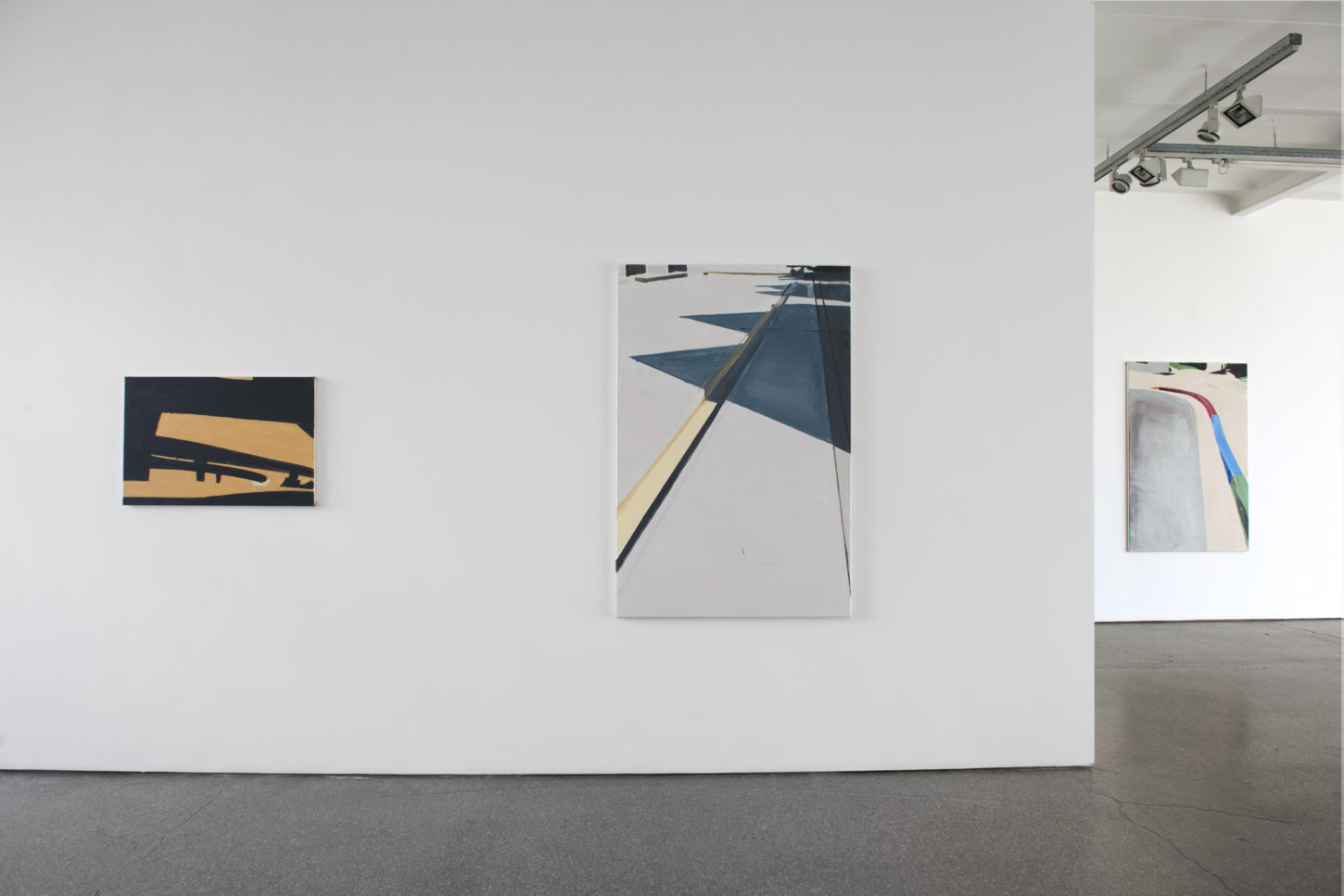 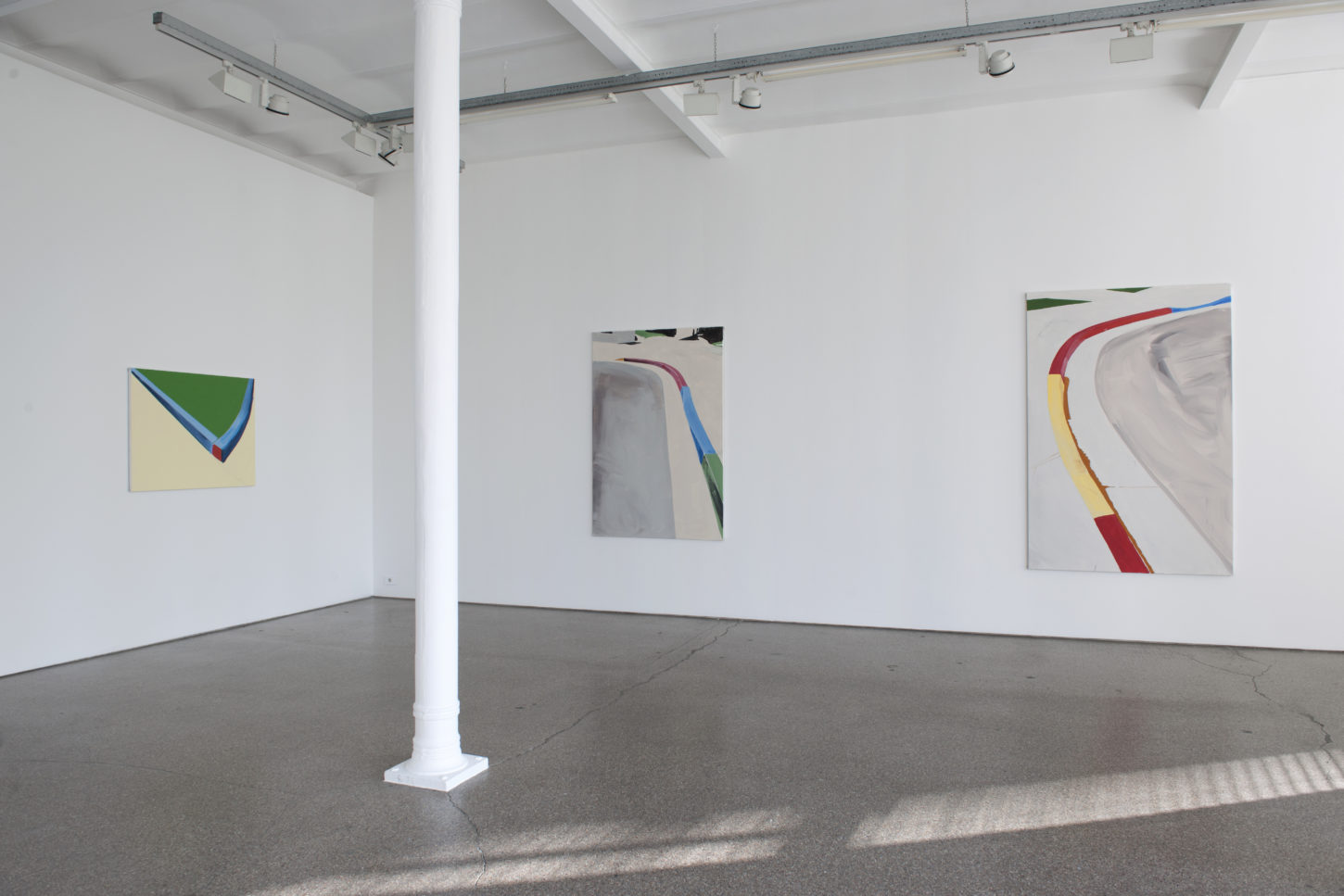 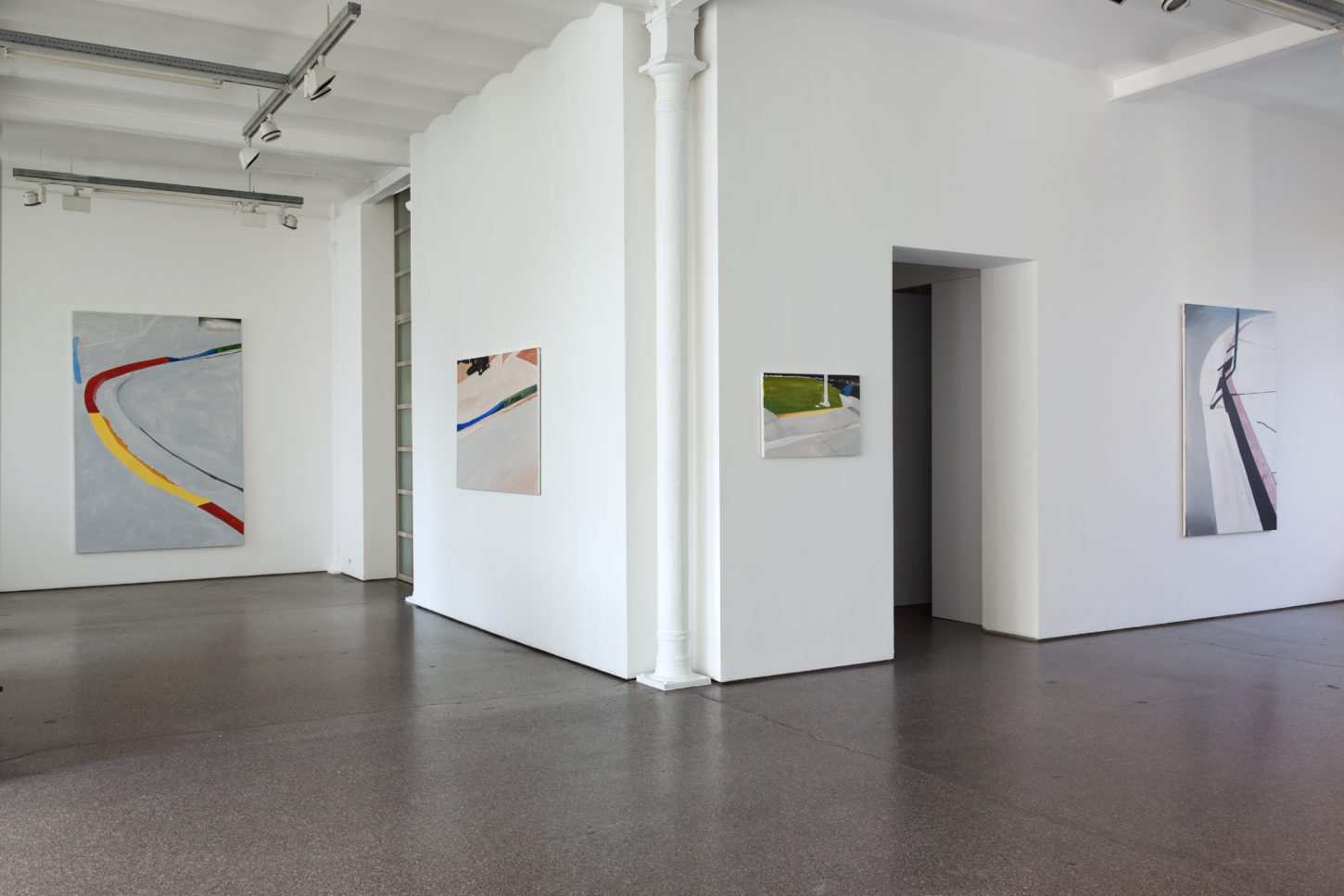 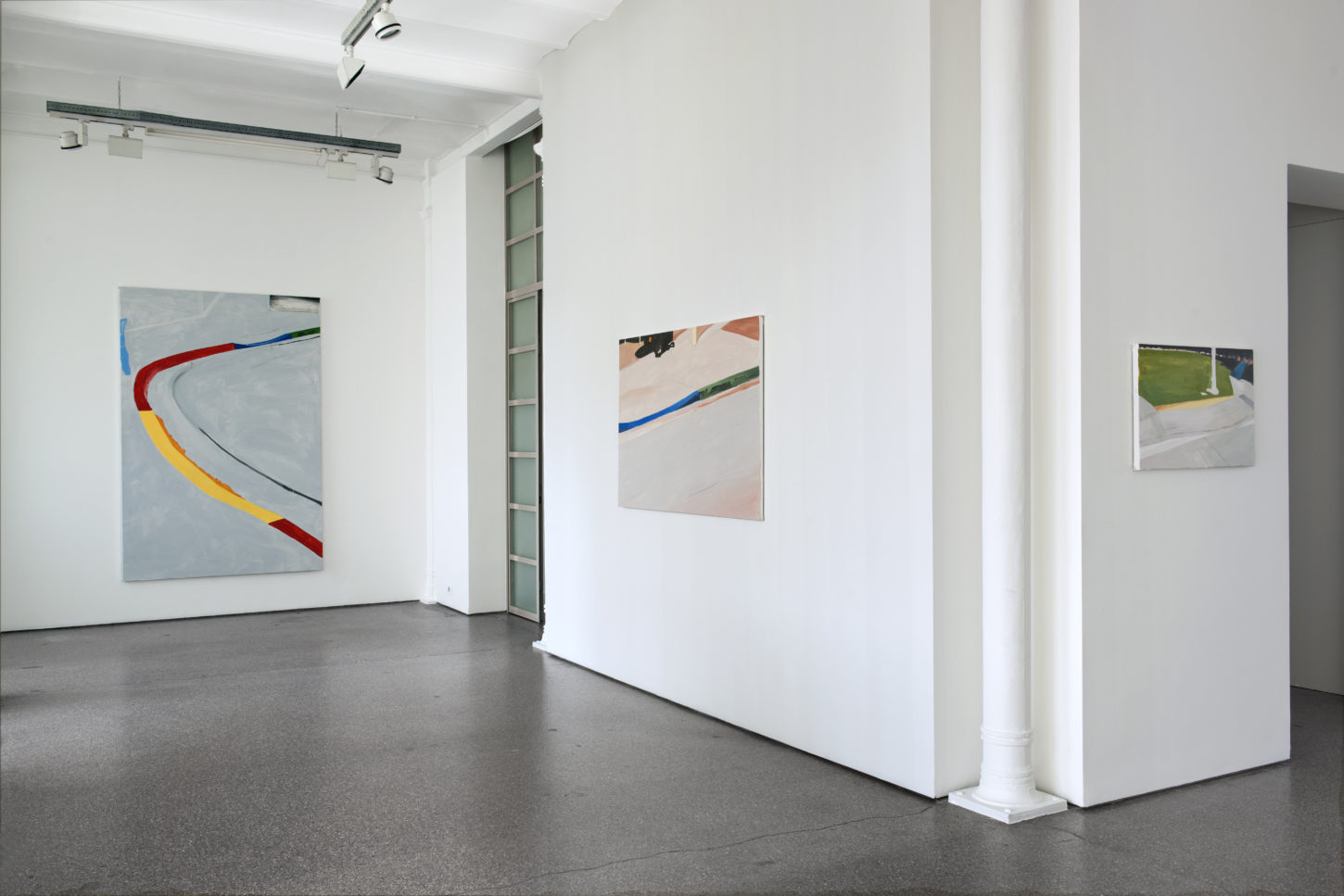 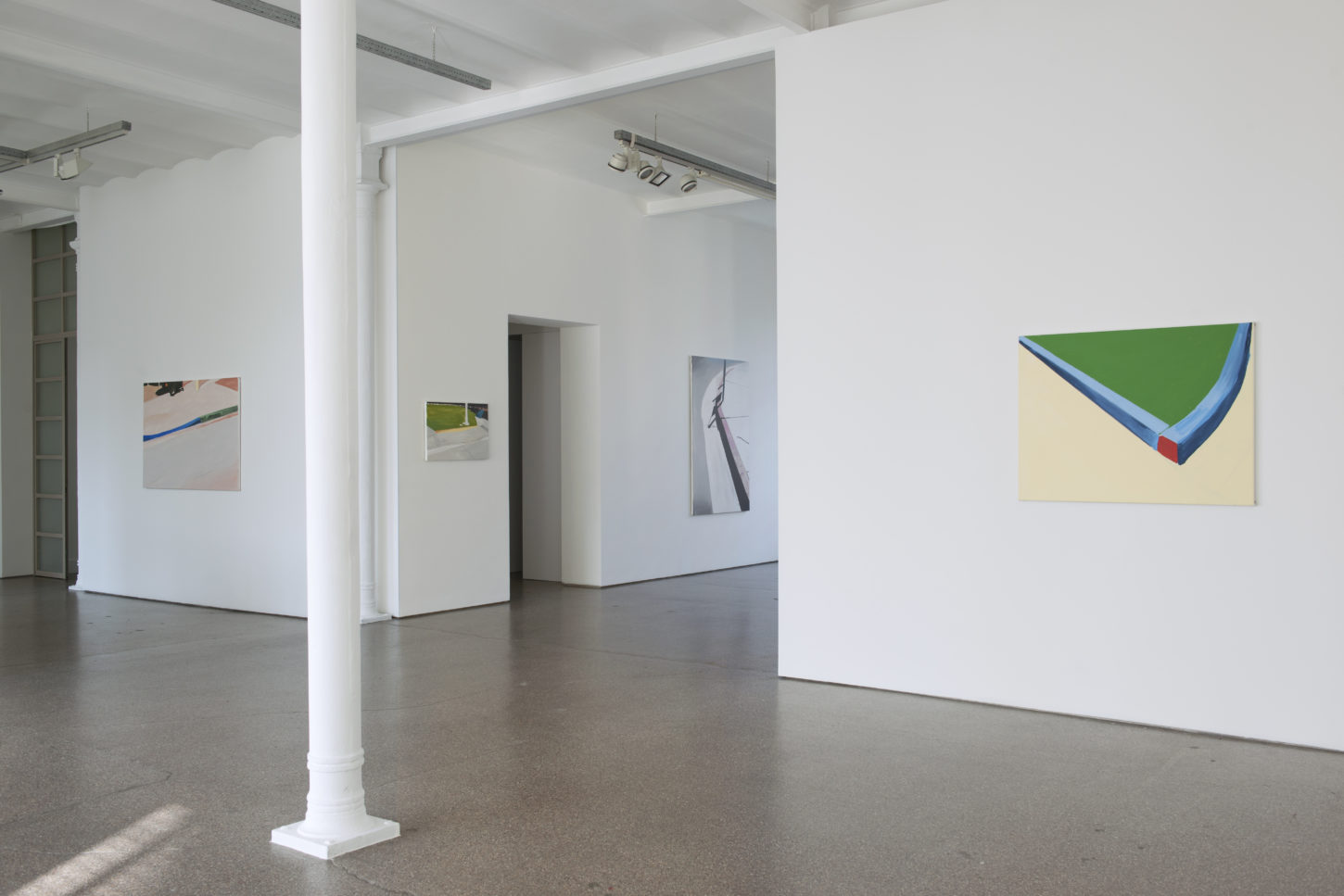 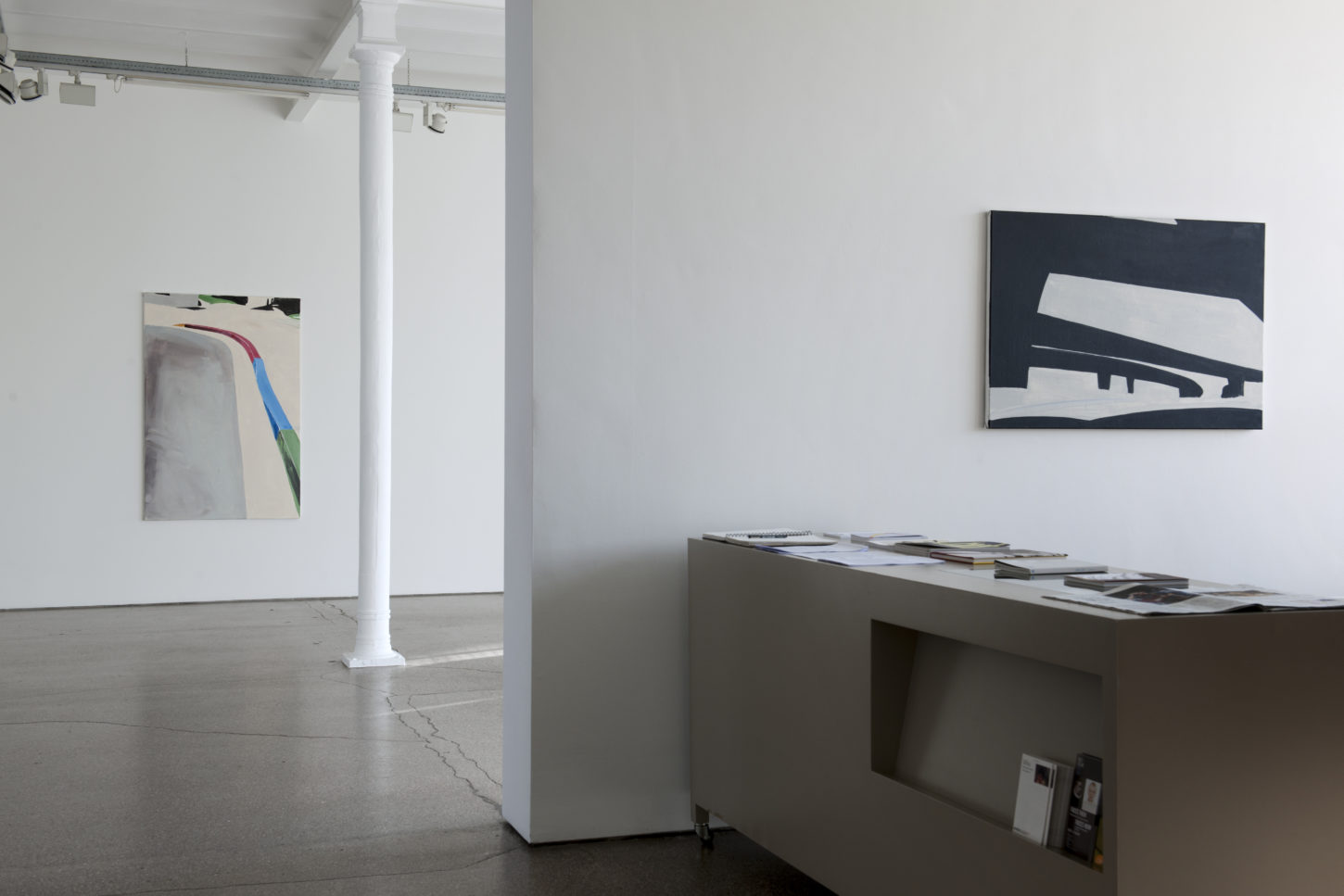 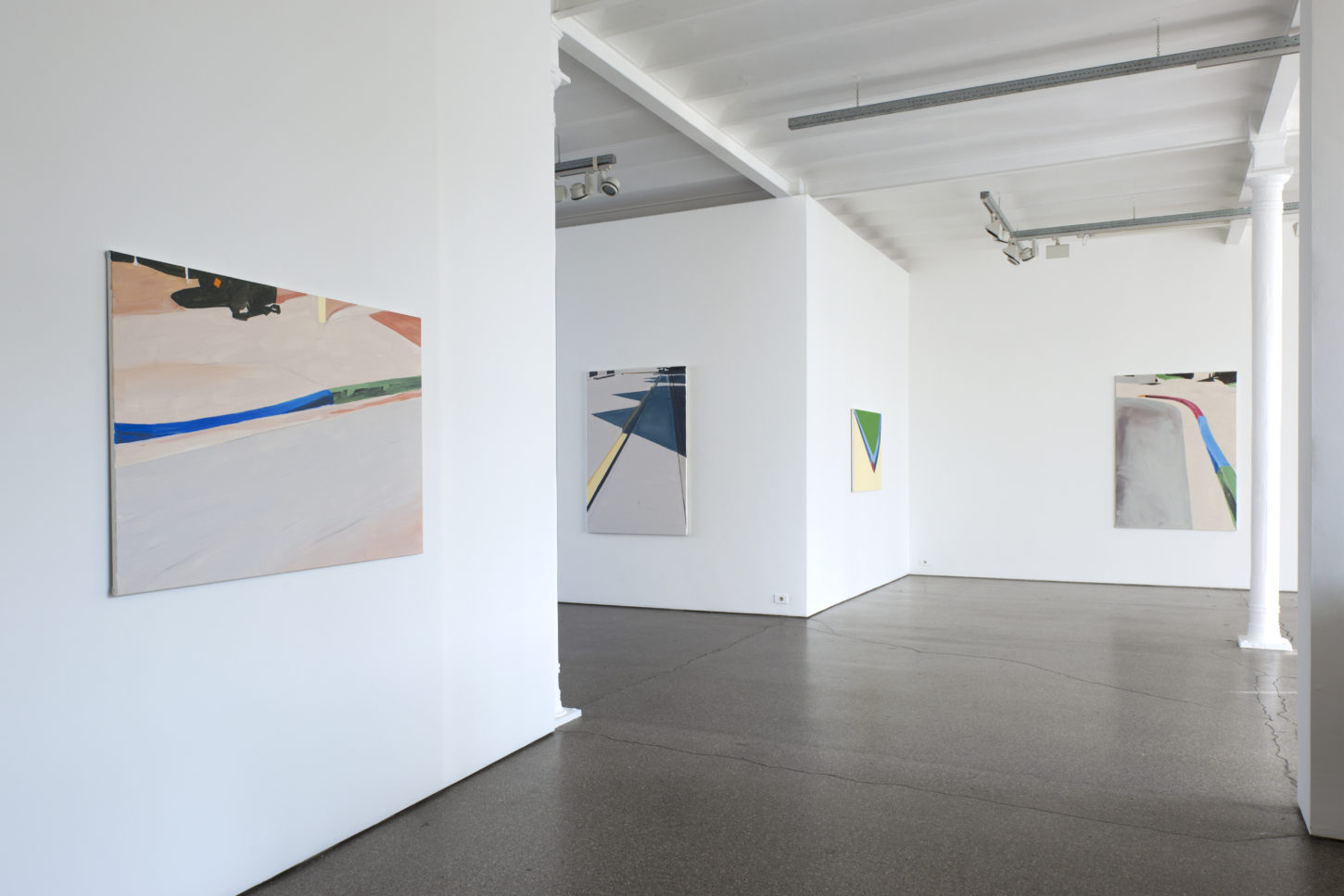 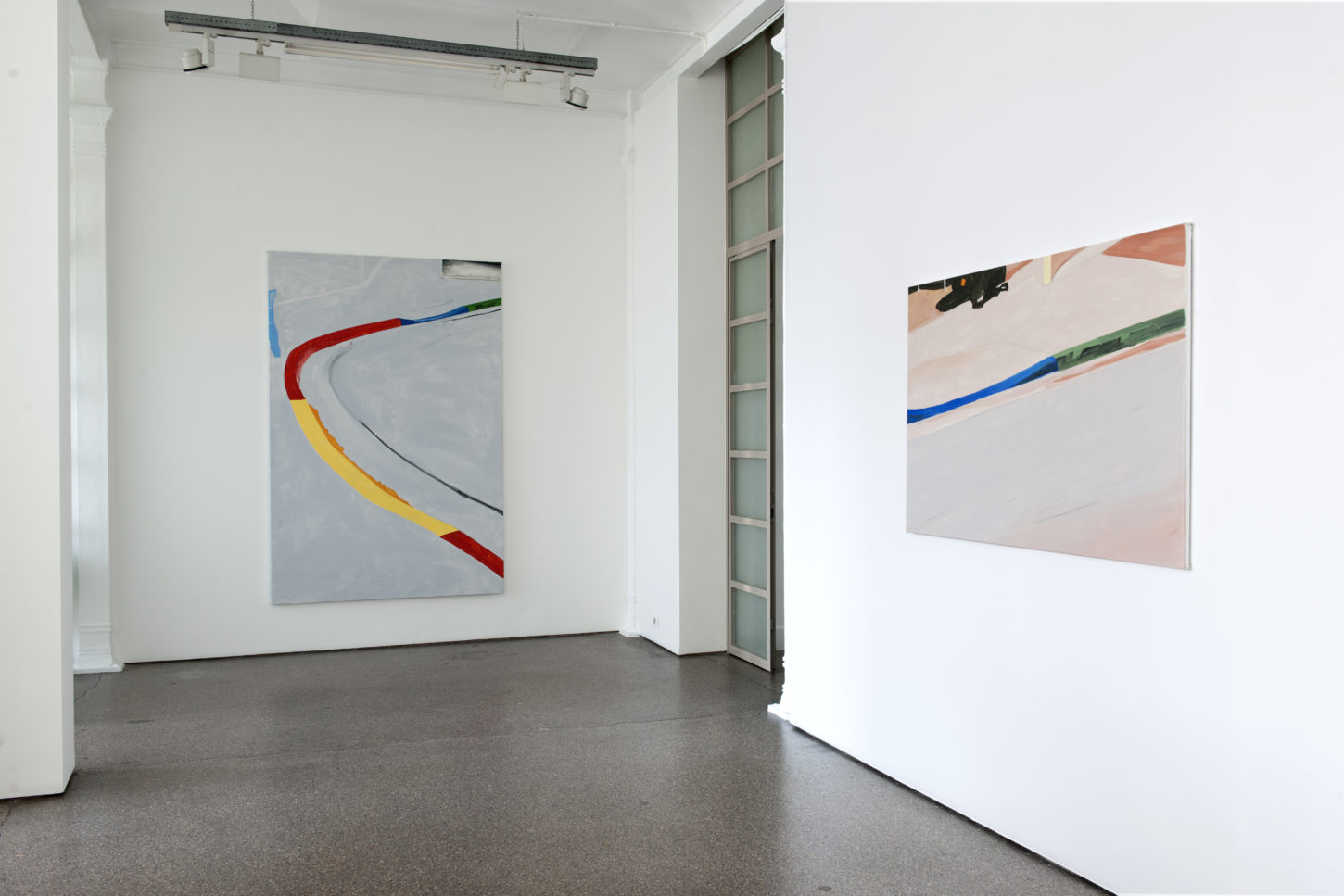 Koen van den Broek masters a unique vocabulary, derived from the contemporary, urban space. Its linear and abstract qualities are captivated by a dominantly down-ward gaze that organises the painted surface. Most of the works can be traced back to the American hinterland, although the identity of the locations is often blurred, becoming ‘common grounds’ that serve his pictorial experiments.

The exhibition lends its name from the Hotel ‘del’ Coronado in California. The urbanist environment of this iconic landmark is dominated by the so-called ‘coloured curbed zones’ that are painted on the roads and pavements to indicate traffic regulations. The colour-coding system resides as a second semantic layer on the art historical connotations involved with the use of primary colours. These works just as much reference a pre-existing painterly reality as they do painting itself.

Colour is space. It defines the compositional outset of the paintings which flattens the linear perspective.The border, emblematic motif of Van den Broek’s paintings, becomes a formal instrument that serves the exploration of the picture plane, and with extension painting’s medium-specificity. Red. Yellow. Bleu. Green. A central sequence of chromatic planes cuts through the peripheral space. The back ground is soft-toned and reveals the gestural application of the paint. Van den Broek paints with urgence.

Some paintings are interdependent, such as ‘The Del, Red, Yellow, Red, Blue’ and ‘The Del, Red, Yellow, Red, Blue, Green’. A slightly different angle, a progression of the colour planes, evoke the sensation of a moving image. Koen van den Broek regularly experiments with cinematographic language and codes, also adding a nod to Billy Wilder’s movie ‘Some Like it Hot’, which was shot in the hotel.

At times the subject matter expands the picture frame. In the painting ‘Louis Khan’, the architect’s ‘Salk Institute for Biological Studies’ in La Jolla, California, is only present through the dramatic shadows casted on the central water gutter. The artist’s interest in shadows and voids, in the ‘surrounding’ space relates to the use of negative space in painting, more precisely to Ellsworth Kelly’s shapes. Another arresting example in this sense is the yellow surface on the left corner of ‘The Del, Red, Blue, Green’ where the architectural structure is inversed, and positive and negative space exist in one image.

“The Del” can be connected to the pictorial and theoretical program of the NY School (1930-1960) and to the more societally rooted Los Angeles scene painting of the 1950’s. Edward Kuntz’ ‘Freeway Paintings’,  depicting the Los Angeles highway landscape, echo in the ‘FWY’ paintings in the exhibition. Part of the knowledge of Van den Broek’s paintings is linked to the American cultural identity, another part is linked to our general knowledge of Post-War abstract painting.