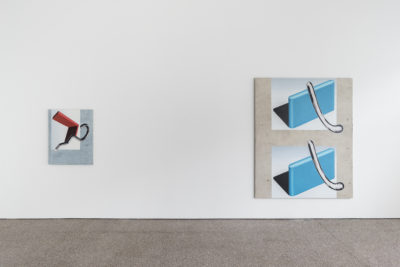 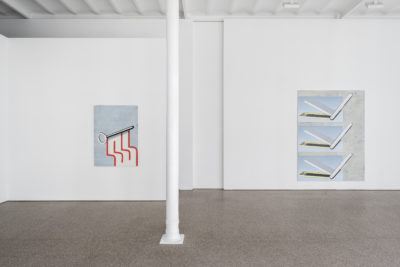 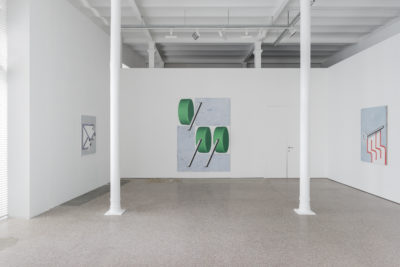 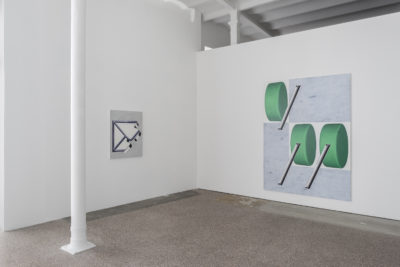 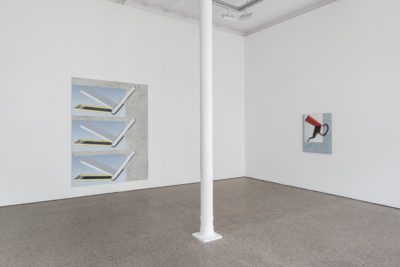 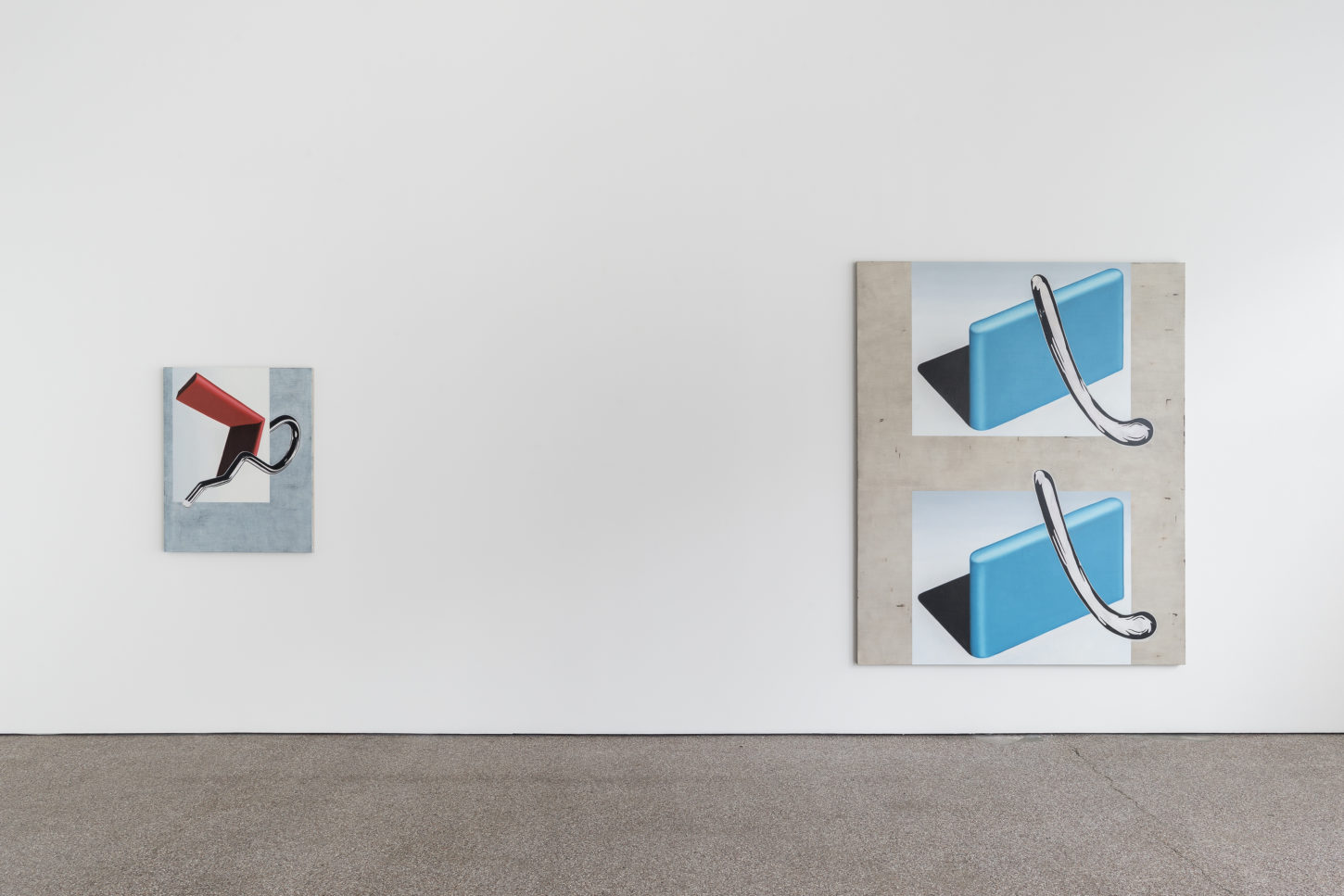 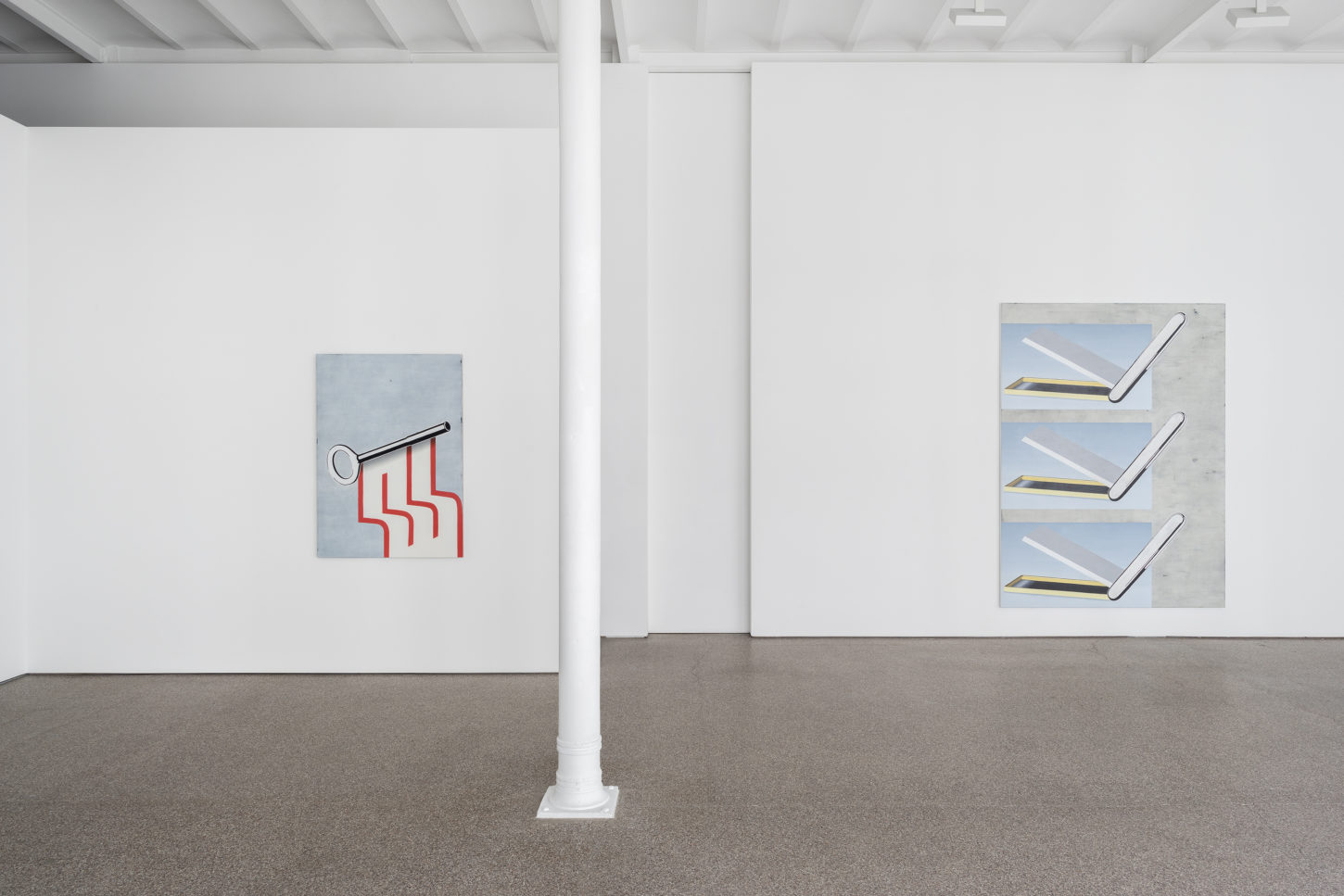 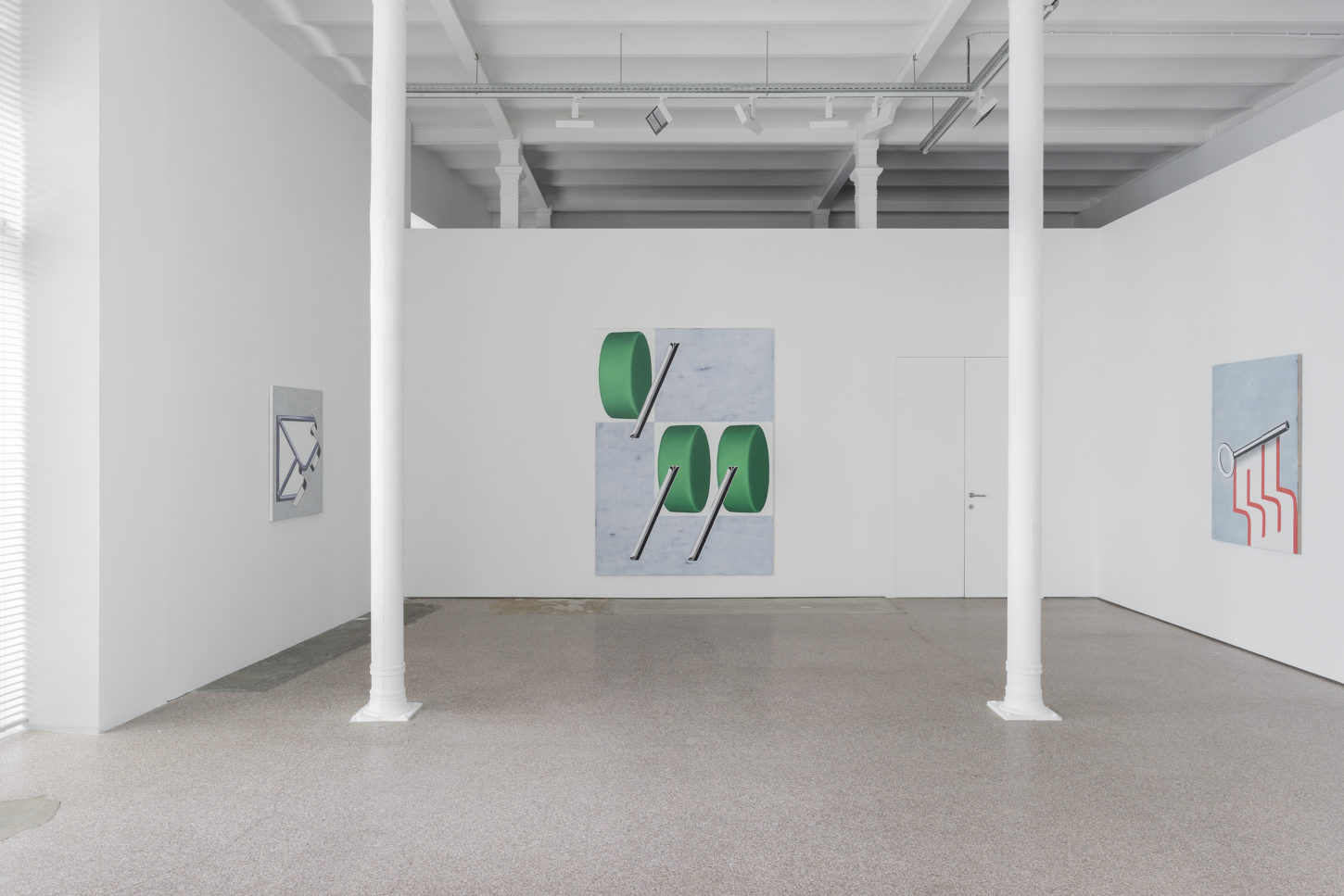 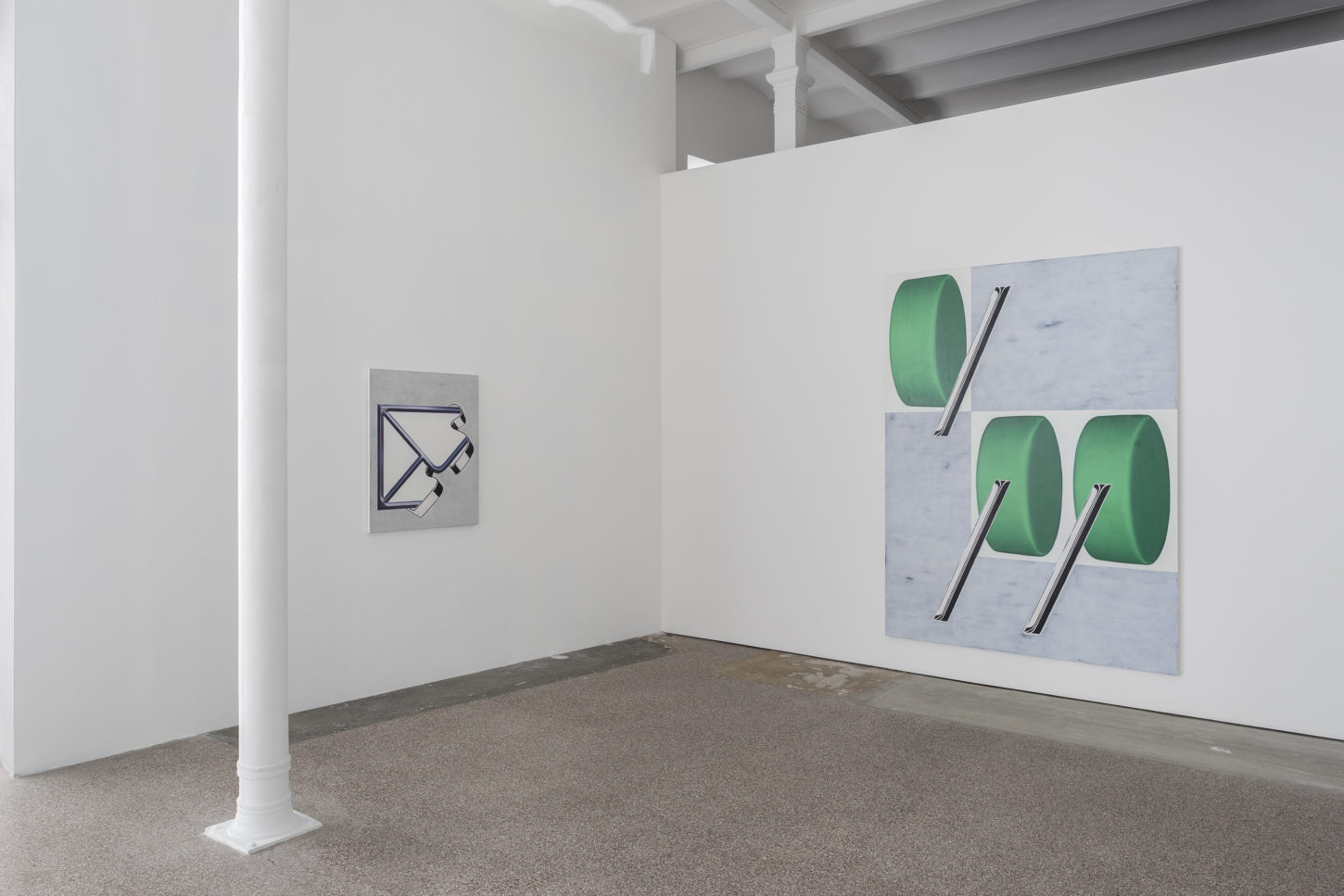 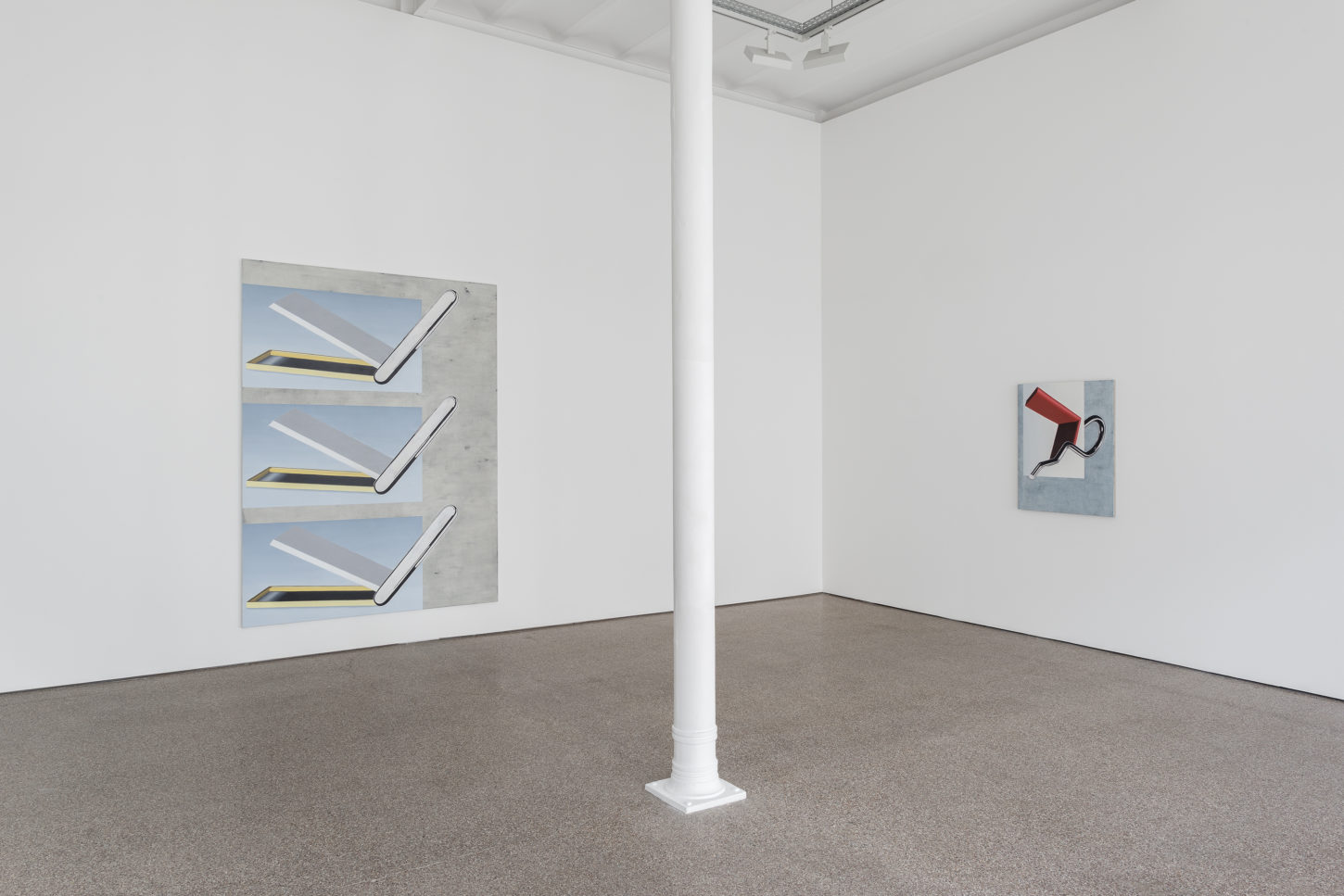 Galerie Greta Meert is proud to present its second exhibition of works by German artist Anne Neukamp (1976, lives and works in Berlin, Germany).

Anne Neukamp’s work is characterised by image worlds that move freely between figurativeness and abstraction. Her visual language lets you discover familiar forms, beginnings of well known objects and figures that at the same time become part of a transformation into a seemingly recognisable visual invention. The motifs and elements Anne Neukamp uses in her work derive from our everyday decor, the image archive of the consumer society. Icons, punctuation marks, digital 3D models and clip art that saturate public and private spaces serve as “found” images and undergo a series of methodical transformations by way of compositional process, coming together in new and different ways, stripped of their univalent impact.

The title of this exhibition makes reference to a painting of Magritte “Les Objets Familiers” from 1928, where 5 men are portrayed while staring blankly at a seemingly random object, associated with the mental states of the depicted figures. Anne’s work relates to this surrealist approach to the unconsciousness by questioning, exploring and reconstructing the meaning of symbols in our world. The envelope icons, paperclips, hashtags, cans and keys are part of the artist’s visual vocabulary, that is anchored in visual communication and linked through a certain symbolic or psychological potential.

By juxtaposing and compounding oil, acrylic and tempera paint she develops rich contrasts in her paintings and exhibits a technical, mechanical approach through construction and repetition – ordinary objects become almost fetishised, their original context and significations distorted, pushed ad absurdum. This manipulation leads to a total loss of hierarchy among the depicted elements, and lends a sense of fragments drifting in and out of consciousness.