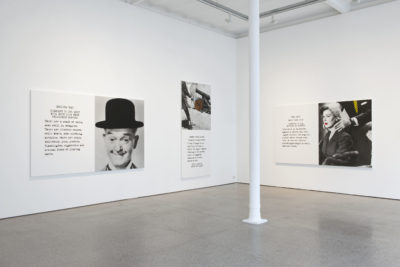 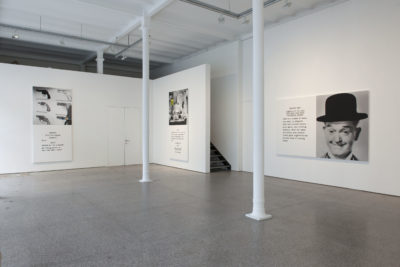 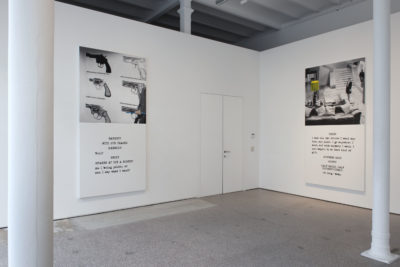 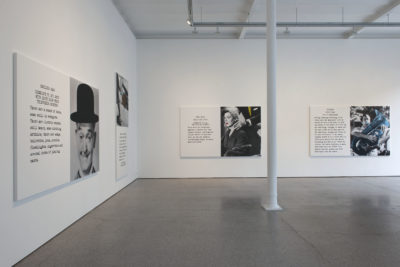 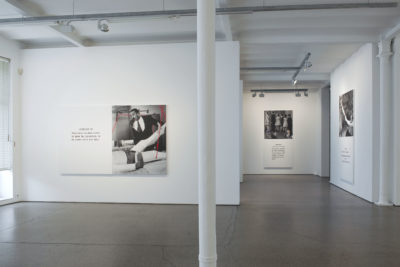 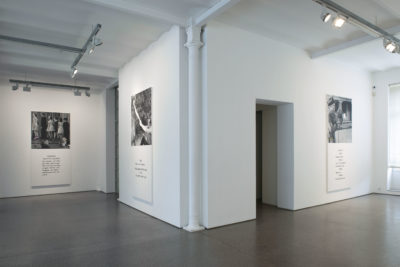 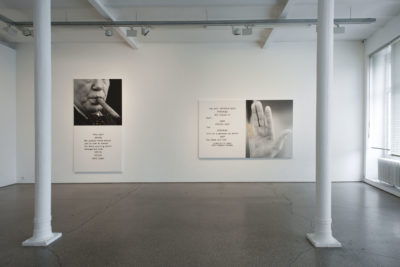 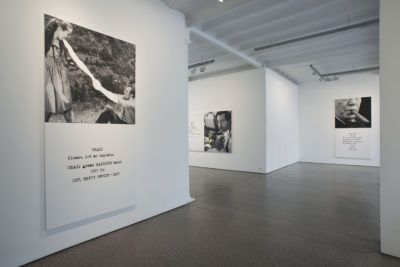 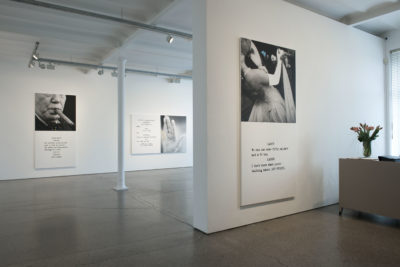 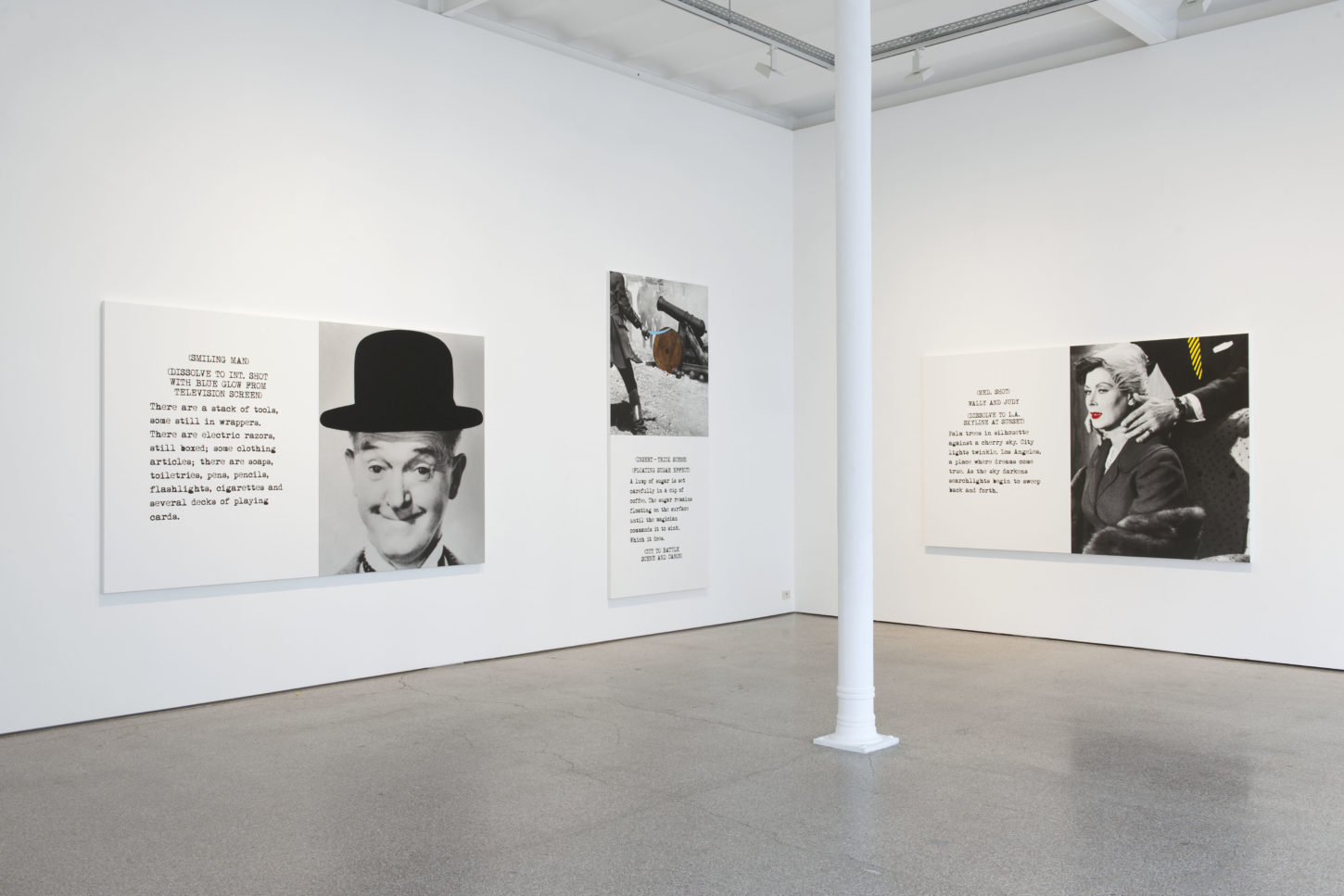 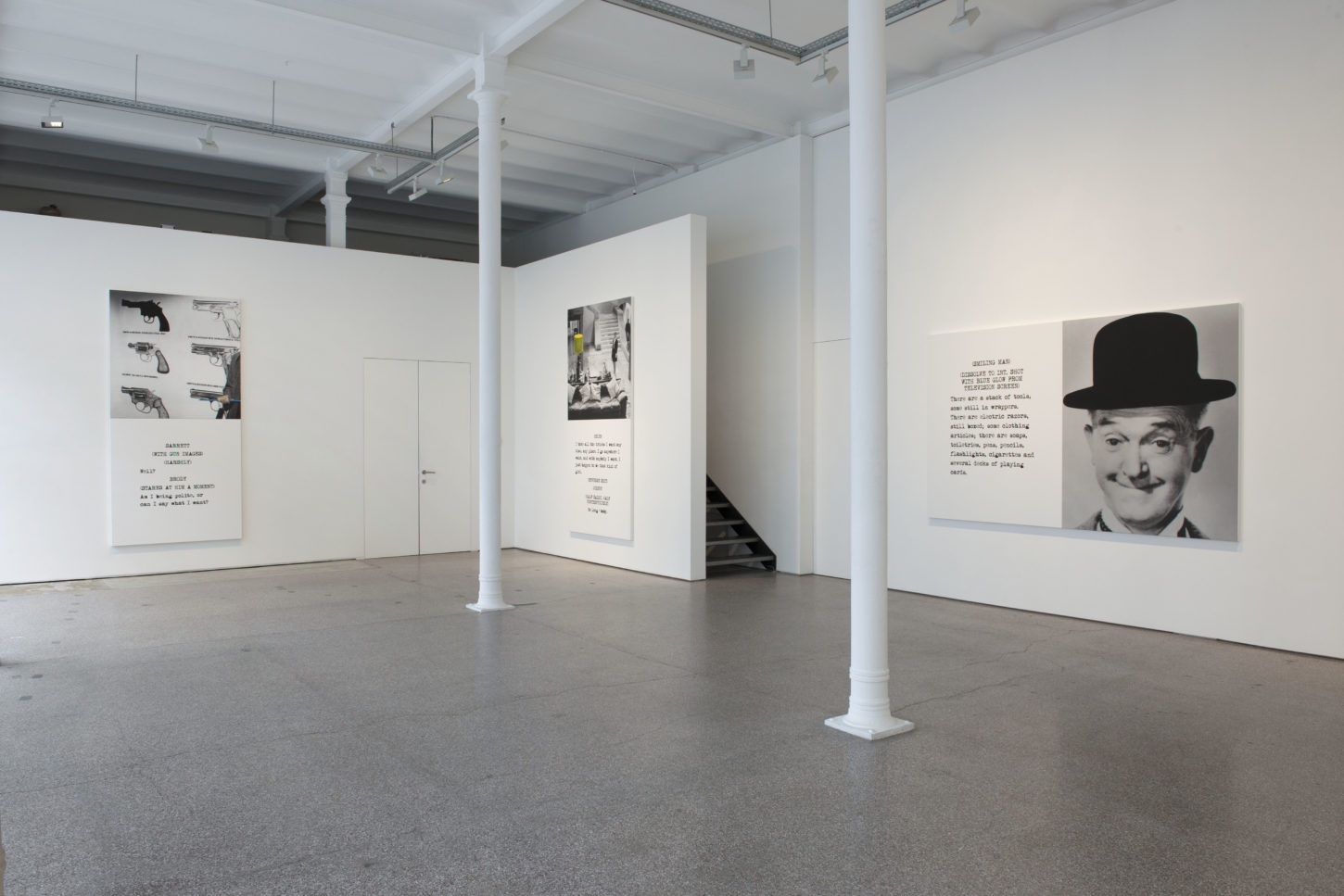 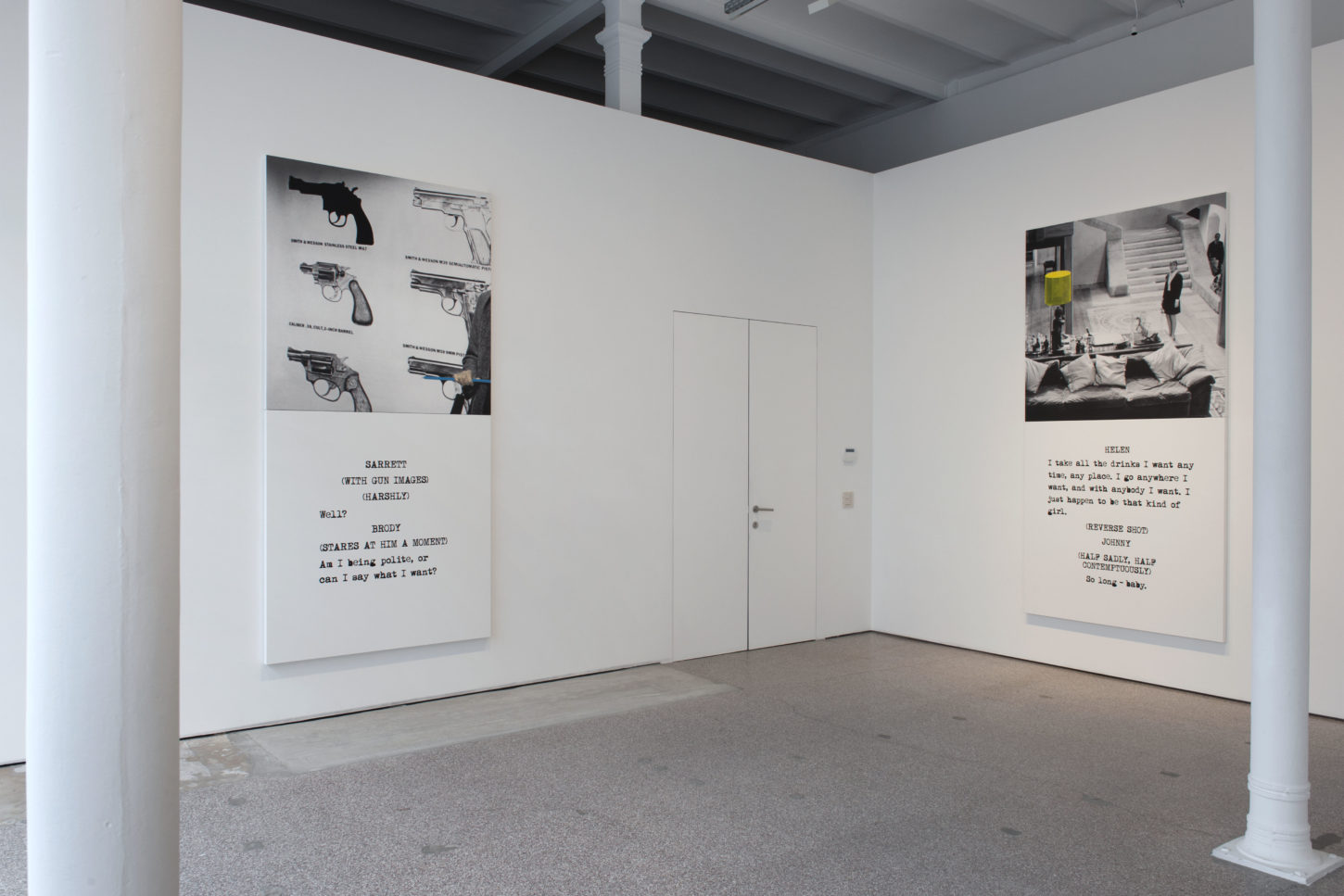 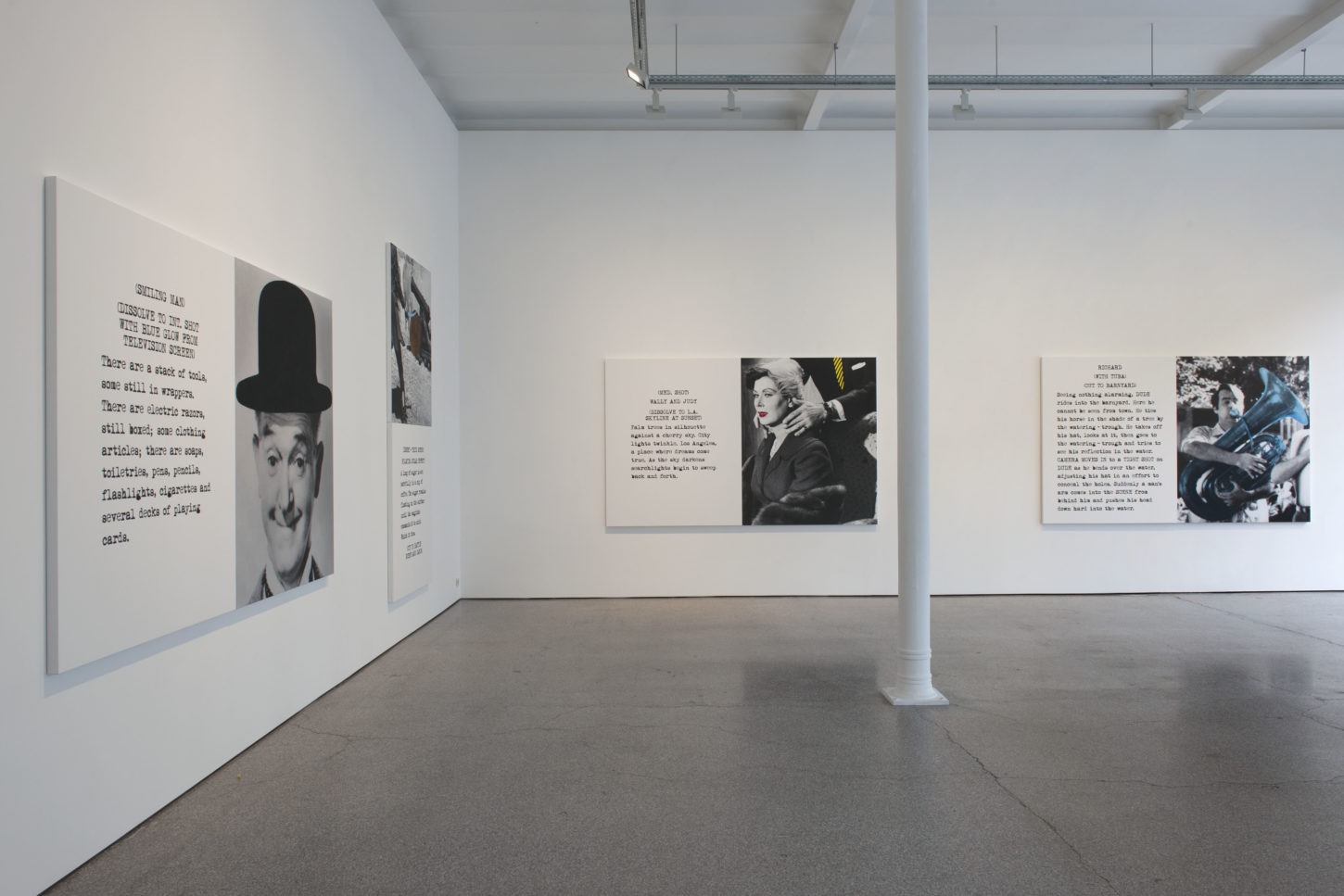 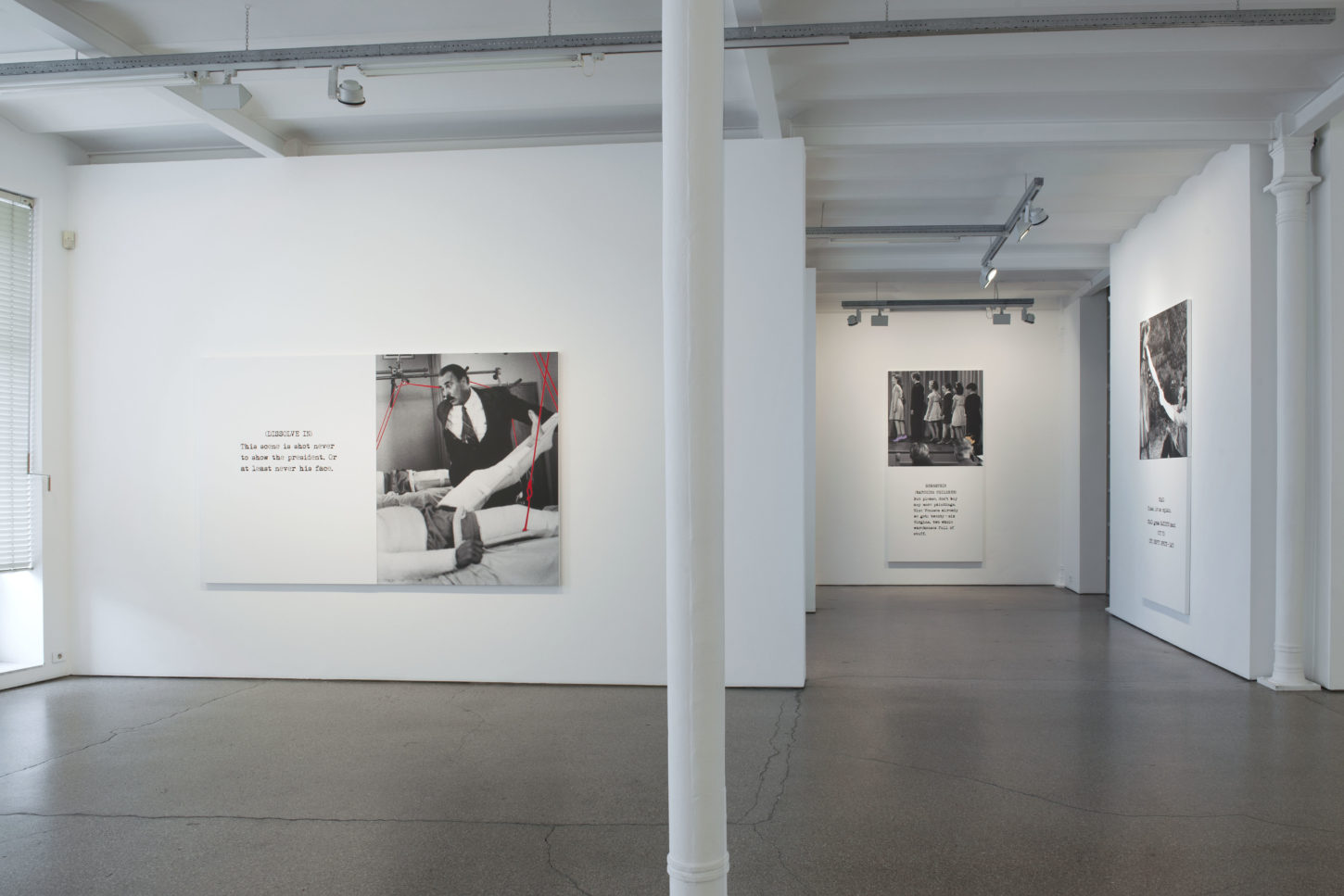 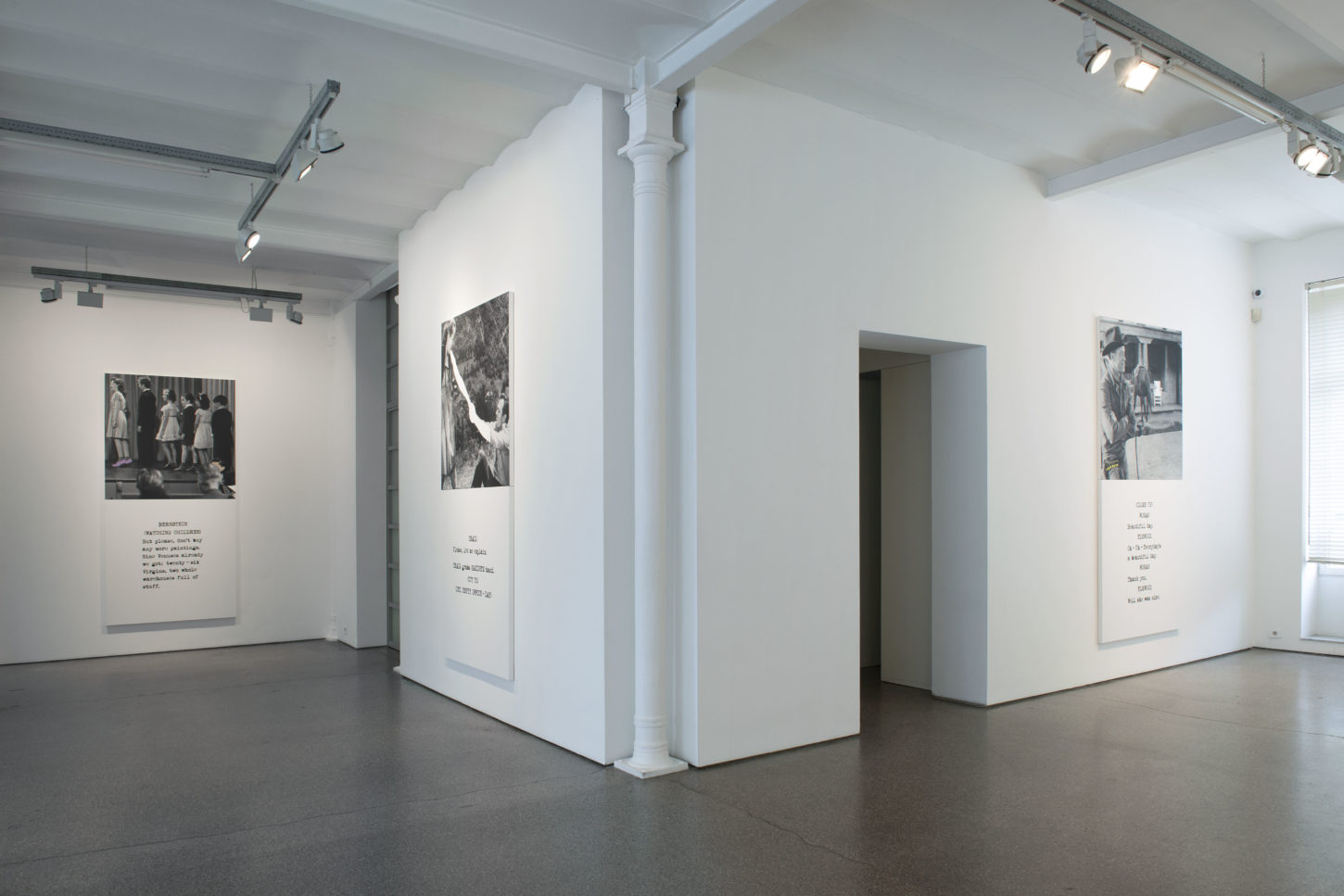 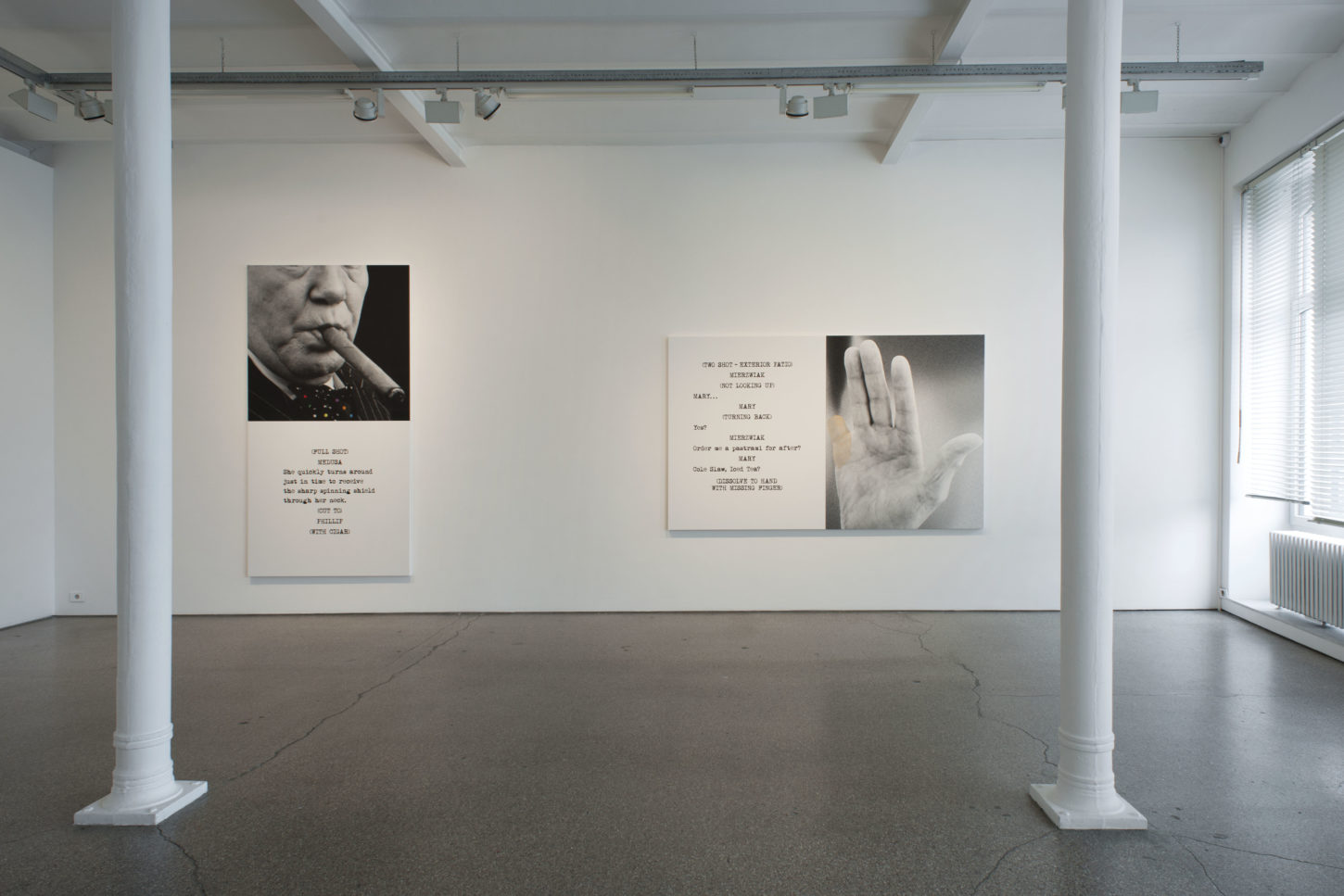 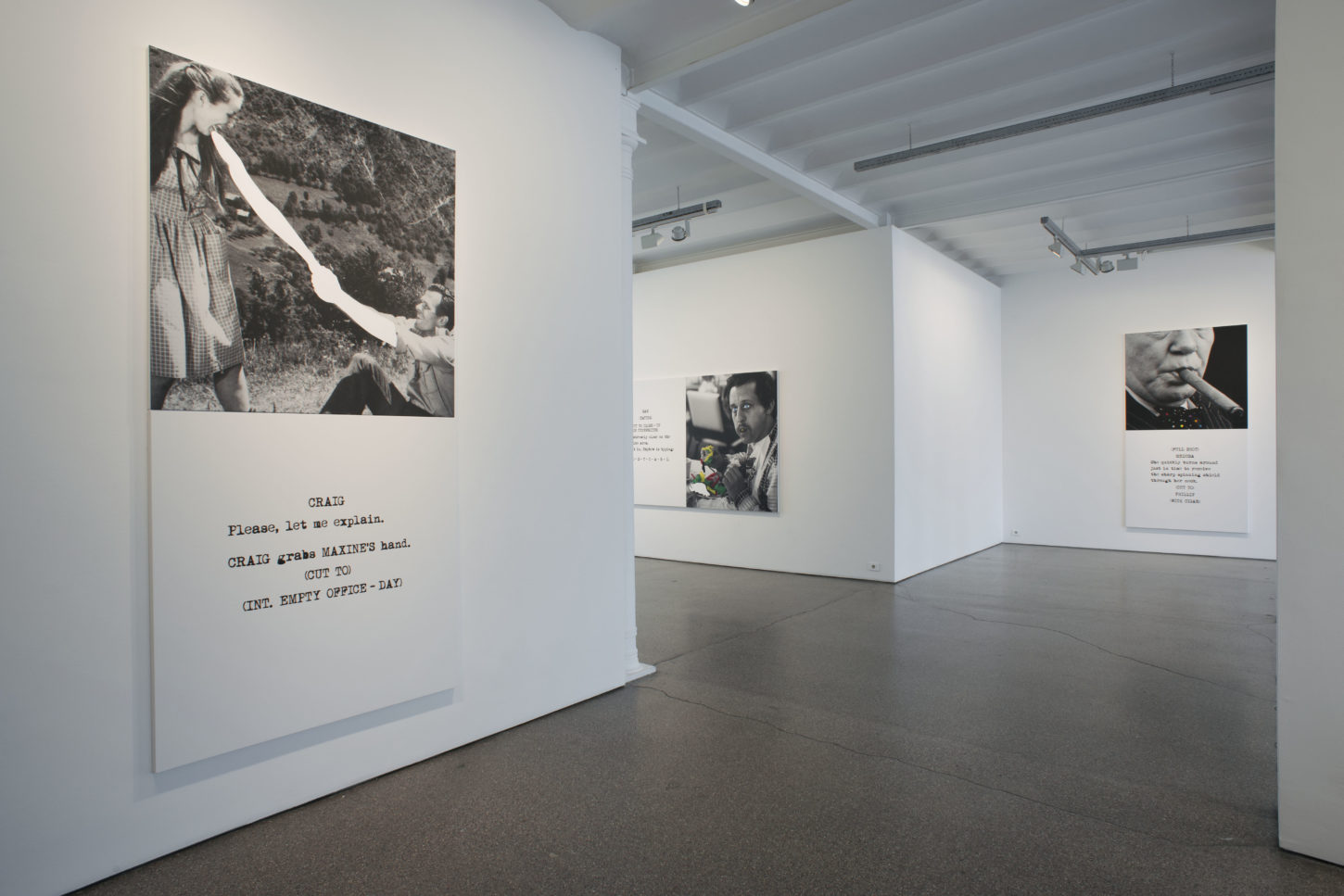 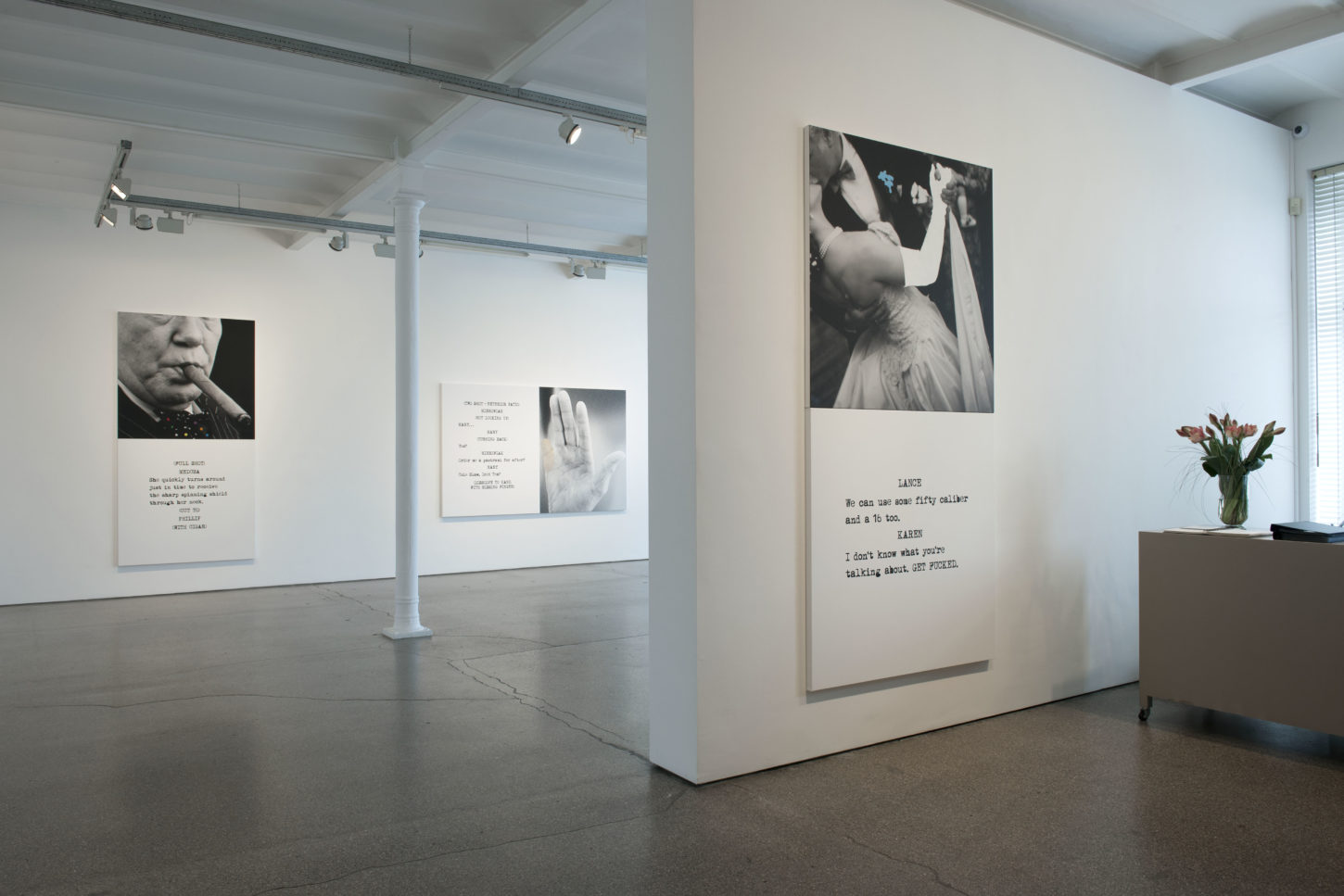 John Baldessari has been recognised worldwide as one of the most prominent contemporary artists. For over five decades he has been developing a conceptual oeuvre that touches on pop art and appropriation art, in a sustained attempt at reinventing himself as an artist. Baldessari played a pioneering role in the use of ‘found footage’ and the combination and exchangeability of text and image in visual art. An intense interest in linguistic theory and psychology of the image form the basis of his penetrating analyses of the meaning, perception and interpretation of the image, and by extension, of the work of art.

The latest series, Scene ( ) / Take ( ) draws from an imaginary film archive that ranges from the American film noir, through slapstick to European director’s films. Each of the fifteen works on show is a juxtaposed composition of a black and white still and a fragment of a film script. Selecting, editing and fragmenting are crucial in the composition of these images.

The symmetrical organisation of the picture plane allots equal space to the textual and the visual components. They relate to each other in an ironical, sometimes contradictory or subversive manner. In a final stage, the artist uses paint to apply colour accents on the canvas. In Baldessari’s work colour is not gratuitous, but it often has a symbolic value (red/dangerous, green/safe, blue/platonic, yellow/crazy). The associative structure of meaning, with its numerous layers, results in multiple interpretability. The brackets of Take and Scene remain empty.

The double meaning of the French term “cliché” perfectly suits Baldessari’s work: a photographic image and a phrase that has been used so often that it has lost its originality. Baldessari plays with this form of familiarity that he always tries to destabilise.

“On one hand I think the older an image is the more it is exhausted of meaning – where it is a cliché. It’s dead. Because clichés are dead. I like the idea of playing Dr. Frankenstein and reinvesting the dead, a metaphor, with life again. Because clichés are true – they just have lost their meaning. And I can pump another kind of meaning back into it, but you are still aware of the source and where I’m directing the traffic.”