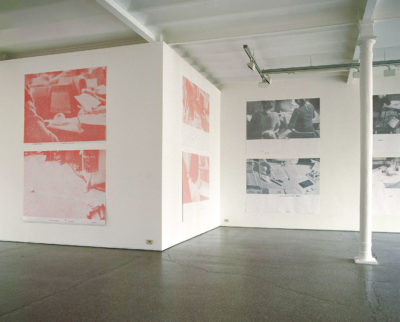 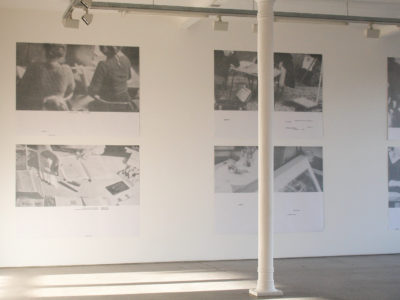 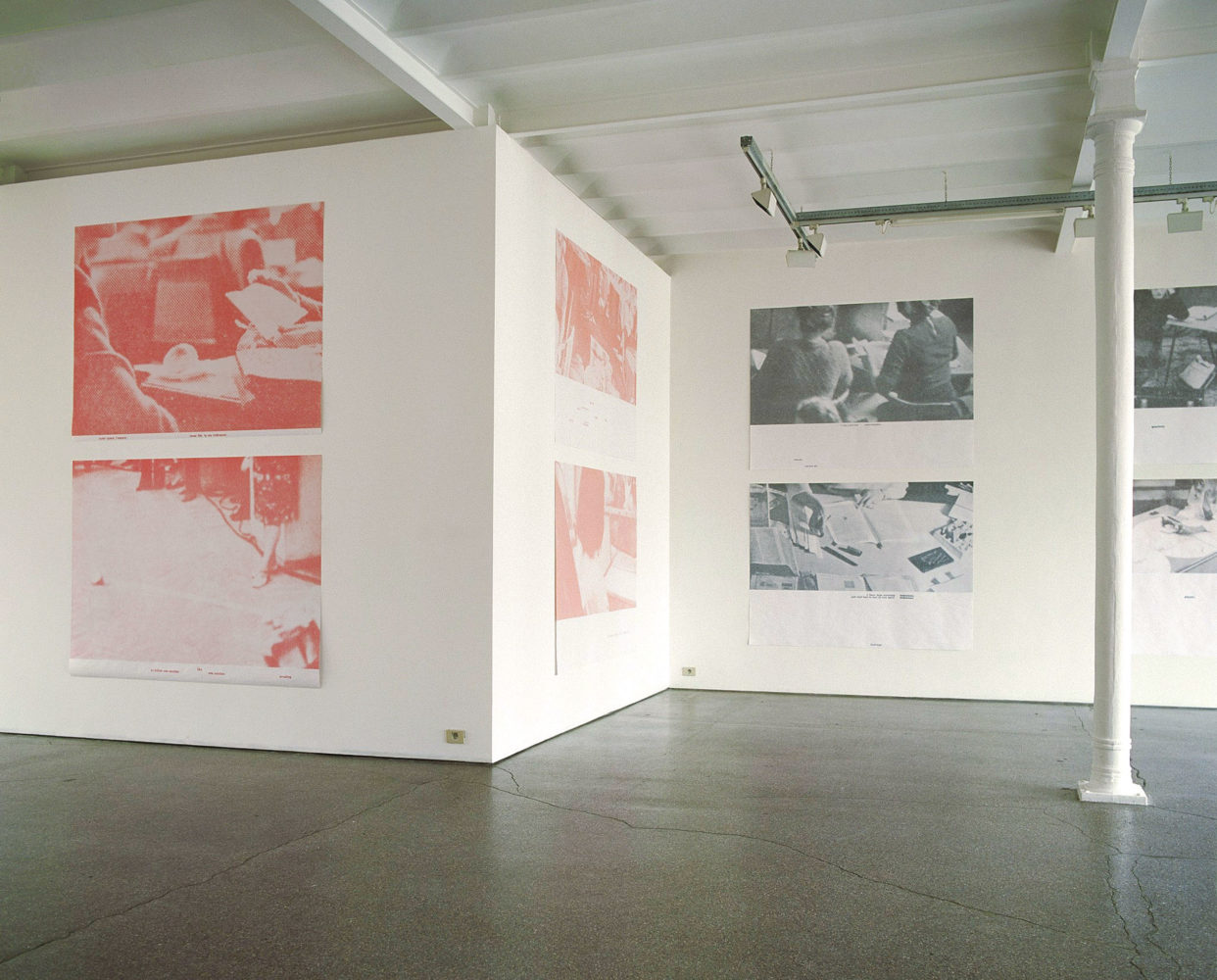 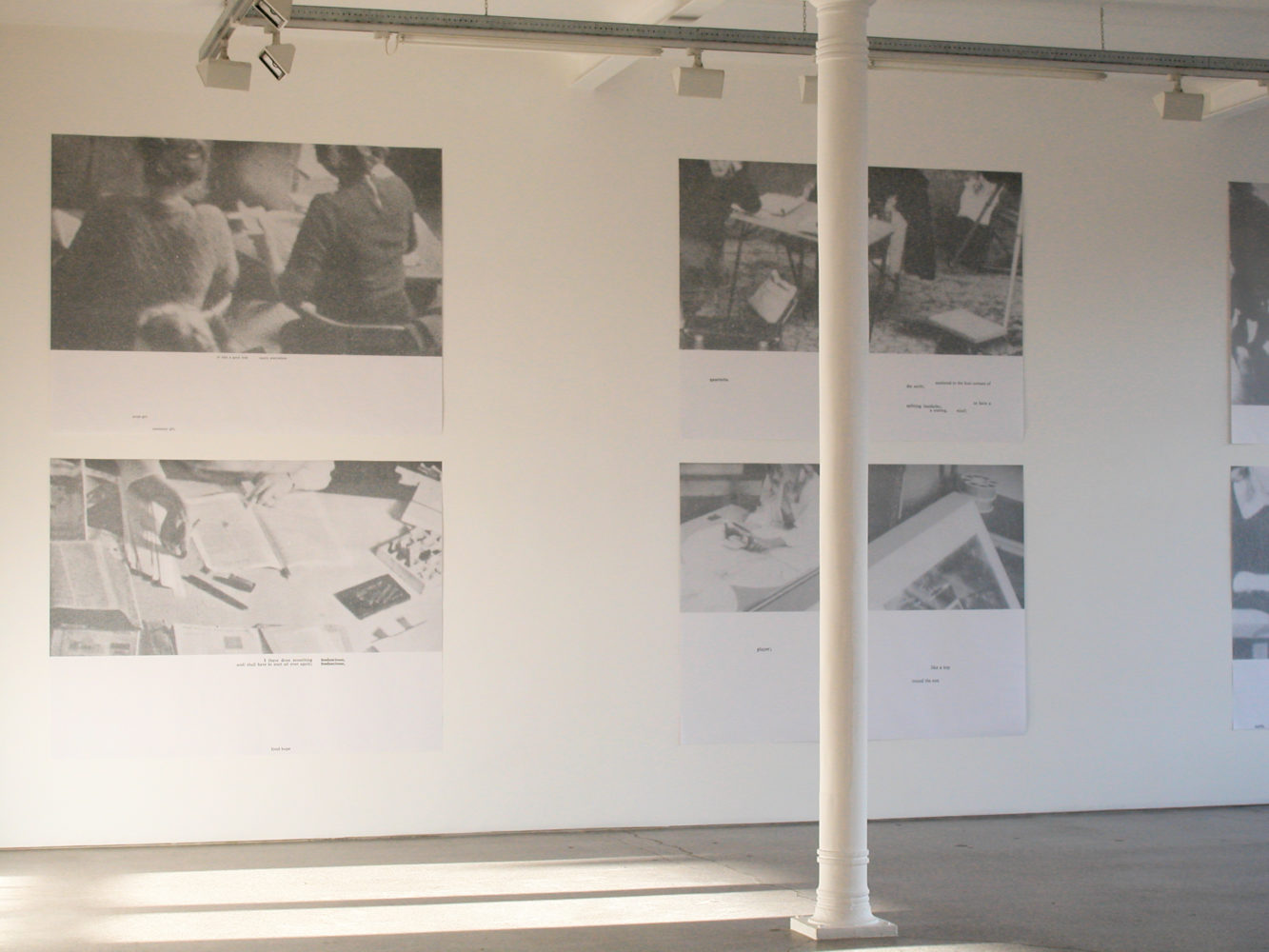 Sylvie Eyberg gathers images excerpted from old magazines. Soon the photos sort out all on their own, while a particular framing takes hold. She excises fragments of the images, and glues them into notebooks. Certain images emerge, to be enlarged. Sylvie works on the contrasts and prints them photographically or in silk-screen, in subtle scales of gray, sometimes yellow, and now red for Venice. She applies to the words of language the same method she applies to the language of images. Most of her small-format works contain a black or white block where one reads a short poem, composed like the images on the basis of found phrases, cut out as is from magazines. In the mural-sized silk-screens, she obliges herself to cut out her poem in a single piece from the source-text, and she places it underneath the image. In all instances respect of the original typography signals the borrowing, while in the images the highly visible, chewed, granular presence of the Ben-day dot patterns points to their secondhand nature. In her work the surface is inexhaustible flesh, as though written in Braille for a gaze with as much tact as the image has tactility. Each one is a unique skin with its own softness and roughness, its beauty spots, its birthmarks, its history. The dot pattern never has the same grain twice, never the same grind. Raspy, powdery, flaky, granular, pitted, harsh and dry, or moist, snowy, dripping and sweating from all its pores, the screen pattern of Sylvie’s works is at antipodes from the aesthetics of the glossy surface that dominates the world, and a good deal of the art world too.