Koen van den Broek
This An Example of That 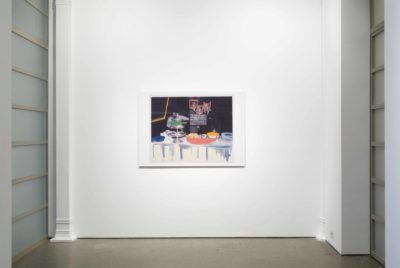 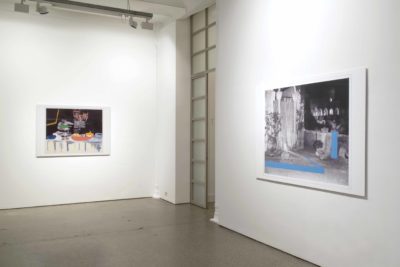 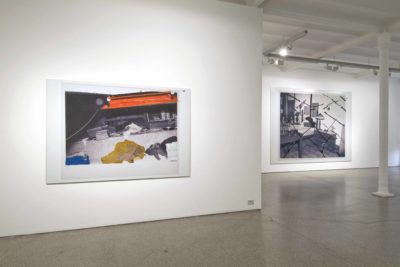 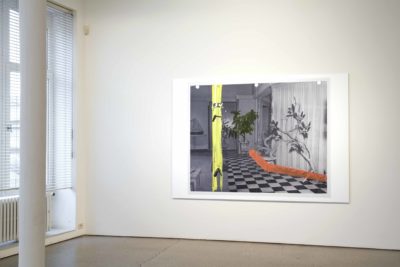 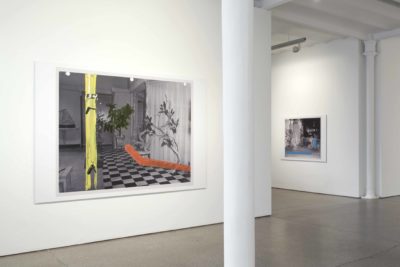 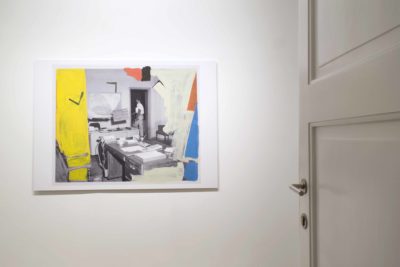 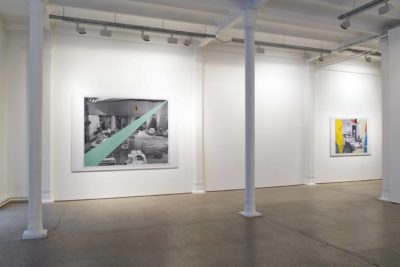 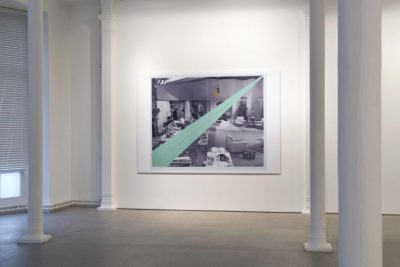 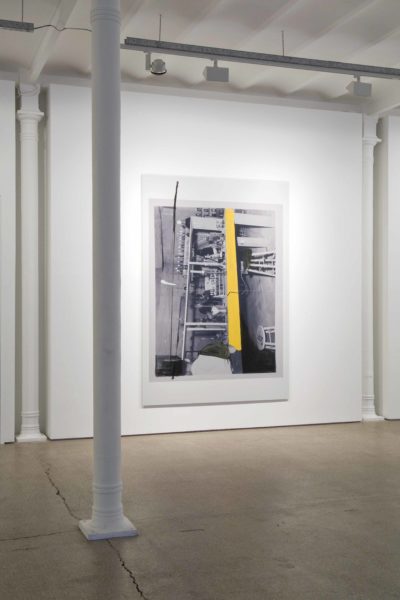 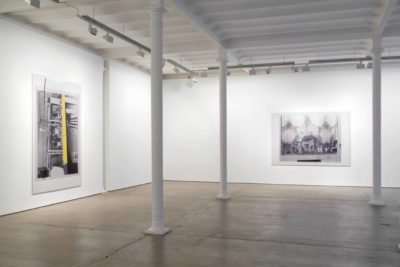 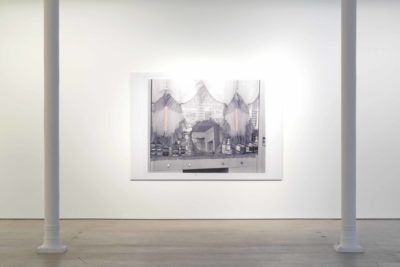 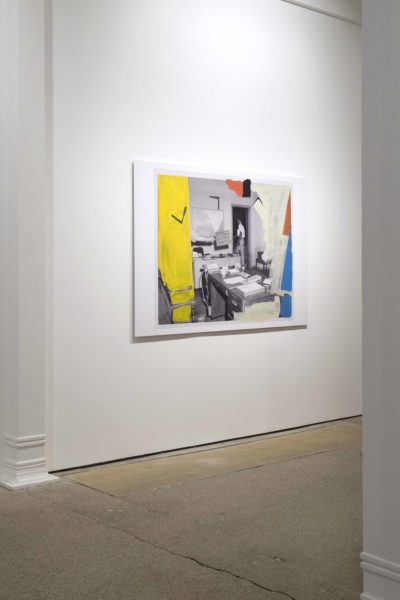 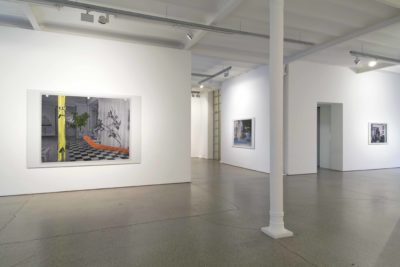 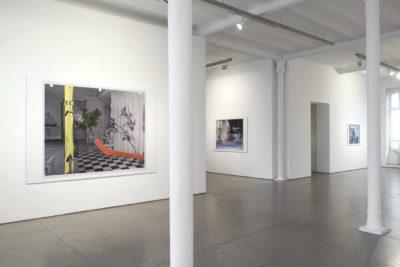 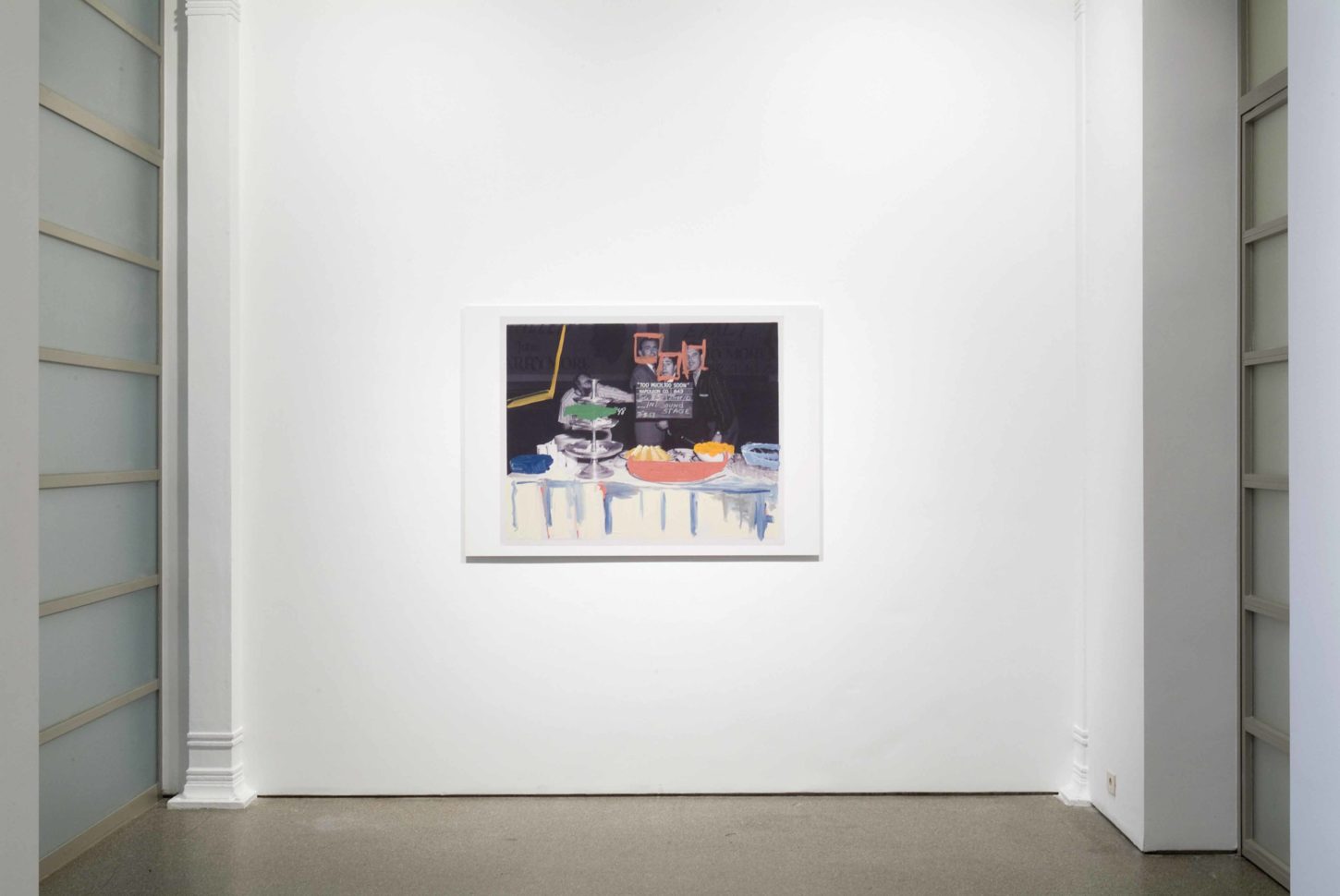 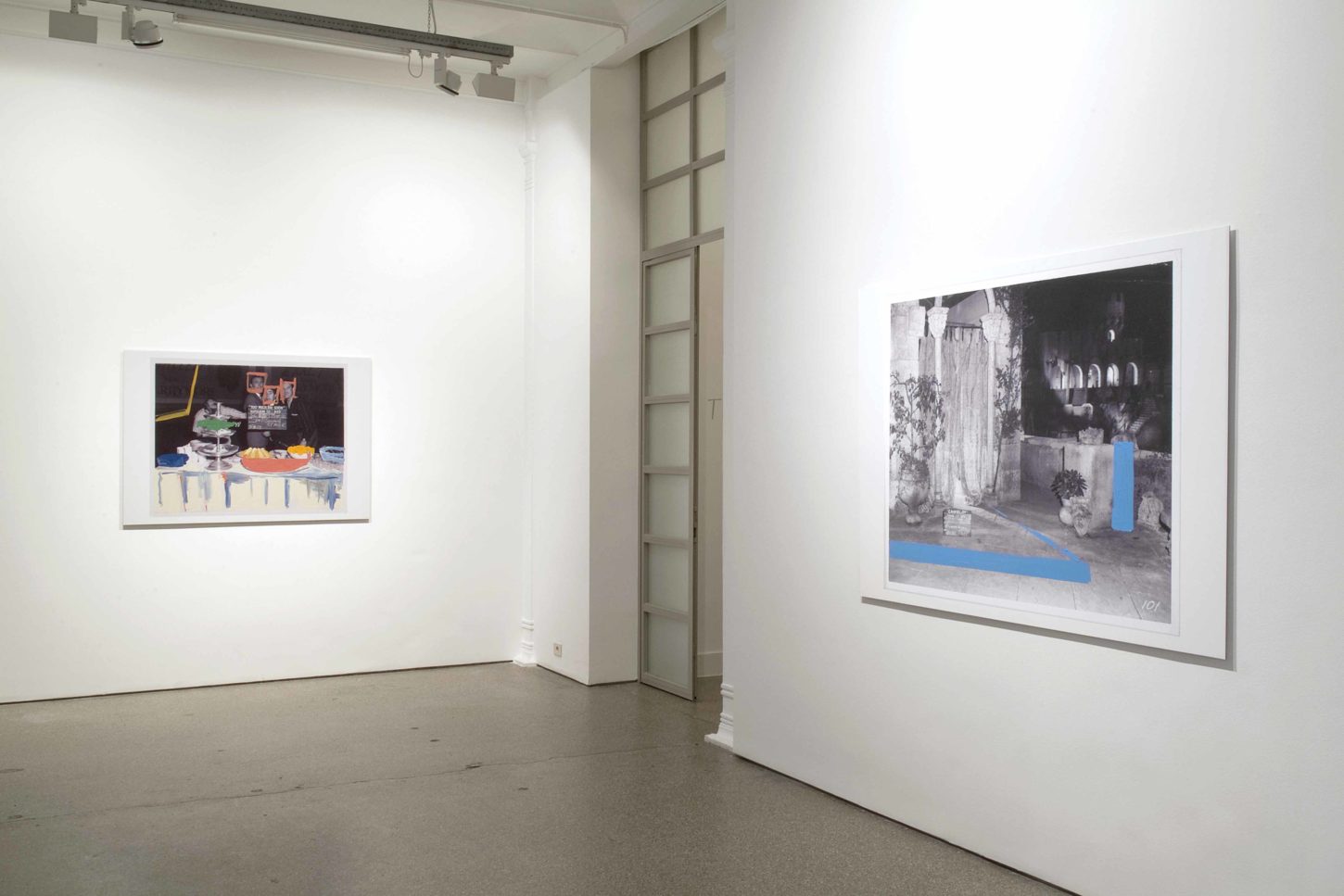 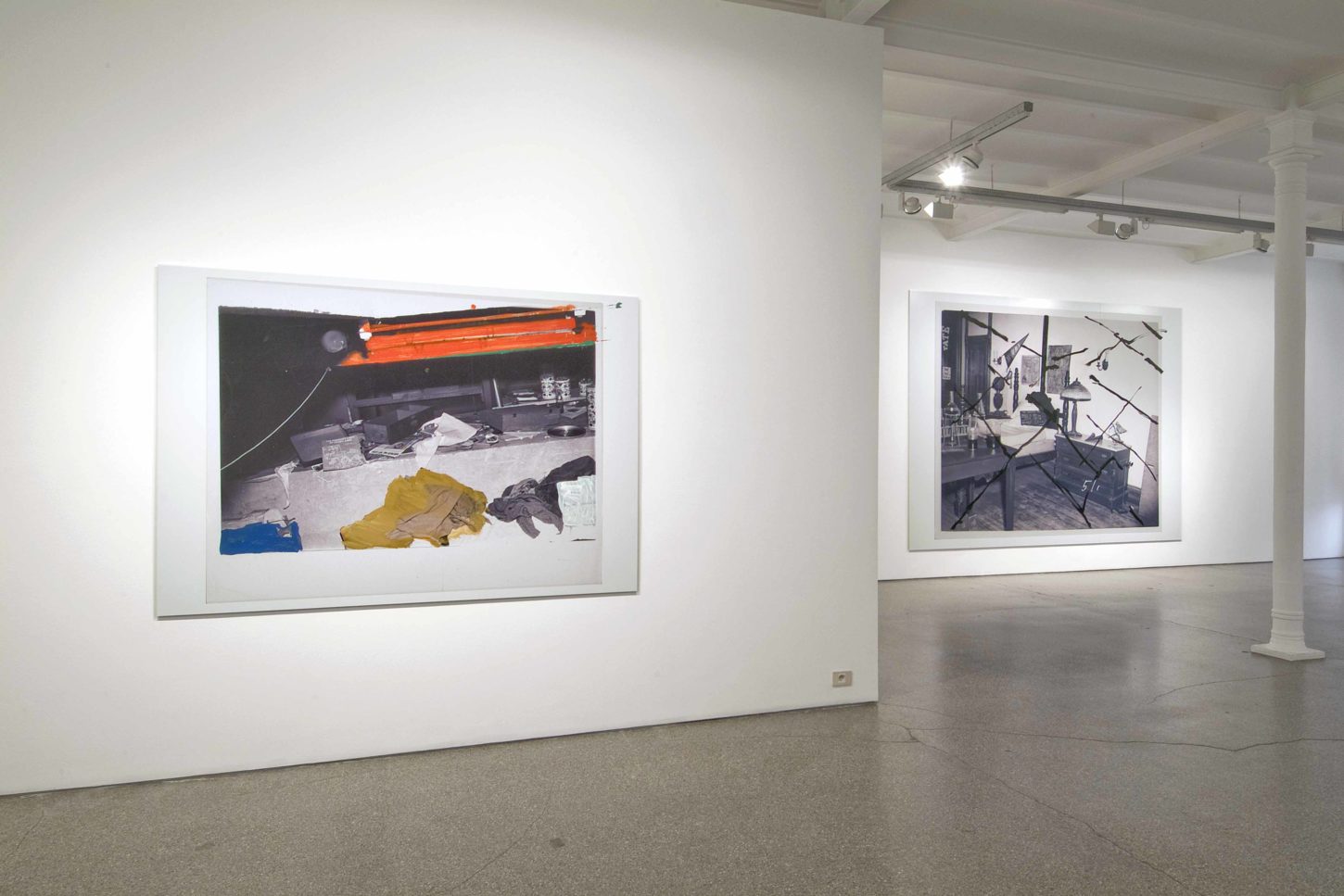 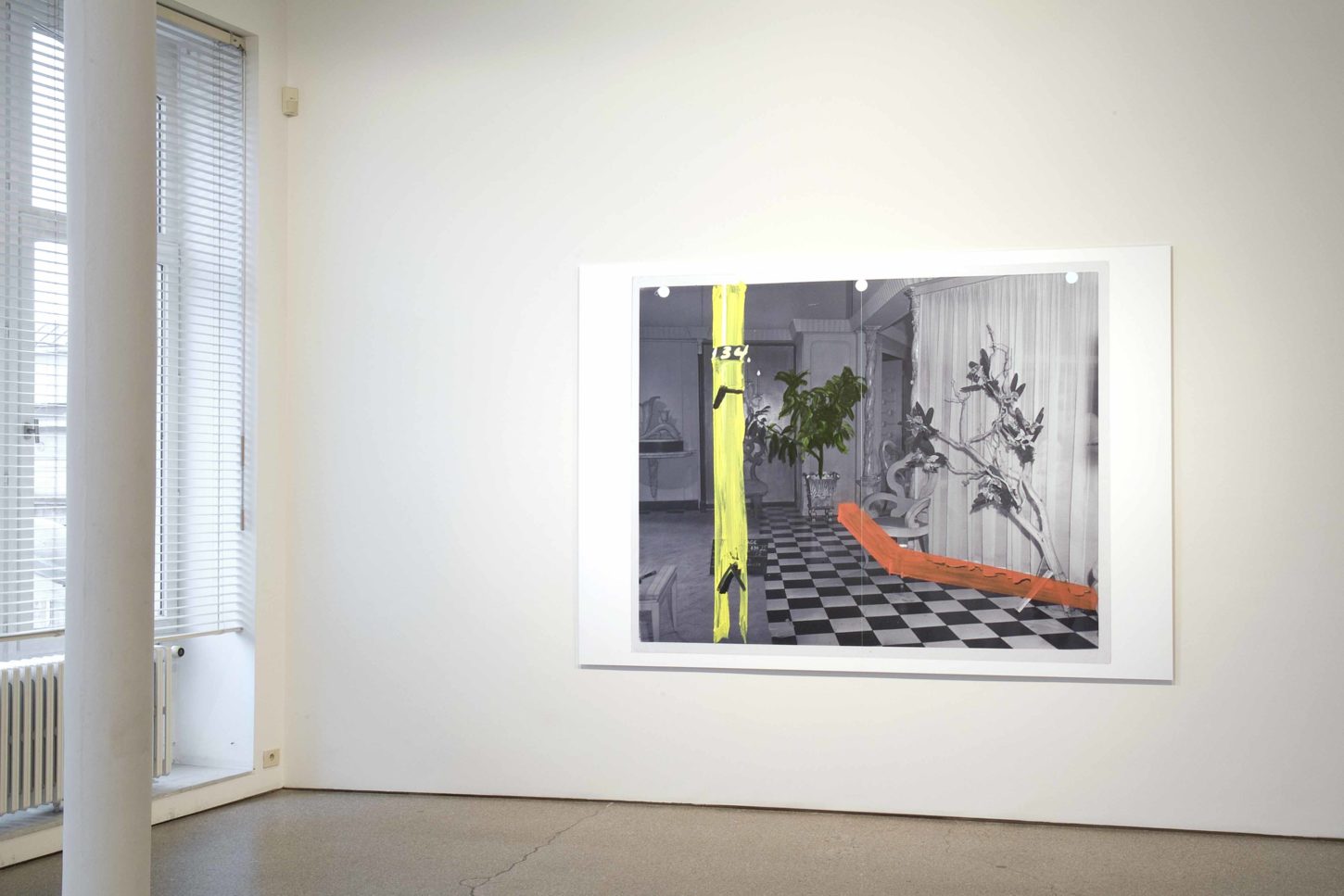 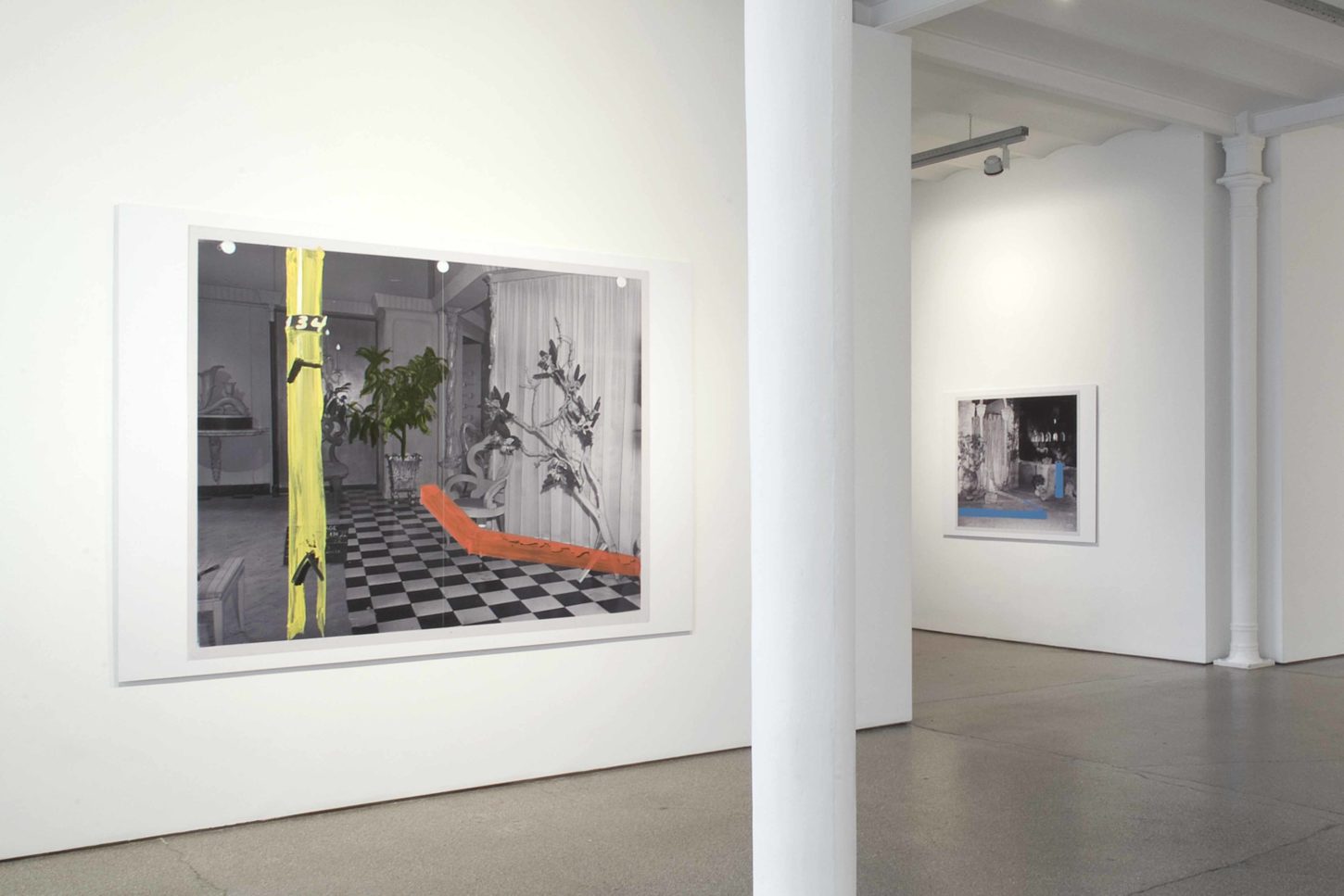 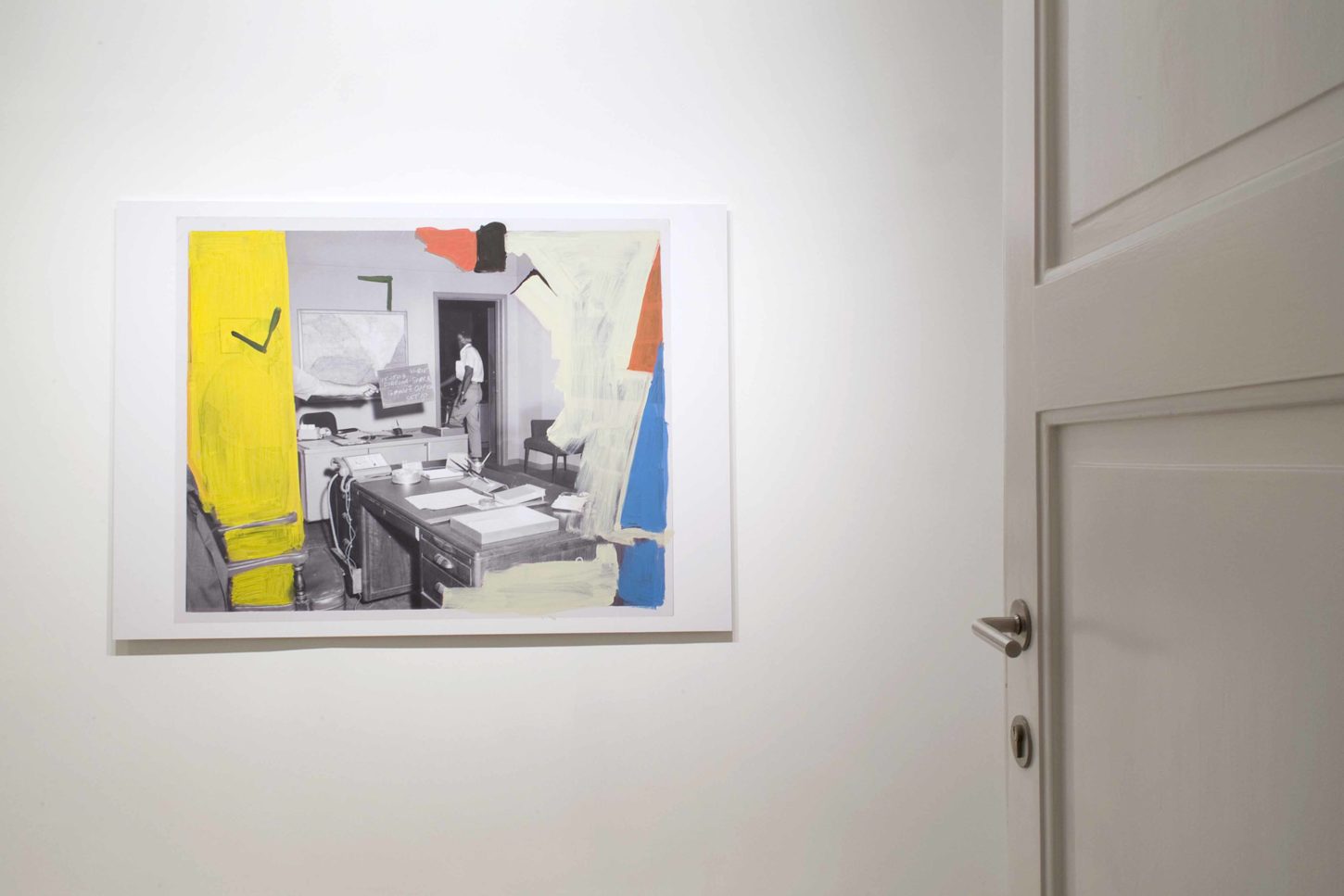 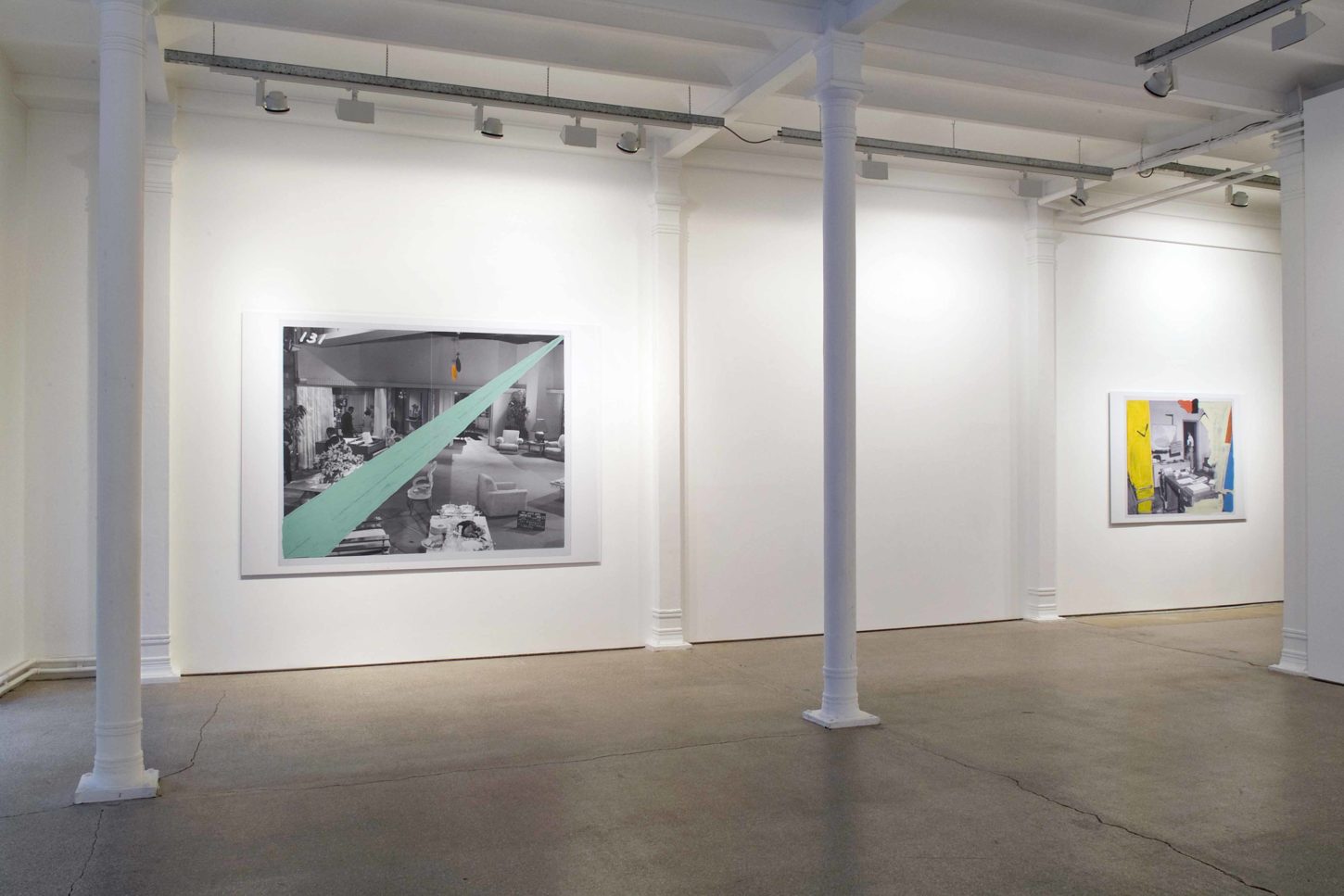 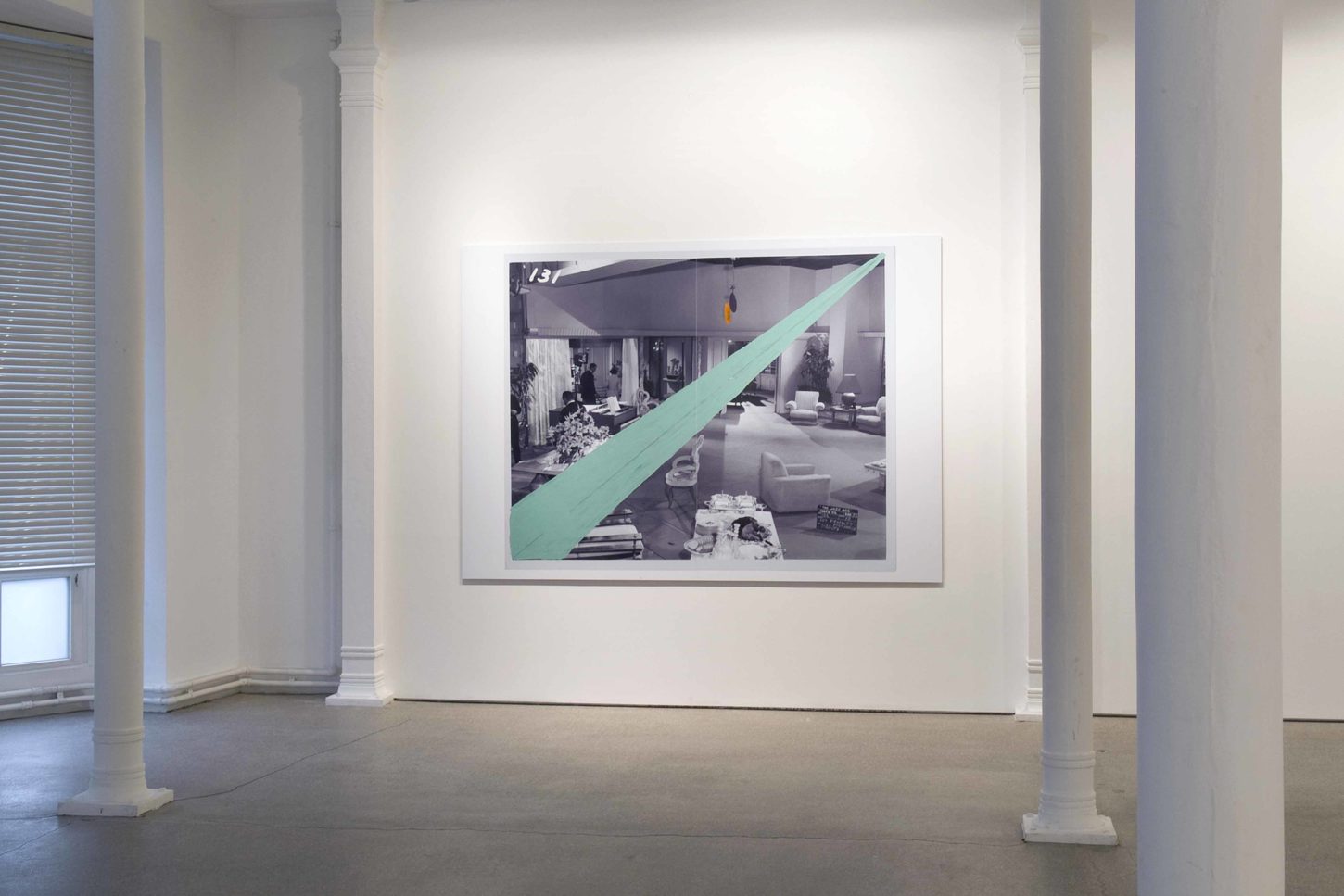 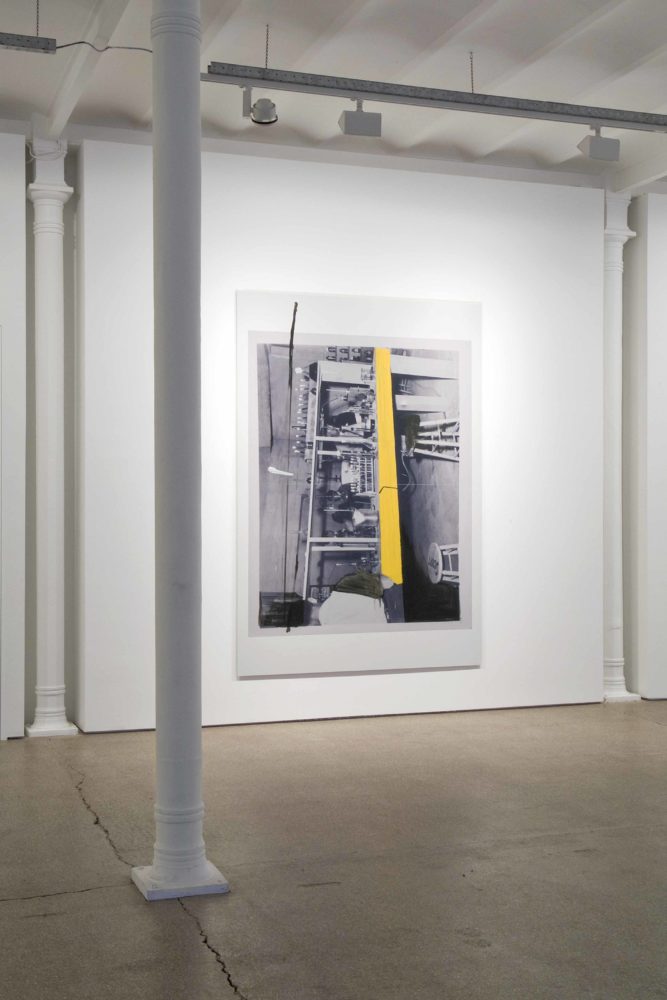 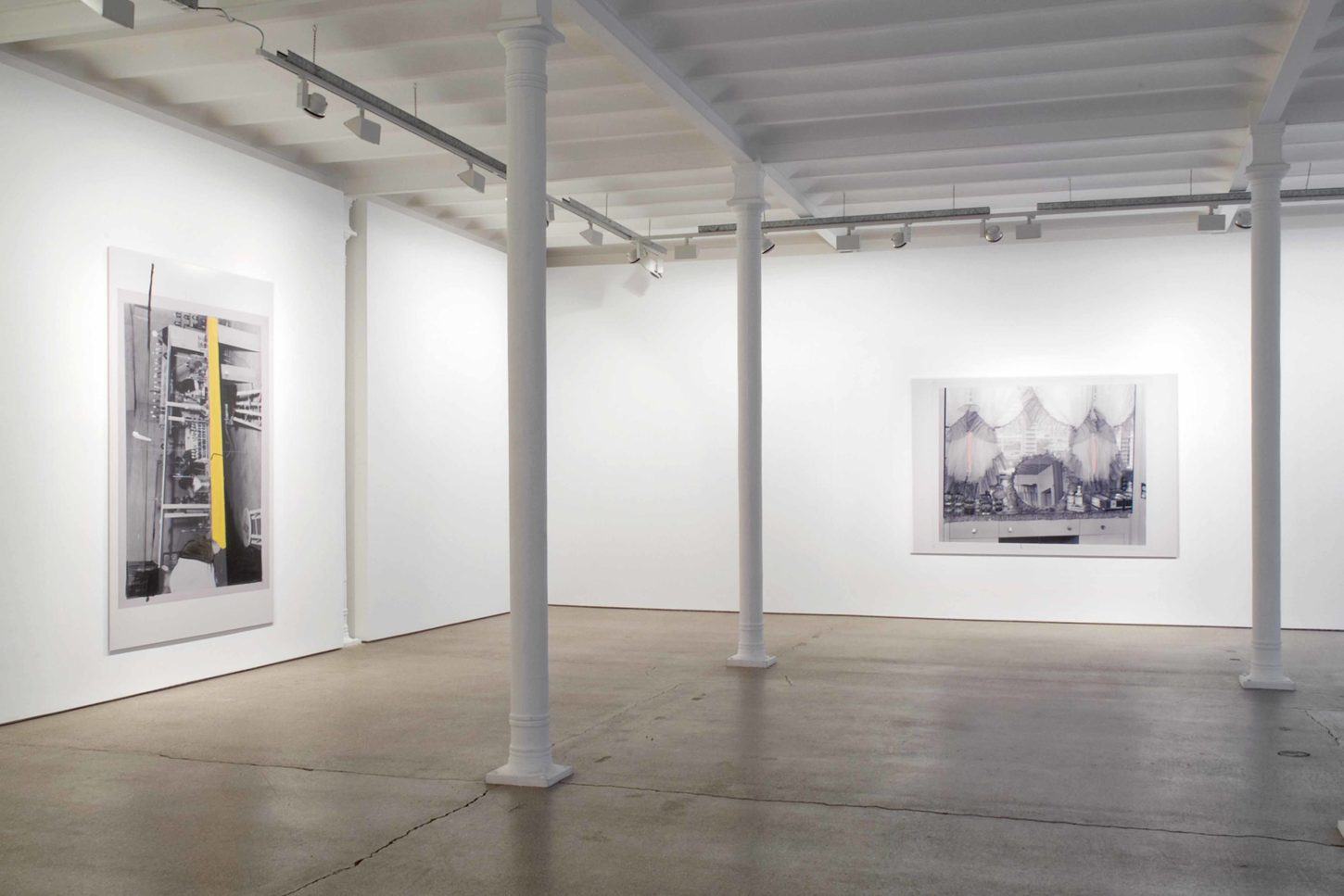 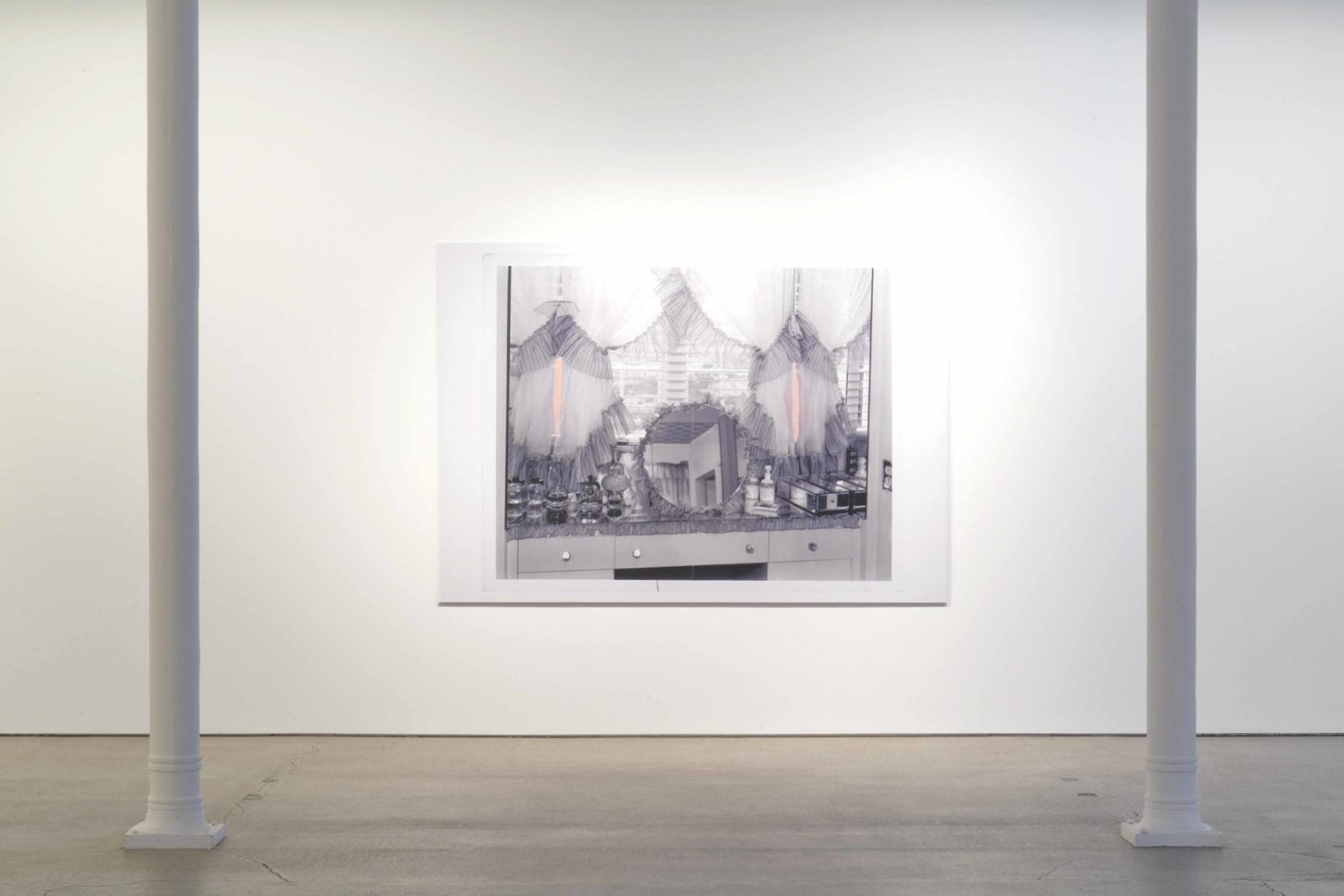 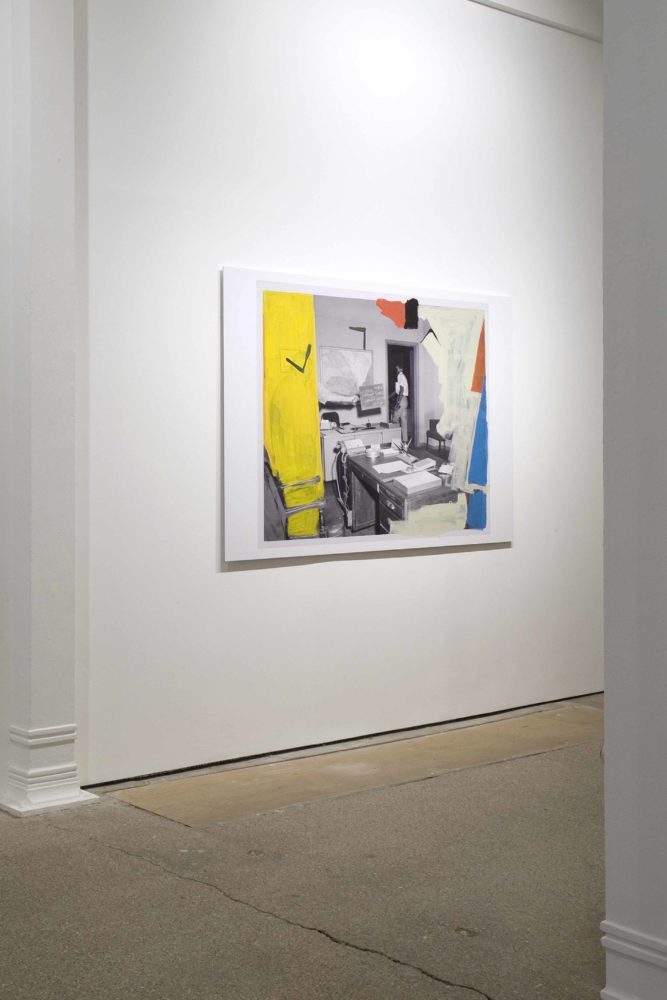 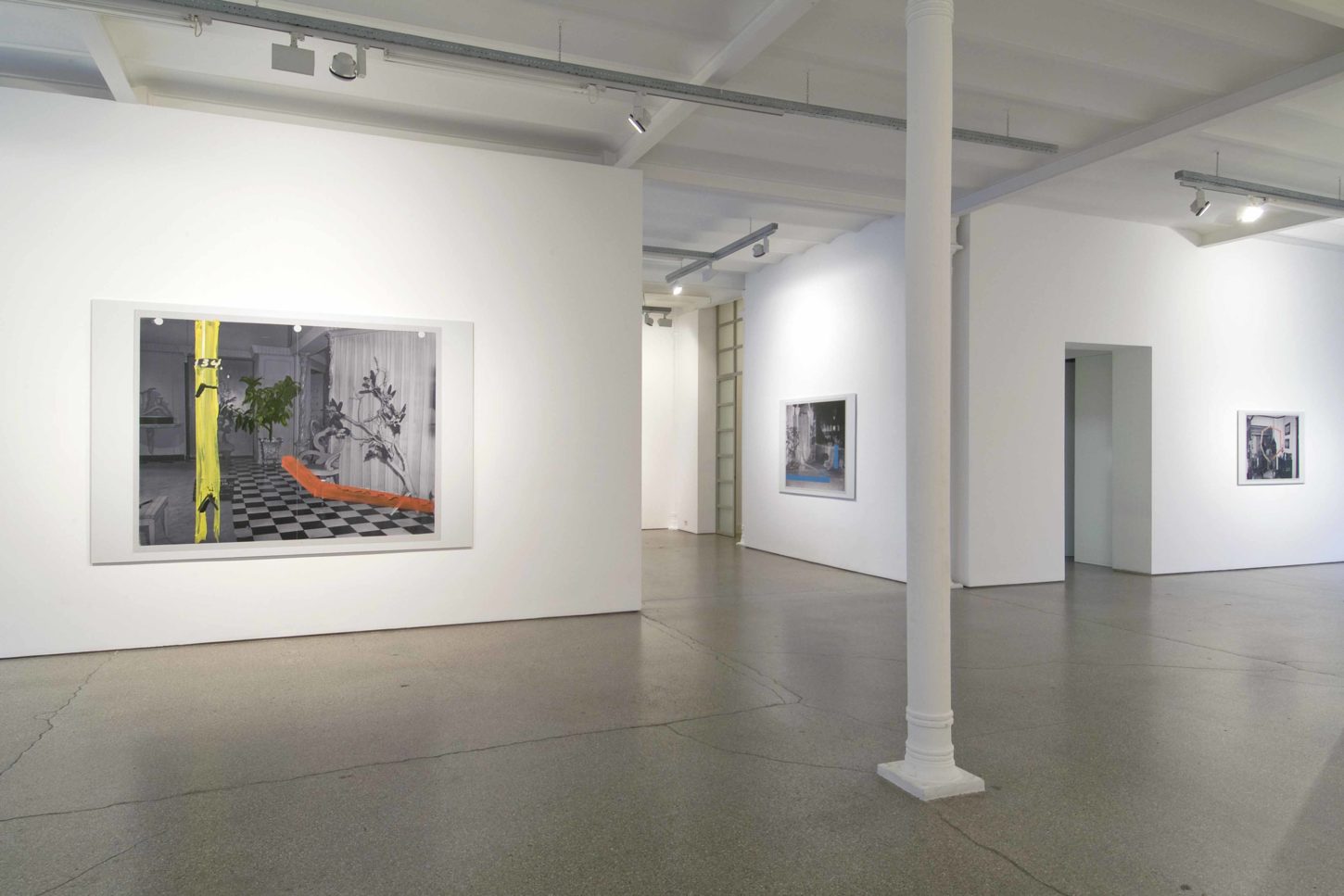 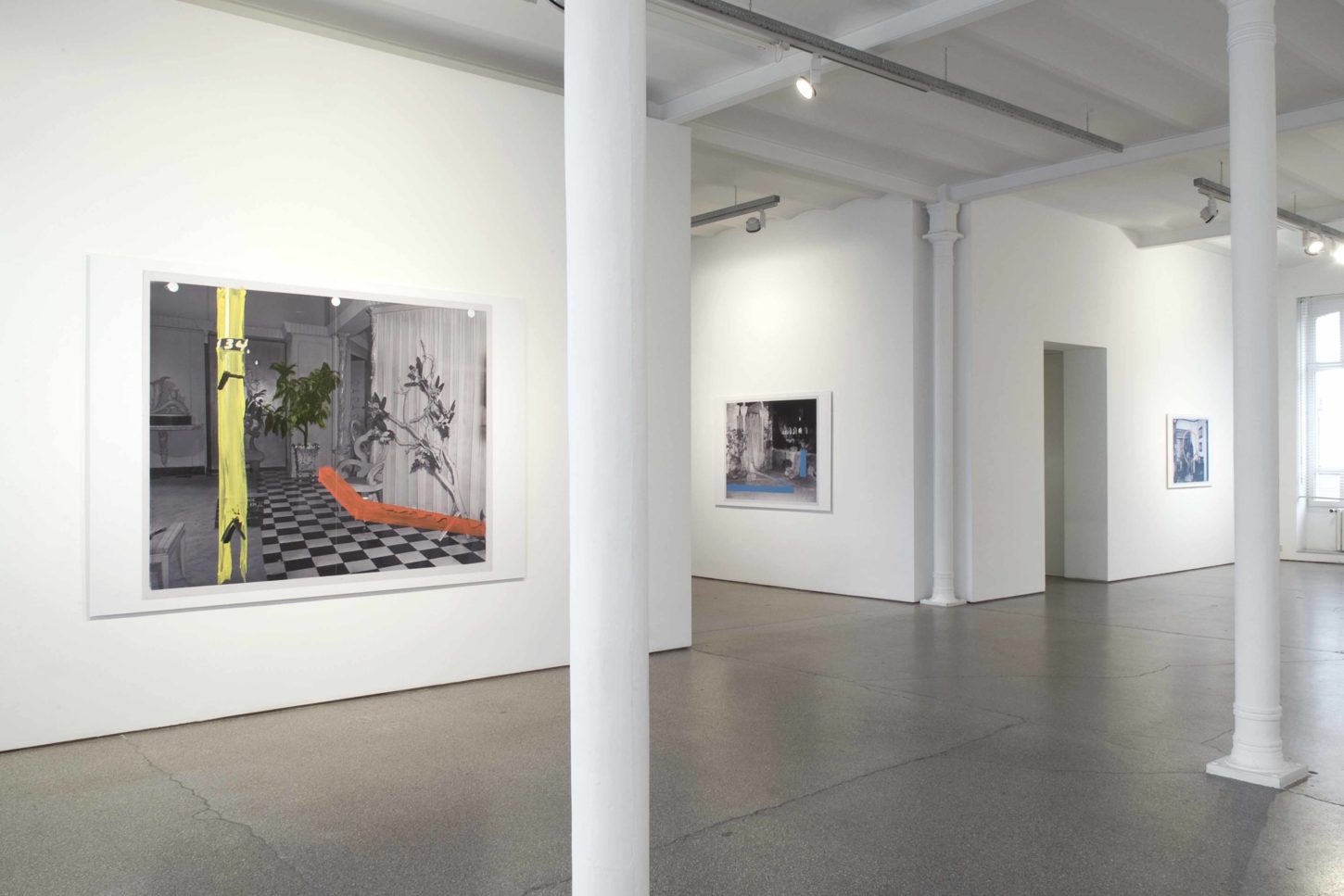 John Baldessari (National City, California, 1931) lives and works in Santa Monica.  His photographic works undermine the conventional language of  images.  Drawing on visual material from the cinema, newspapers and movie stills, he has described his photomontages as “blasted allegories,” shards and fragments of possible meanings that lend themselves to on-the-spot interpretation. Rooted in conceptual art, Baldessari’s practice continues to evince the artist’s interest in the relationship between image and language, in absurdity, banality, and in Freudian associations. In his work, atrocious images incite laughter, and triteness takes on a tragic dimension.

Koen van den Broek (Belgium 1973) is a young Belgian painter, who lives and works in Schilde, Belgium. His paintings want to examine our experience of landscape, from close-up views of bleak urban corners to huge, empty swathes of countryside. The paintings combine sensual abstraction with precise figuration to create paintings of arresting, cinematic power.

Koen van den Broek has long been familiar with the work of the American artist John Baldessari, whose artistic output has been of seminal importance for the younger generation of artists because in his sustained personal interpretation of conceptual art he has never renounced the making of images.

‘This an Example of That’ is a unique collaboration between these two artists.

For this project John Baldessari sent Koen Van den Broek from his copious archive a series of photographs of scenery and sets from the Hollywood film world. Koen van den Broek conceived and processed this series of 22 suggestive images – blown up in prints ranging in size from small to monumental – with brightly coloured passages, strokes and stripes with the result that a new reading reorients and accentuates the work.

With the respect to content these works aim to occupy a position somewhere between photographic recognition and pictorial abstraction.

This collaboration, in which both artists have retained their artistic autonomy, puts forward a conceptual and aesthetic question on the meaning and the shifts of meaning of archive pictures that as soon as they are pictorially ‘layered’ turn the relevance of their registration into art. By subsequently conceiving of titles for the ‘new’ works John Baldessari has mentally appropriated them back.

The other part of the exhibition ‘This an Example of That’ is shown at the Bonnefantenmuseum in Maastricht from the 5th of October 2008 until the 29th of January 2009.