Liam Everett
Steel your face right off your head 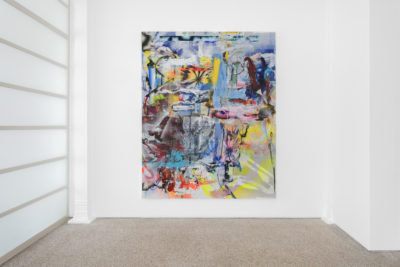 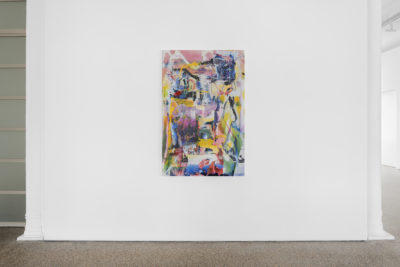 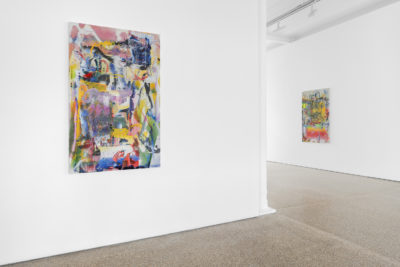 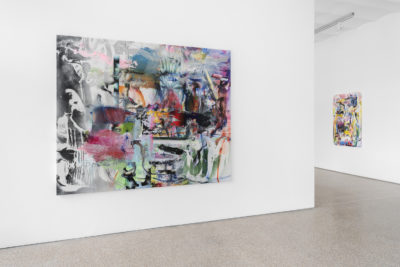 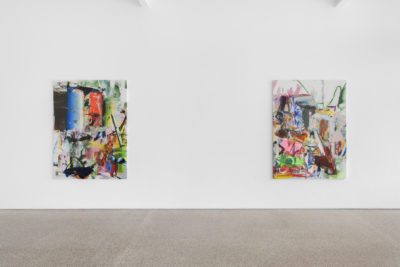 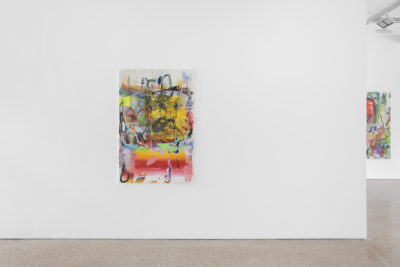 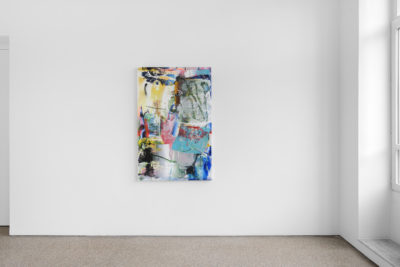 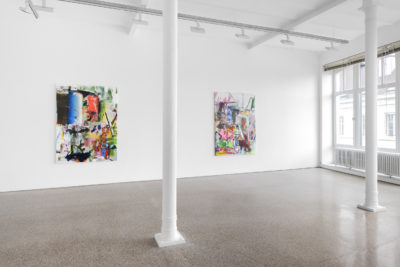 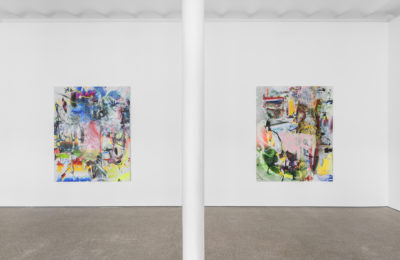 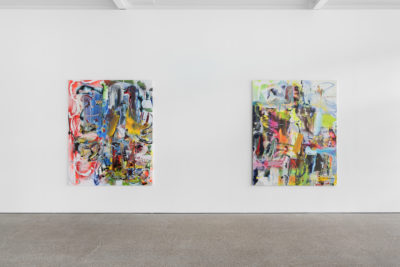 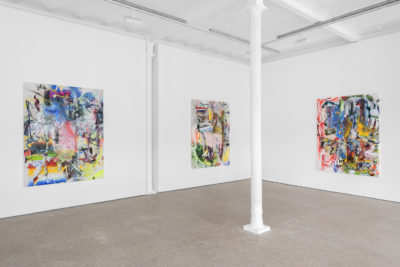 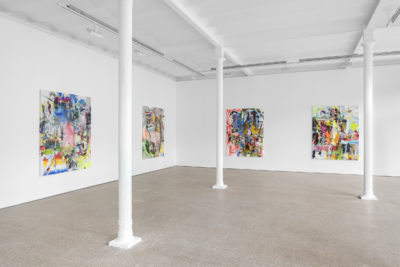 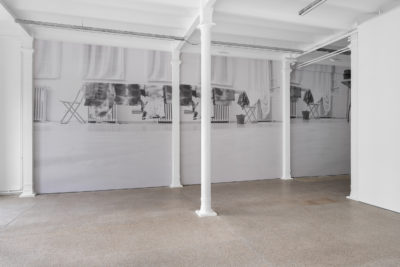 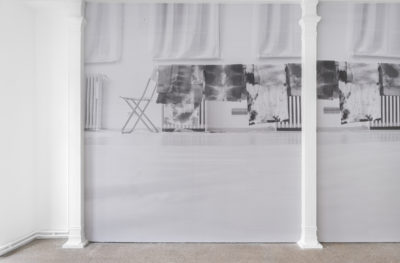 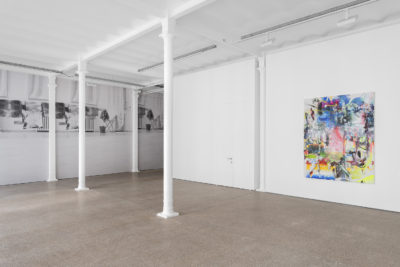 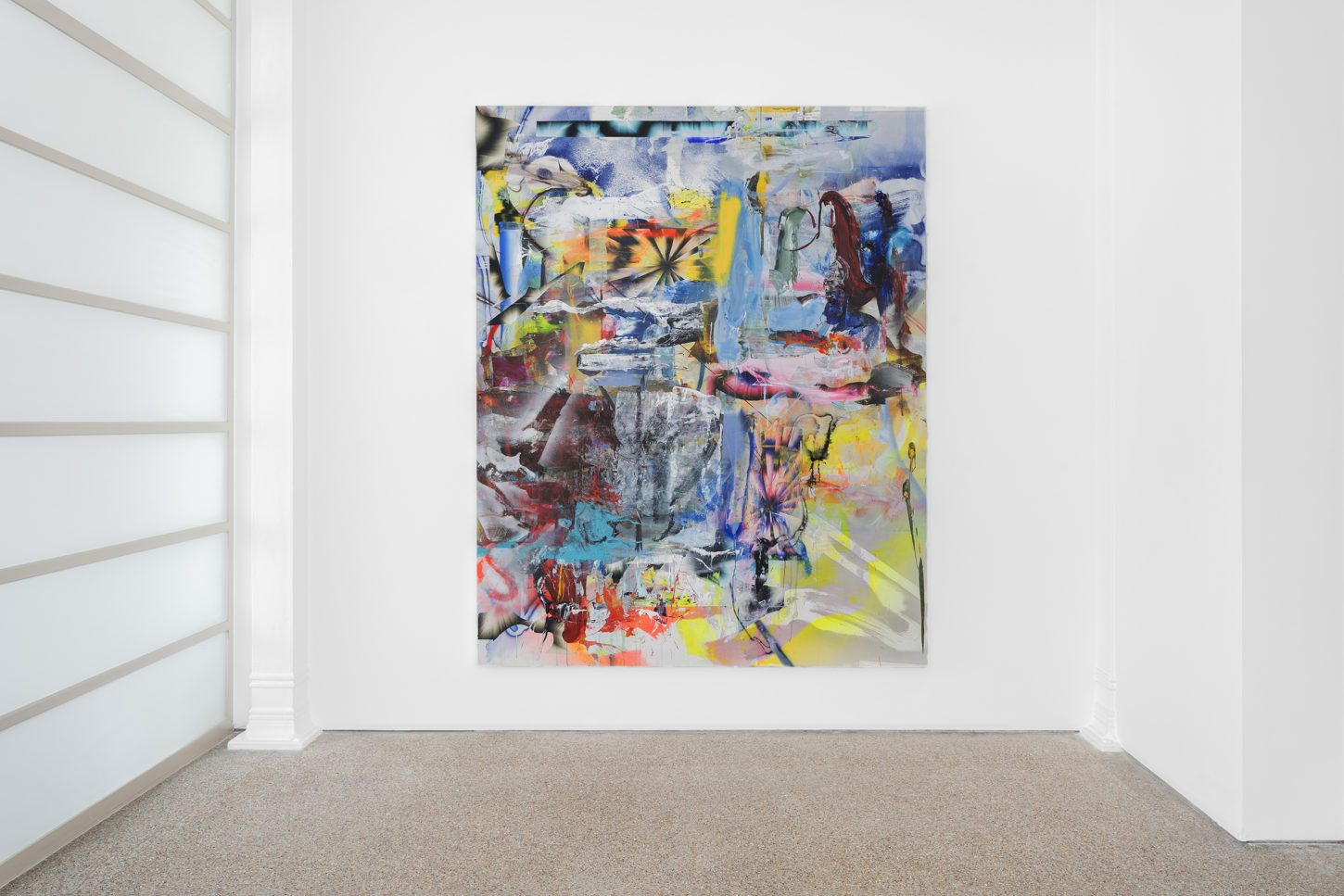 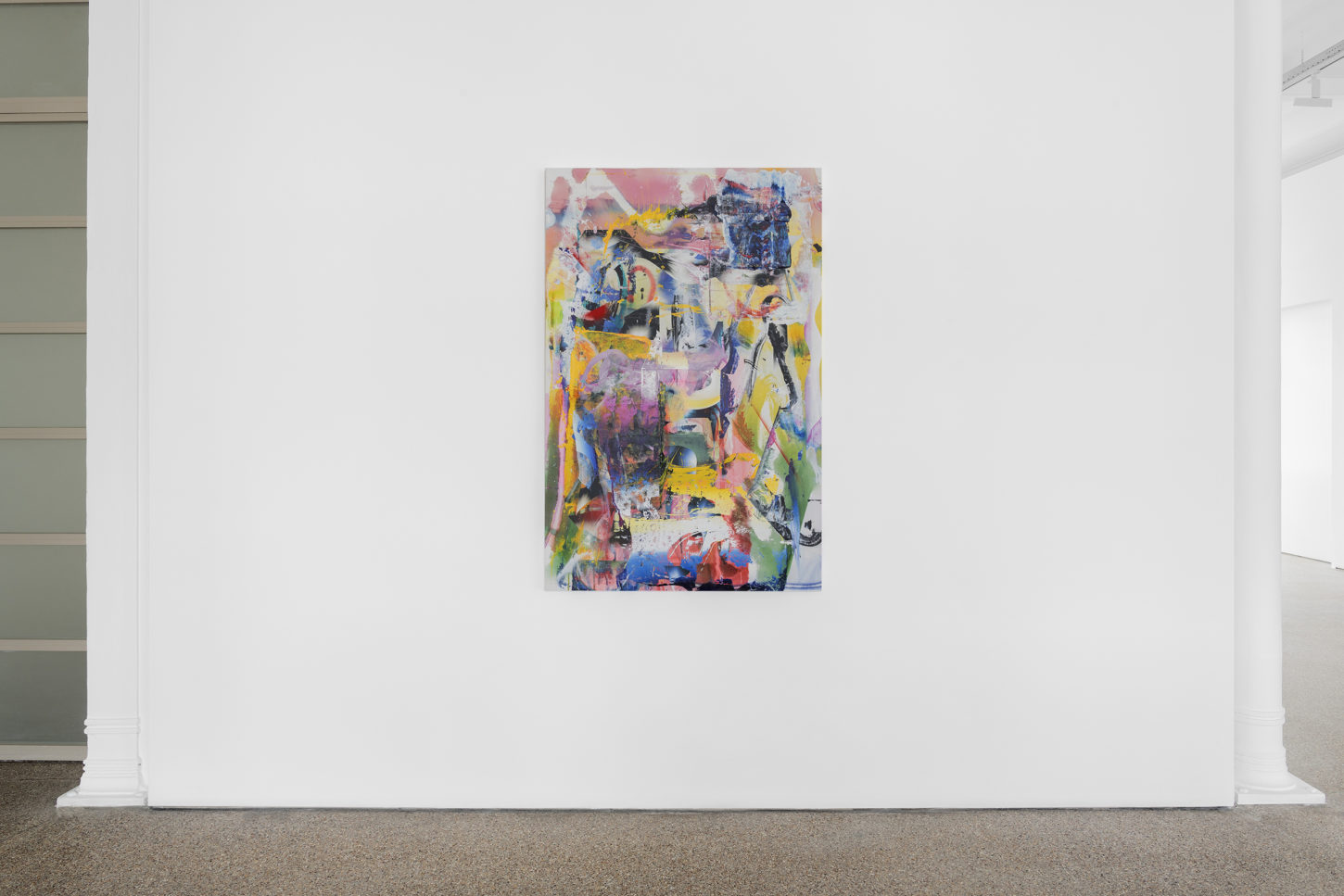 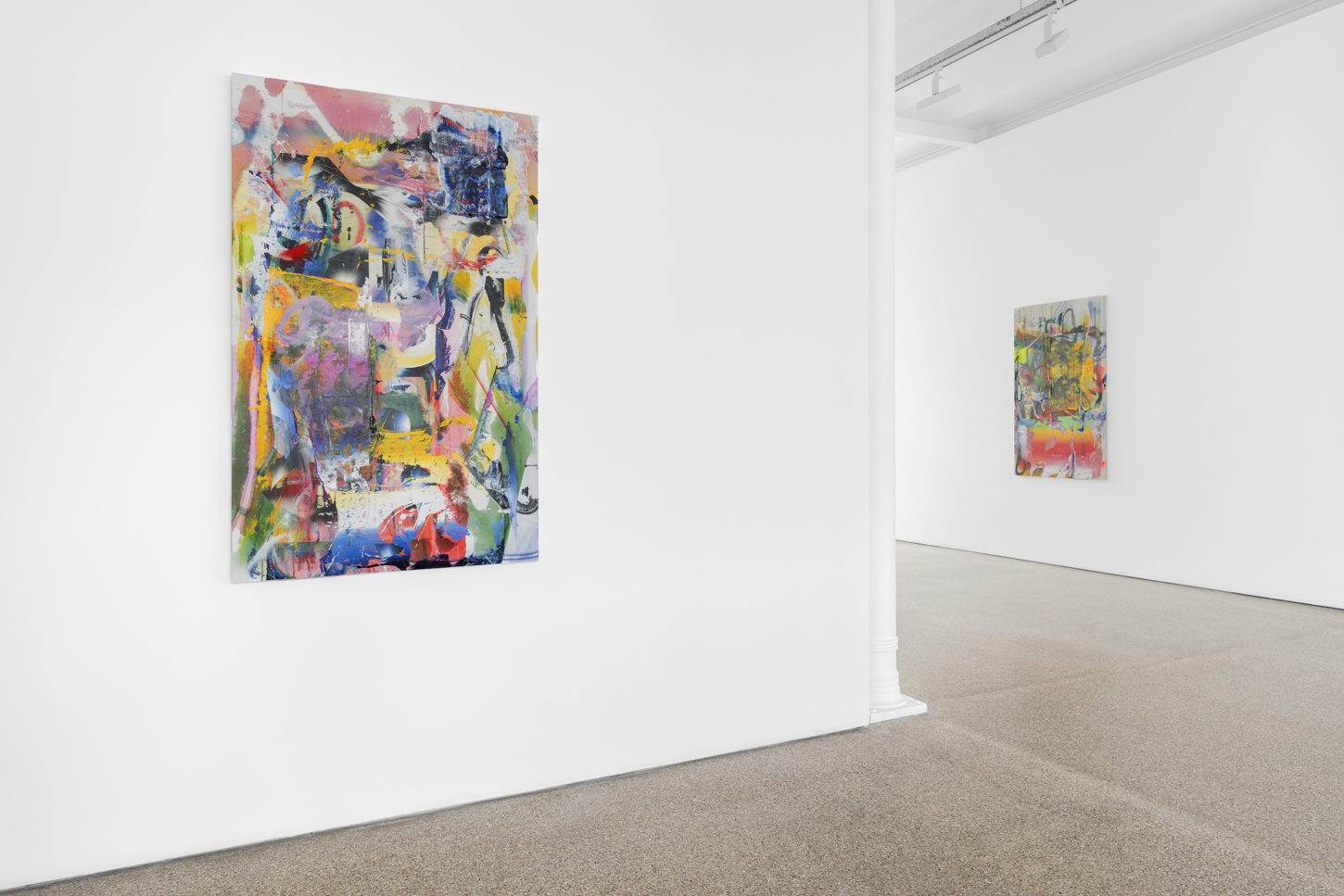 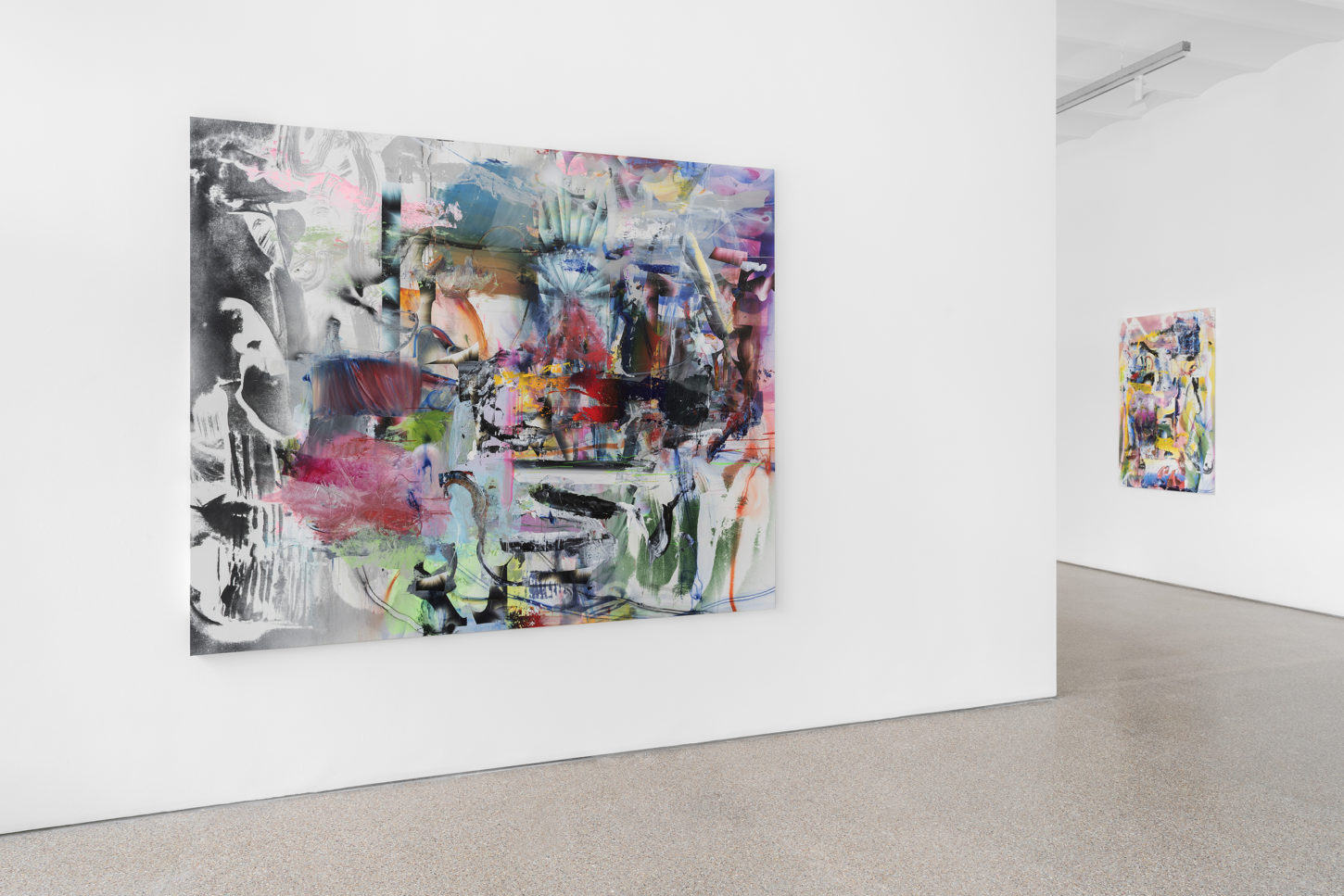 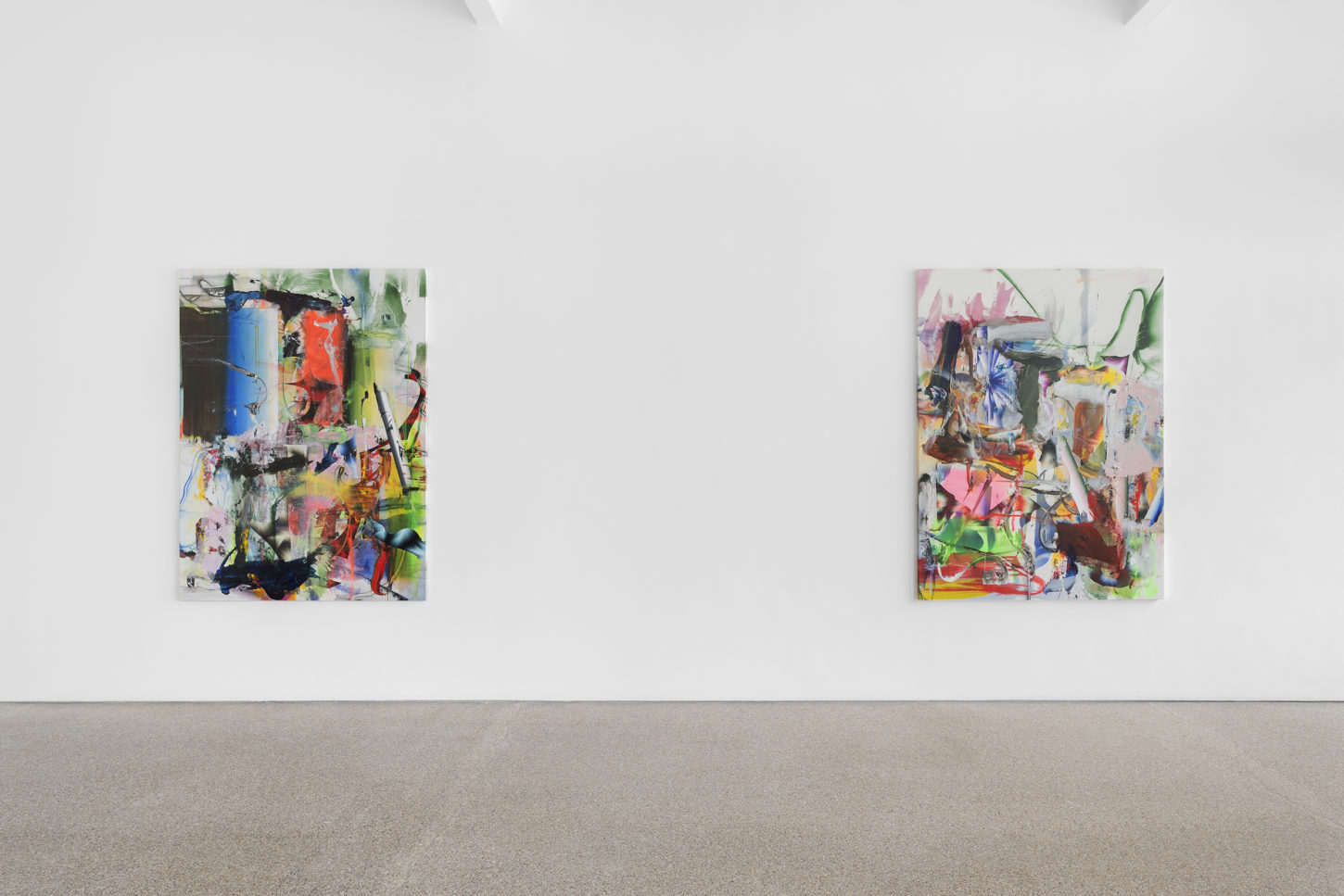 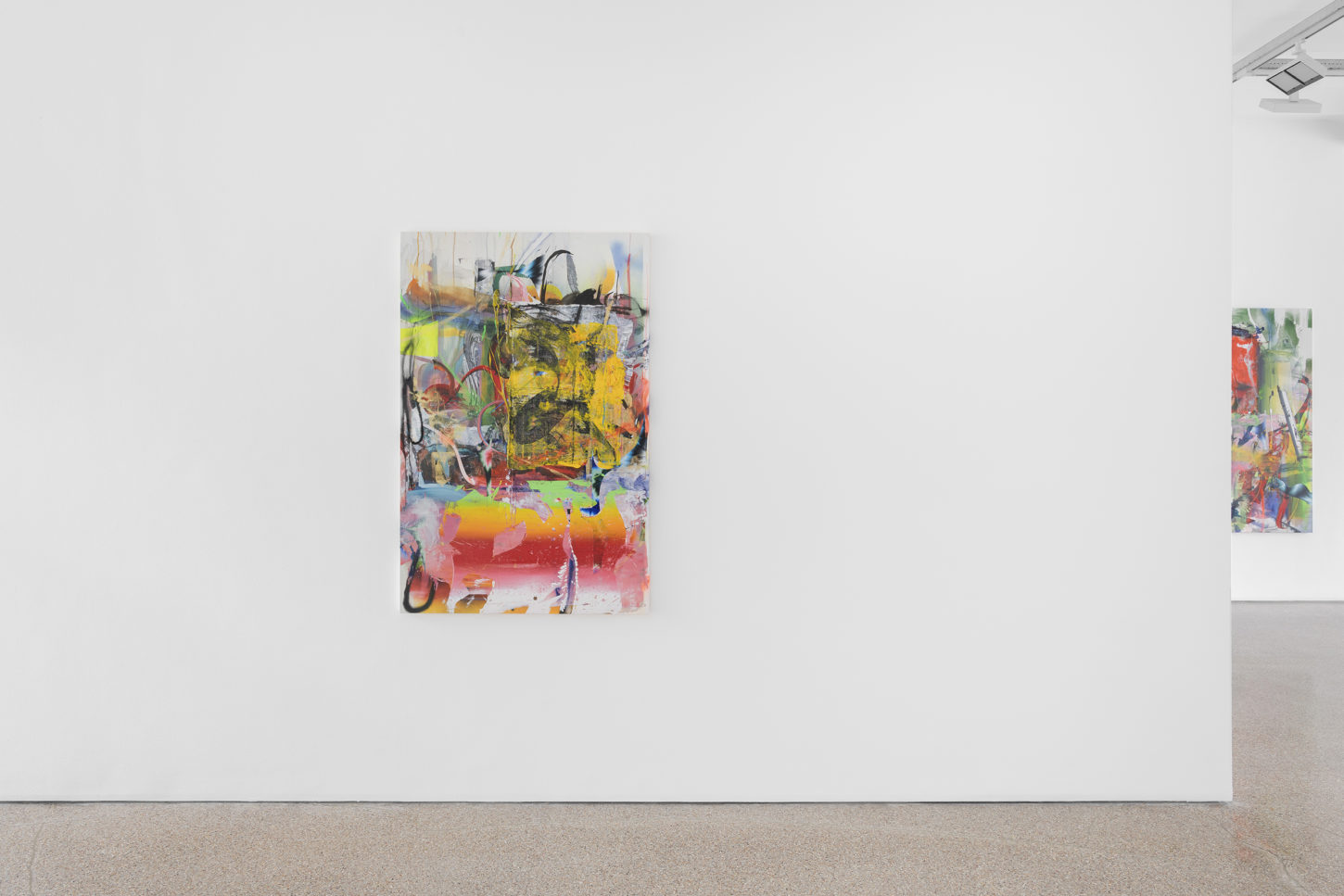 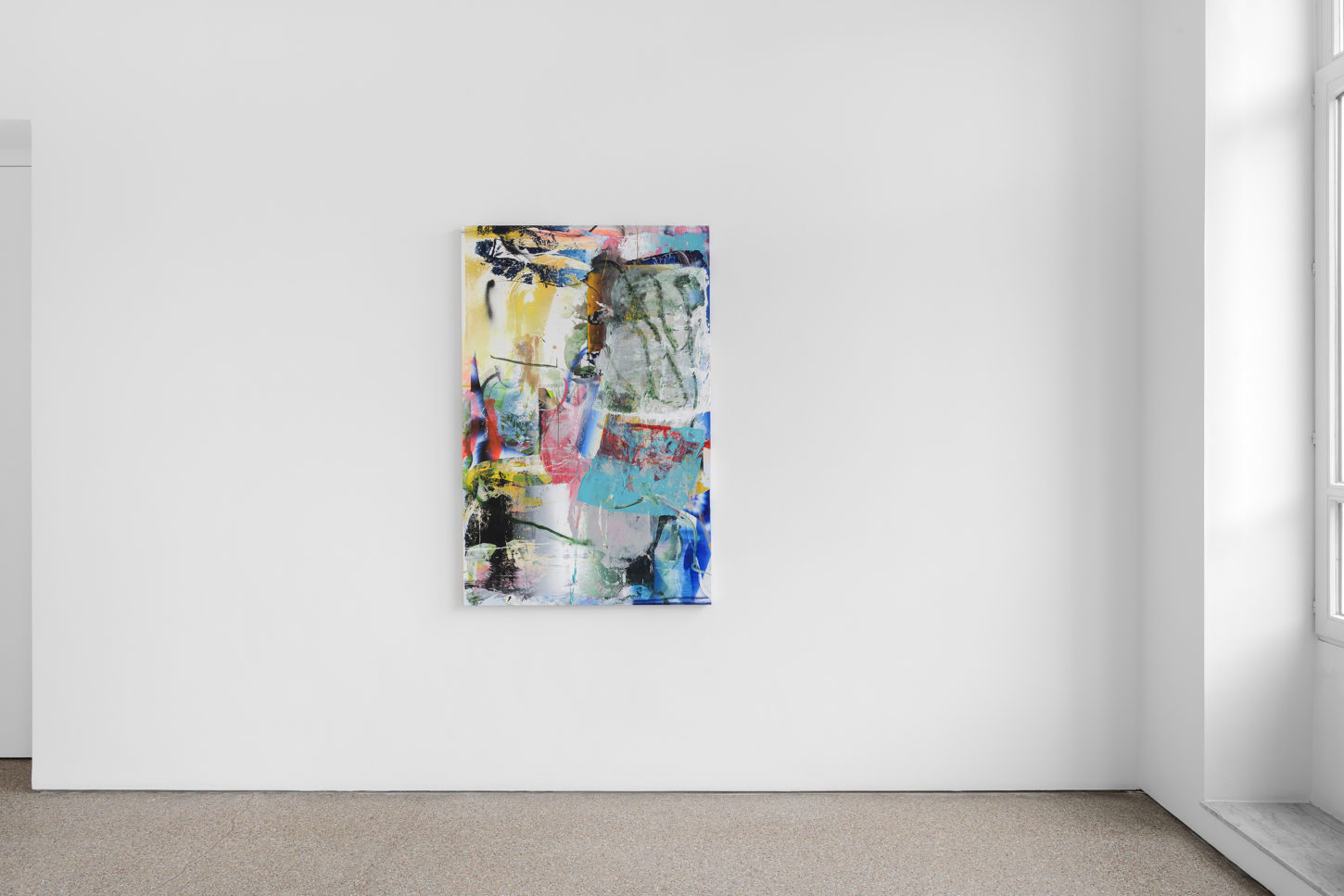 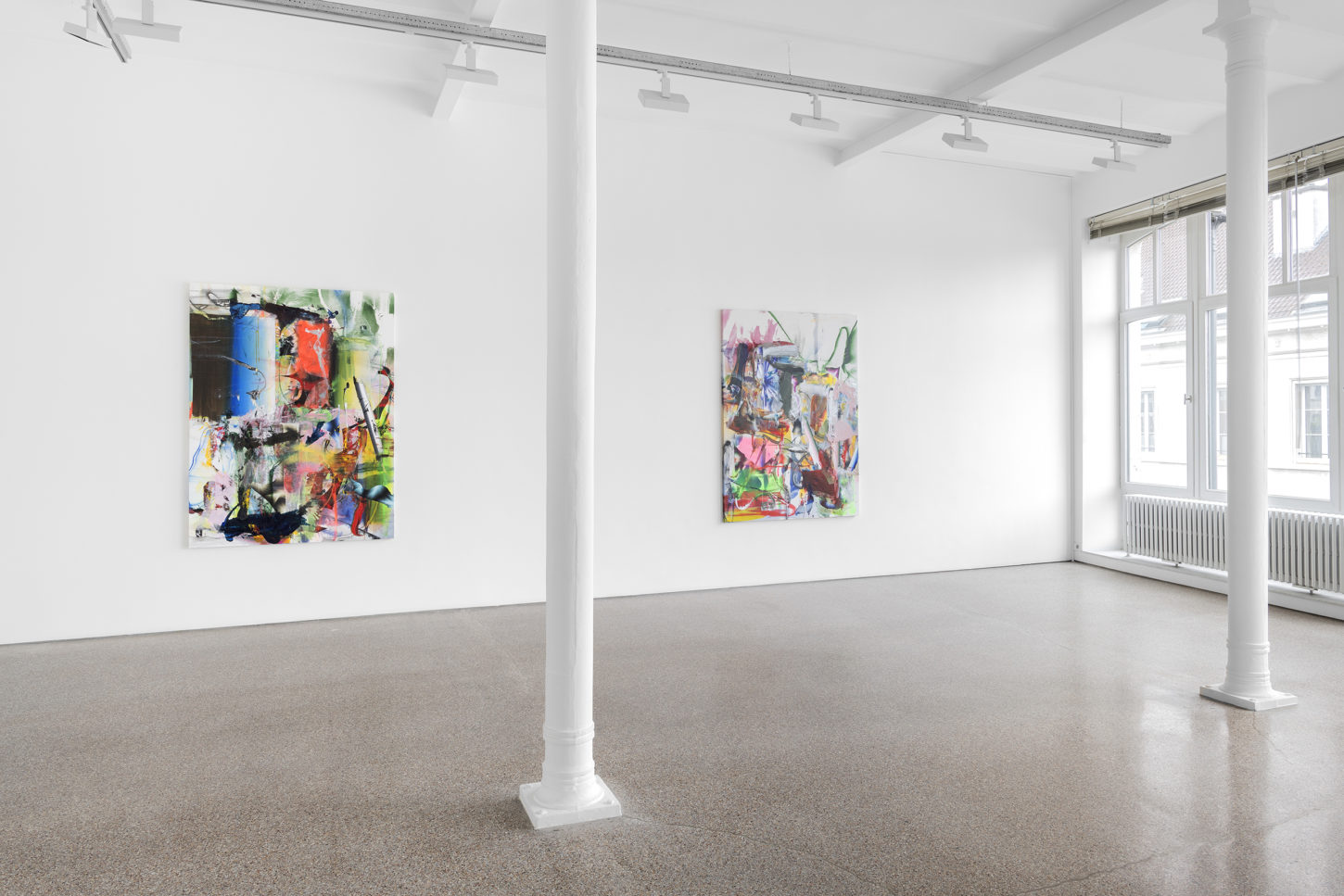 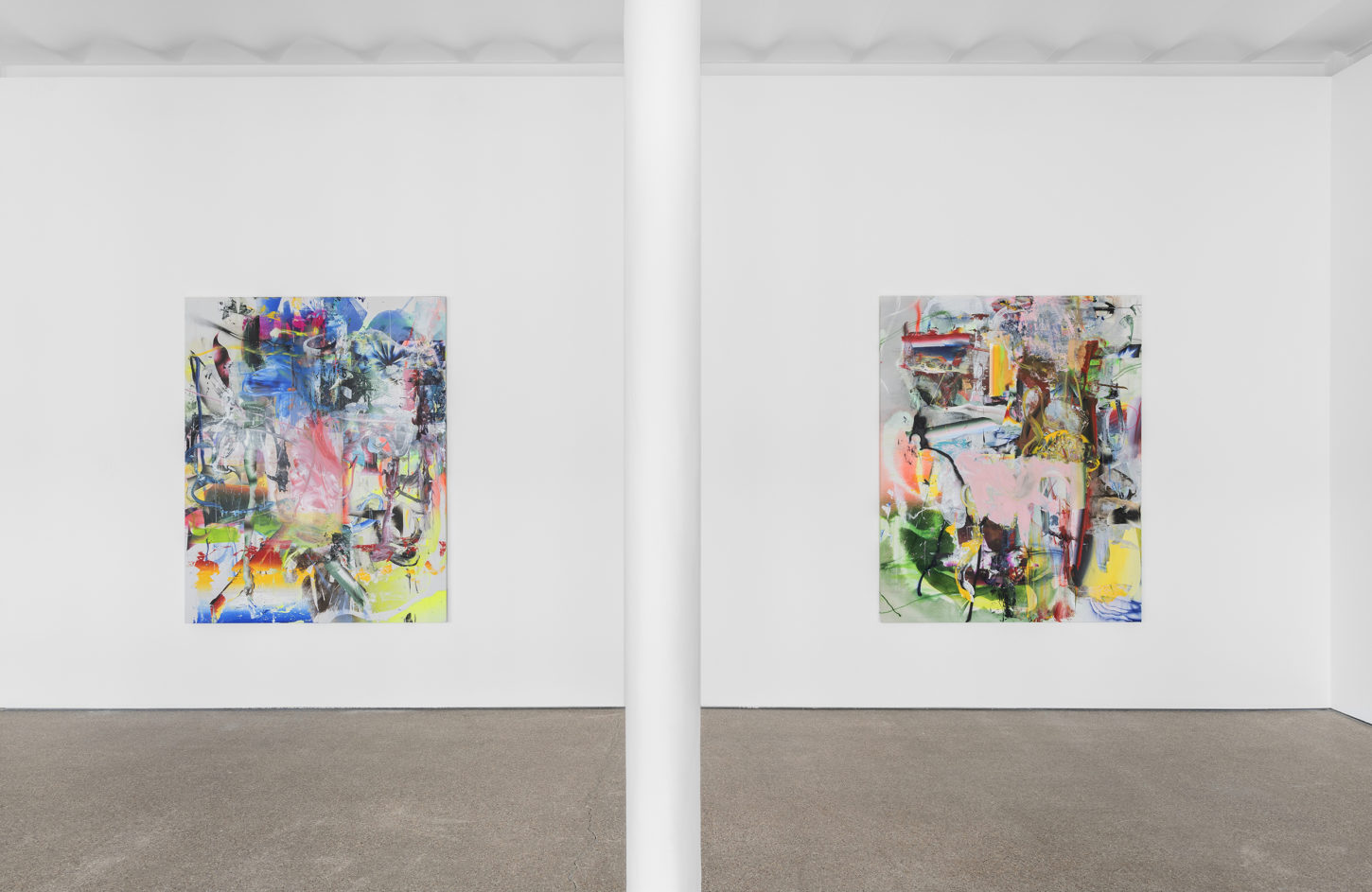 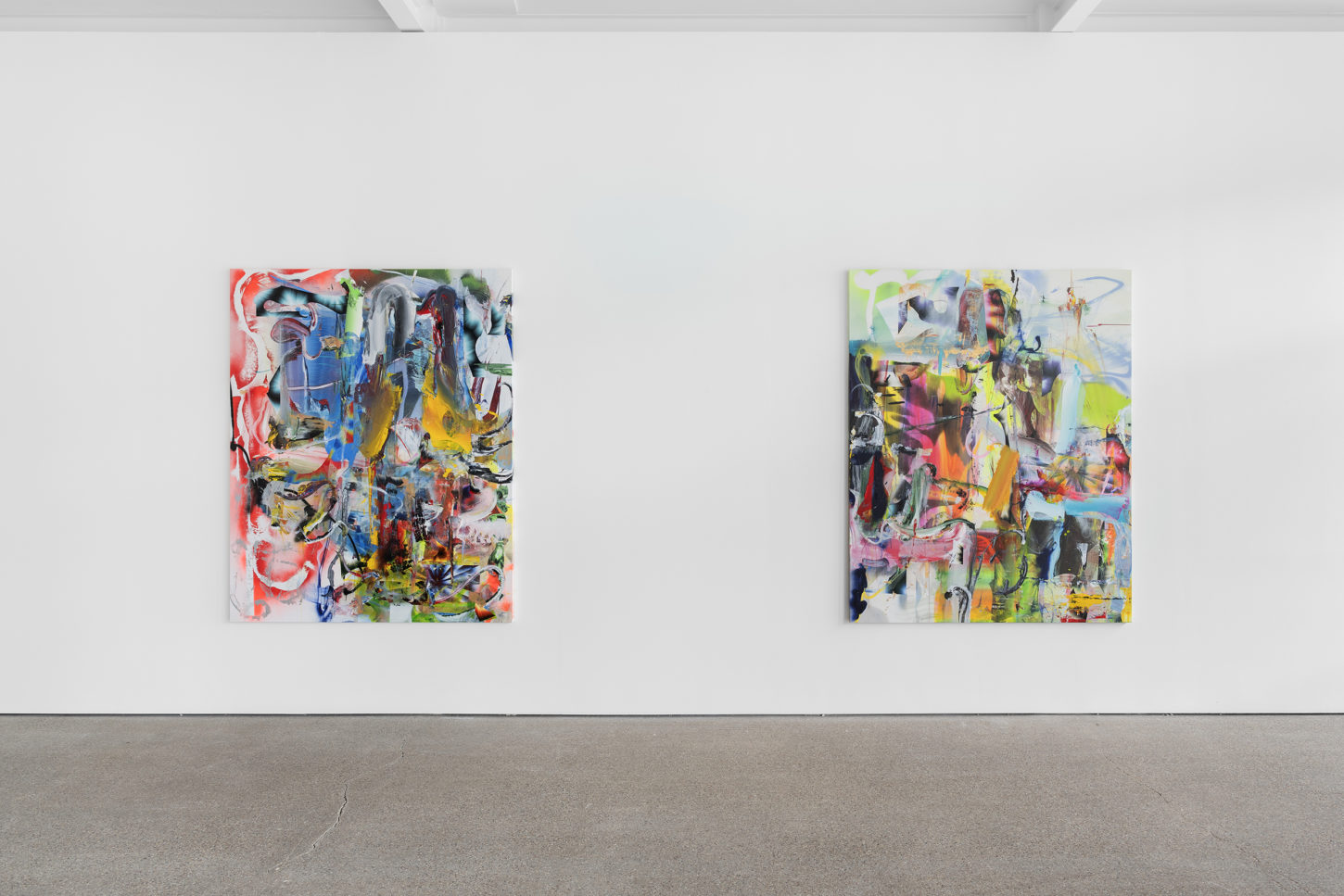 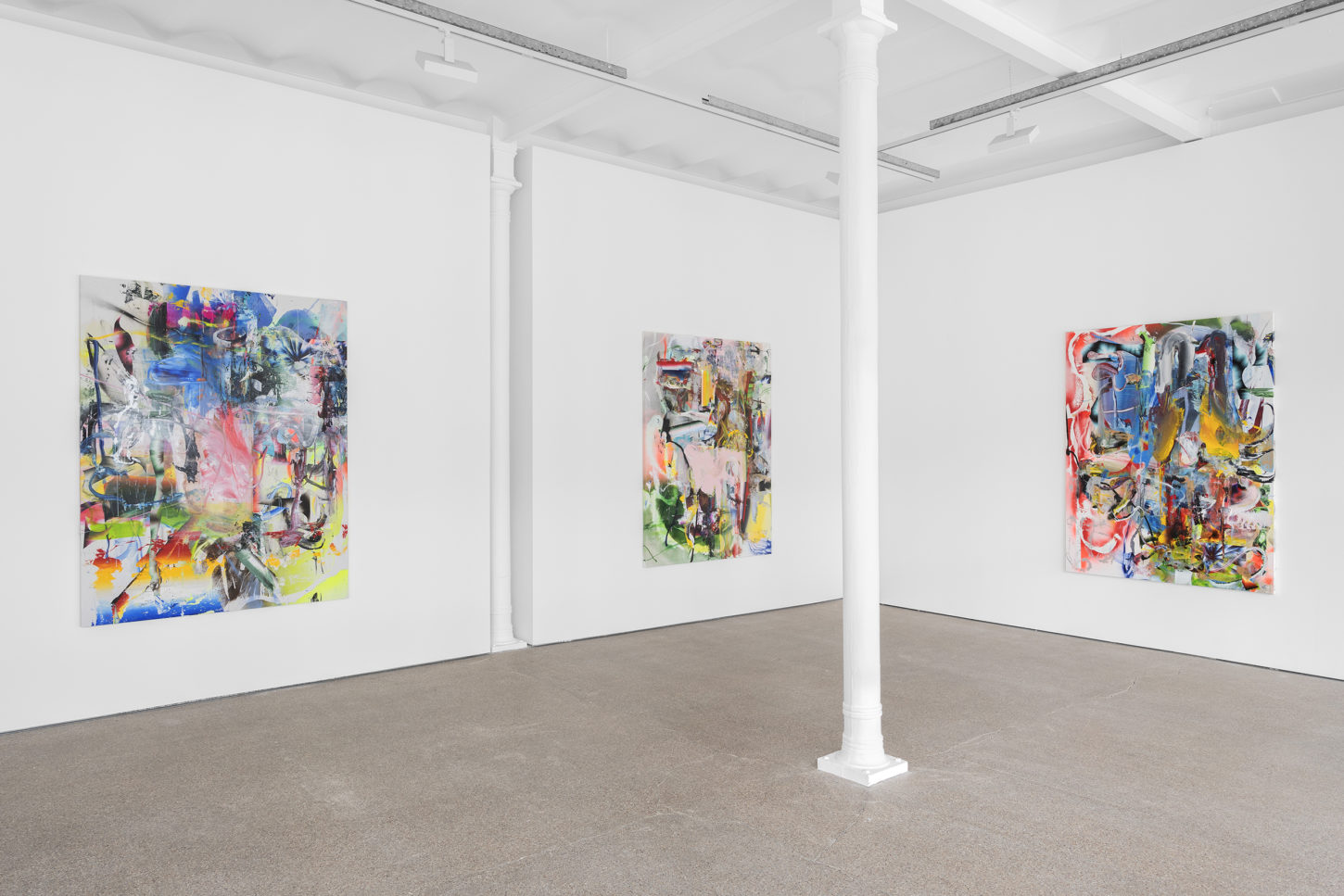 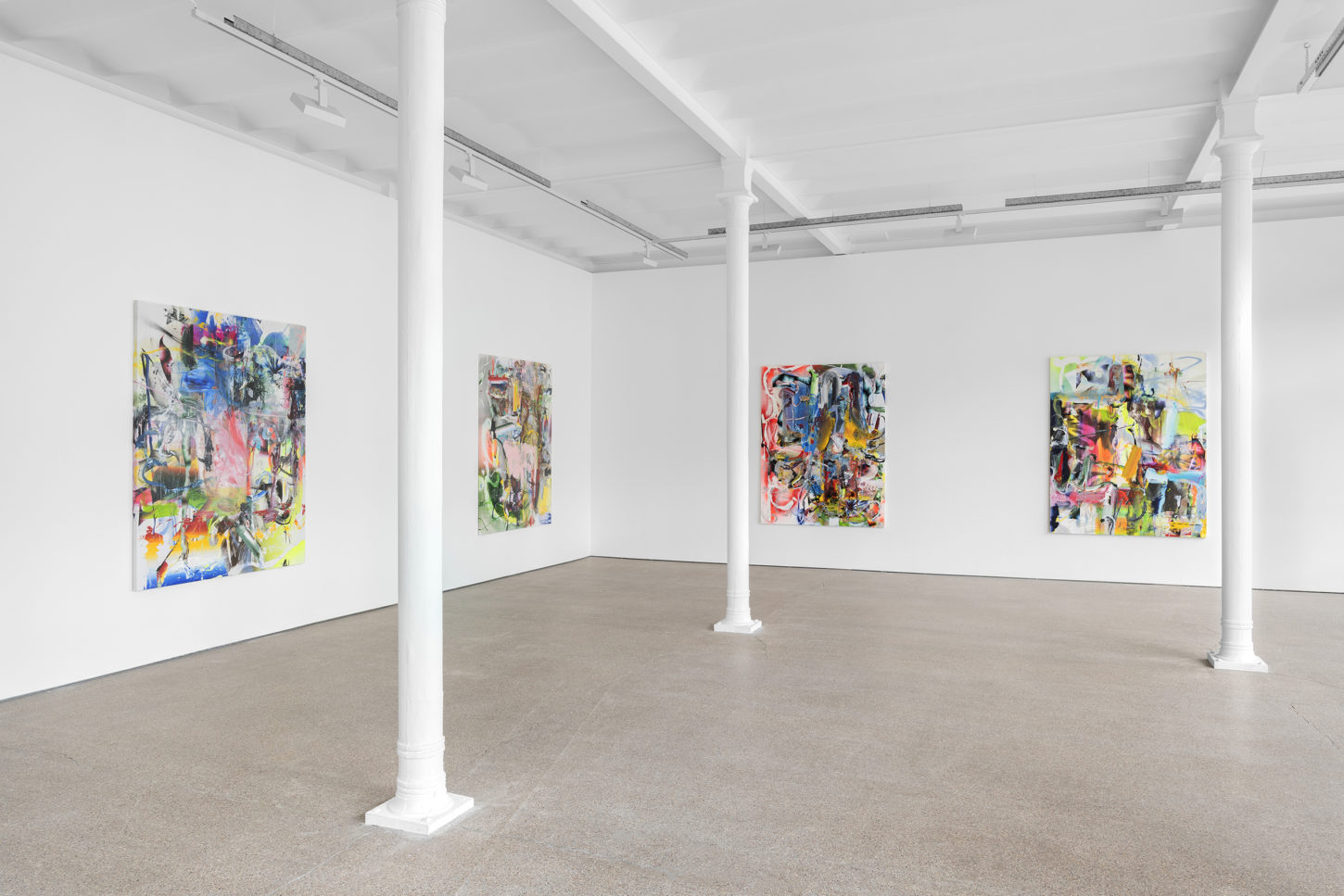 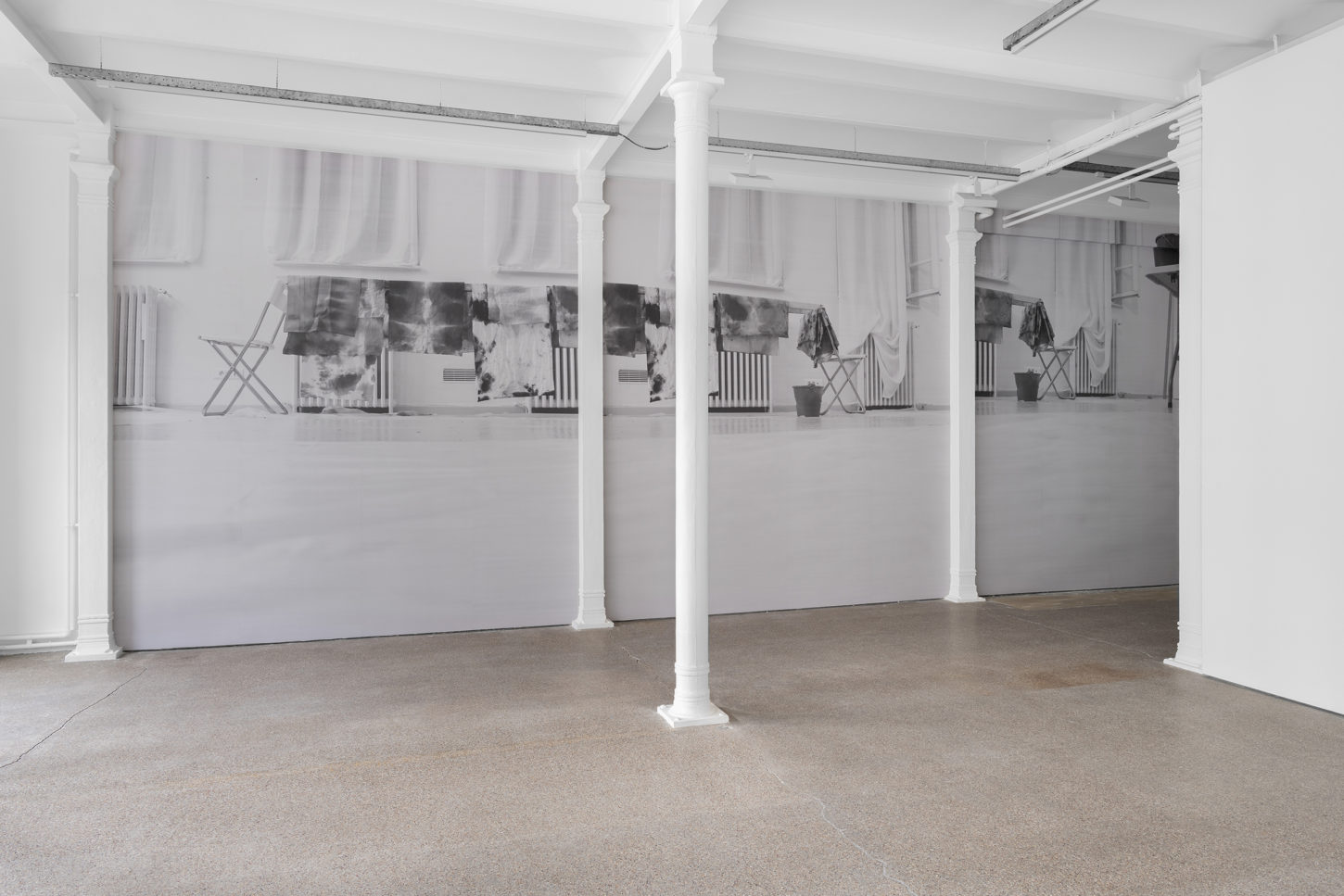 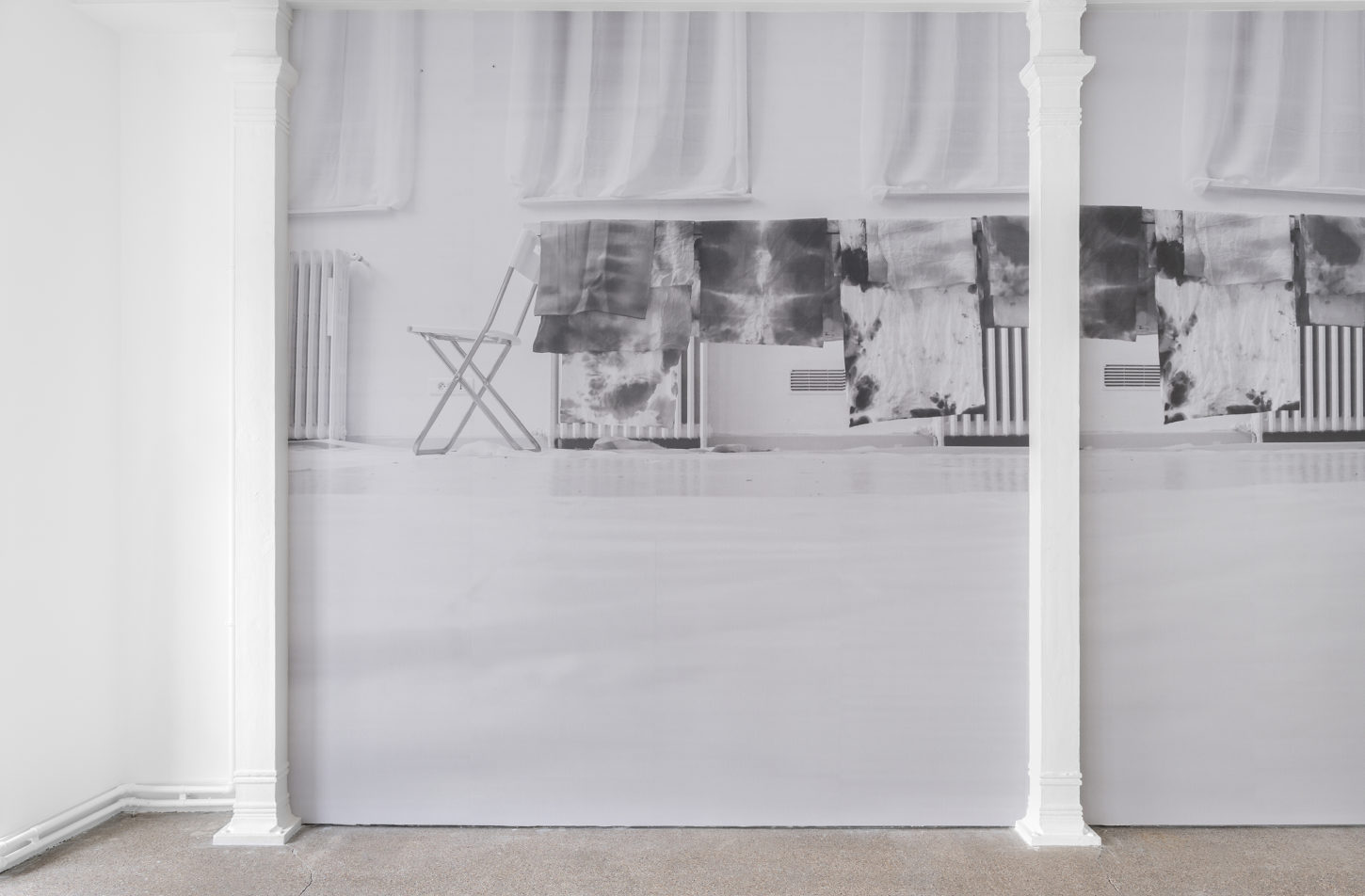 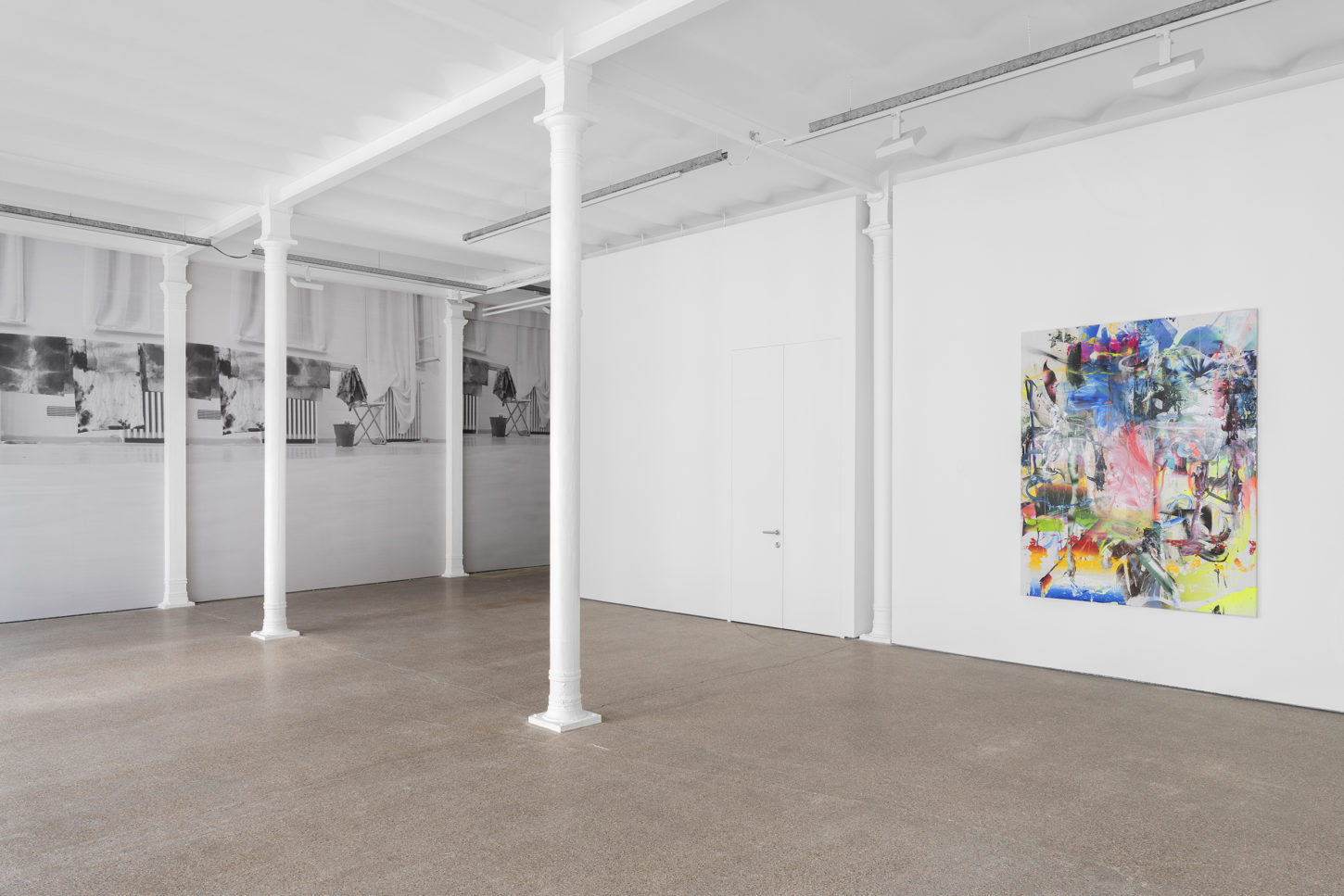 Galerie Greta Meert is pleased to present Steel your face right off your head, Liam Everett’s first solo exhibition with the gallery.

Informed by theatre, dance and choreography, Liam Everett’s heavily layered paintings are the result of an embodied, performative and material approach. In his studio, Everett sets up physical obstacles such as wooden poles, metal grids or trestles between himself and the surface of the substrate to raise his body’s awareness in the process of mark making. These same objects often make their way onto the substrate itself, also serving as tools to stain or leave imprints.

For Everett, the studio becomes akin to a stage where he moves around and creates temporary props and situations that all take part in the making of the work. In turns, his abstract and energetic paintings seem to oscillate between their notice and indexical nature; between their state as the by-products of a set of performative reactions, and the naturally autonomous inclination of abstraction. This in betweenness forces his paintings to remain in a perpetually provisional state questioning traditional notions of composition and “aesthetic finish”. Everett has said that he hopes for his work to “continue working” upon leaving the studio.

While the title of this exhibition evokes his California state of mind, the artist lets us peer into the workspace he occupied for a year in Paris as he was creating the works on view. A wall-sized black and white photographic mural shows the chairs, tables and rags of the artist’s studio from the incongruously low vantage point of the floor. Looking at this mural is a bit like embodying one of the mice in Bruce Nauman’s Mapping the Studio (Fat Chance John Cage) where the artist used infrared cameras to record his cat’s nocturnal activity.

The floor and its horizontality constitute a cardinal point and a recurrent concern in Everett’s spatial and choreographic painting practice. In her essays on Horizontality in the 1996 catalogue for the exhibition Formless: A User’s Guide, Rosalind Krauss also refers to the idea of spatial mapping while defining the operation by which the floor became a production site. Liam Everett approaches the floor as such a site and subsequently as a system of support for the picture plane, which entails a larger cultural shift in how one considers the role of form, its relationship to the body, and to our perceptual apparatus.

By adding many layers of “pictorial material” and subsequently sanding or erasing layers with caustic everyday substances like salt, lemon juice, and alcohol, the artist also foregrounds paintings’ earthiness while highlighting its kinship with the practice of alchemy. Gestural smears, smudges, lines, creases, traces of rust or spray paint make up compound surfaces that challenge the terms of our engagement with his work. Viewers become the audience for the play or the performance that they did not see. Like a steam locomotive, rollin’ down the track, Everett’s paintings are brought forth in such a way that they are “always painting’, even when He’s gone.