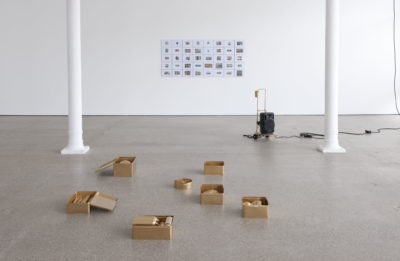 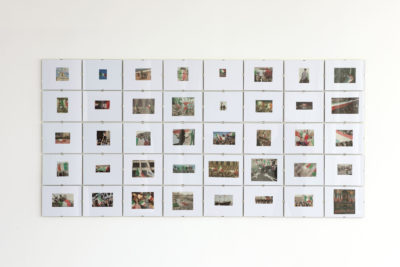 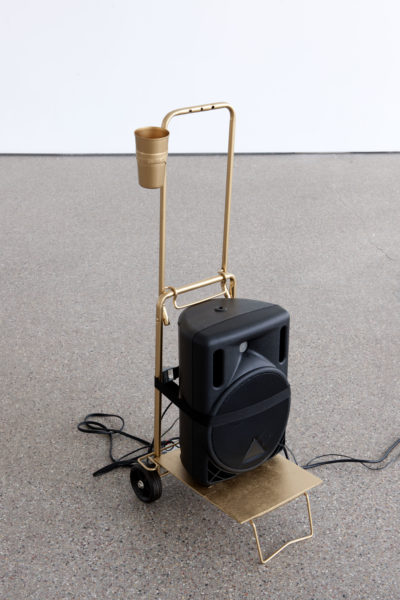 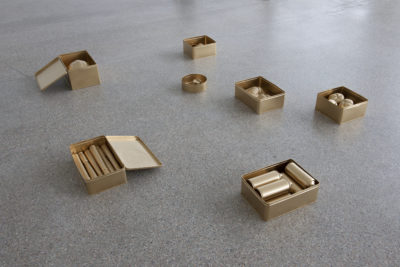 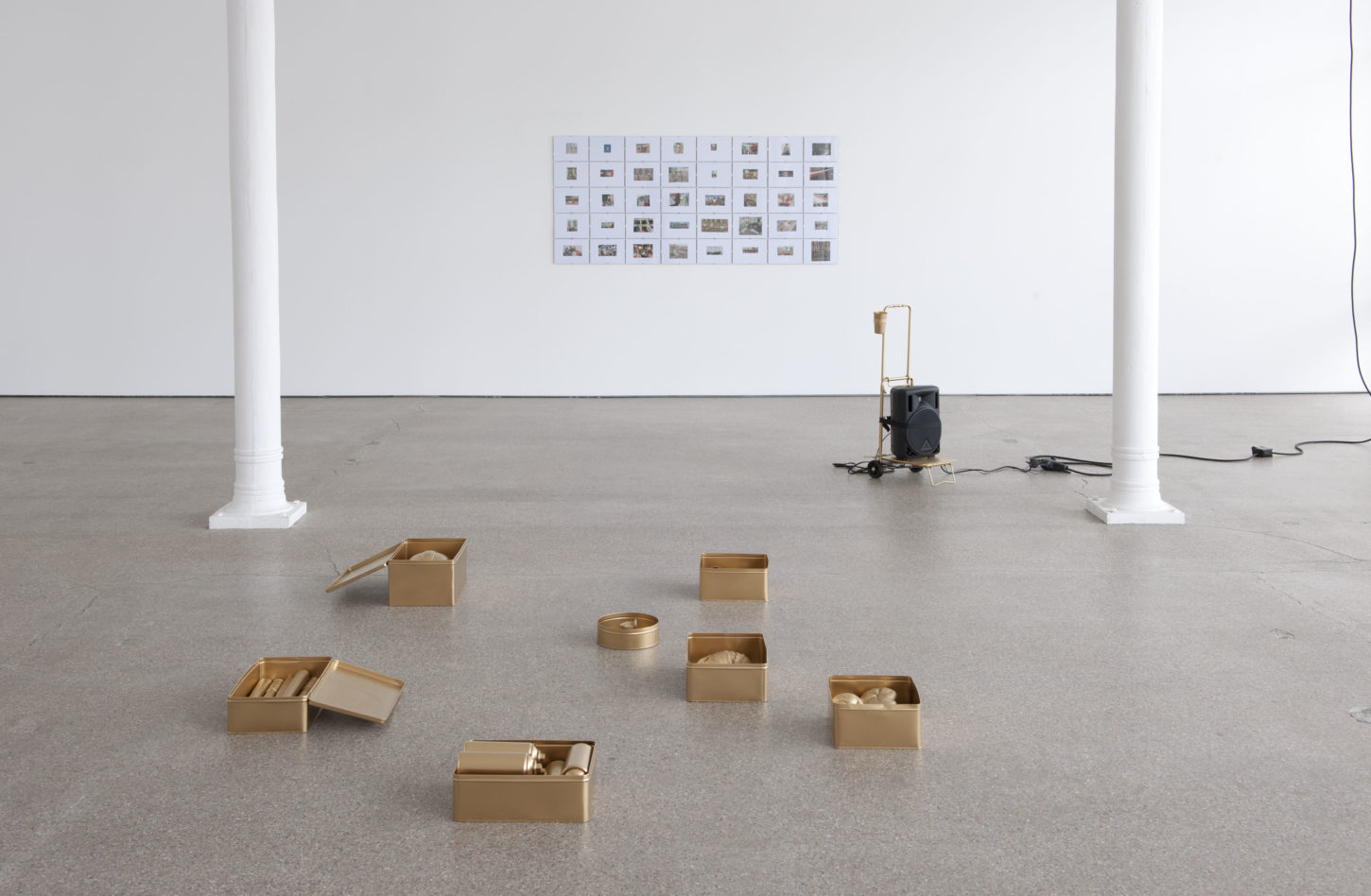 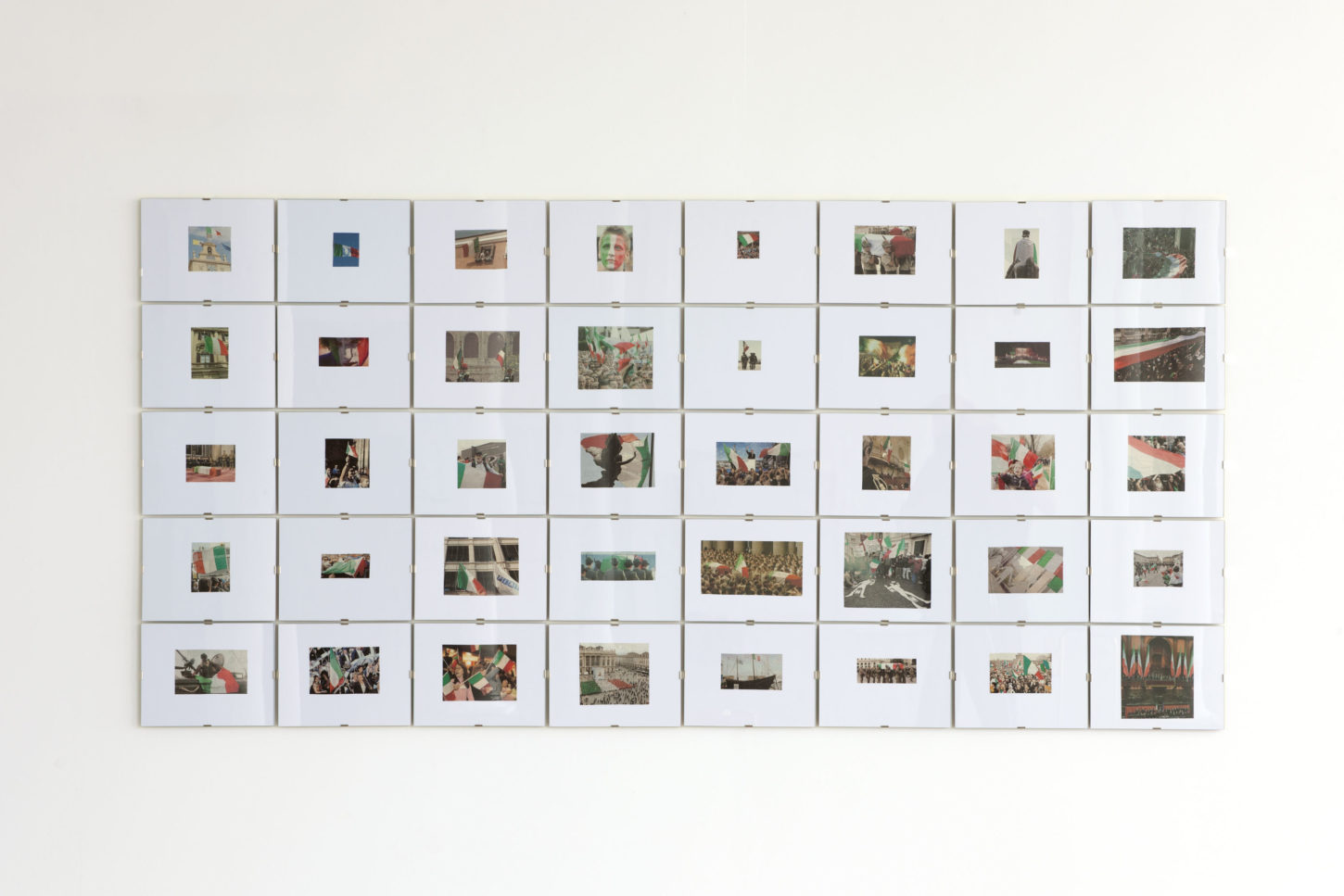 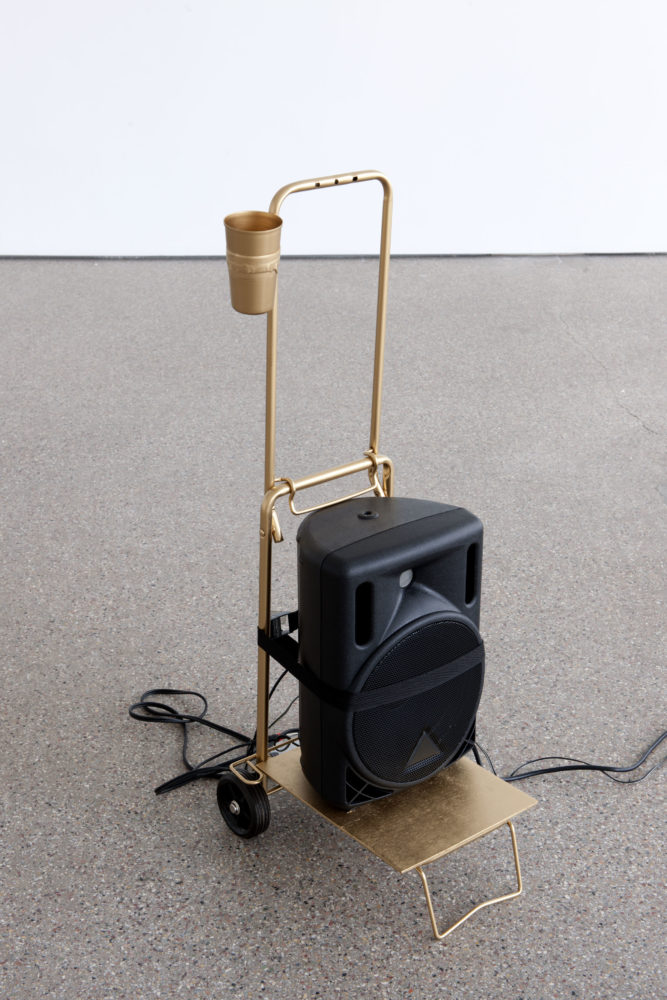 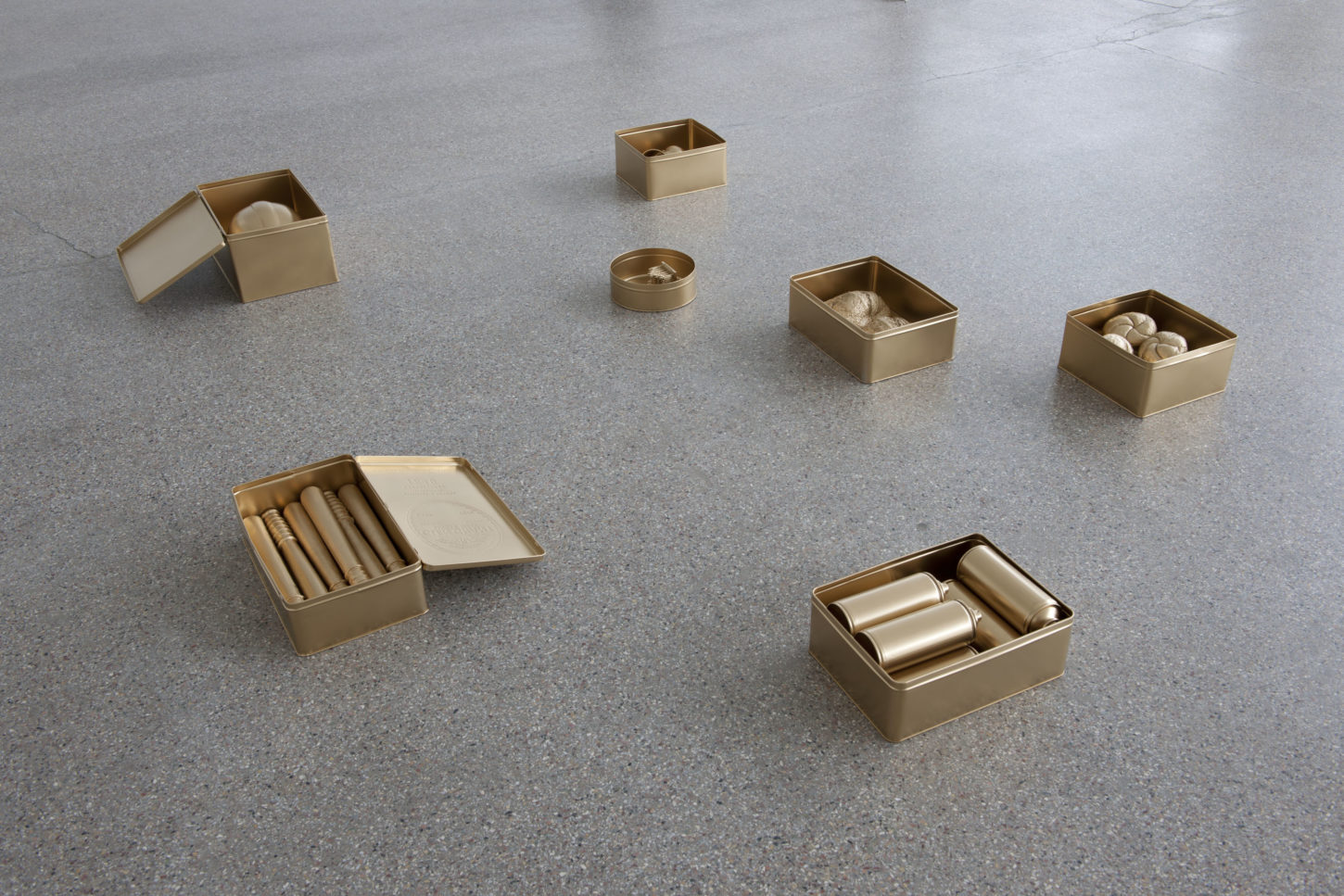 The revolution is staged present in the exhibition space through a collection of objects that refer to labour, revolt and freedom of speech. At the other hand Liliana Moro plays with the  common place of symbols and values. The installation ‘Reppublica’ for example, touches on the question of the recent reappropriation of the Italian flag in the leftist discourse; not so much as a political, nationalist value but as pleading for the unity of the Italian people.