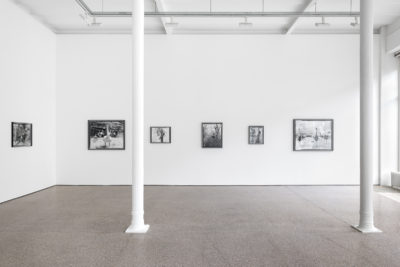 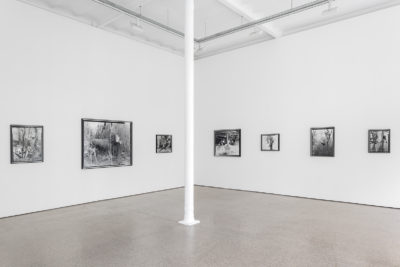 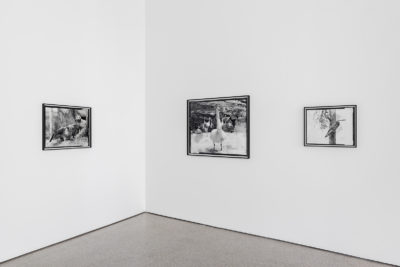 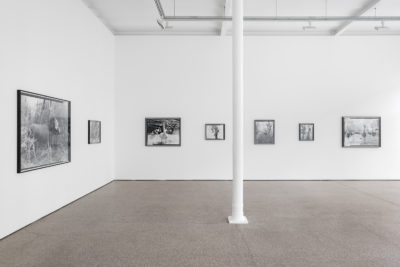 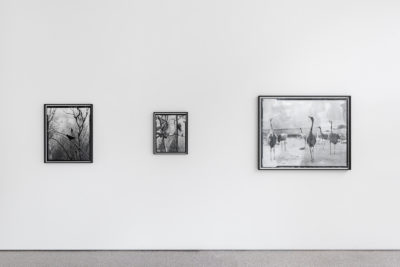 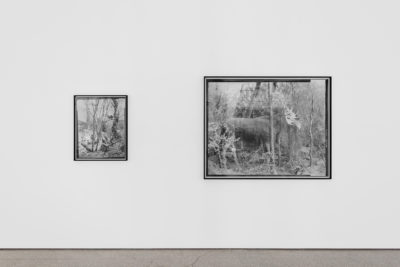 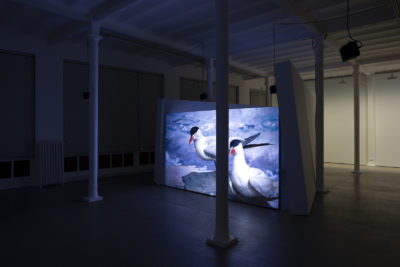 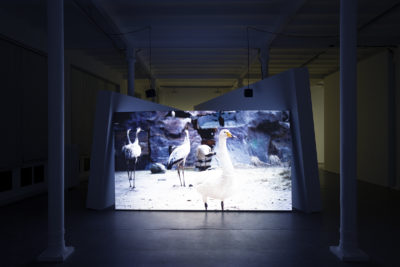 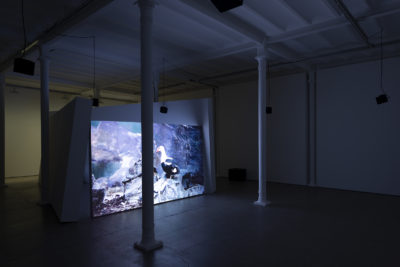 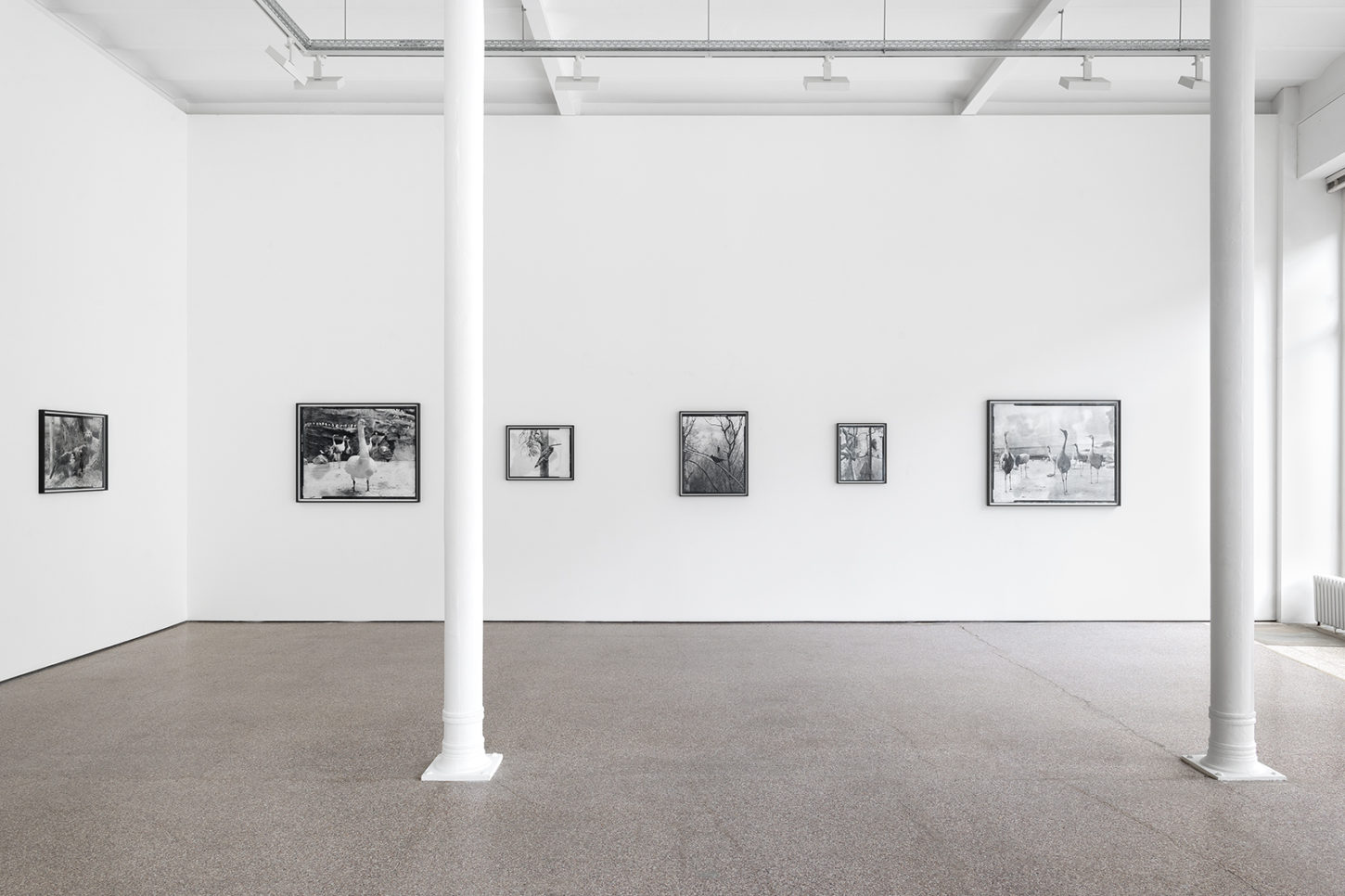 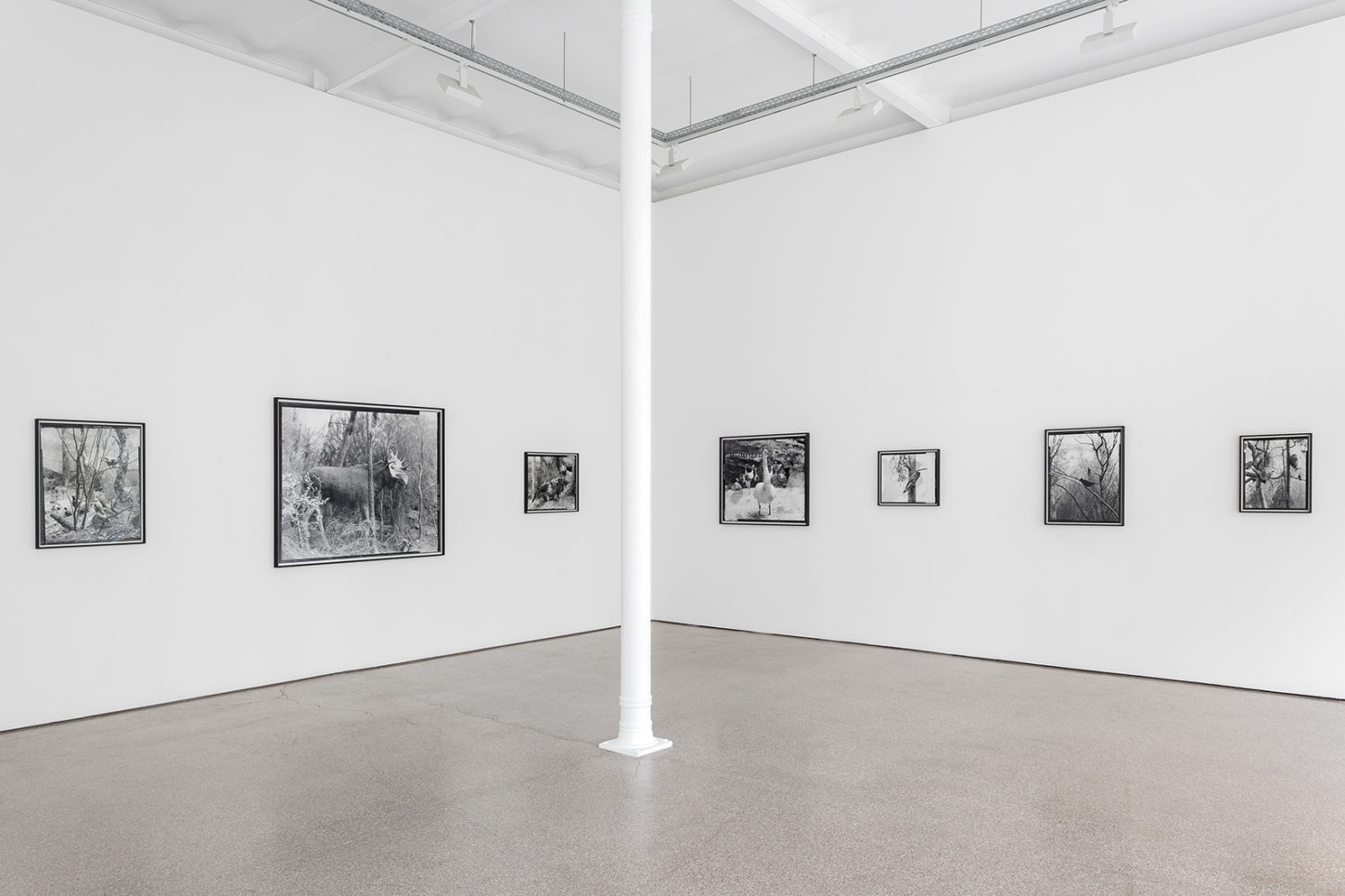 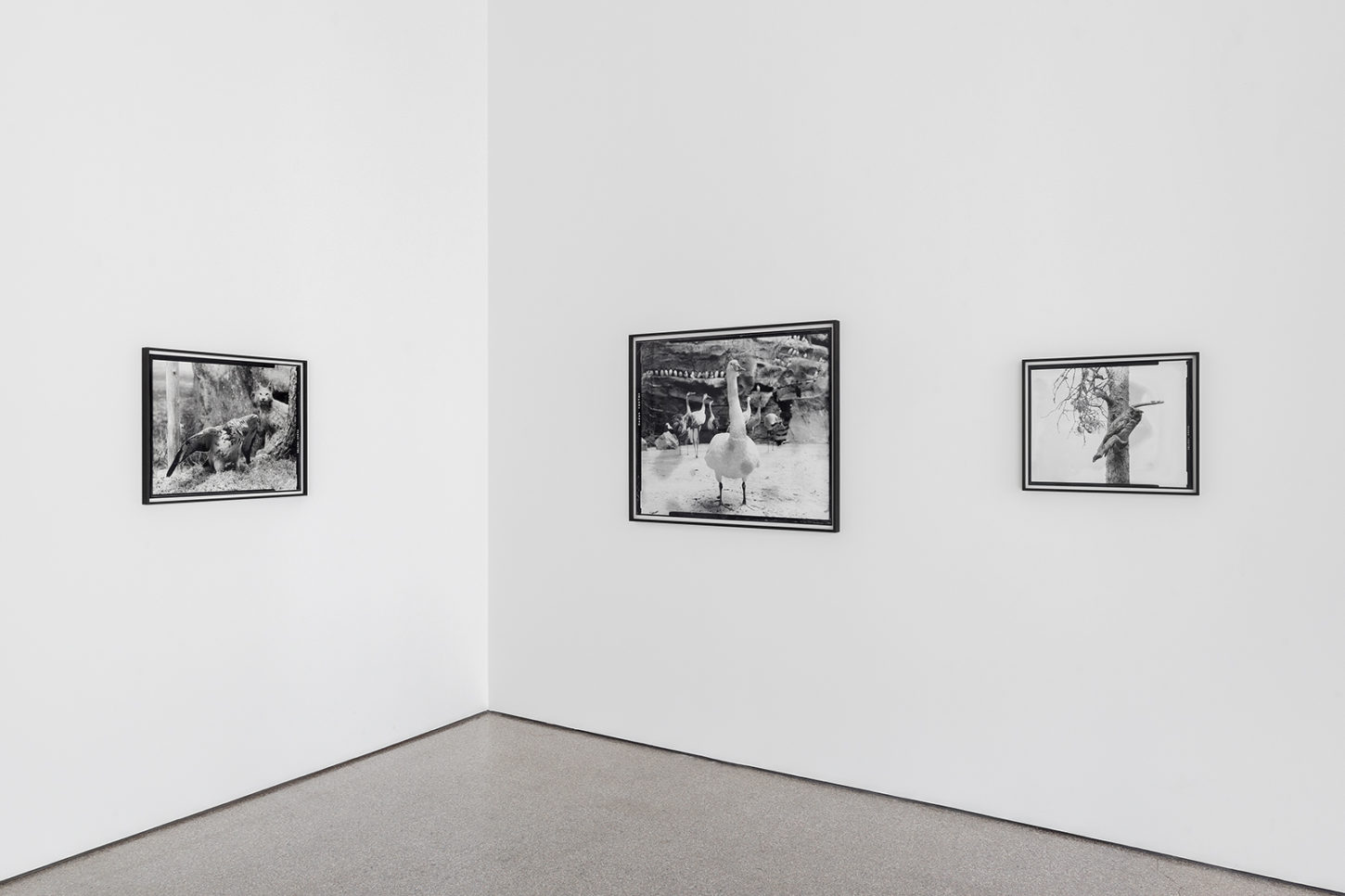 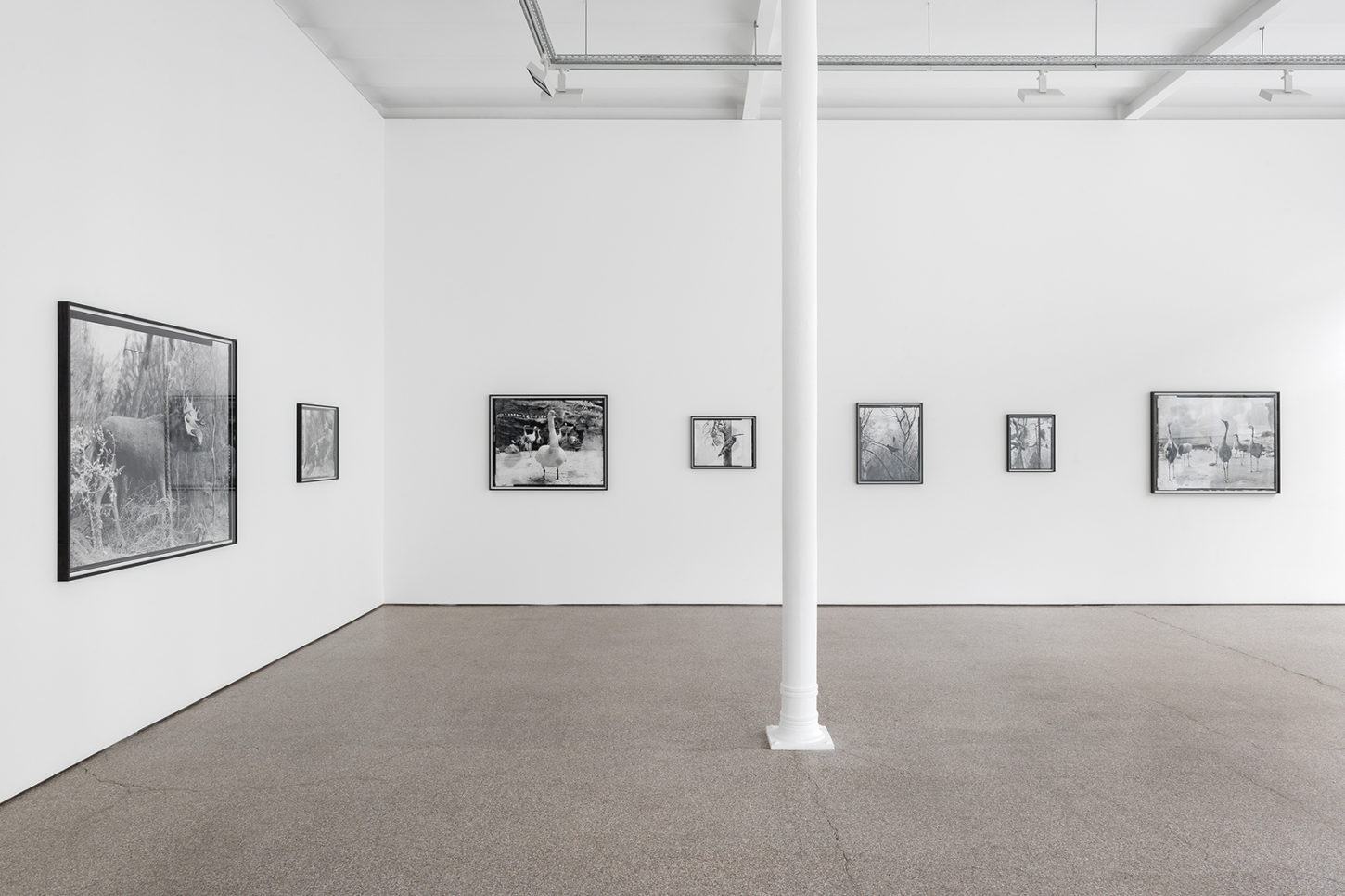 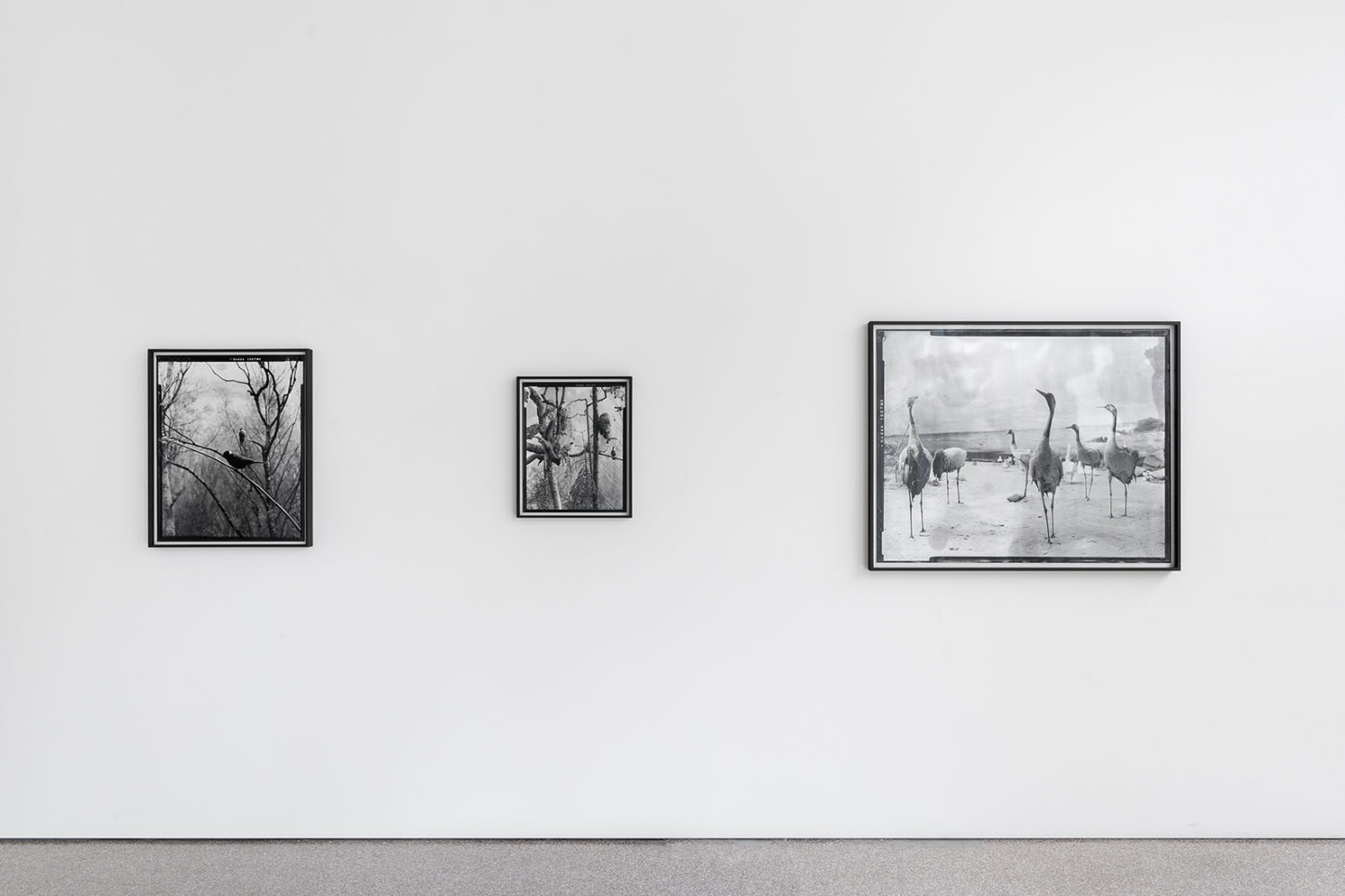 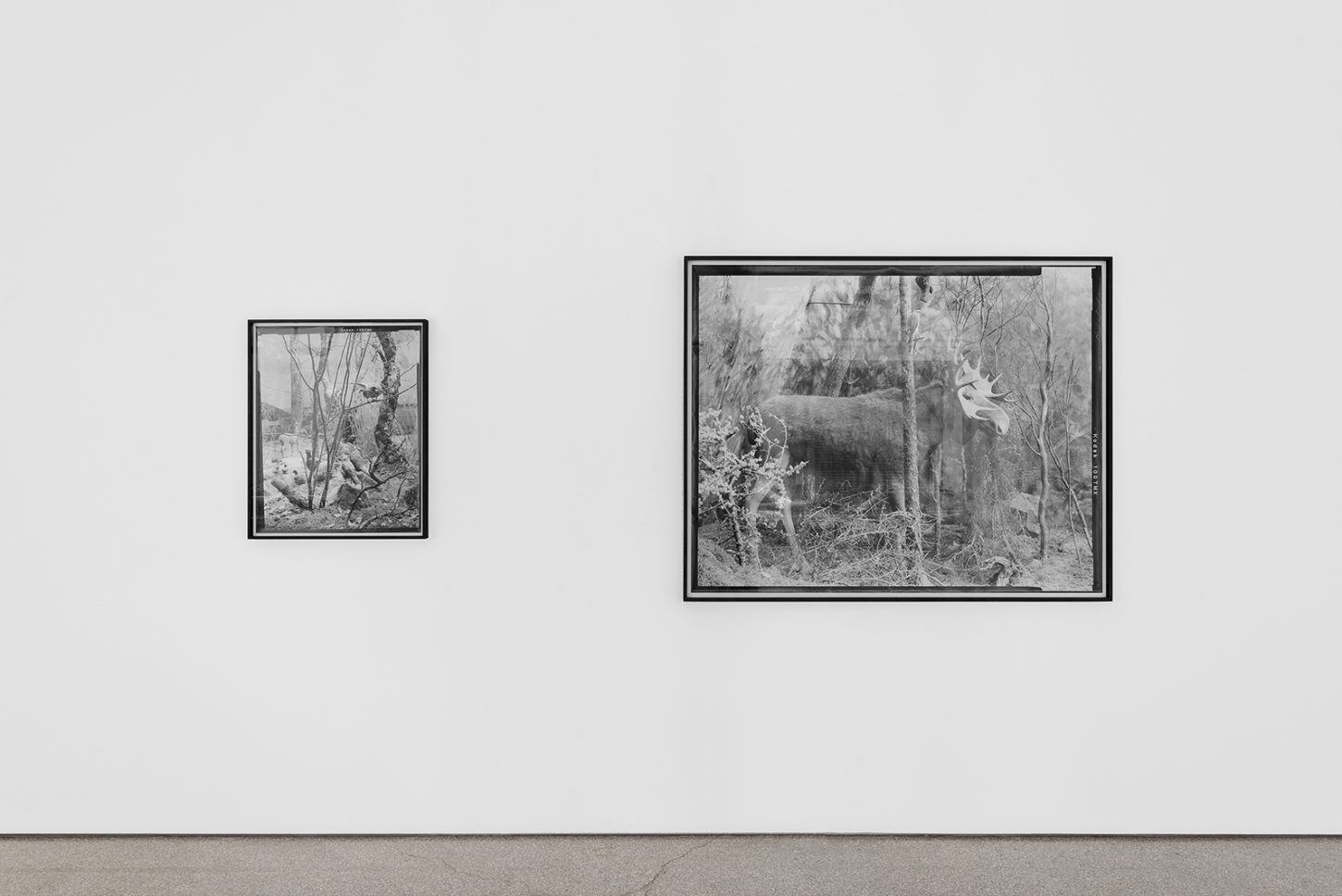 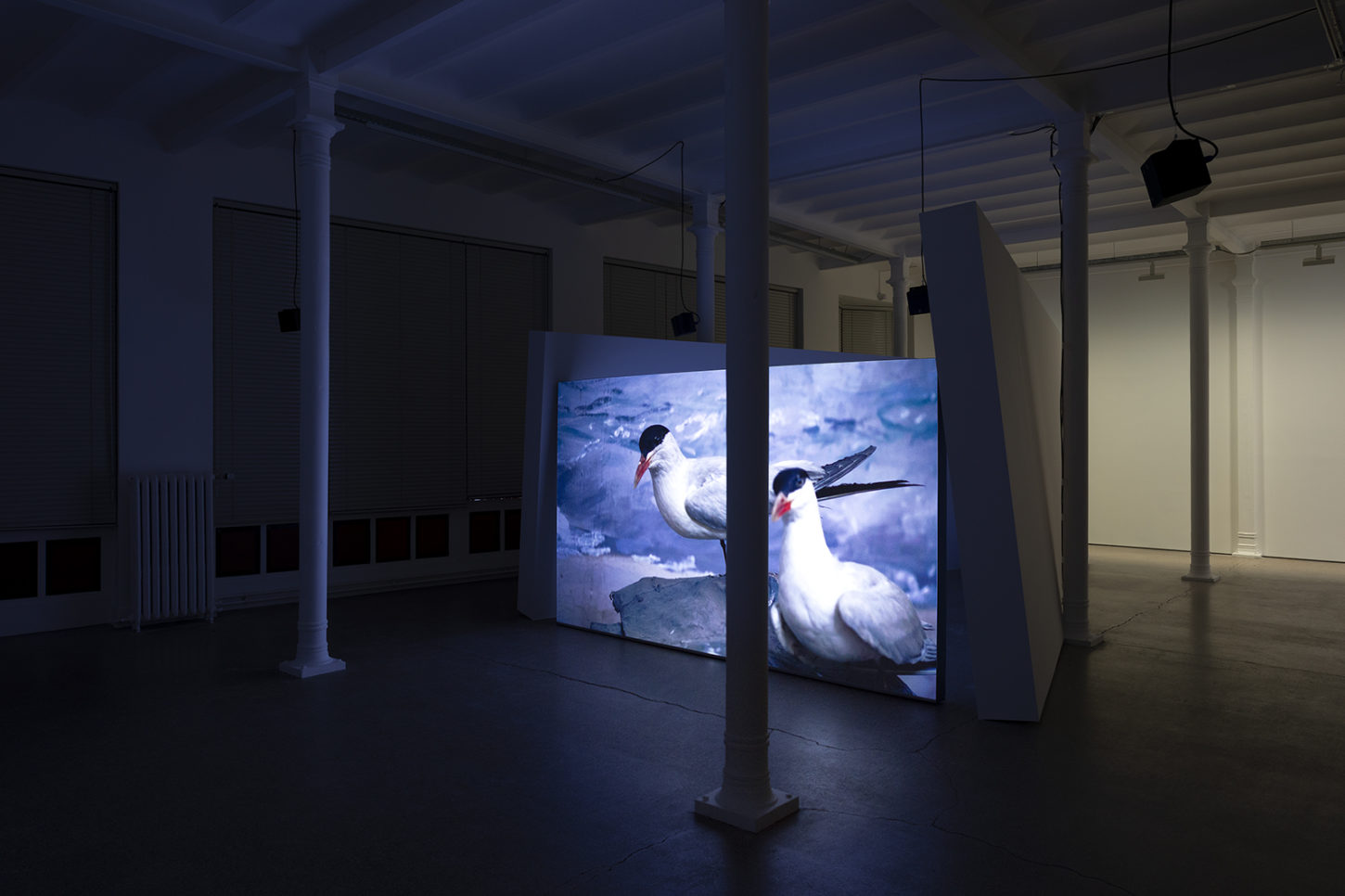 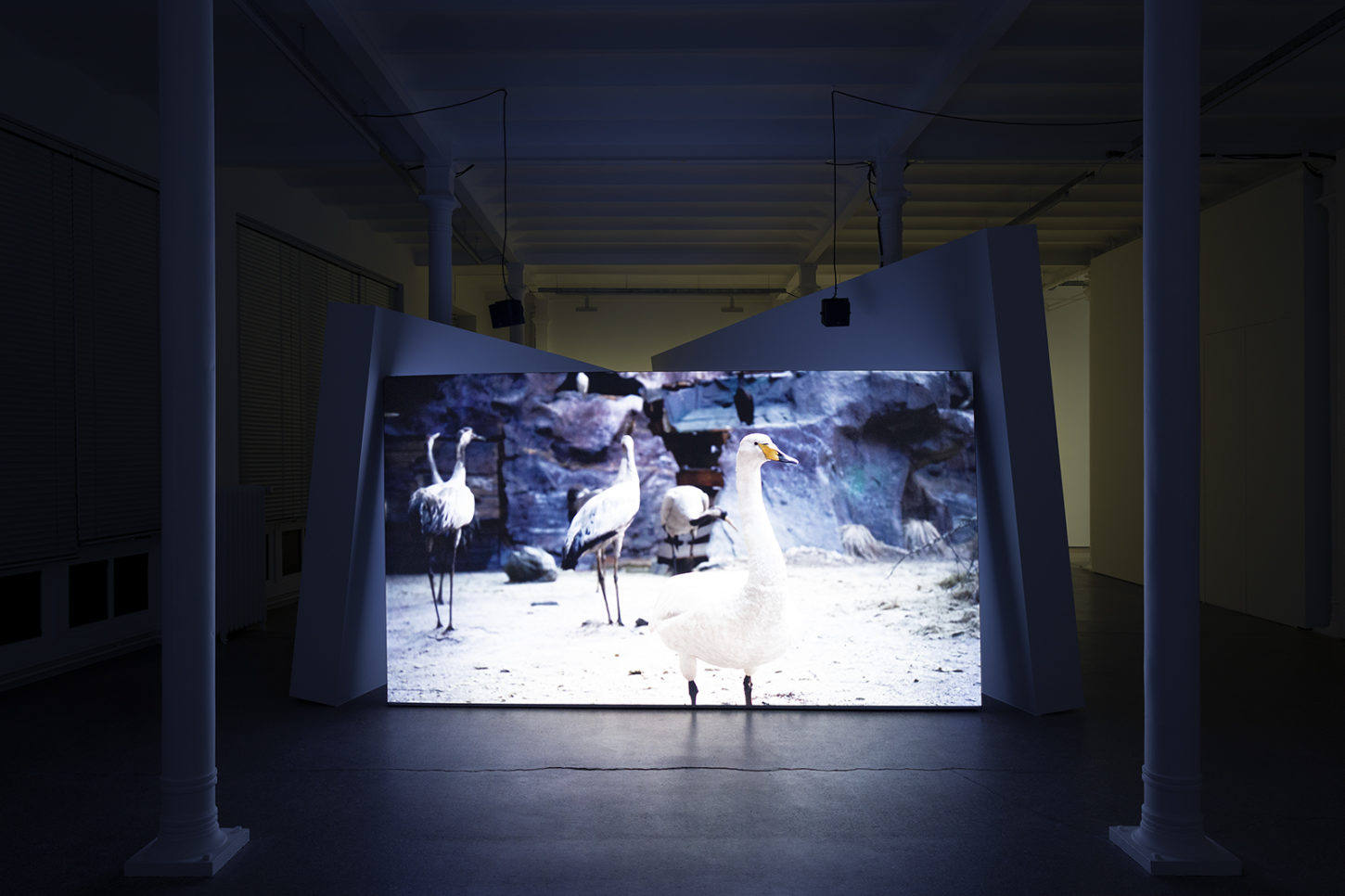 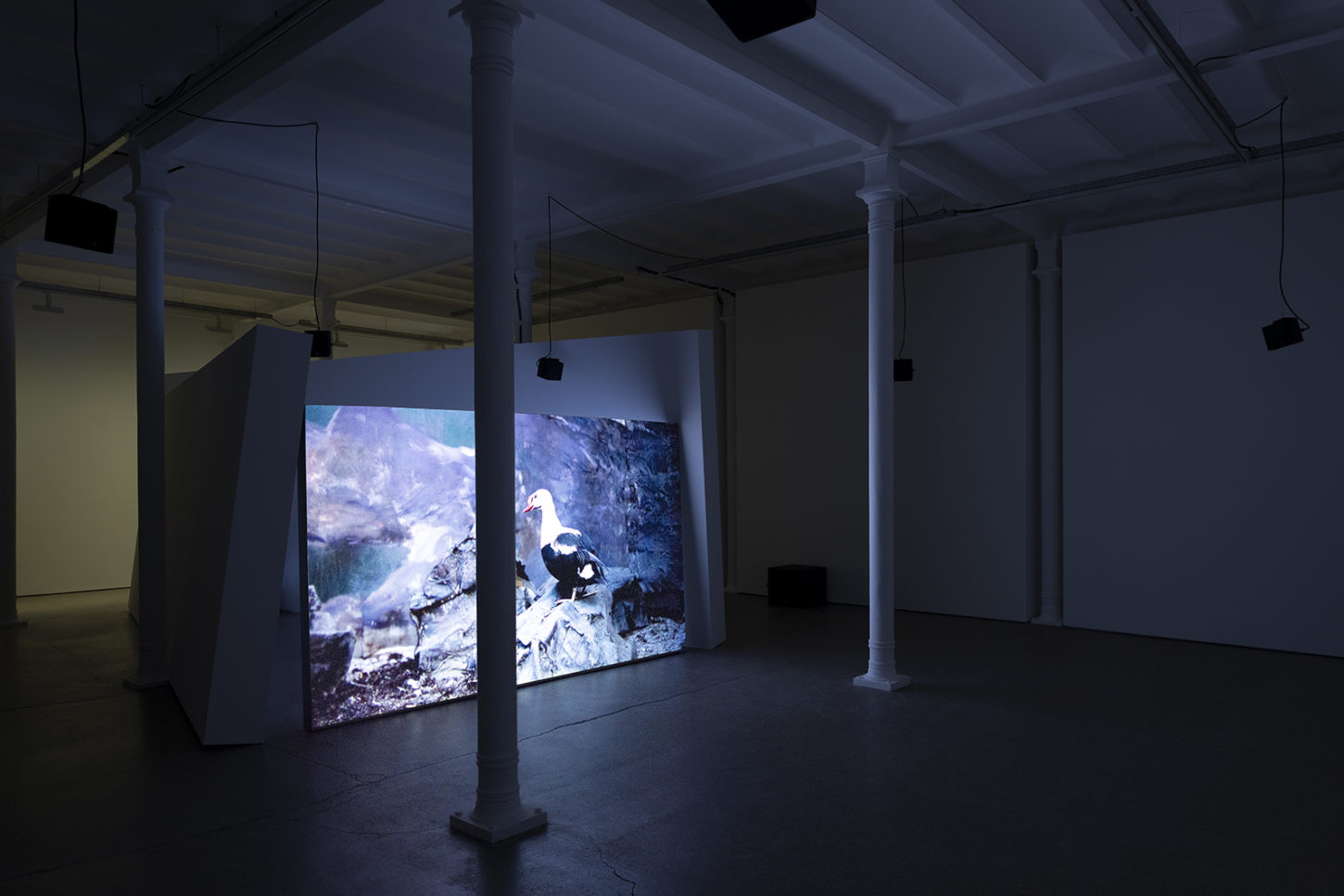 For its  first exhibition with Gerard Byrne, Galerie Greta Meert is pleased to show Jielemeguvvie guvvie sjisjnjeli – Film inside an image (2016), a large-scale film installation presented alongside a sequence of related black and white photographs.
Byrne’s exhibition takes the physical legacy of the Biologiska Muséet in Stockholm as its starting point. Purpose-built in 1893, this natural history museum hosts a 360-degree diorama of the Nordic wilderness. Taxidermy birds and mammals whose feathers and fur have faded over time populate a static landscape illuminated only by natural light through an aperture in the roof of the building. Pondering the significance of daylight at the core of the museum in relation to photography’s formative history, Byrne’s project considers the Biologiska Muséet as a moment frozen in time, much like the taxidermy specimens it houses. Constructed at a nascent moment when photography had not yet clearly distinguished itself from the diorama, theatre, or painting, this museum can be understood as a proto-photographic apparatus. In considering this point in time Byrne finds an echo of our current and rapidly changing definition of ‘the photographic’.
As described in its title Jielemeguvvie guvvie sjisjnjeli – Film inside an image was made with a motion-picture camera continuously floating through the contiguous landscapes of the museum’s diorama, as if inhabiting the duration of a frozen image. The accompanying soundtrack – a cacophonous and immersive mix of animal noises, birdcalls and wilderness sound encircles the audience to further amplify the dissonant relation between the perpetual motion of the camera and the stasis of the diorama. Synchronous with the camera’s shifting perspective, the soundscape both mirrors the viewer’s intuitive desire to animate what is seen, whilst uncannily mocking the absence of life within the image.
Byrne’s photographic works are the outcome of two light sources: the natural light from the museum’s ceiling aperture, and the piercing light of a darkroom enlarger. As such they consider the diorama’s latent photographic character, and literally materialize its ‘photographicness’. Shown for the first time here, these photographs were made a few days before the diorama’s closure in 2017. They were then produced as a silver gelatin print of a distinct and precisely calculated scale by combining factors like the size of the species depicted, the distance from the camera, and the focal length that was used. These carefully composed pictures often compress foreground and background, bringing into unlikely proximity predator and prey. Shot on defective film, these photographs bear the mark of their own vulnerability – like palimpsests, they seem to manifest ghost-like traces of images past.