James White
Not this time 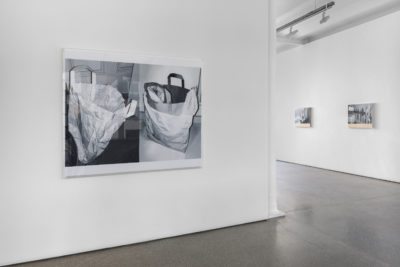 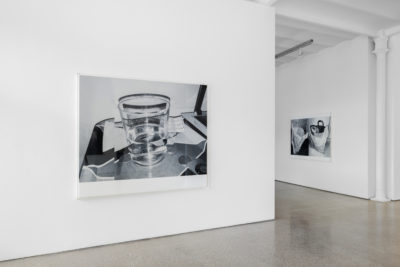 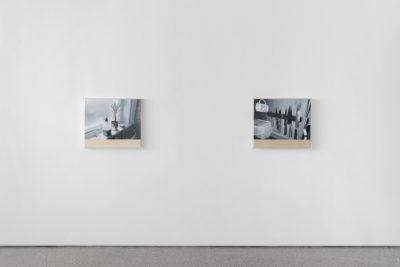 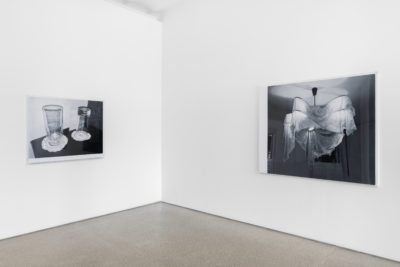 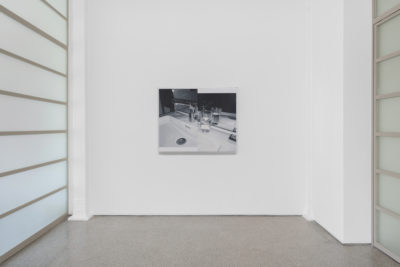 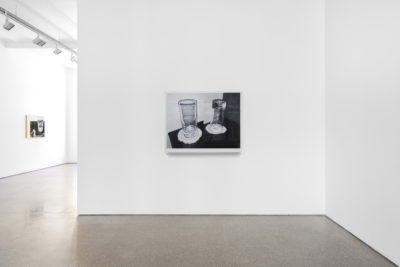 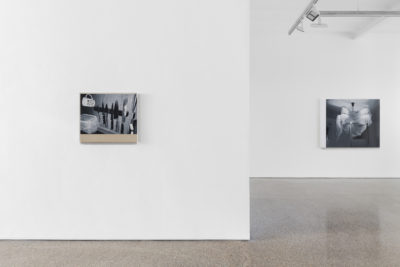 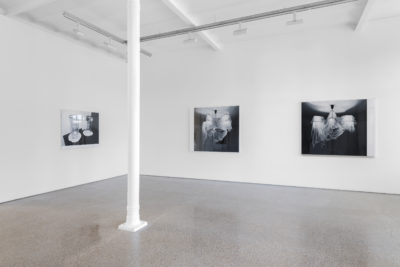 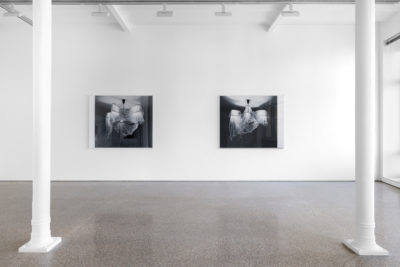 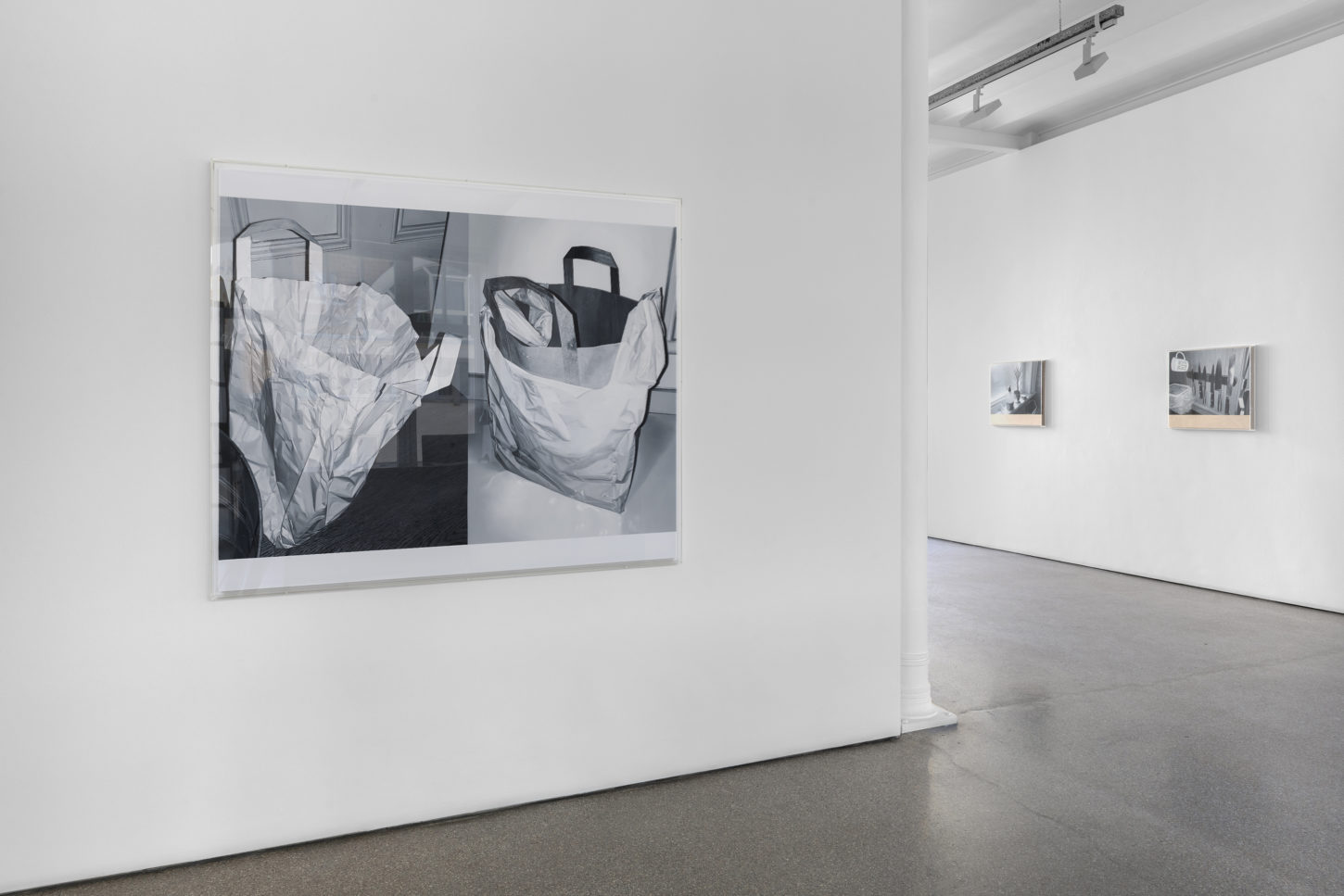 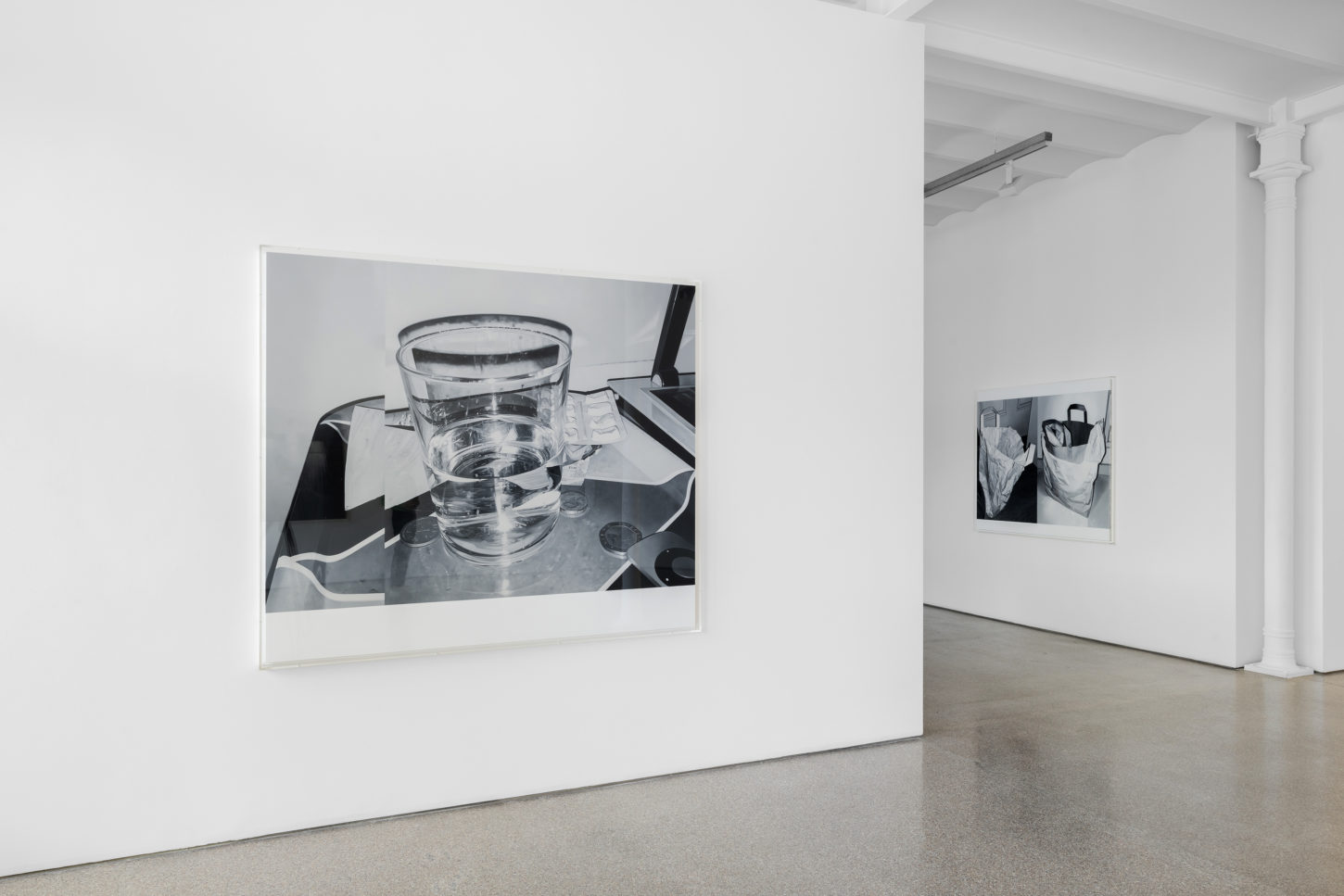 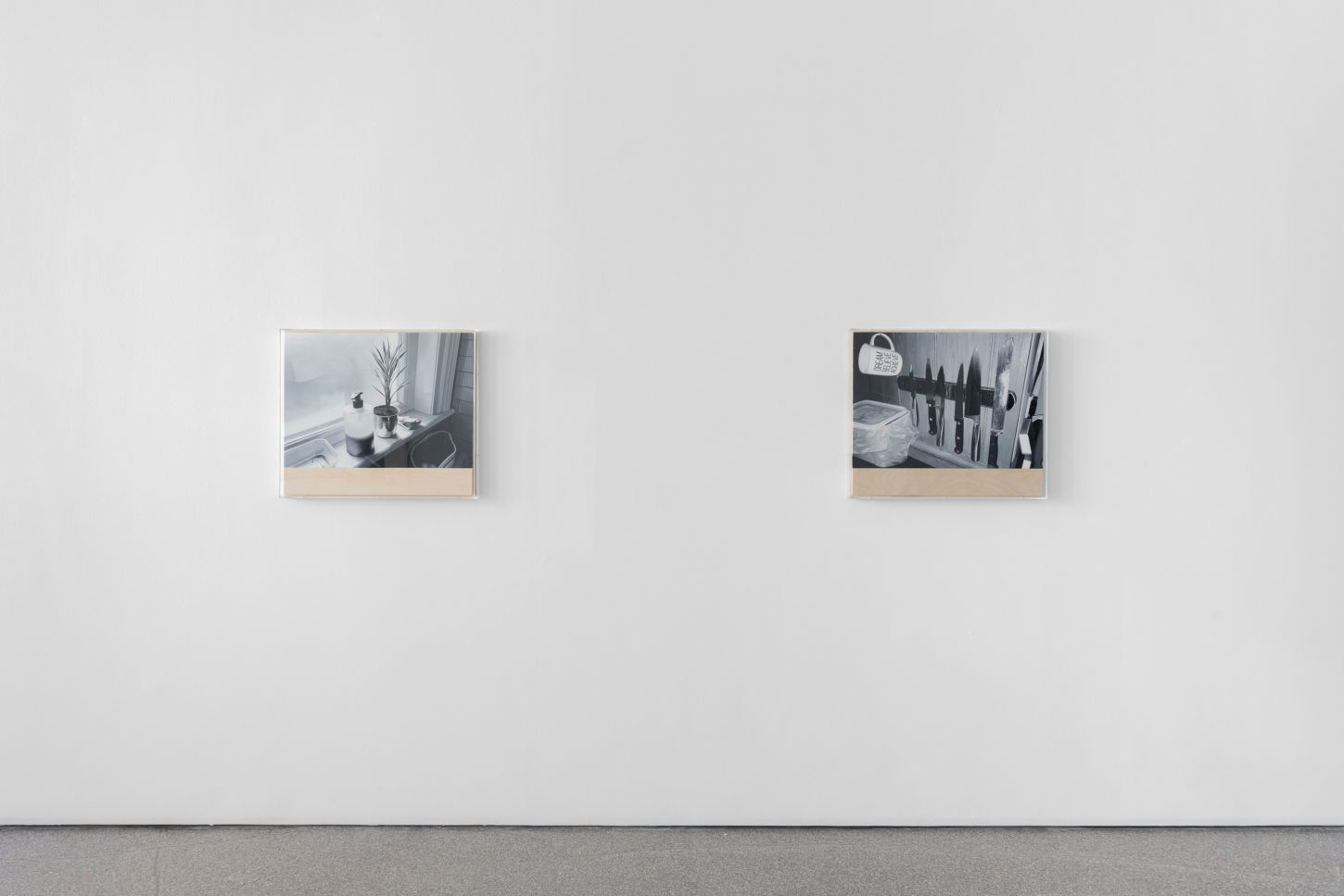 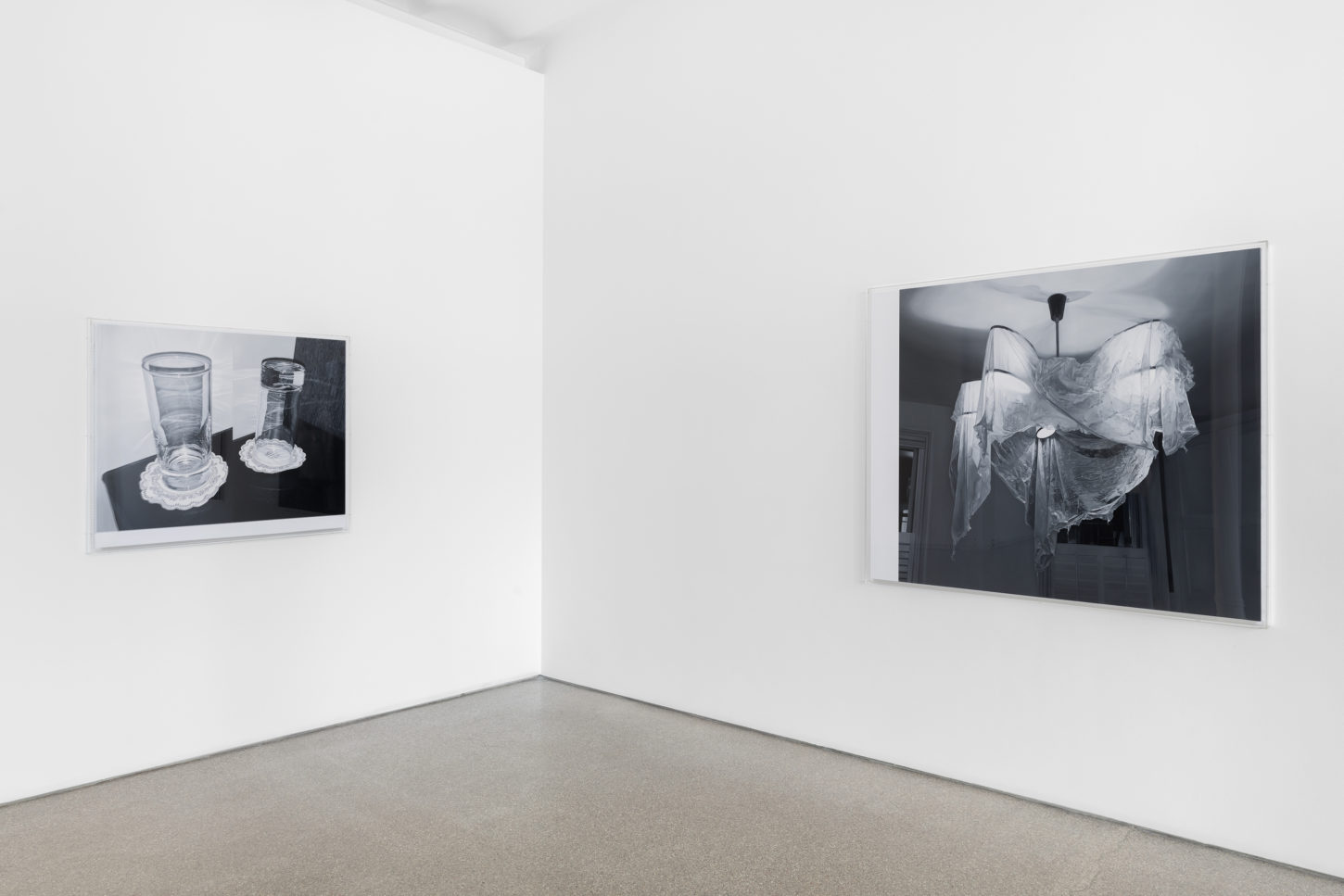 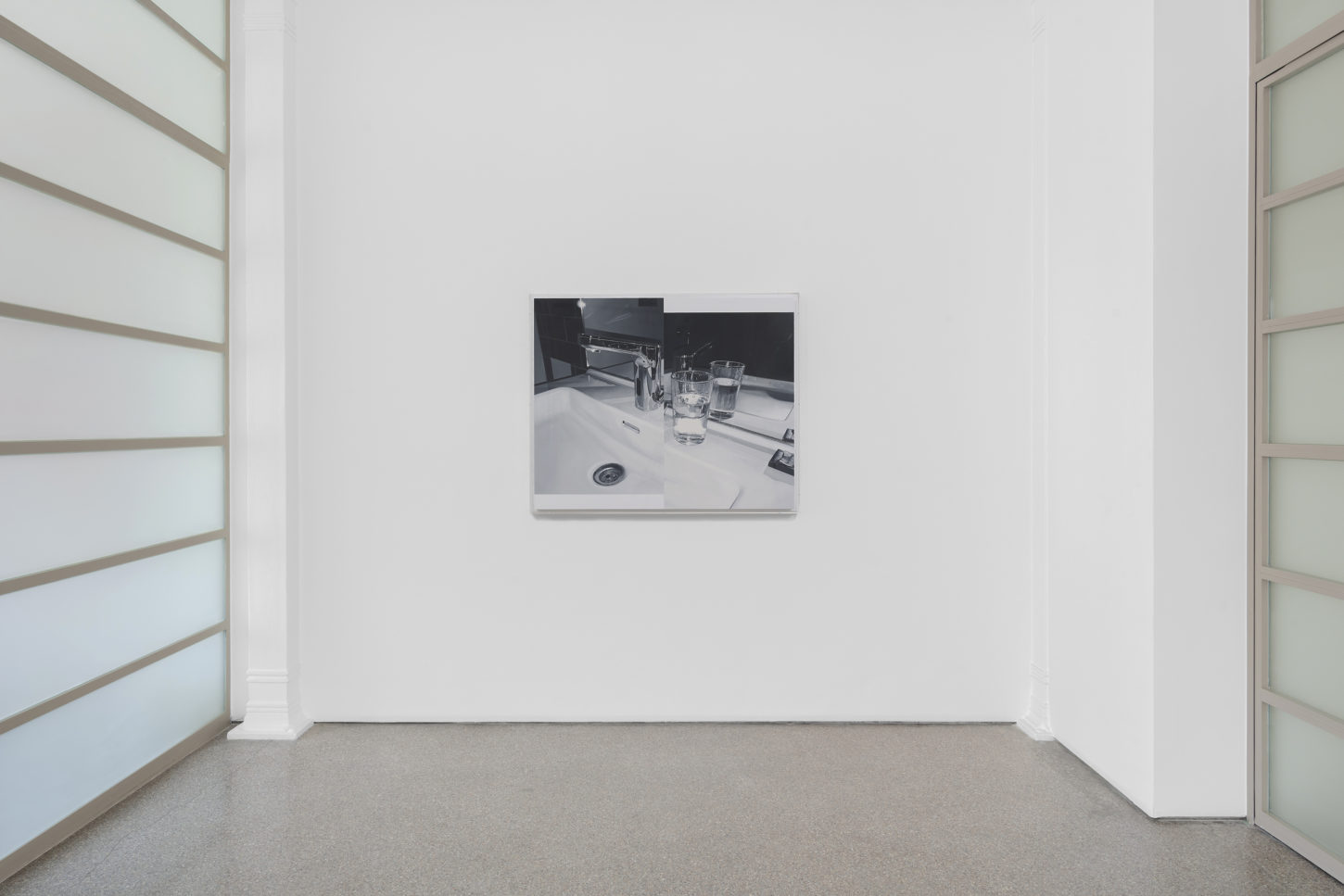 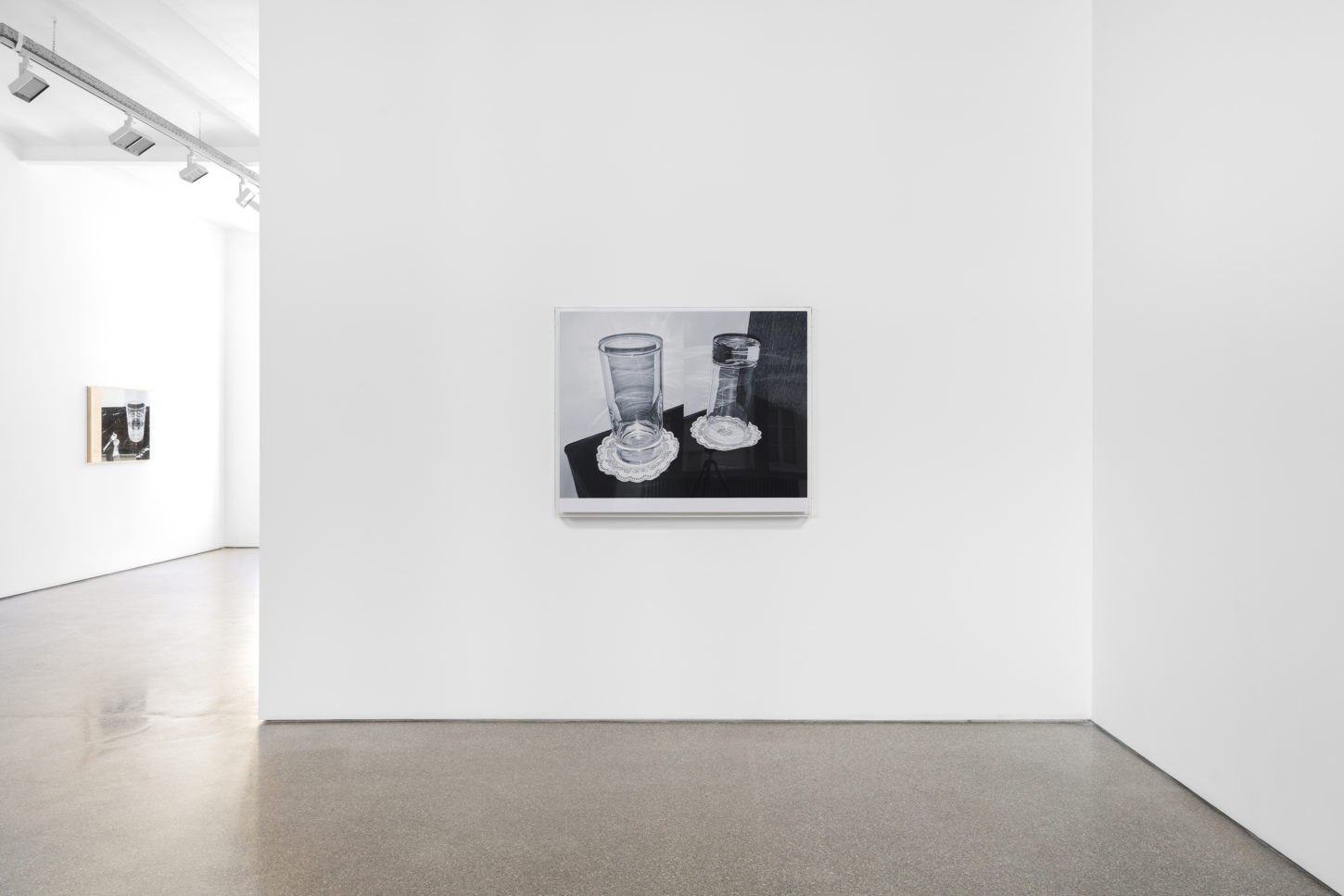 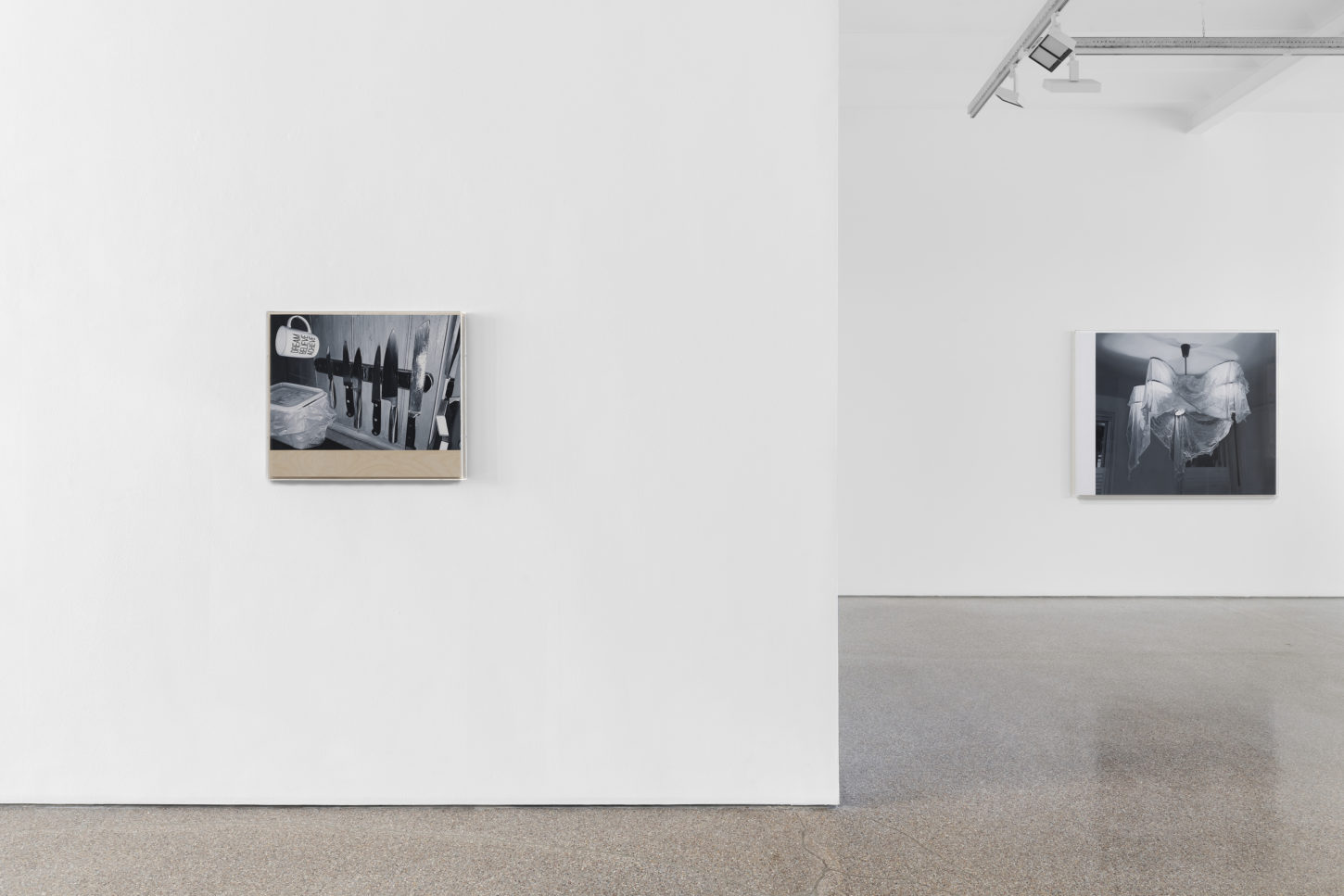 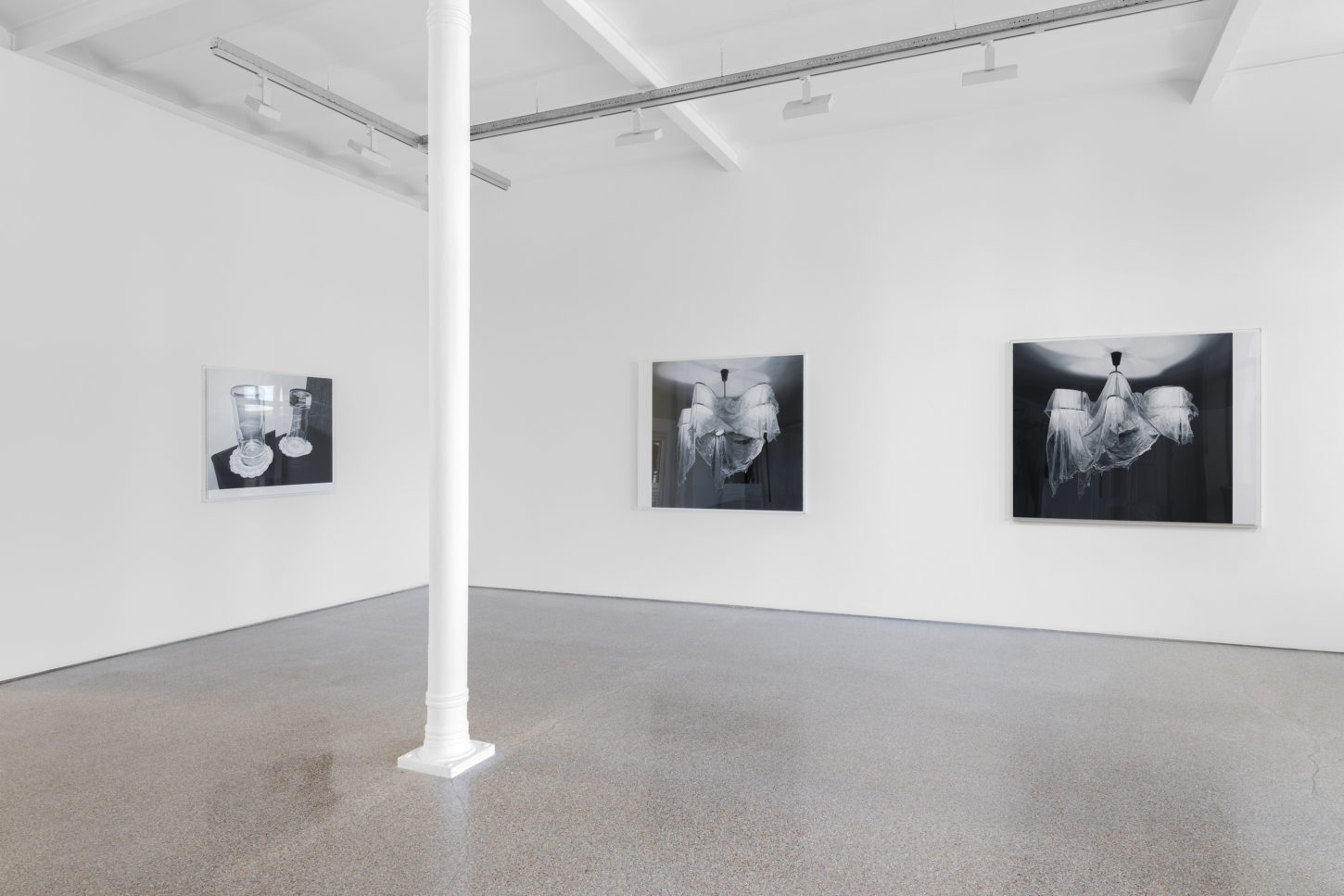 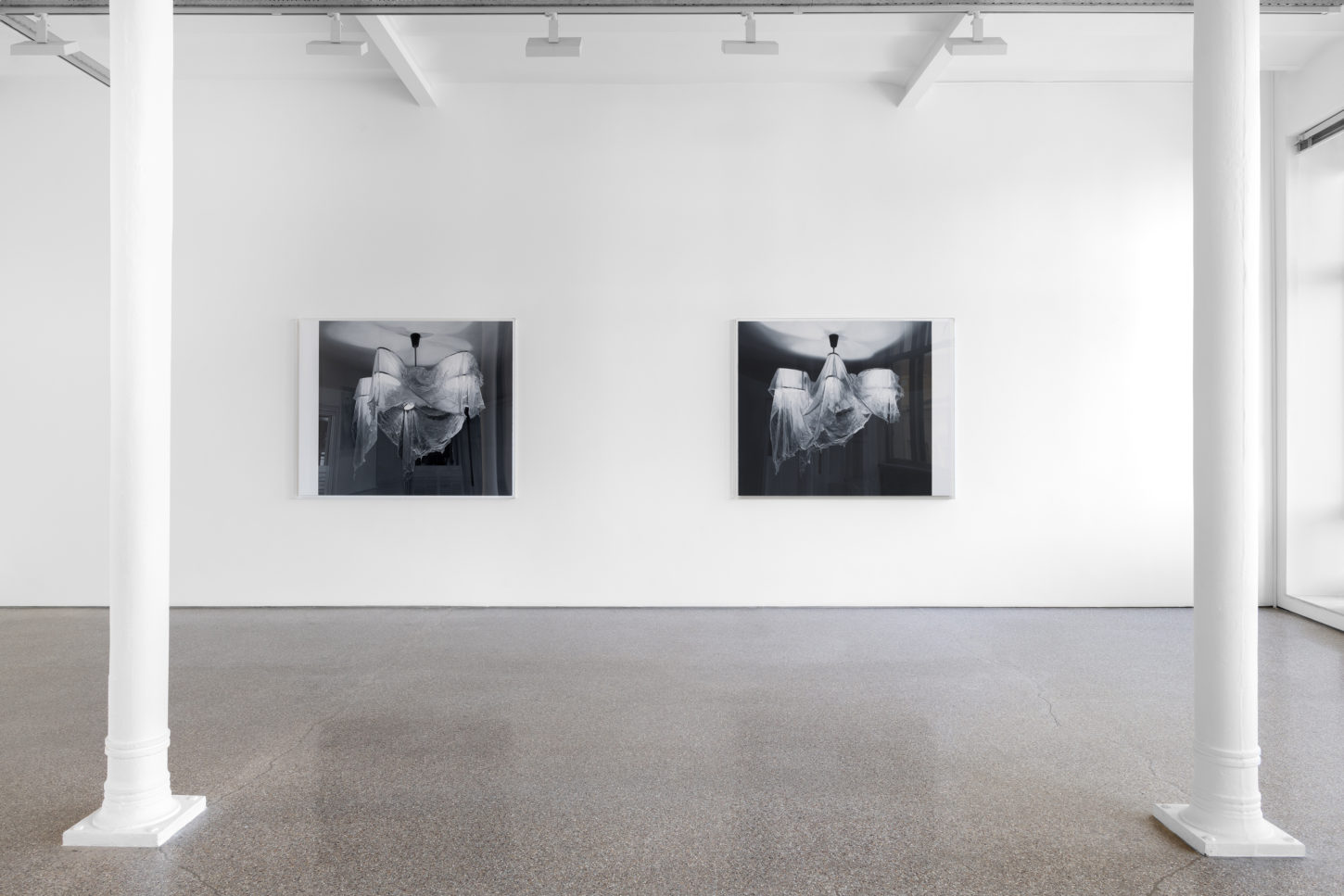 Galerie Greta Meert is pleased to present James White’s first solo exhibition with the gallery. Characteristic of the British artist’s commitment to representational painting, the nine black and white pictures in this exhibition exert a strangely cinematic quality. Somewhere between the quiet attention of 17th century Dutch still-lifes, and Weegee’s histrionic photographs of New York’s street life, White’s paintings devise their own kind of contemporary drama. This drama is set amongst the magnetic kitchen knife racks, delivery bags, plastic remote controls and shiny bathroom sinks that make up the material reality of the painter’s daily life in the 21st century.

Despite the strong f lash that often comes to light up the many glasses of water that populate his paintings, there is always doubt to be found in White’s shadows – some glasses appear half full, while others appear half empty. Correspondingly, the time imbued in these meticulous renditions of mundane objects and surfaces comes to contrast with the spontaneous quality of the snapshots they emanate from. Indeed, there is something inherently bewildering and almost absurd about the amount of effort that goes into making these hyper-realistic grisailles in regards to the banality of the subjects they depict.

Here, the time of painting and the time of photography collide in such a way that in our mind’s eye, we get tricked into trying to figure which notion of time to hold on to – Not this time; the other one? The back and forth created by this trompe- l’oeil effect also operates on the material level of White’s slickly painted scenes and the Plexiglas encasements they sit in. Not unlike the semitransparent plastic veils covering ceiling fans in two of his new paintings, this layer of reflective Plexiglas forces the viewer to negotiate a kind of optical distance from the picture plane as an object itself. This mediated look mirrors that of the re-presented photographic depiction and its translation into painterly space. And more broadly, it mirrors the alienation that comes with the commodity fetish and consumerism that we, like the artist, live with, in, and under as we are told to Dream, Believe, and Achieve.

James White (b. 1967 in Tiverton, UK) lives and works in London. He has been the subject of solo and group exhibitions at international institutions such as The Goss-Michael Foundation, Dallas, TX, USA (2007); Kunsthal, Rotterdam, The Netherlands (2010); the Olbricht Collection, Weserburg Museum of Modern Art, Bremen, Germany (2008); and the Institute of Contemporary Art (ICA), London, United Kingdom (2007) amongst others. His work is currently on view in the exhibition Deceptive Images at Museum Marta in Herford, Germany.