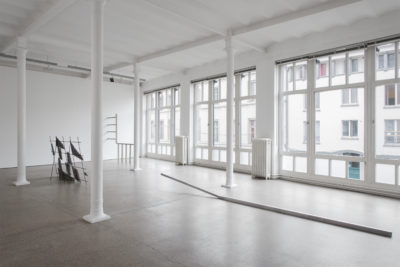 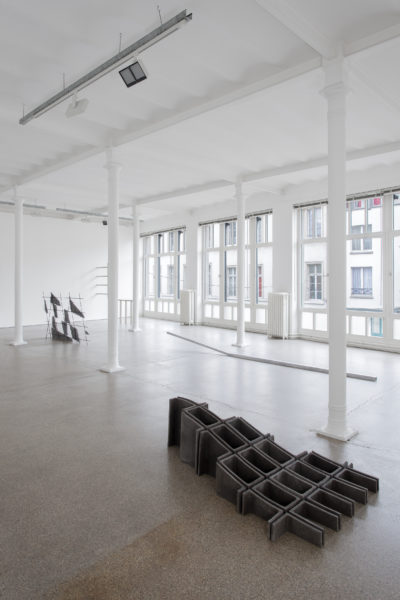 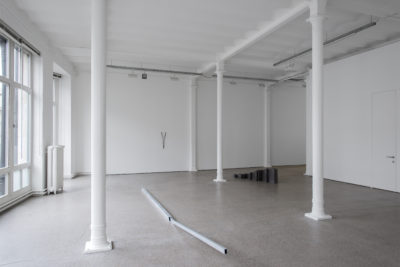 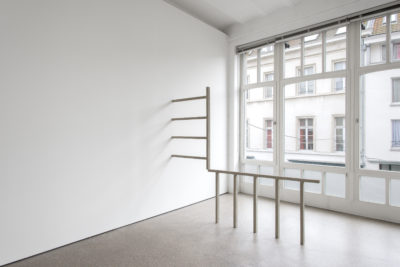 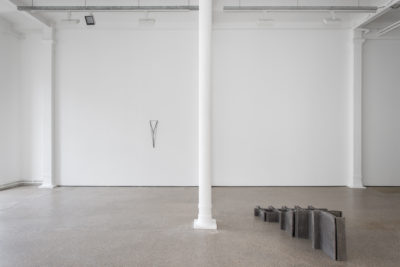 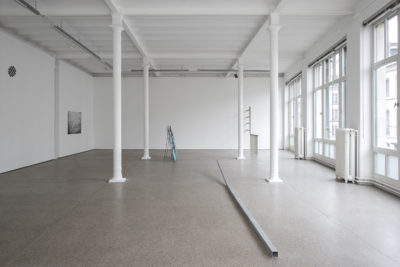 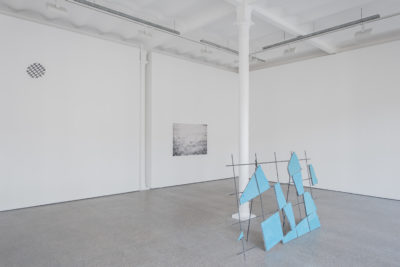 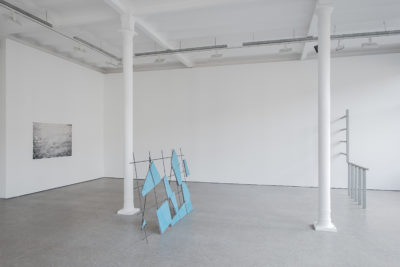 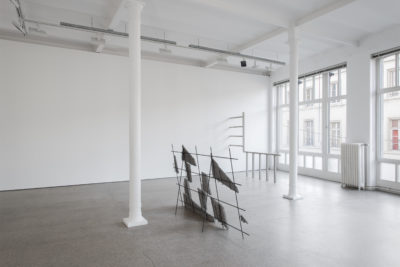 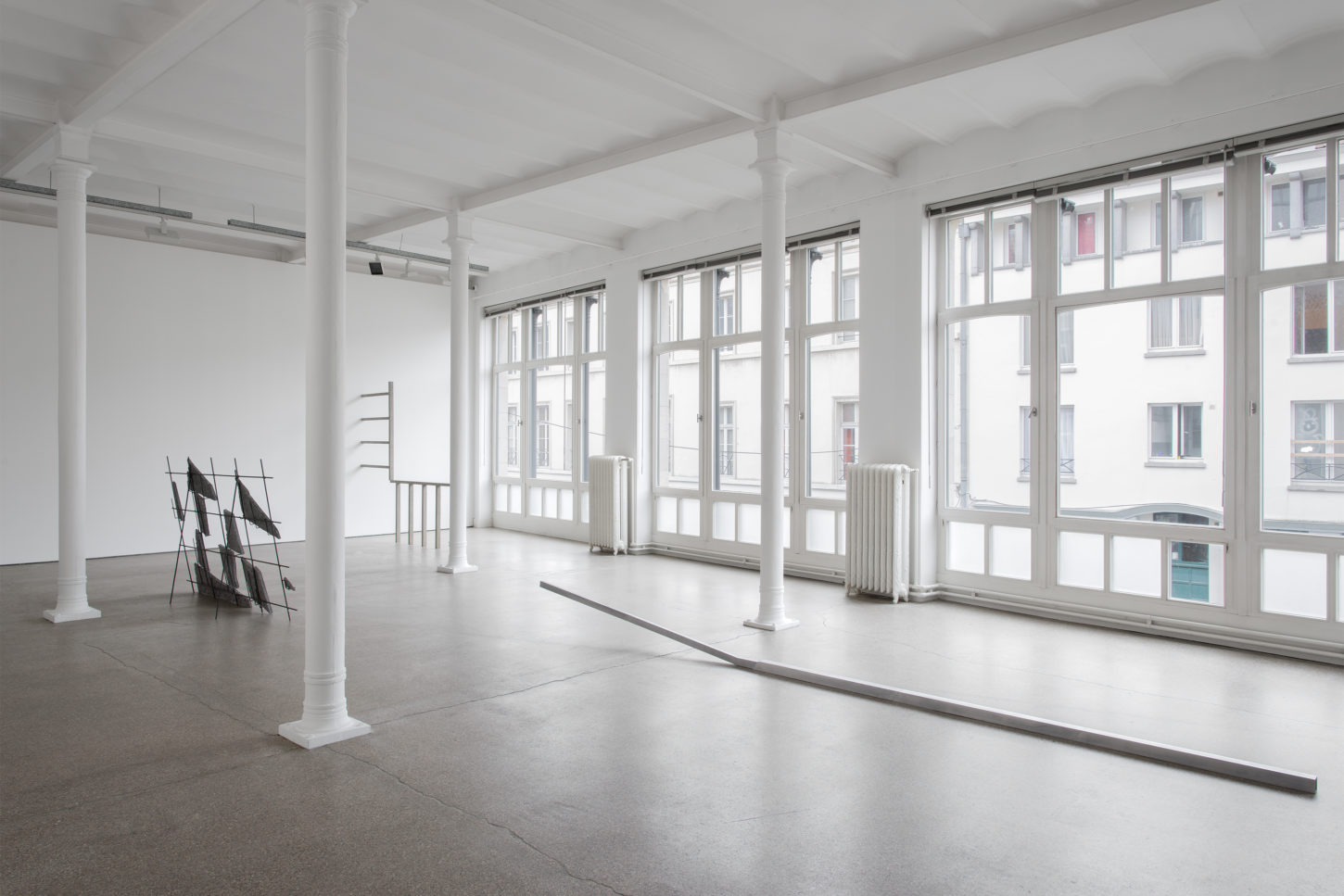 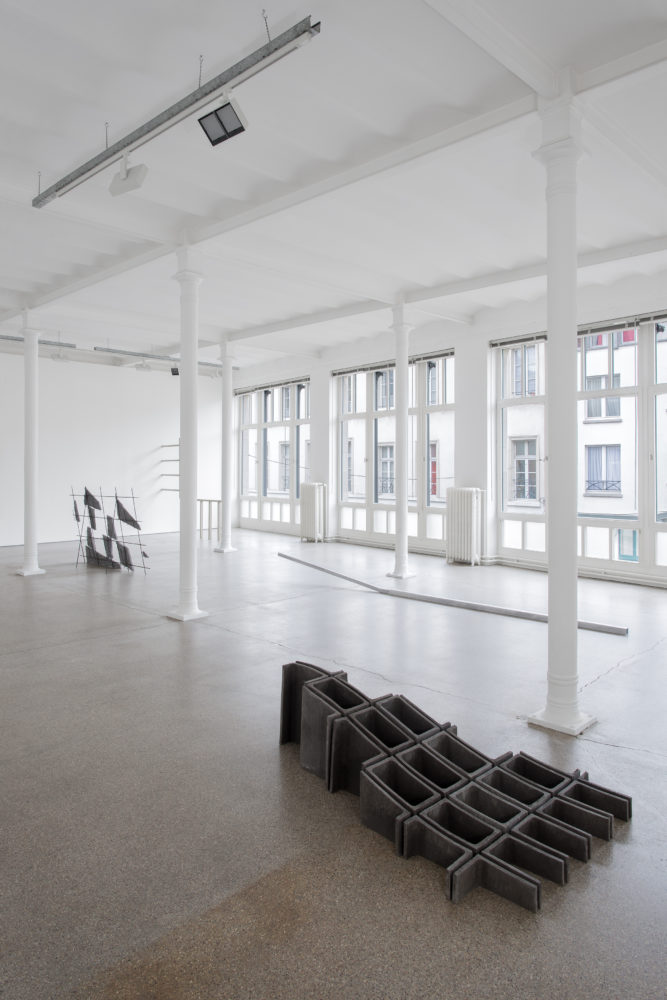 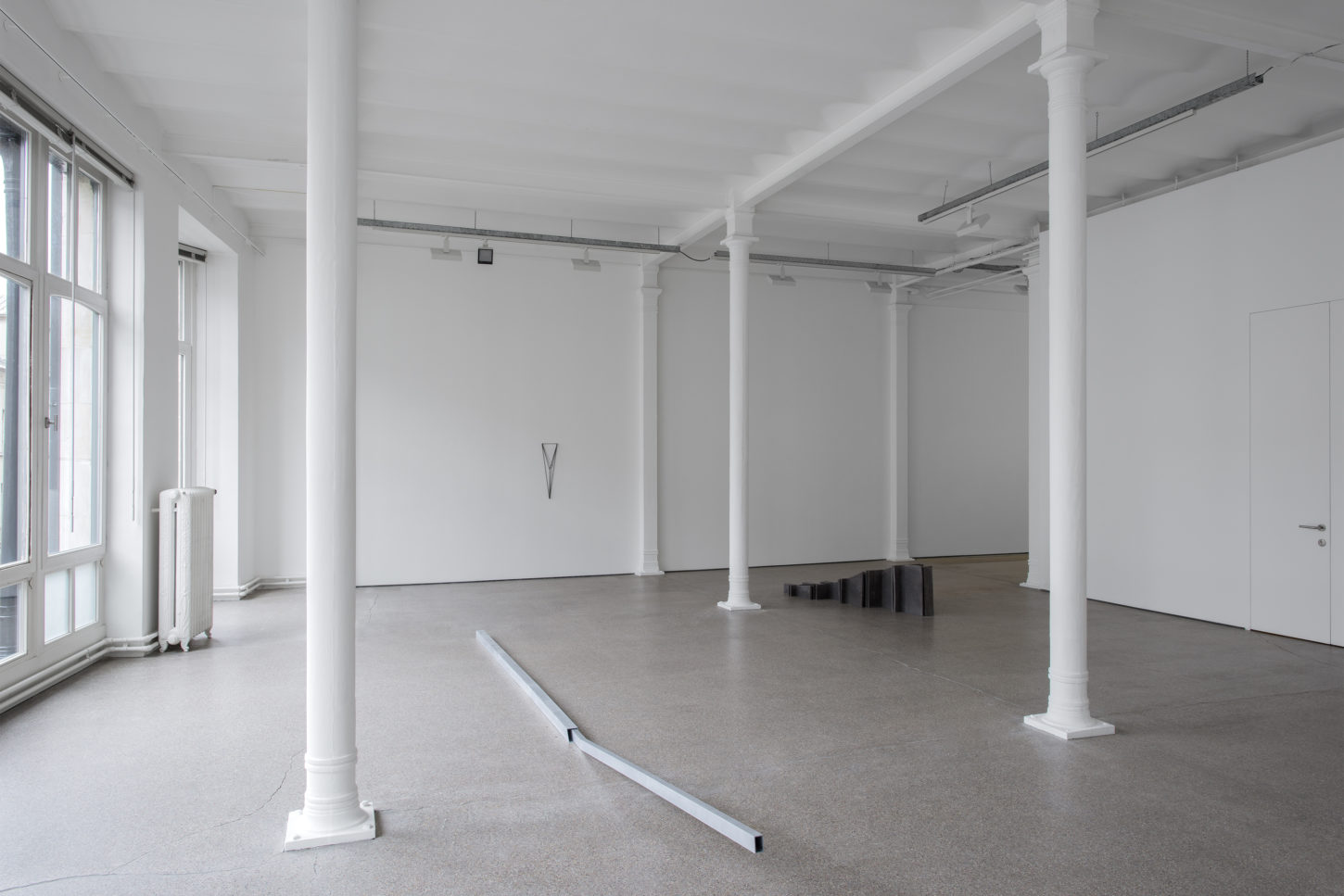 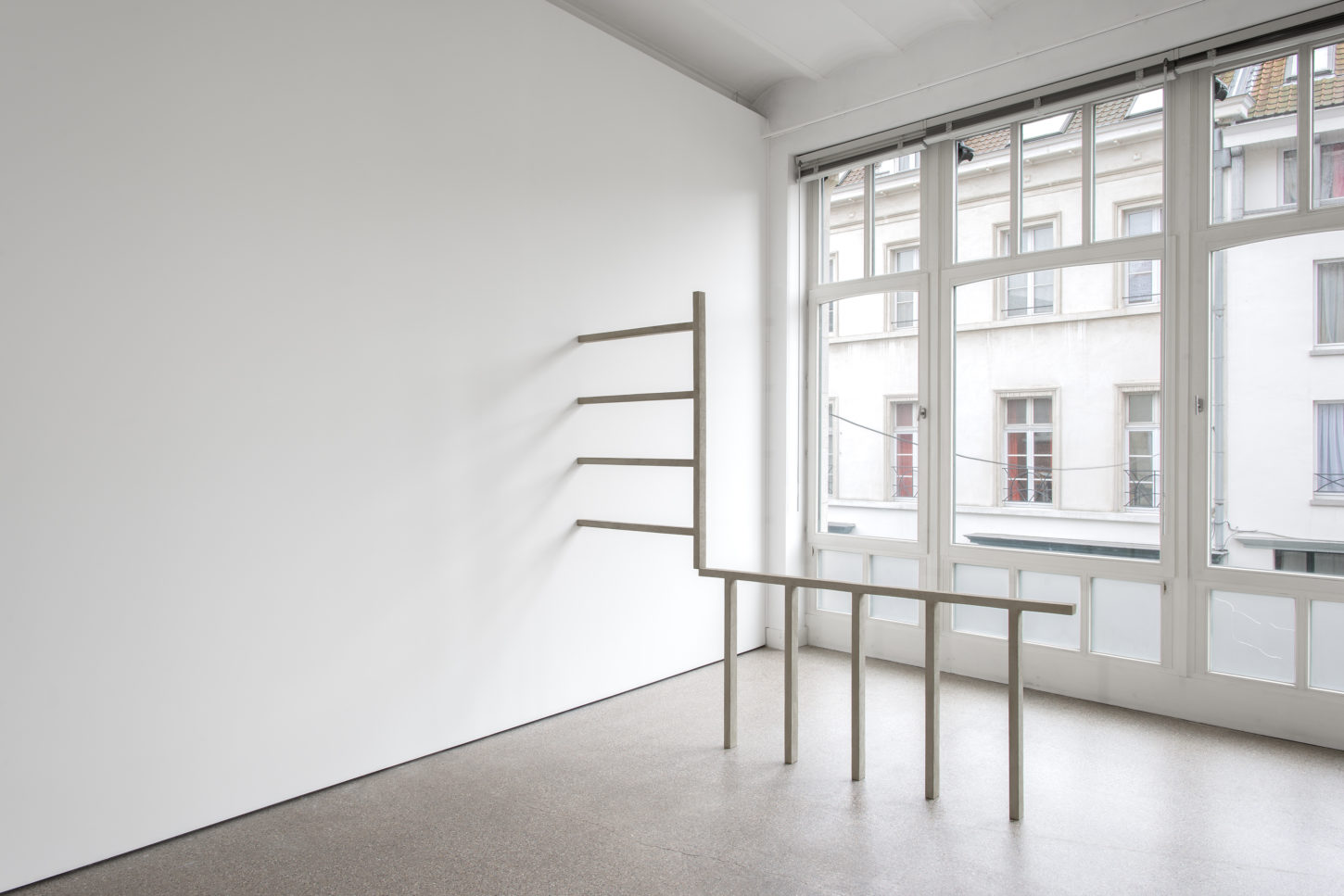 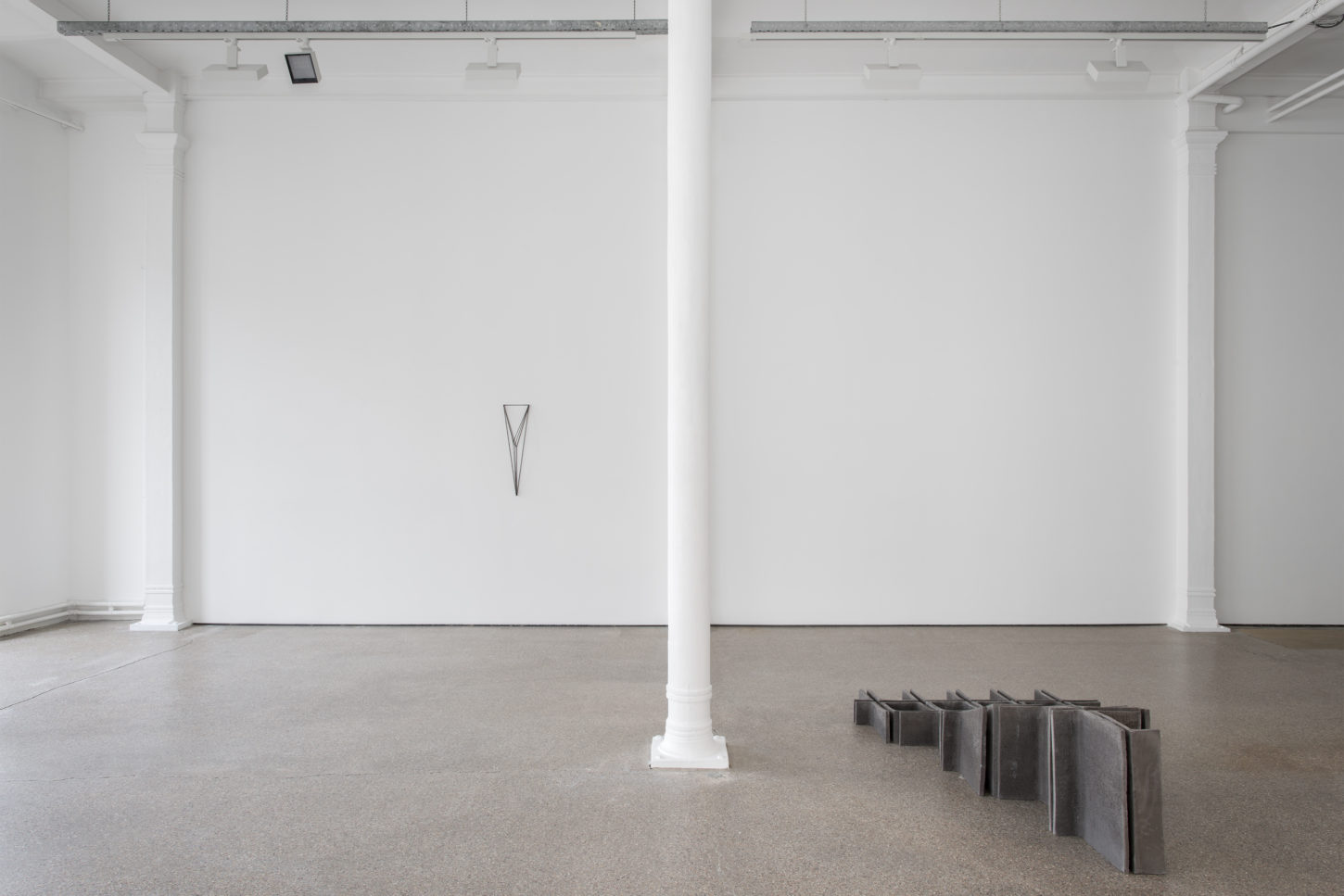 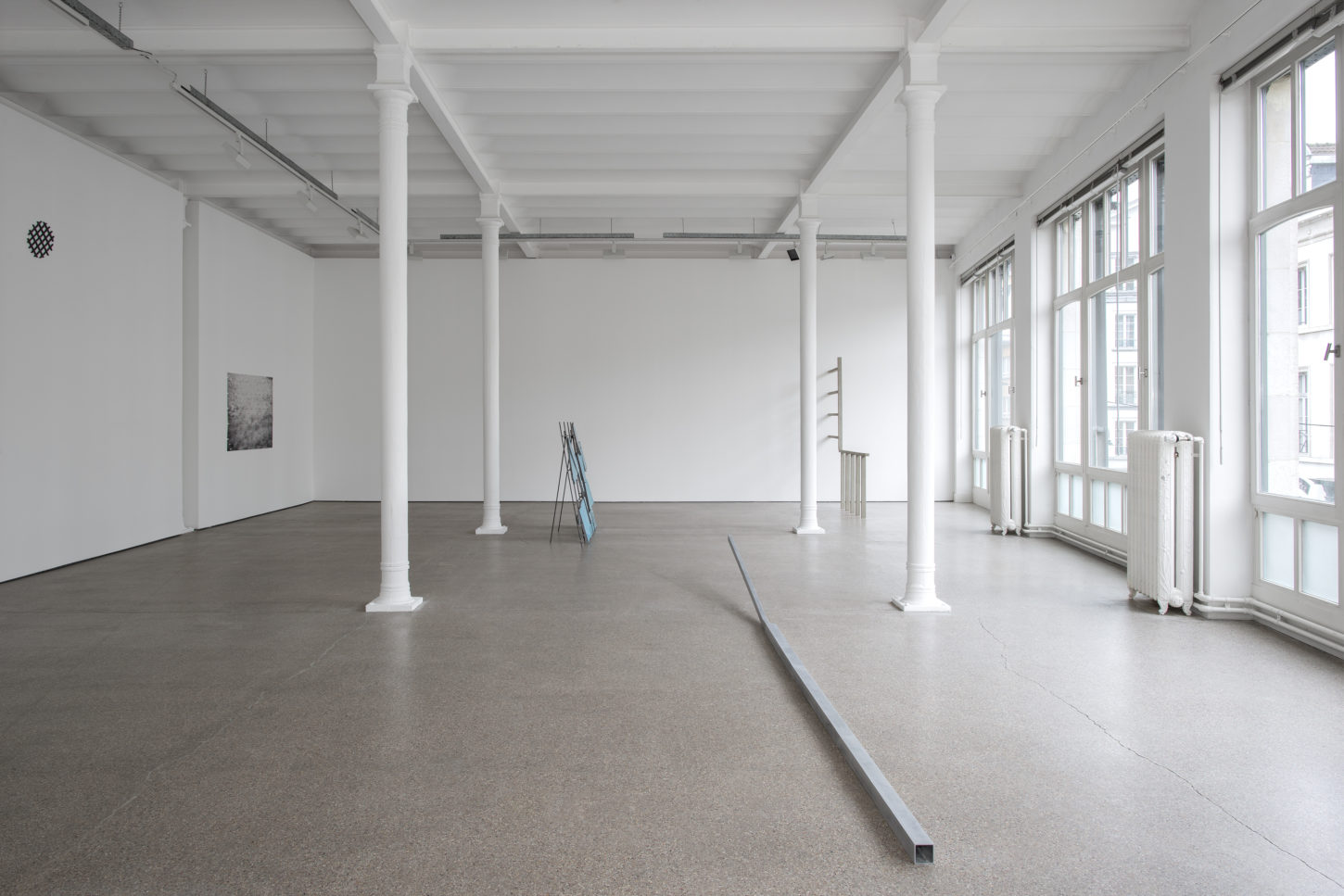 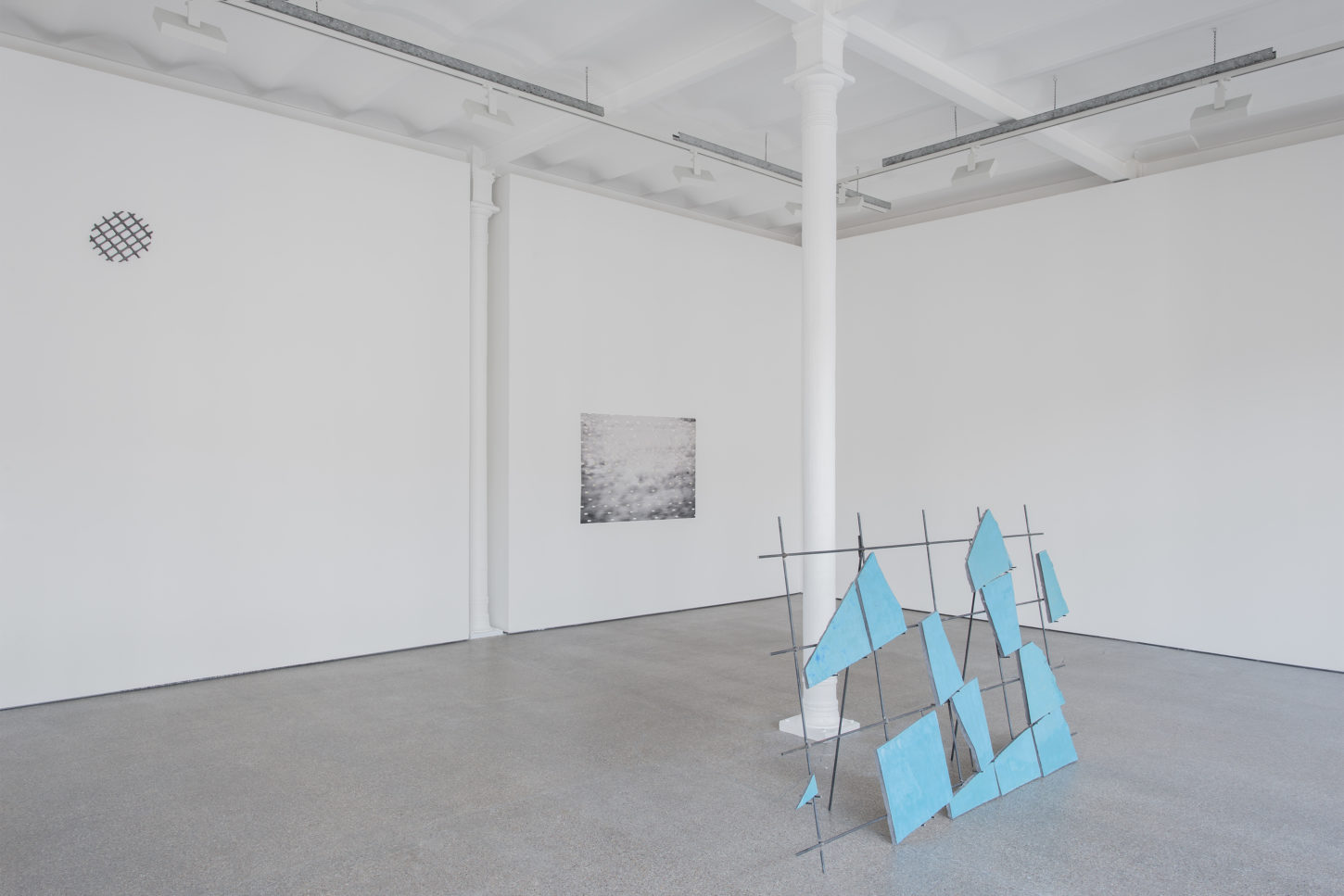 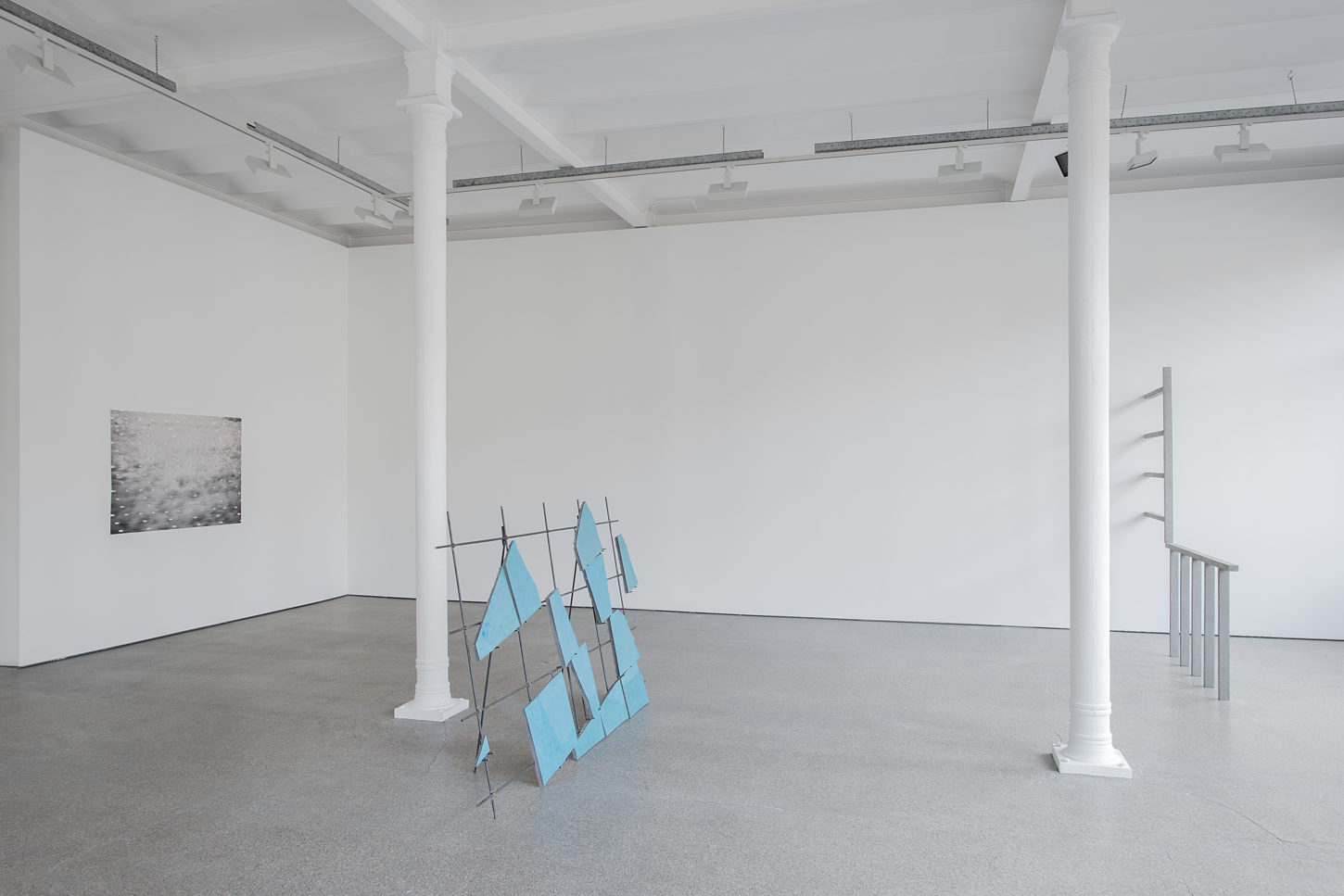 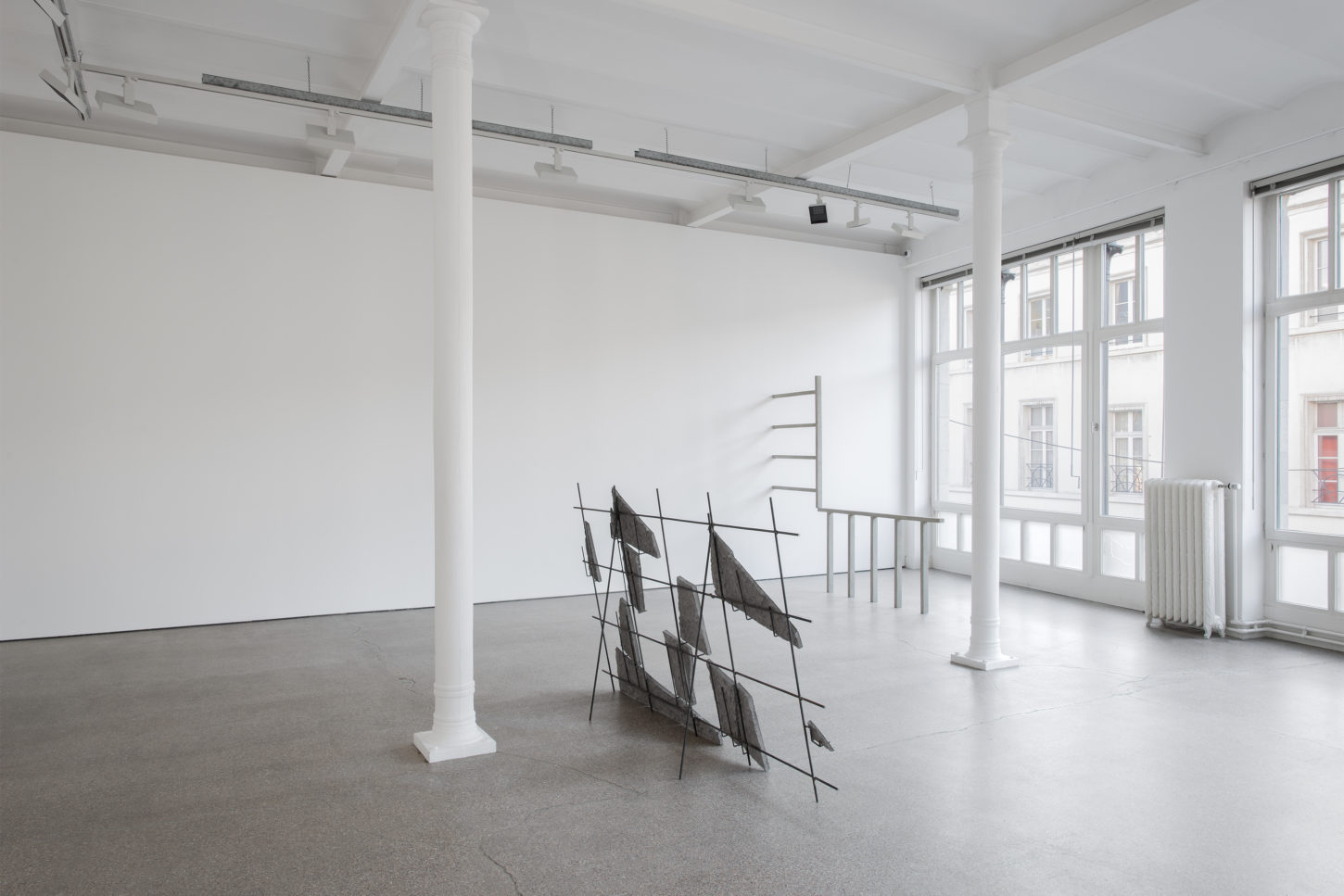 With the wish to create a sense of the whole space that enlarges the context of every single work, partly fragmentarily appearing sculptures form an ensemble, which in turn can be understood as a fragment with again, a potential continuation.

The installation is aligned along the length of the space, a forward movement at various tempi. The rhythm of the movement is generated by the interaction of occupied space and spacing, both in terms of the entire space as well as within individual sculptures. There is a contrast between gentle exercise and very straight movement that cuts the space sharply. In addition to the horizontal forward movement, there are different levels in the vertical. Ground and wall, with their different physical implication, are integrated in the work.

Valerie Krause started her artistic career as a student in stonemasonry. The training introduced her to the practical and categorical treatment of materials such as stone or concrete. Later, she shifts direction. At the Kunstakademie Düsseldorf, Krause develops her sculpture techniques, which she expands even further during a year at the École Nationale Supérieure des Beaux-Arts in Paris. Her artistic path is defined by a harmonious engagement with both nature and culture.

Valerie Krause’s method is synthetic; her design is free and open. In her work’s composition, there’s a large tension, both on a material level – static/dynamic, hard/soft, solid/volatile – as in terms of design: open/closed, geometric/anthropomorphic, streamlined/erratic. Transition moments, such as the transformation of materials or a change of direction, are respected, oftentimes even emphasised.

It’s as if the sculptures involve a series of contrasts, of softness and hardness, smooth and rough, colour and anti-colour, et cetera. However, Krause’s work remains inscribed in a classical concept of beauty that aspires to correct spatial relationships, dimensions and balance. Krause’s free plastic art is determined by the characteristics of the very tactile materials used, and their combinations – or more spatial constructions, with a strong linearity that creates certain lines of fracture in space. A pronounced plasticity makes sure the works don’t blend with their surroundings.