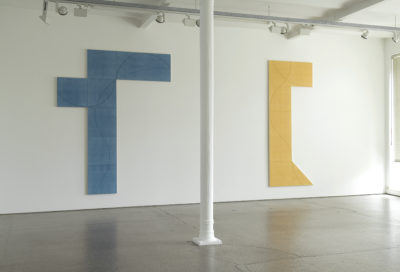 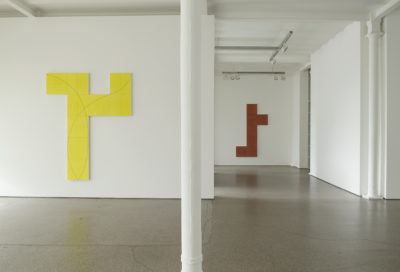 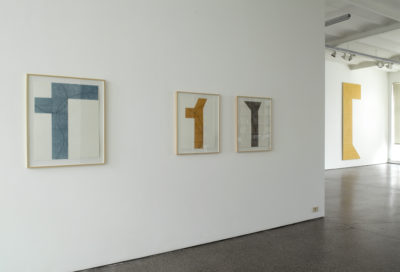 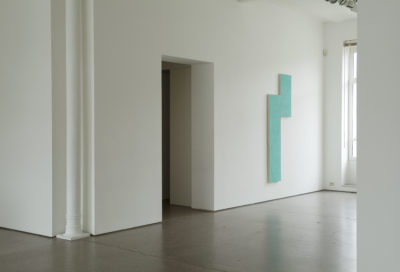 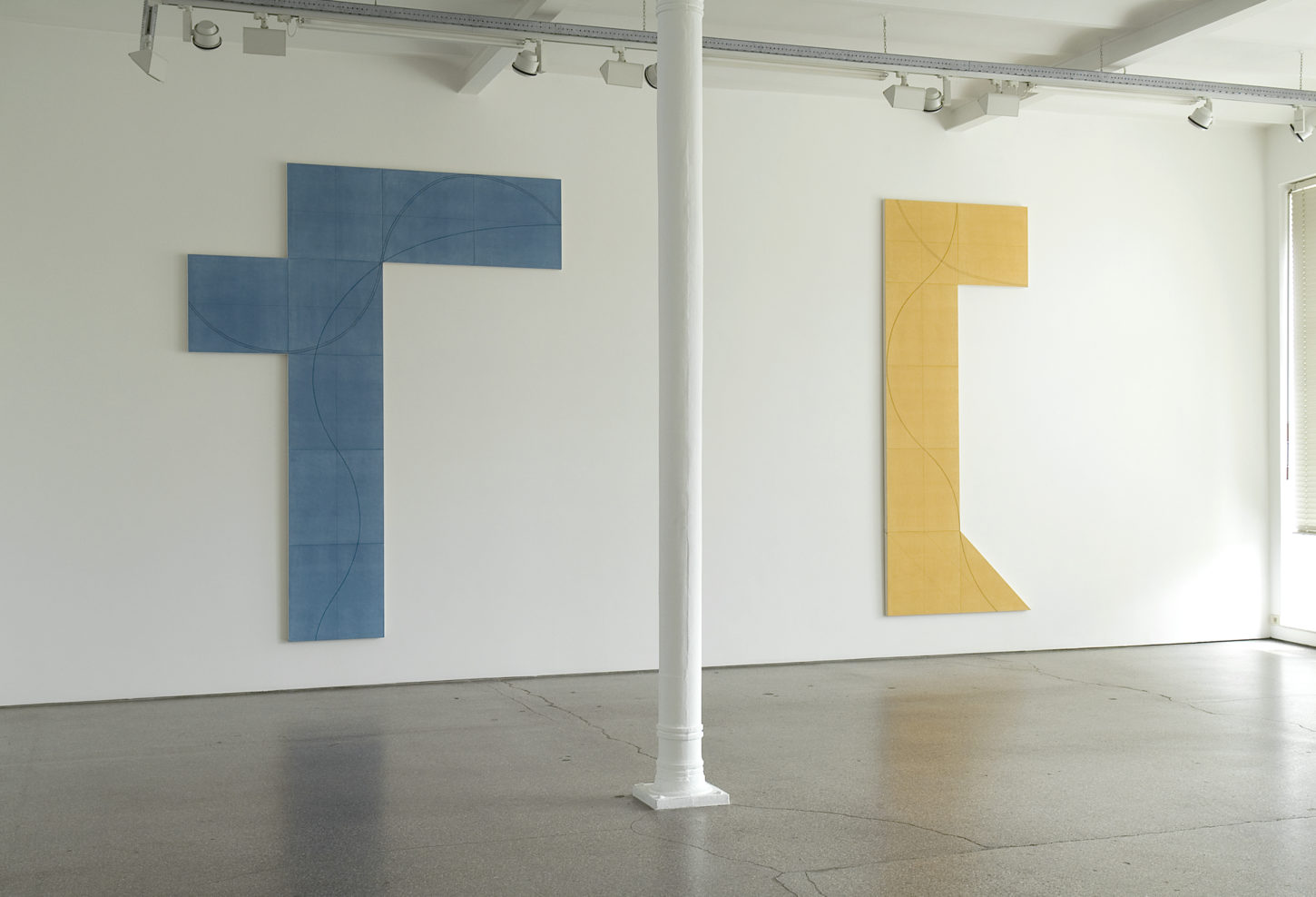 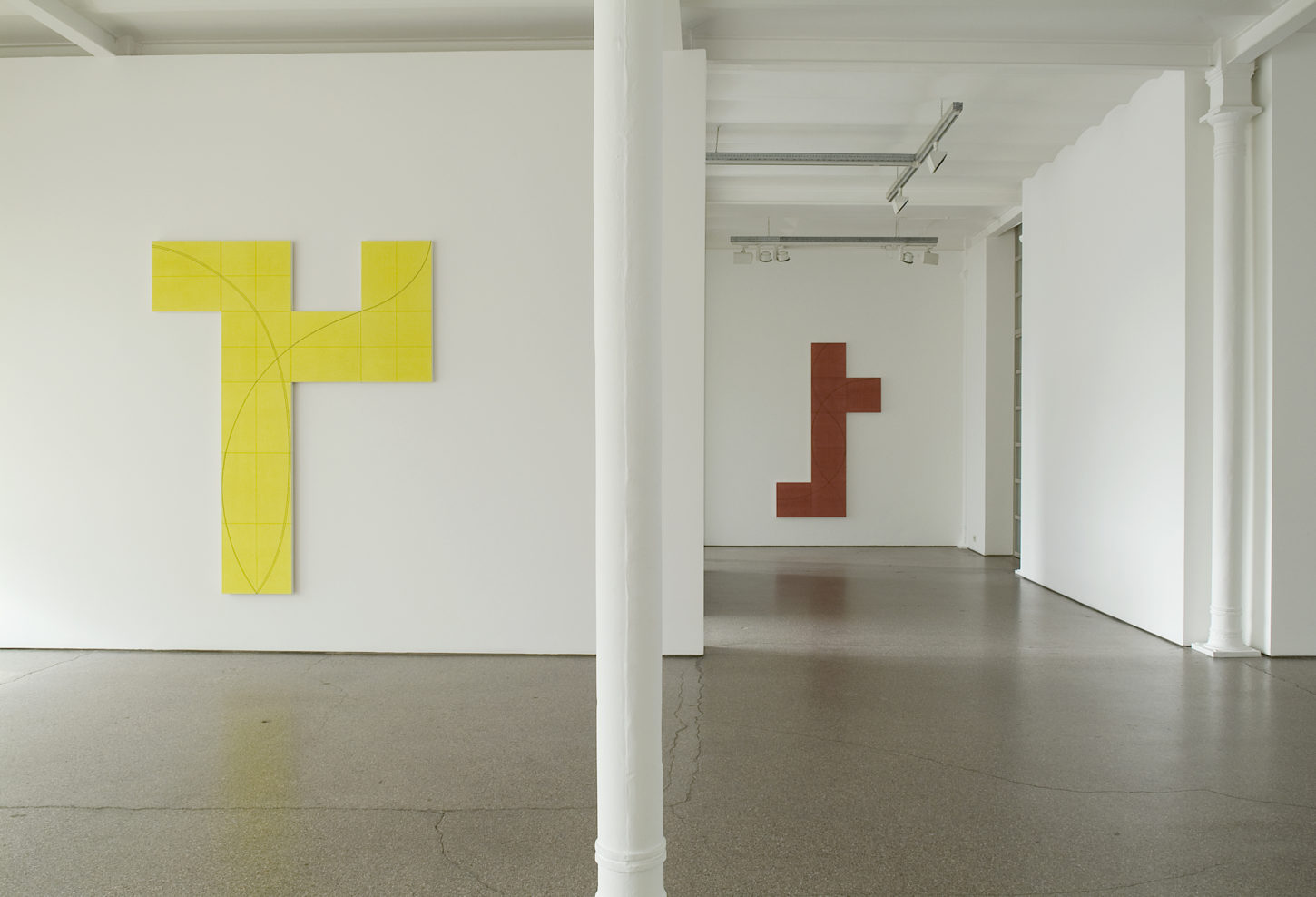 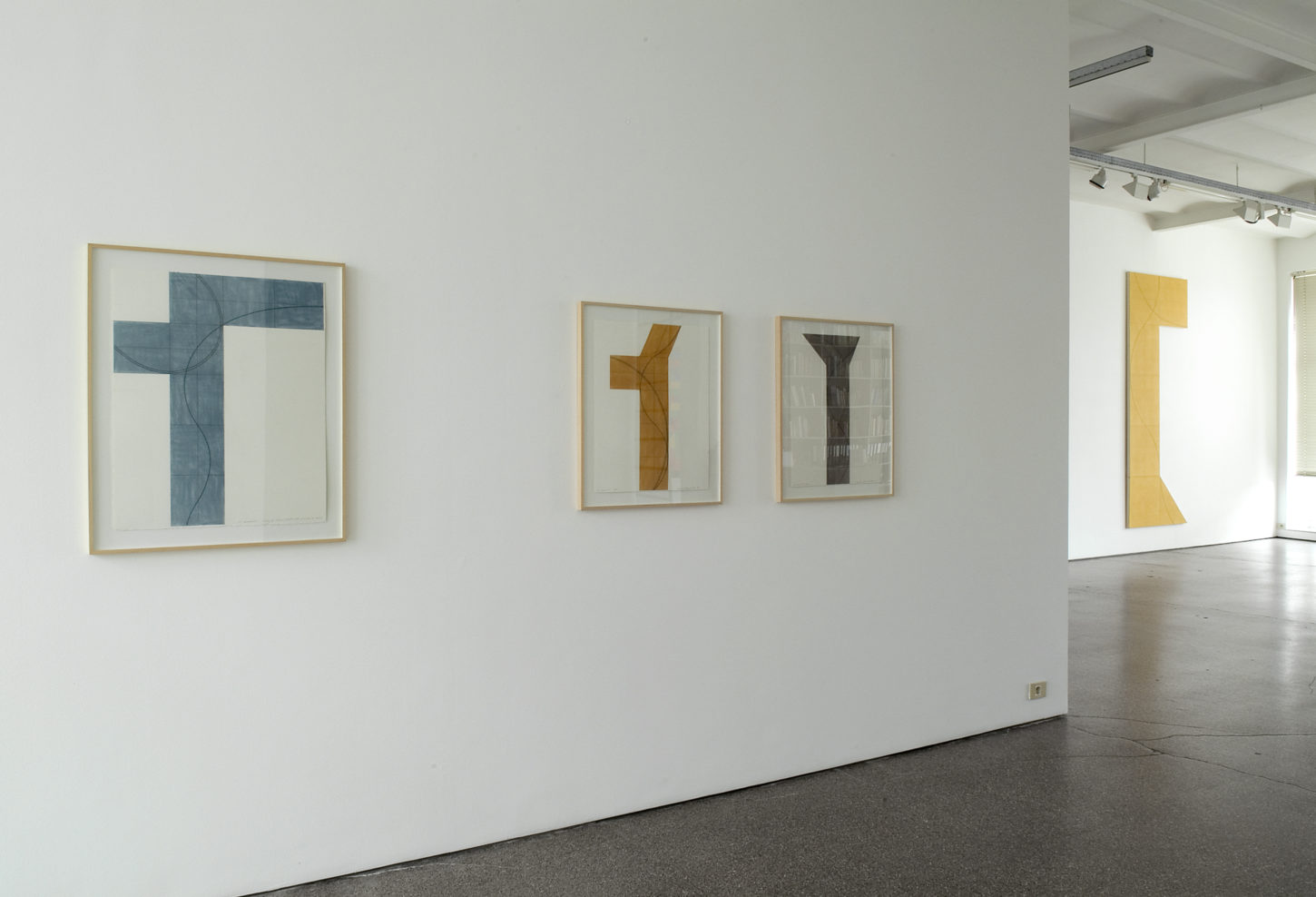 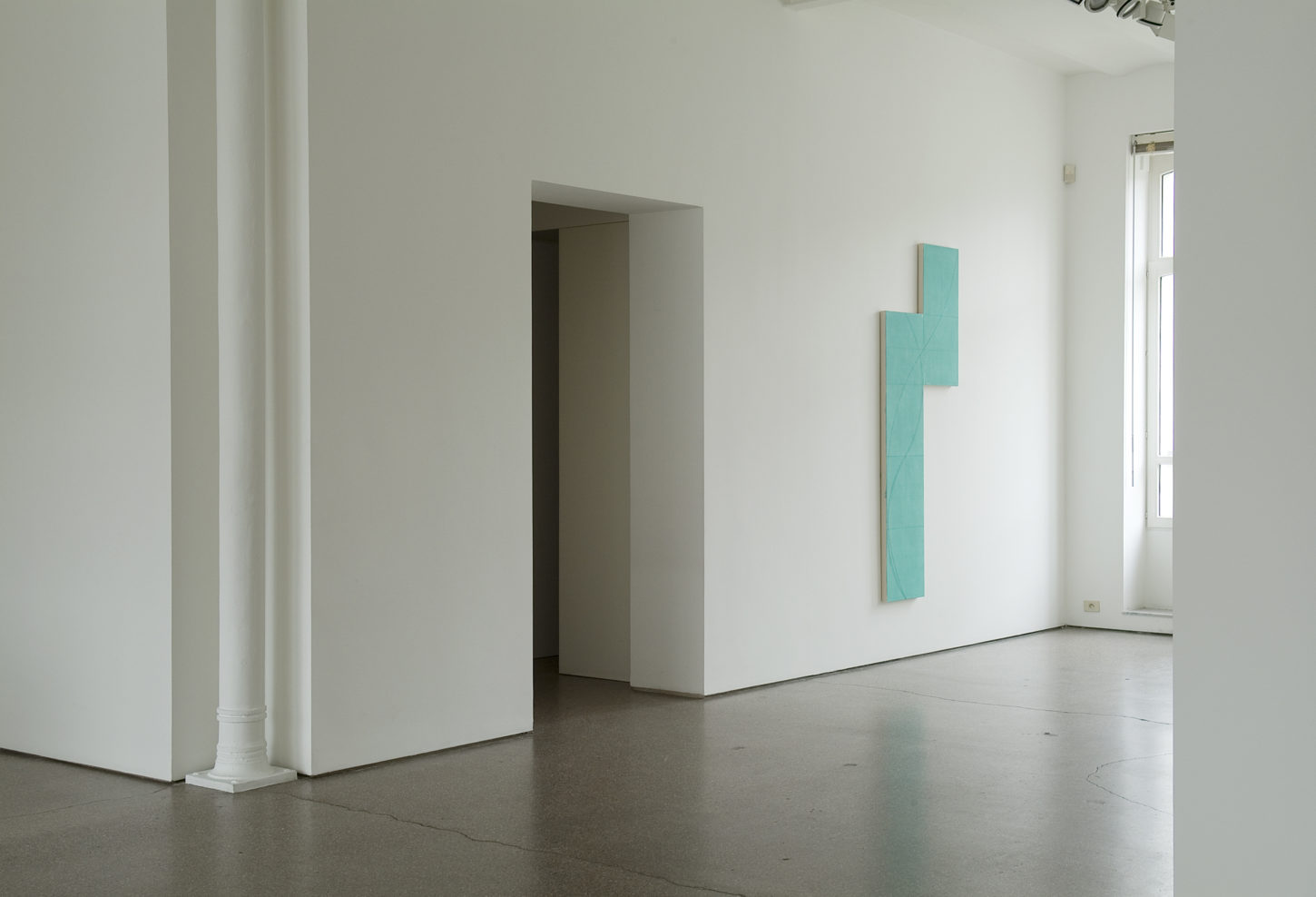 The main quality of Robert Mangold’s work resides in the plain and direct dialoque with its viewer. His art addresses our visual observation. The elements that are required to approach his work are part of everyone’s general knowledge: what is a space, a wall, a column, the top, the bottom, horizontality, a curve…

This impression of simplicity, which conveyed by a sense that the painting commits itself entirely to its form, its colour and its structure, is, however, unsettled by its fragmentary aspects. A painting by Mangold elicits the idea that it might expand into space and that it is but part of a wider rhythm.

The artist himself has often associated this ambivalent vision with his image of New York:

“I see everything in fragments, in segments – a segment of a lorry, a segment of a building. In New York one doesn’t see the whole, but each fragment becomes a self-contained whole.”

A viewing experience in which an image refers us to a whole. In his very words, what is there, is completely there! But as soon as one links images to what one already knows of the world, they turn into fragments:

“A semi-circle is a complete form even though it is not… This is the essence of my work … this ambivalent feeling – or perhaps the impossibility of a complete experience“.

Mangold’s strives to reveal this impossibility or respond to it in a visual system.

In Mangold’s previous exhibition in Brussels, his ‘Curled Figure’ series explored horizontality by doubling a spiral in a mirror image. In the present exhibition the recent ‘Column Structure Painting” series is characterized by its verticality. The spiral, which was initially confined to the canvas, has opened itself and has developed in a wave-like motion.

These wavy lines may in principle extend into infinity, and they are either in different phases, or merely doubled. An internal orthogonal grid serves as the ground plan for the curves and divides the canvasses into equal units.

Figure – grid – plan – colour – outer form … it is quite hard to determine which is the primary element, the origin of  all others. On the visual – and material – level, each different element confines itself to a single painting.

Even if the dynamics of the wave derives from its extension or rhythm, nothing prevents it from splitting or going in a different direction.

Thus Mangold examines intuitively the possibility an evolutive curve has to take the direction  it ‘choses’ or ‘needs’, with the result that the ‘column’ series develops in an increasingly architectural way.

“The nature of my work resembles most closely a journey one could make in small segments … The definitive destination must be left to the imagination.”