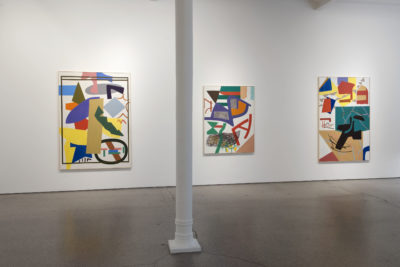 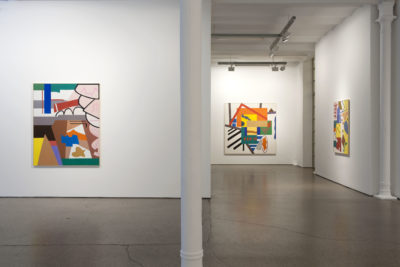 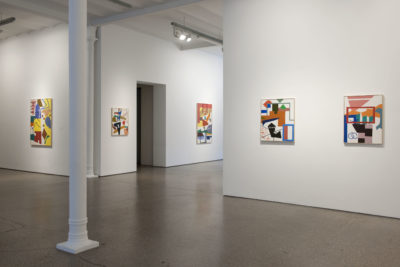 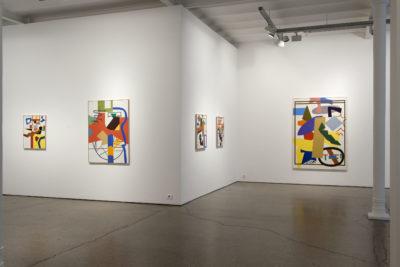 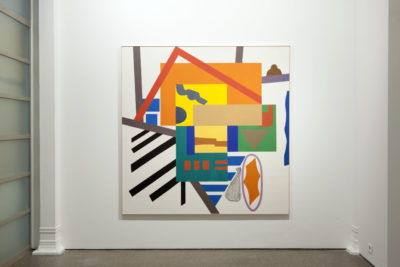 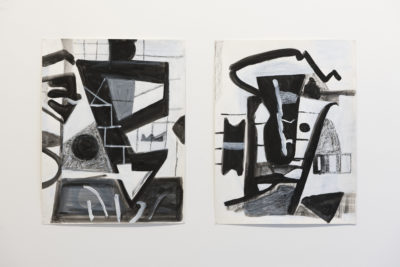 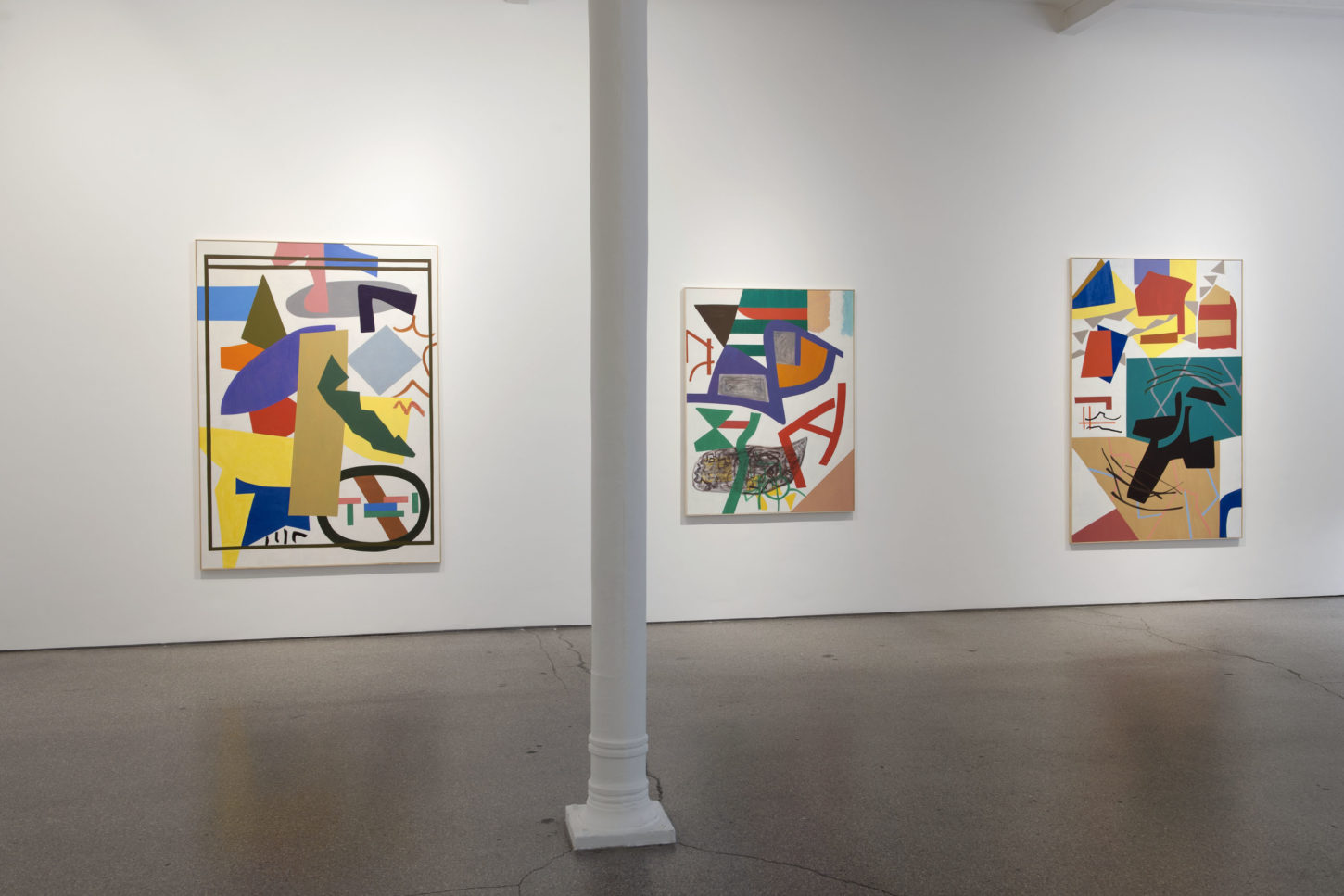 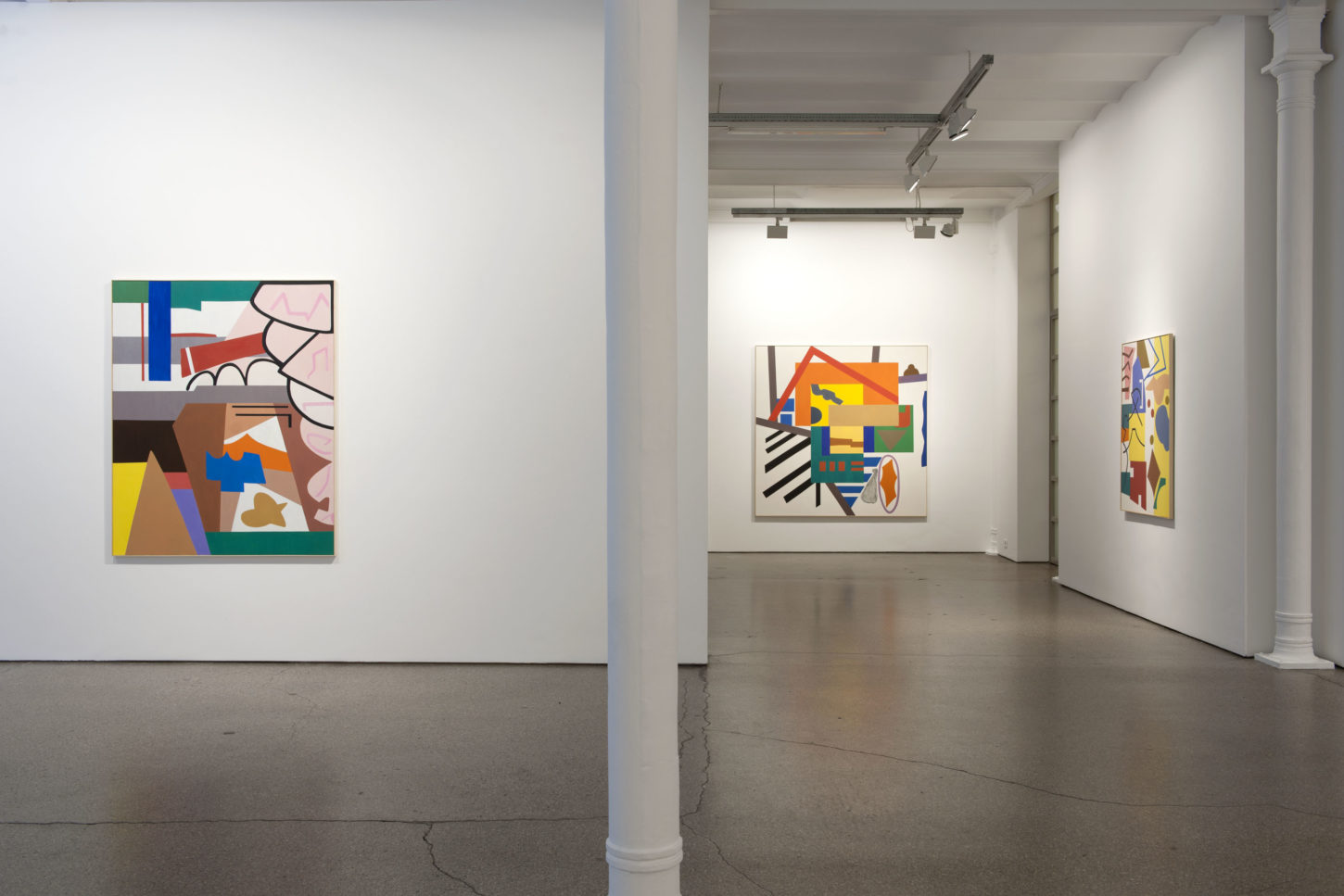 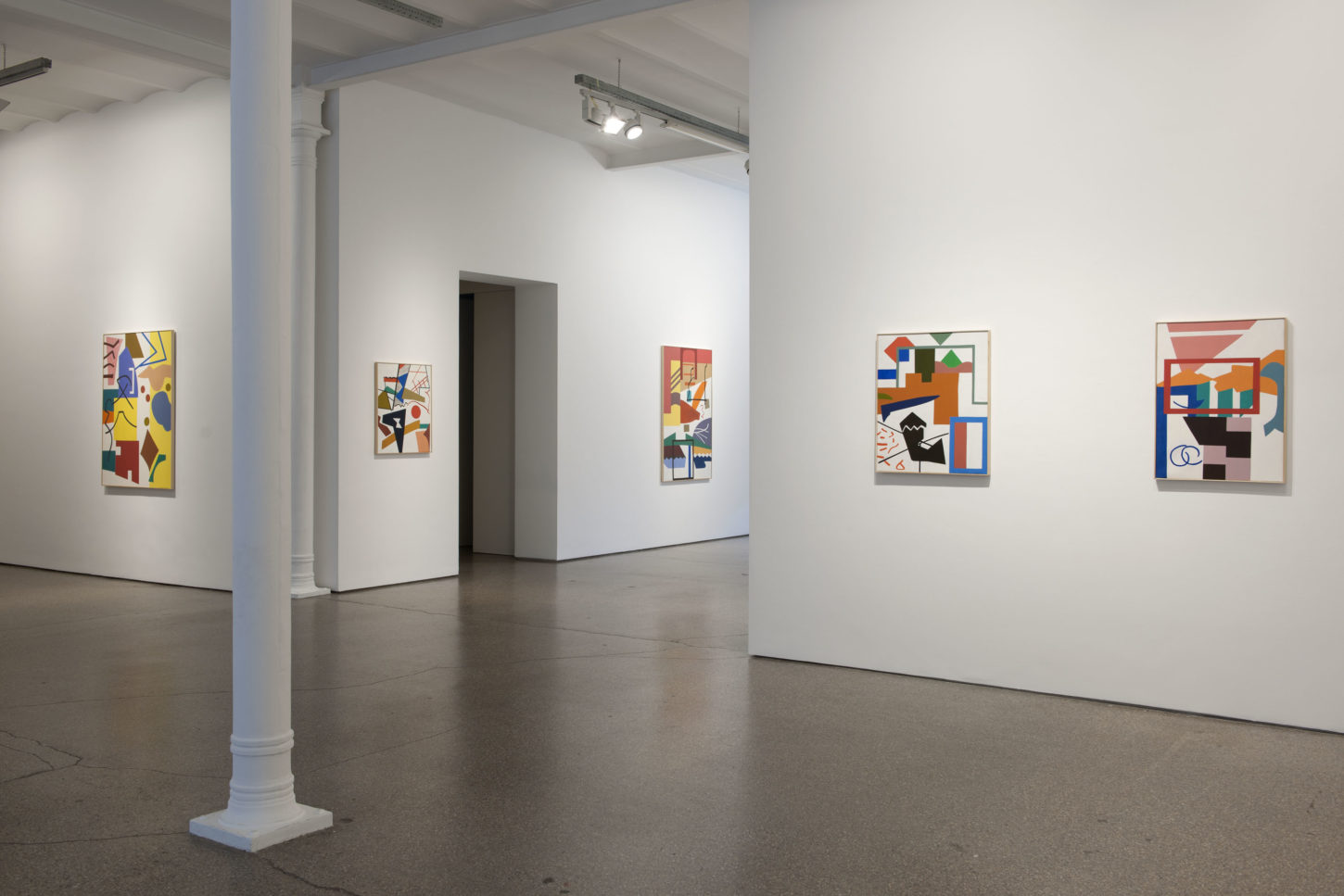 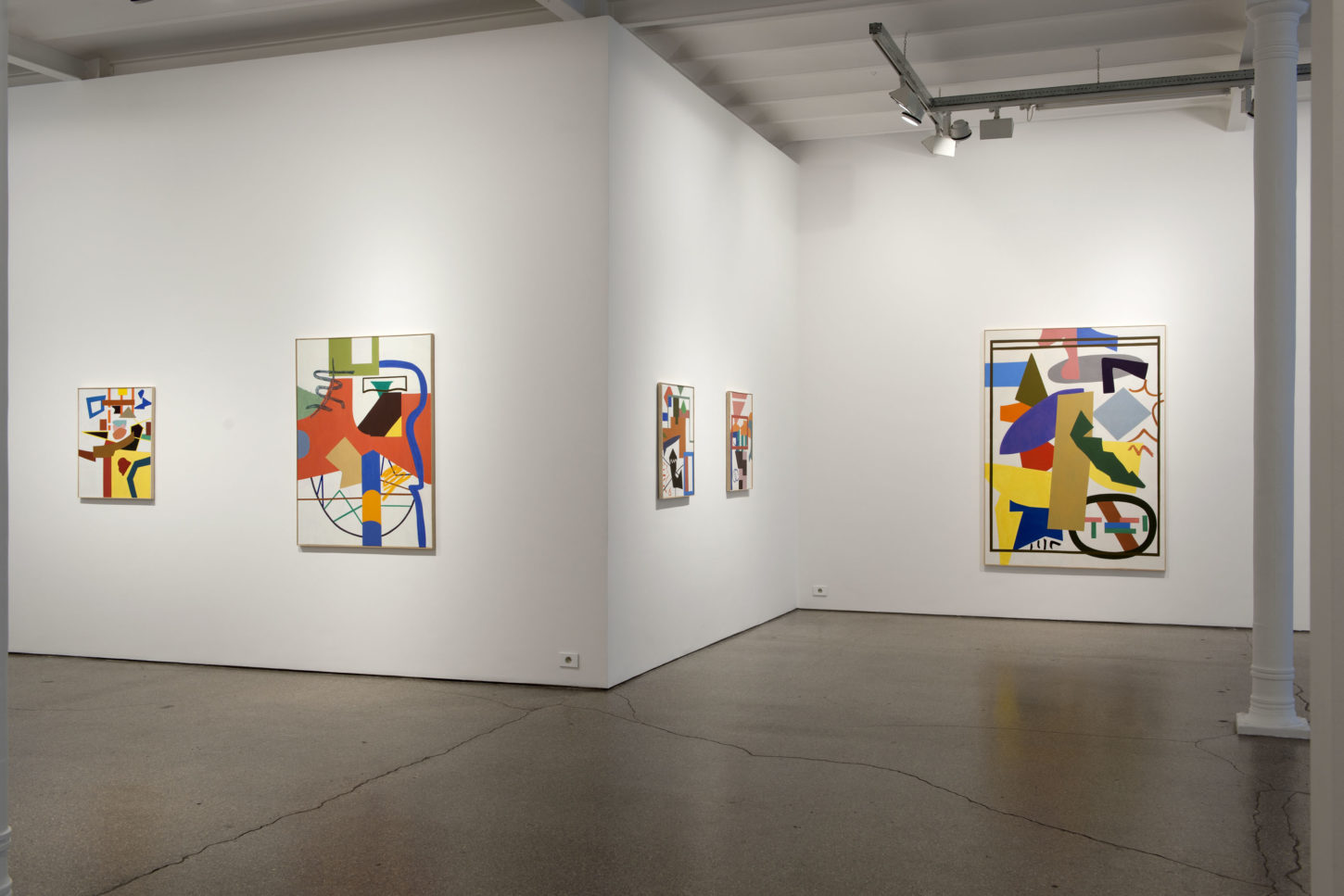 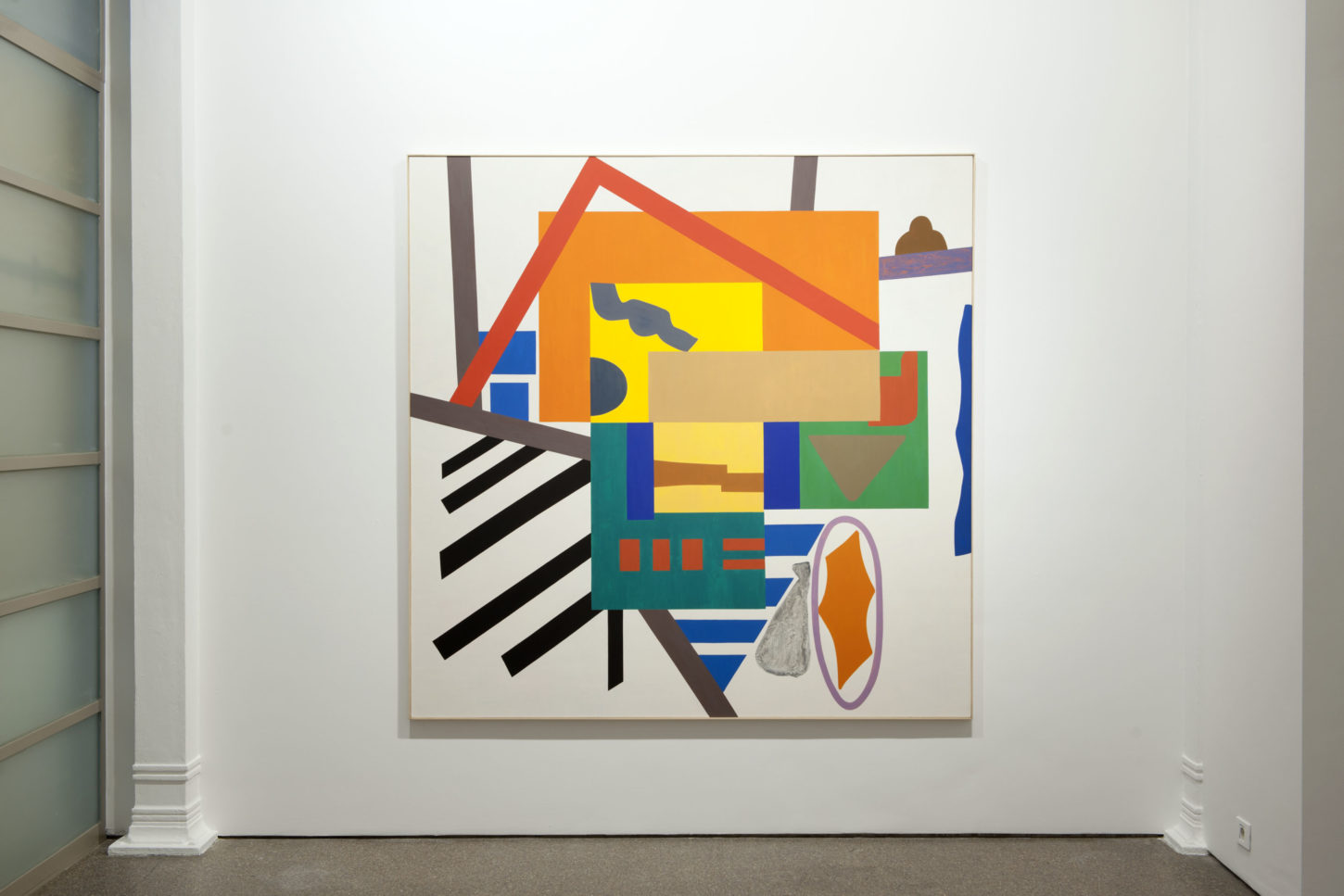 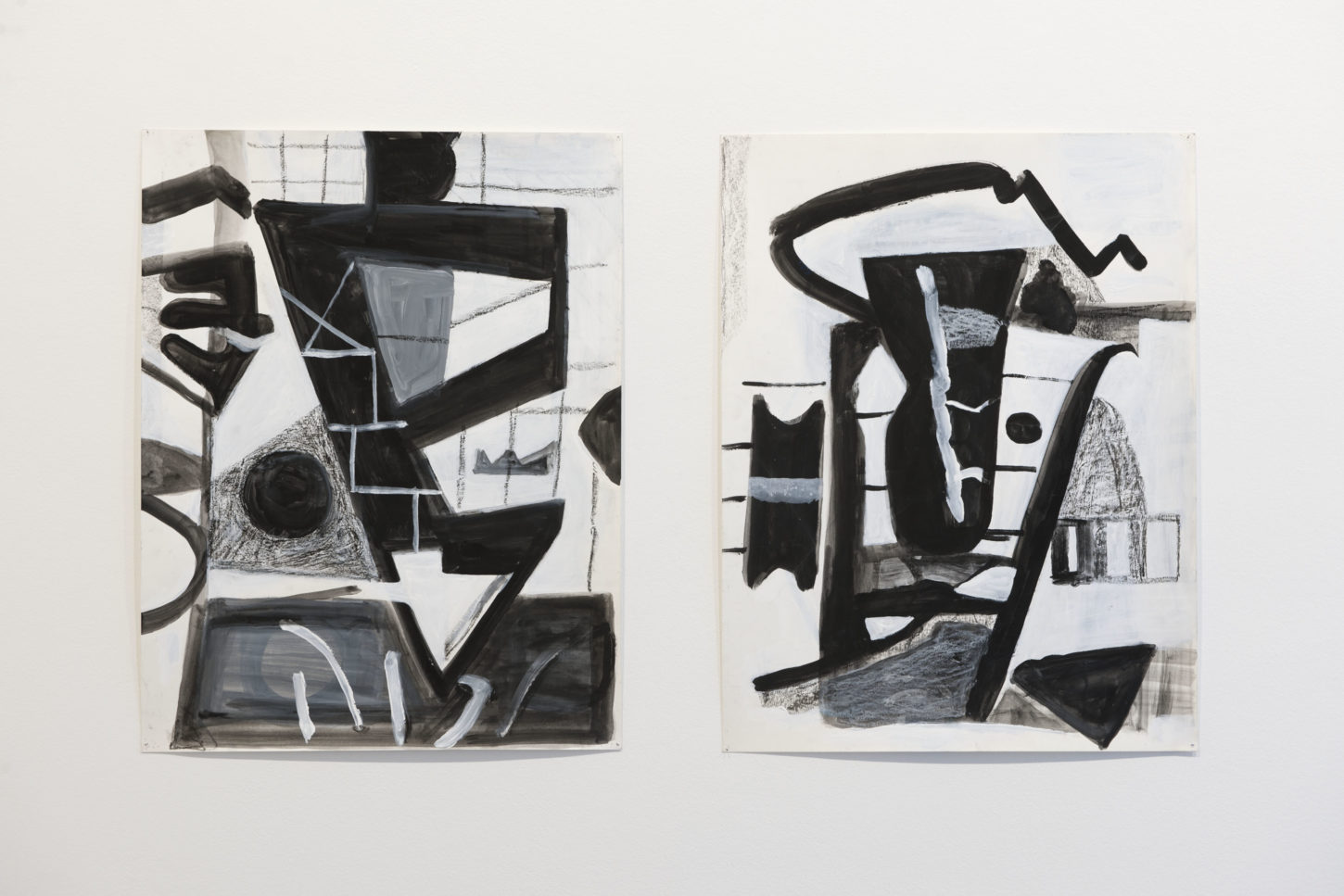 A major historical perspective places Shirley Jaffe among a series of young American and Canadian artists who took up residence in Paris after the Second World War: Joan Mitchell, Jean-Paul Riopelle, James Bishop, Sam Francis and Ellsworth Kelly. They became known as the Second Generation Abstract Expressionists, as they were inspired by the innovative movements in American painting since the mid-forties.

Within this tradition Shirley Jaffe’s work developed from gestural abstraction, with a rich texture and clotted and oil-caked surfaces, to flat geometrical pieces that come close to hard-edge painting. Matter and touch are reduced away in favour of a strong two-dimensionality, the ‘flatness’ that was famously praised by the influential American critic Clement Greenberg (1909-1994).

The action in Jaffe’s painting is reduced, but on the canvas the energy is regained, as it were, in the organisation of the strict colour arrangements. Shirley Jaffe is a colourist, above all. In her work colour determines composition and generates form. It constitutes a structural and formal power. It is a method that to some extent refers to the ‘papiers coupés’ by the late Henri Matisse (1869 – 1954).

Illustrative examples are Hawley, The Brown Frame and The Grey Phantom: sharply lined planes of colour are placed next to and on top of each other, without being mixed, in such a way that the pictorial plane is condensed. The white foundation has a nearly vibrating effect, it is not neutral at all.

In spite of the obvious precision and objectivity, a certain amount is spontaneity is also clearly present. Now and then the geometrical line becomes less strict and certain forms even evoke some recognisability, as inShadows, Otherness or The City. However, by reminding us that the risk for association grows as soon as pure abstraction is abandoned, Shirley Jaffe emphasizes that her art is non-referential.

Once, when asked about her motivation, she replied that there was no need for a ‘nécessité intérieure”, for expression, for mimesis. The titles of her works therefore offer no explanation, but contain at most some intuitive thought. A knowing wink, also, at the often literary reading of her work, while it is precisely a plea for experiencing art by looking at it.

Shirley Jaffe’s work is in the collections of the MOMA and the Centre Pompidou, where this year it was included in the ‘Elles@pompidou’ exhibition.