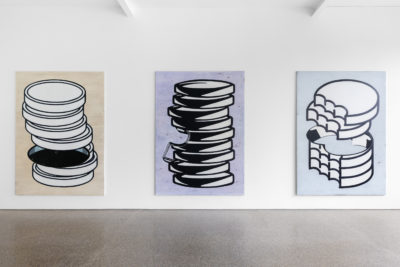 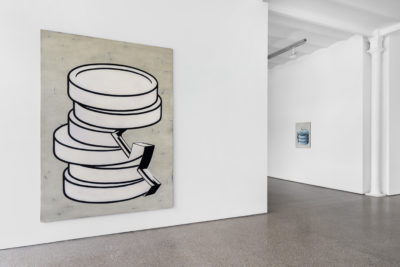 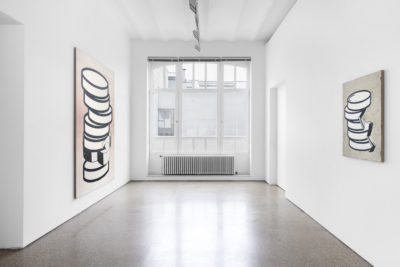 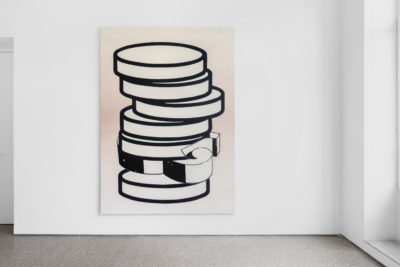 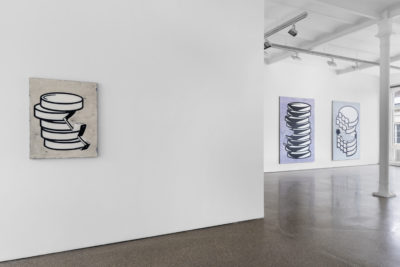 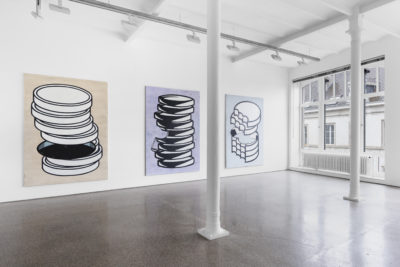 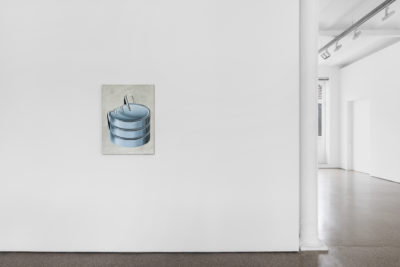 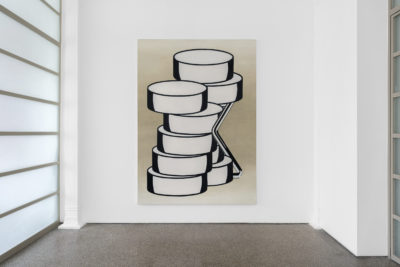 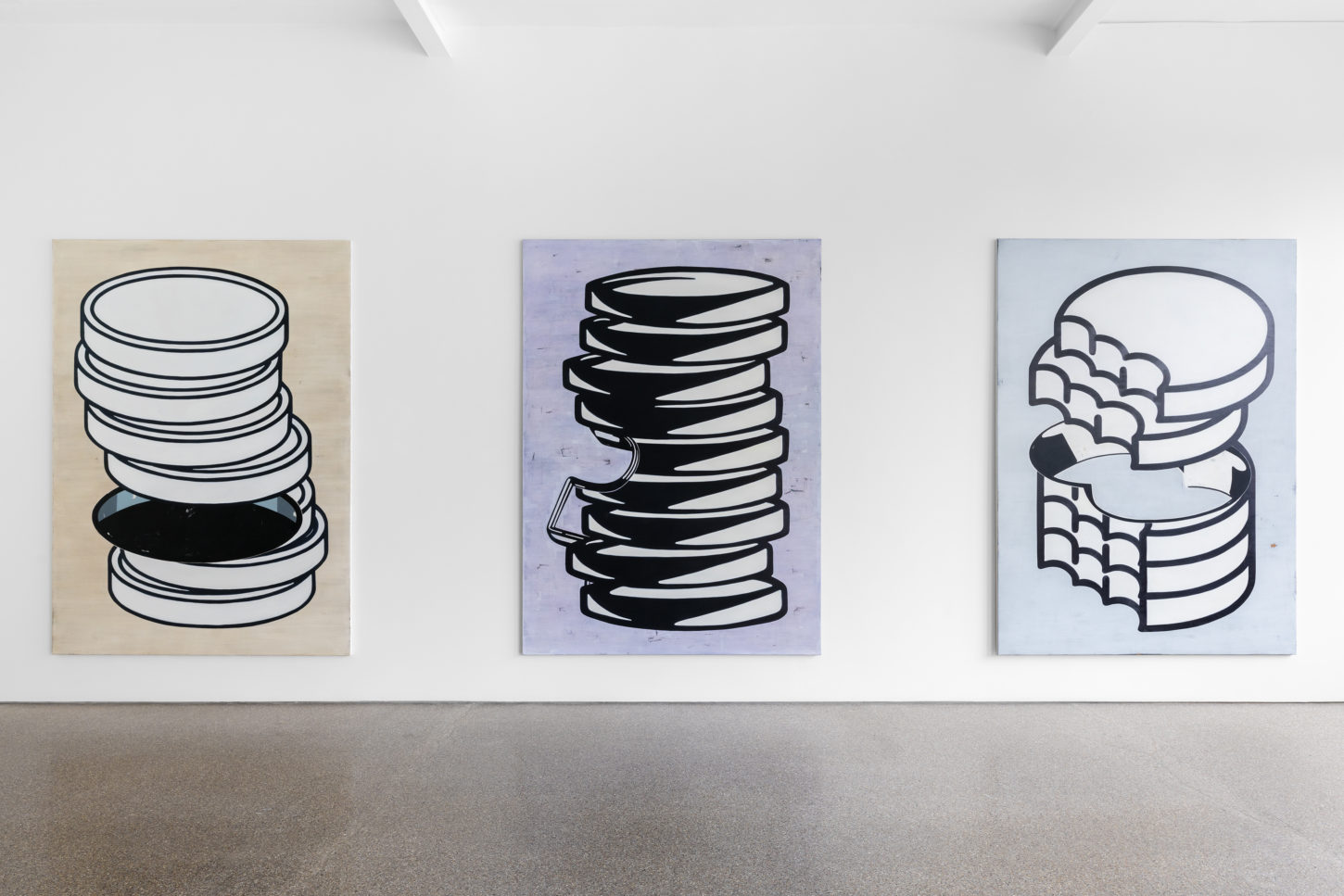 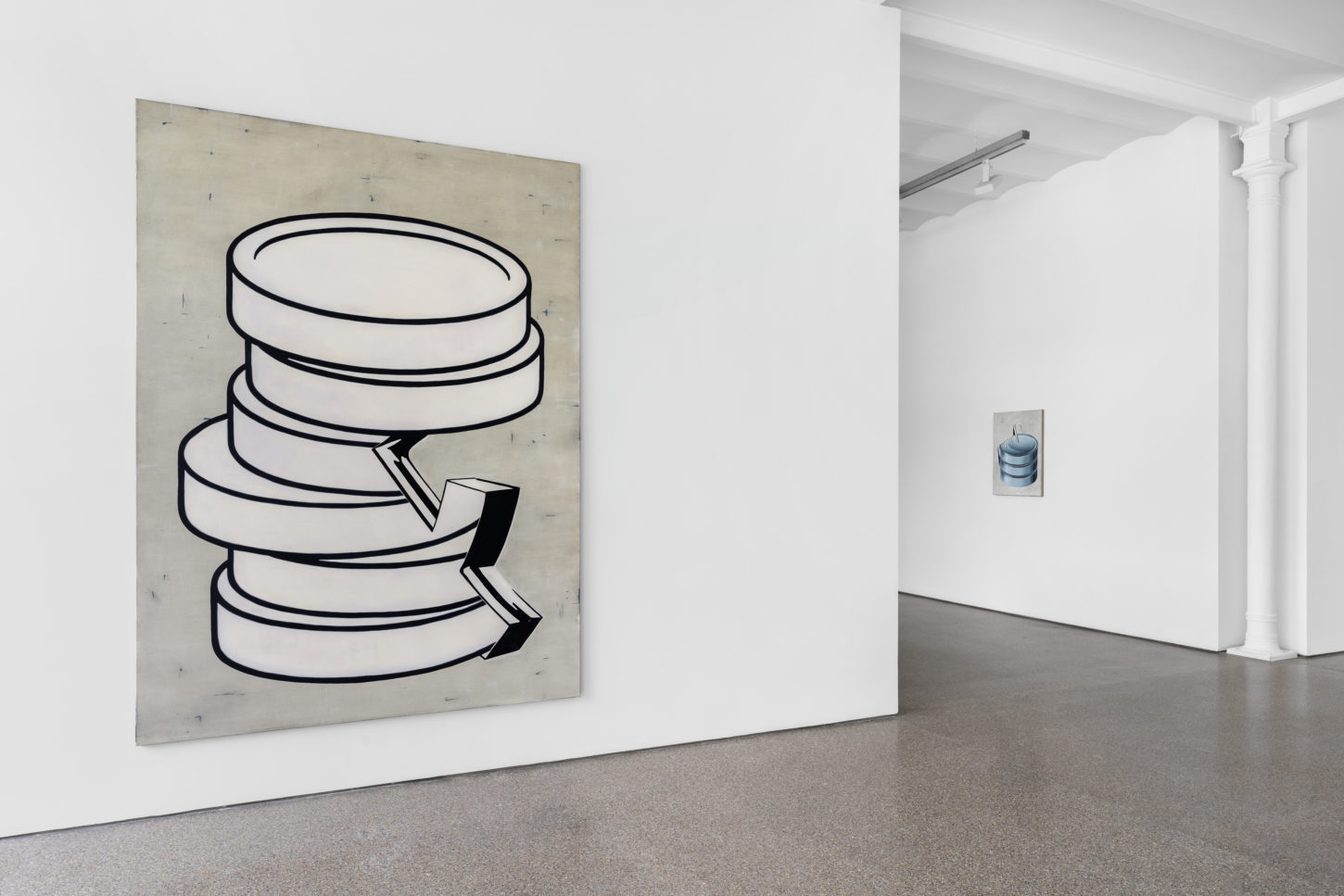 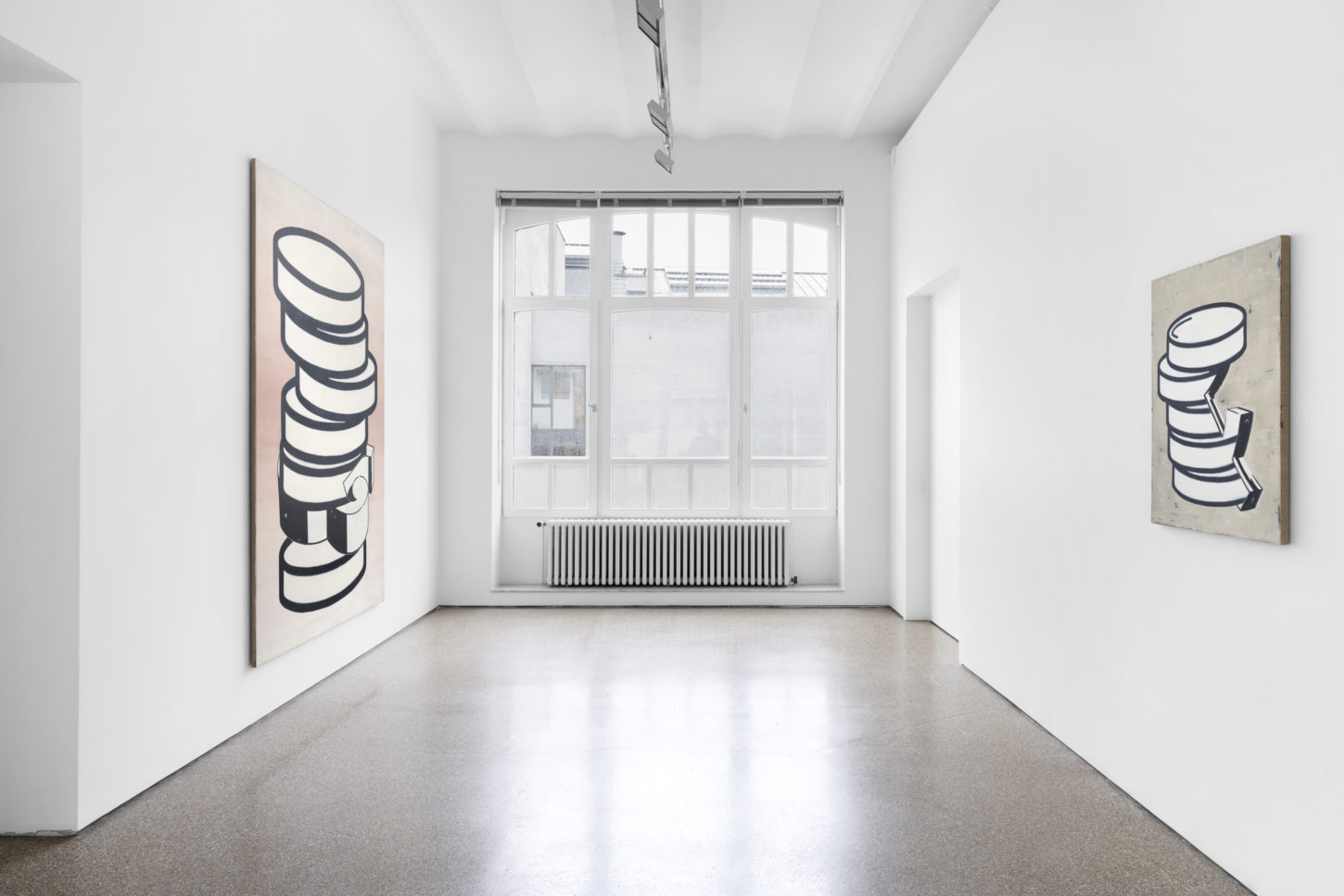 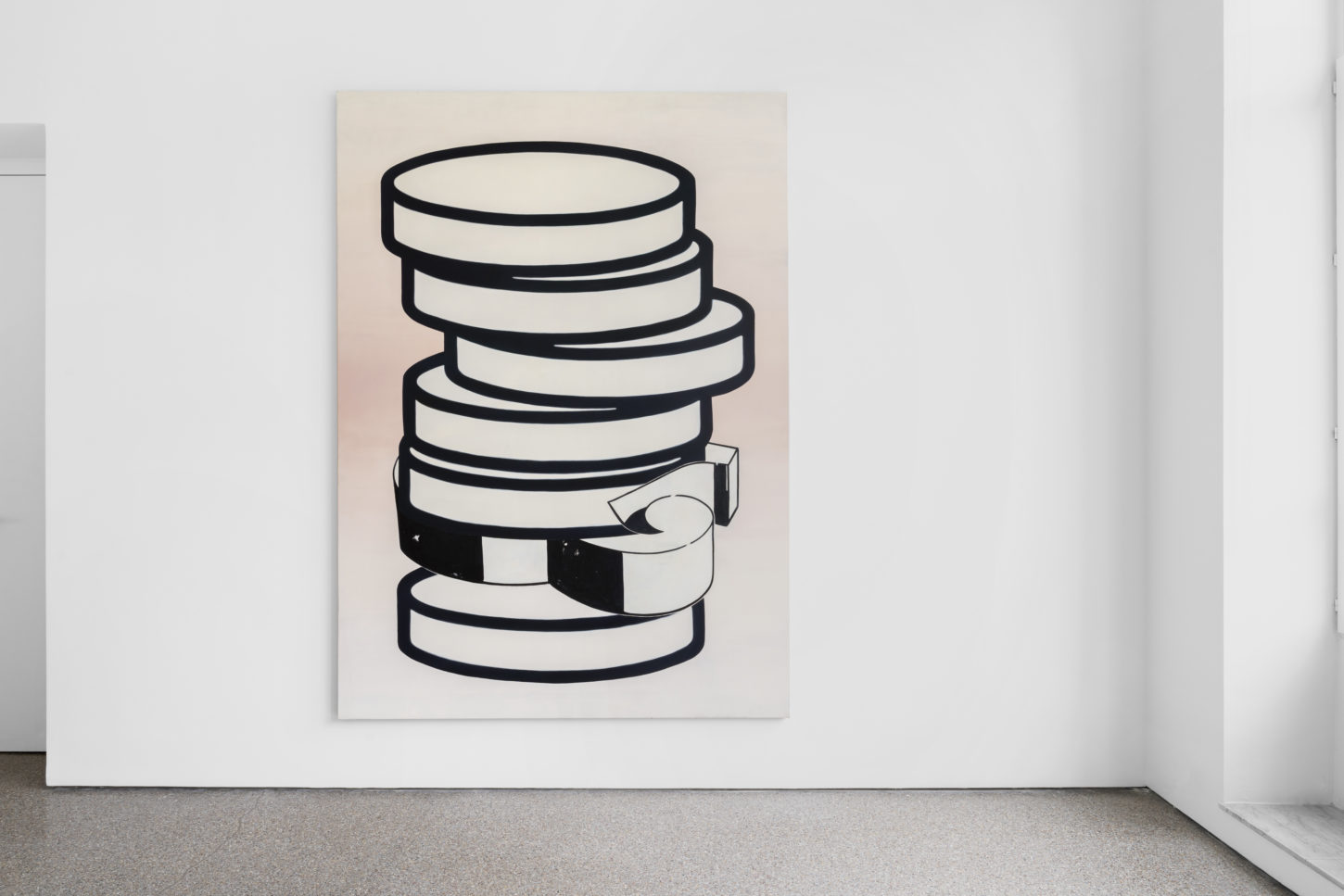 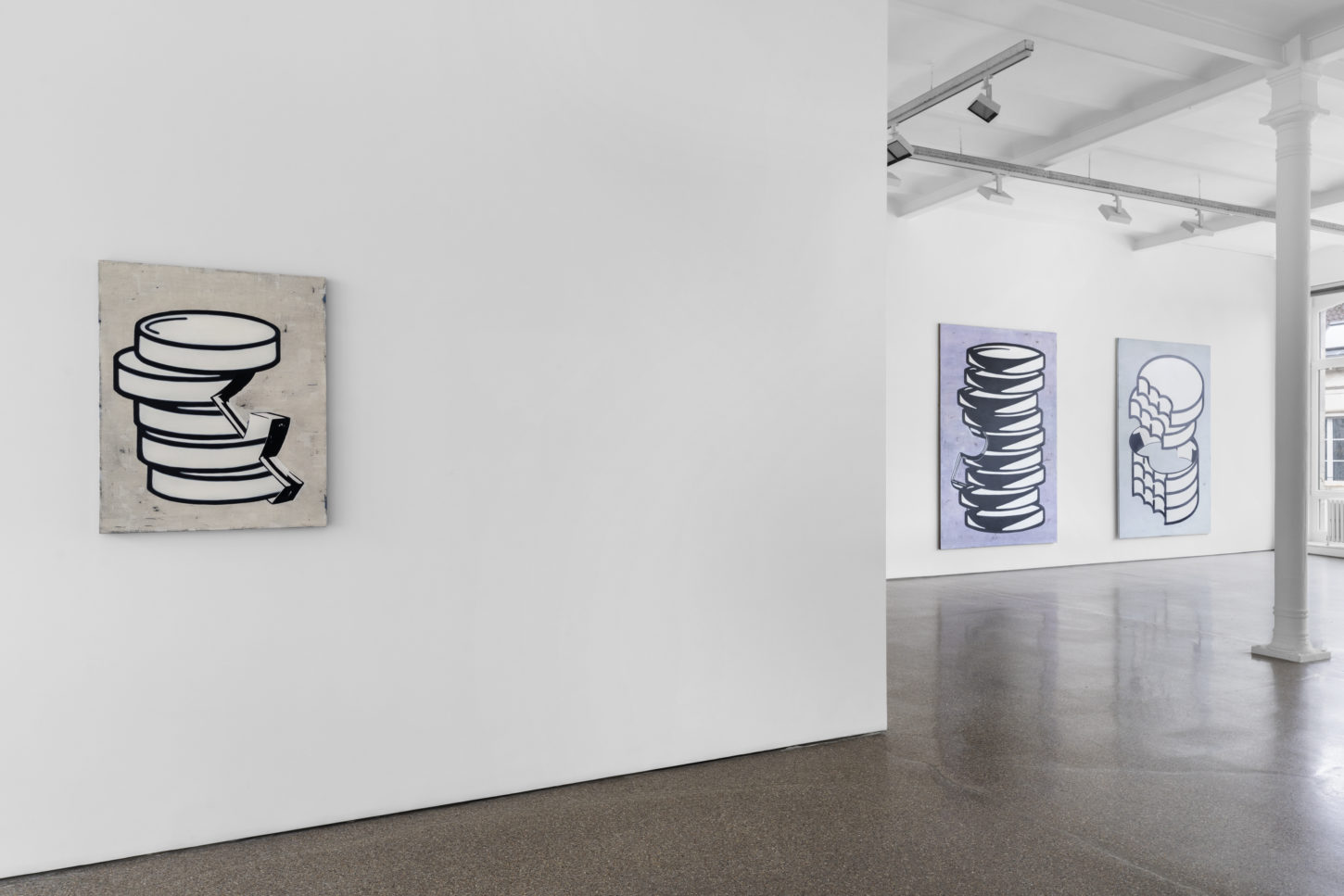 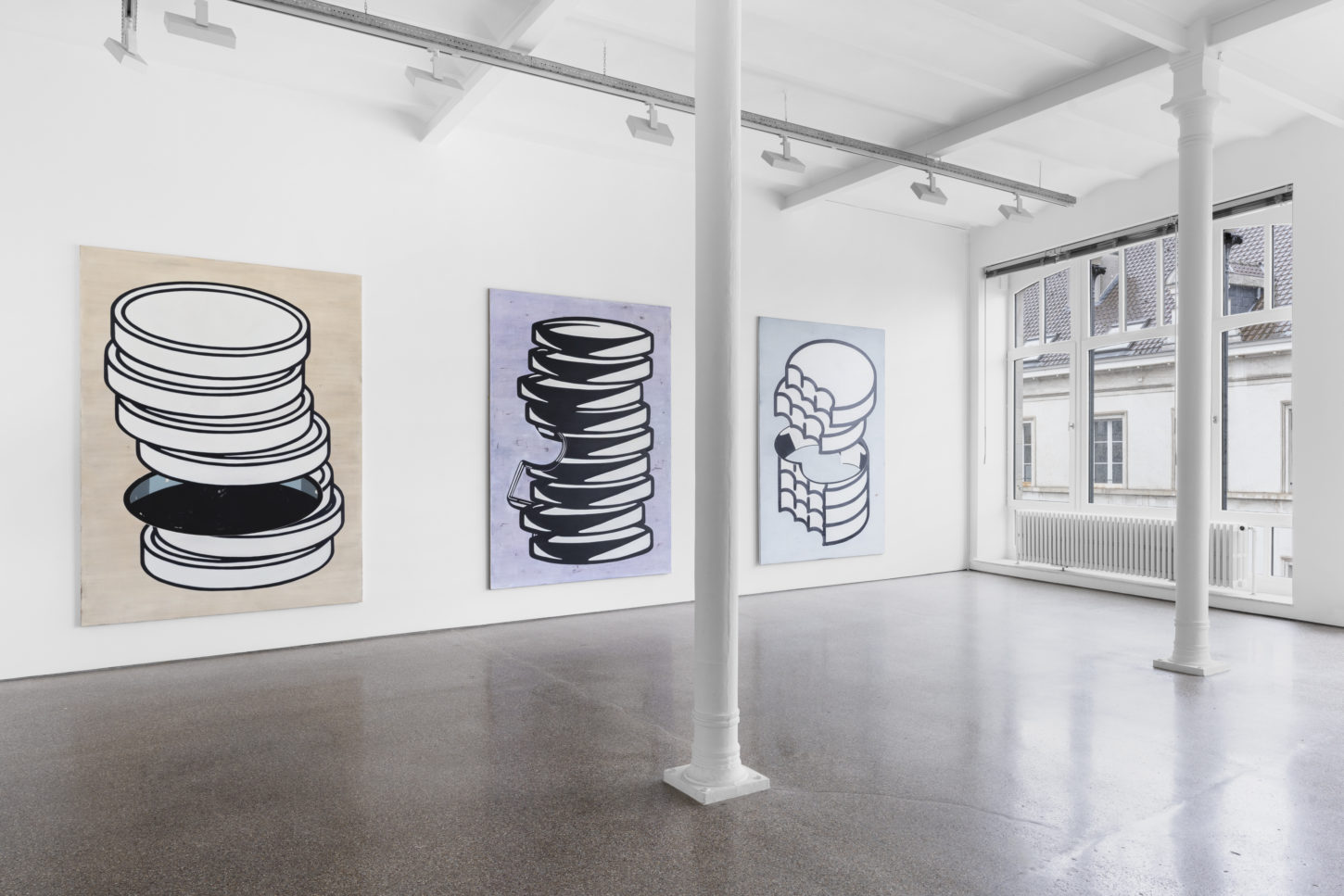 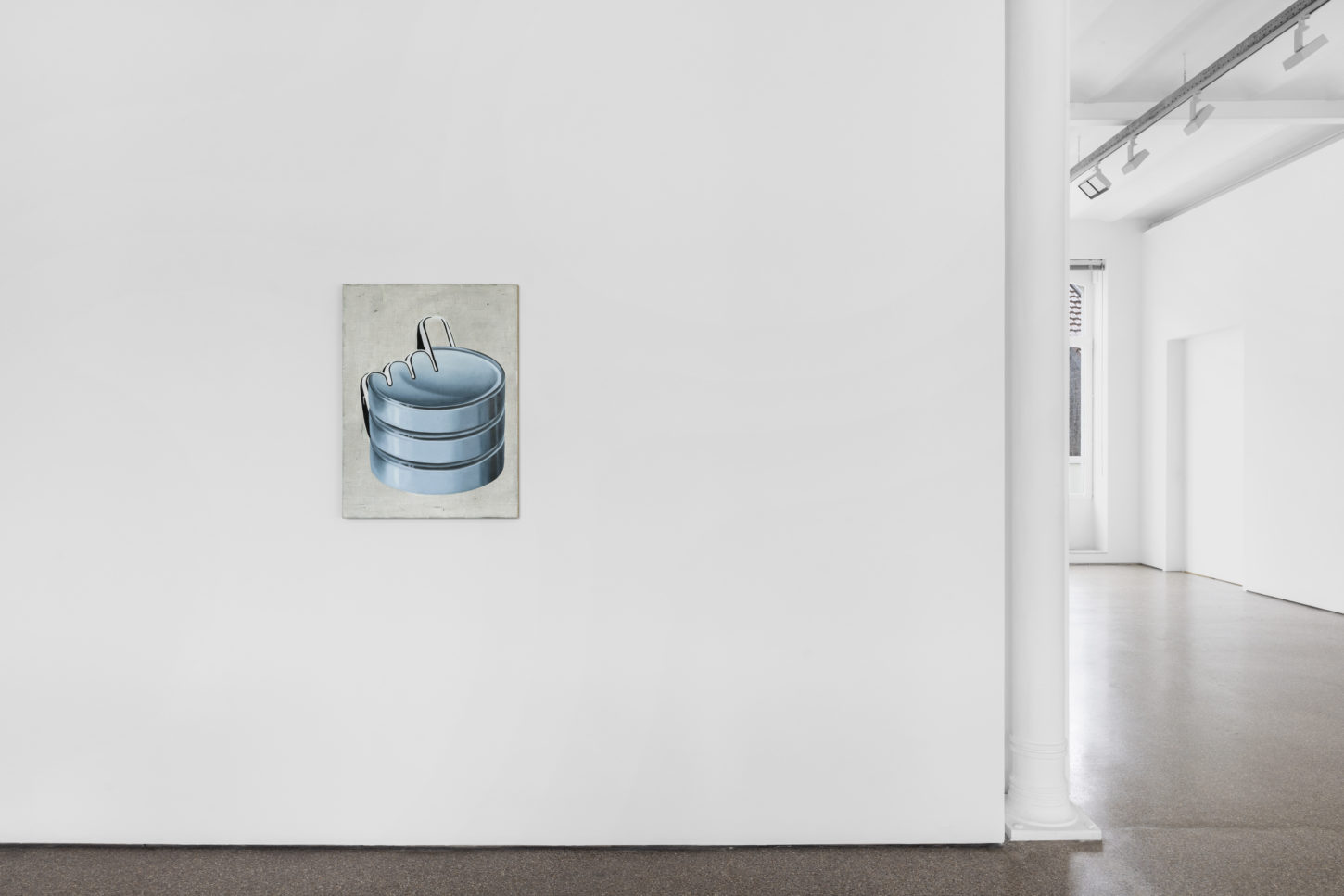 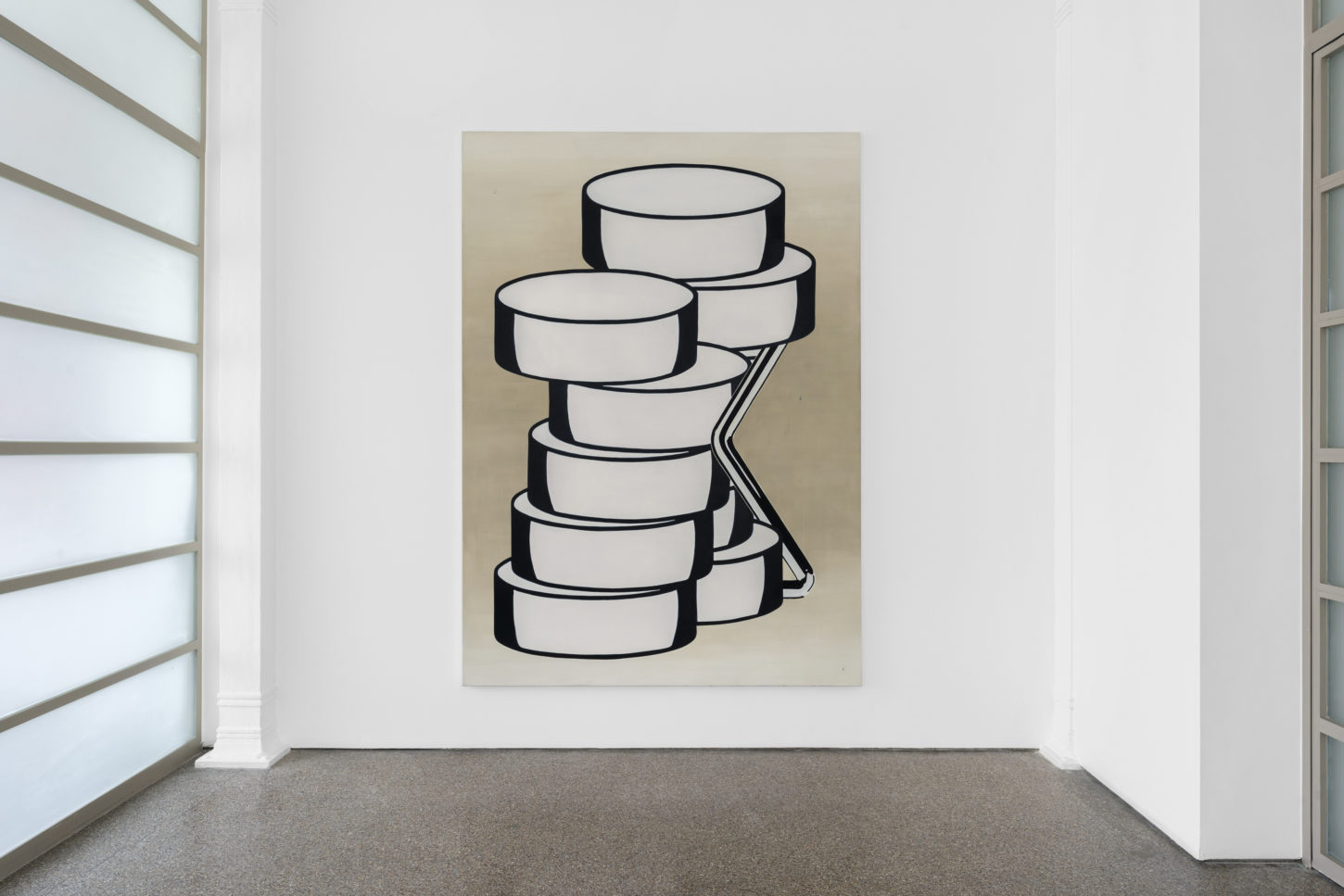 Heads and tails appear and disappear throughout the illusionistic space of Anne Neukamp’s paintings. Pile ou Face, the background becomes the foreground, the signifier escapes the signified, shadows drop before our eyes. In her pictorial approach to semantics, Anne Neukamp composes with the idiomatic motifs, logos, pictograms, and mascots that populate our informational subconscious. Deceptively, she juxtaposes layers, merges them, and makes them transparent or opaque. Permeated by the materiality of painting and stripped of their functionality, signs and images designed for everyday efficiency take on sculptural proportions.

The piles of coins and tokens in her recent series of large-scale paintings appear tangible yet they remain out of reach — money without wealth, currencies without nations, accounts without passwords. In these numismatic abstractions, which occasionally morph to resemble half-eaten biscuits, Neukamp summons the liquidity of money to construct shape-shifting edifices. Similarly, in a series of works on paper, the grid-structure of a calendar becomes the site of painterly occurrences that suggest the scattered rhythm of daily life punctuated by bills and shopping lists.

By layering oil, acrylic, and tempera, the artist plays with the spatial properties of her materials. In her paintings, gestures and renderings are as entangled as the fragments of reality they depict, conceal or surround. Guided by a pictorial logic of montage, Neukamp’s repertoire extends beyond the realm of painting; it encompasses graphic design, typography and the technical image in its various forms. Her paintings exist in-between screen space and physical space; they blur the boundary between software and hardware.