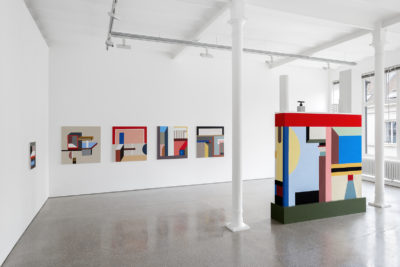 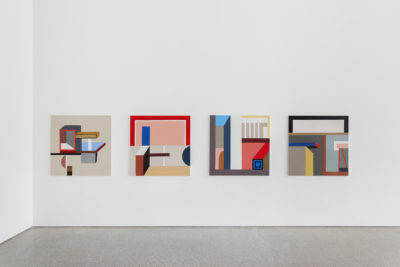 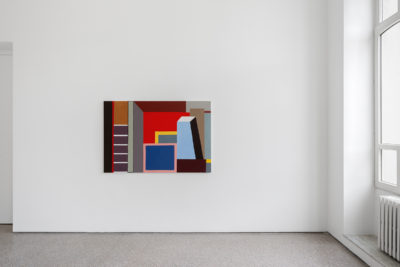 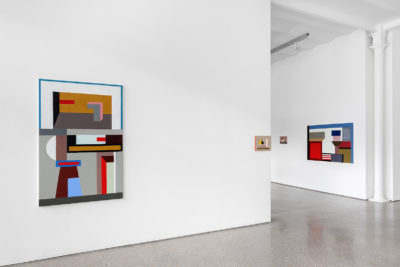 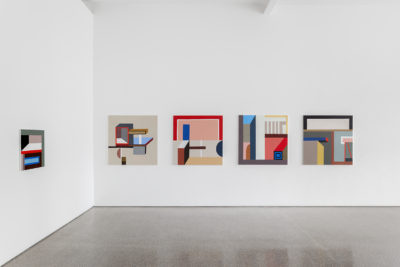 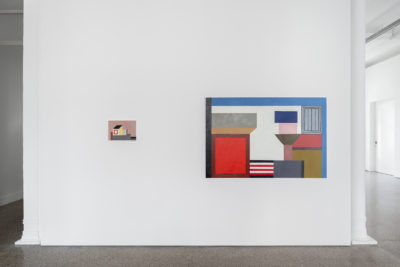 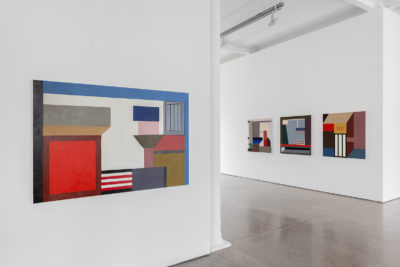 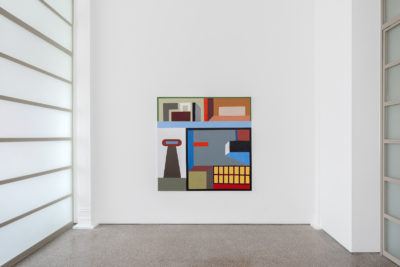 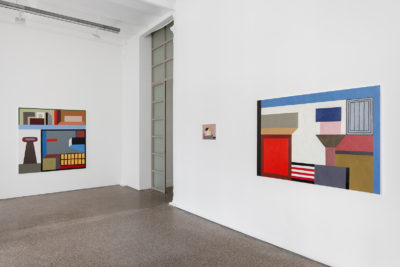 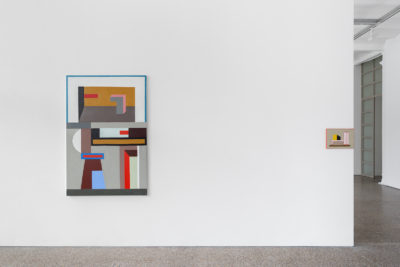 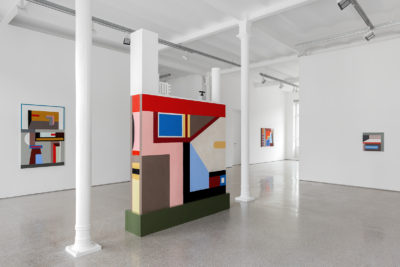 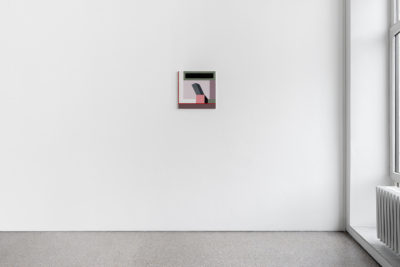 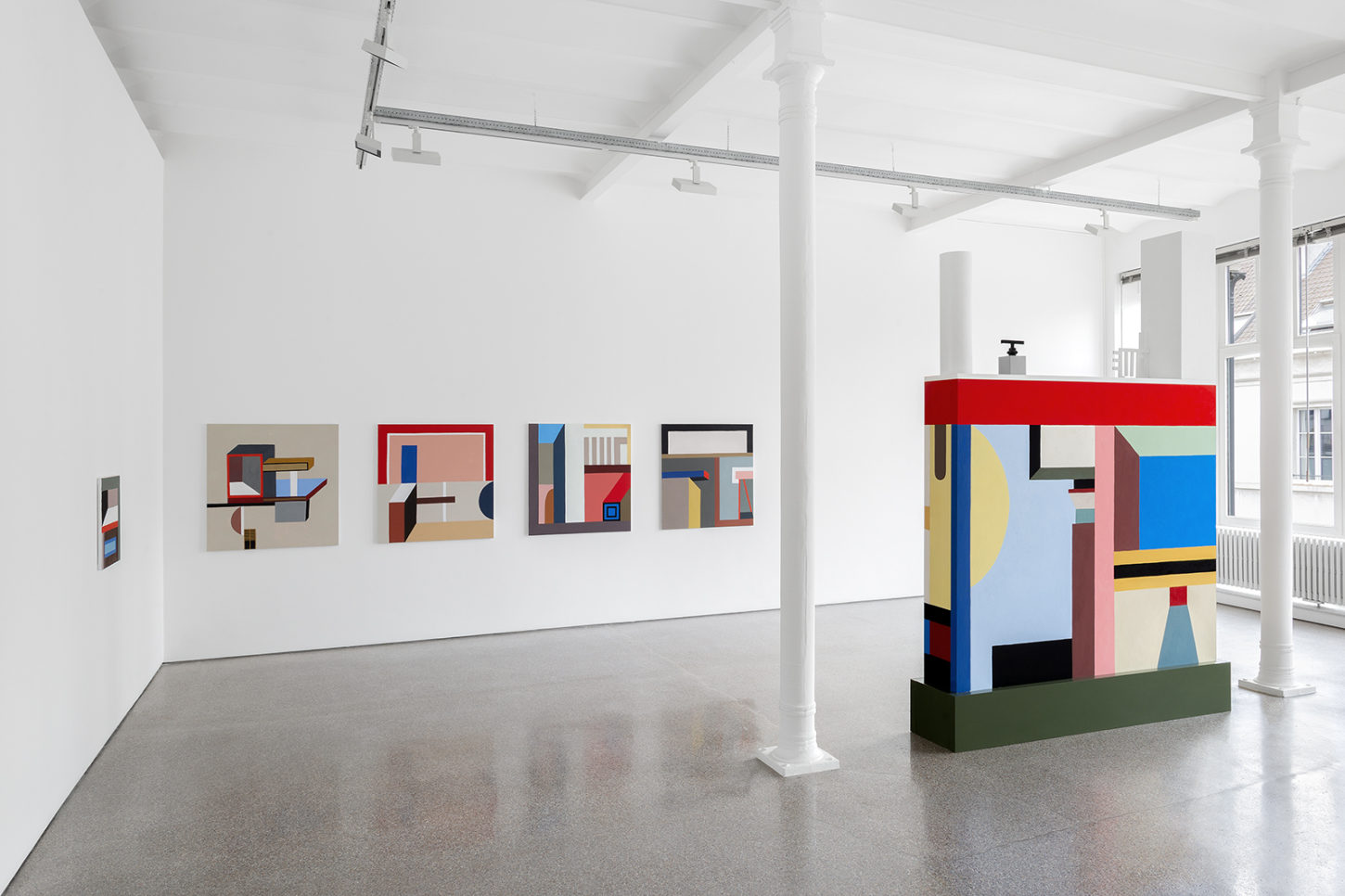 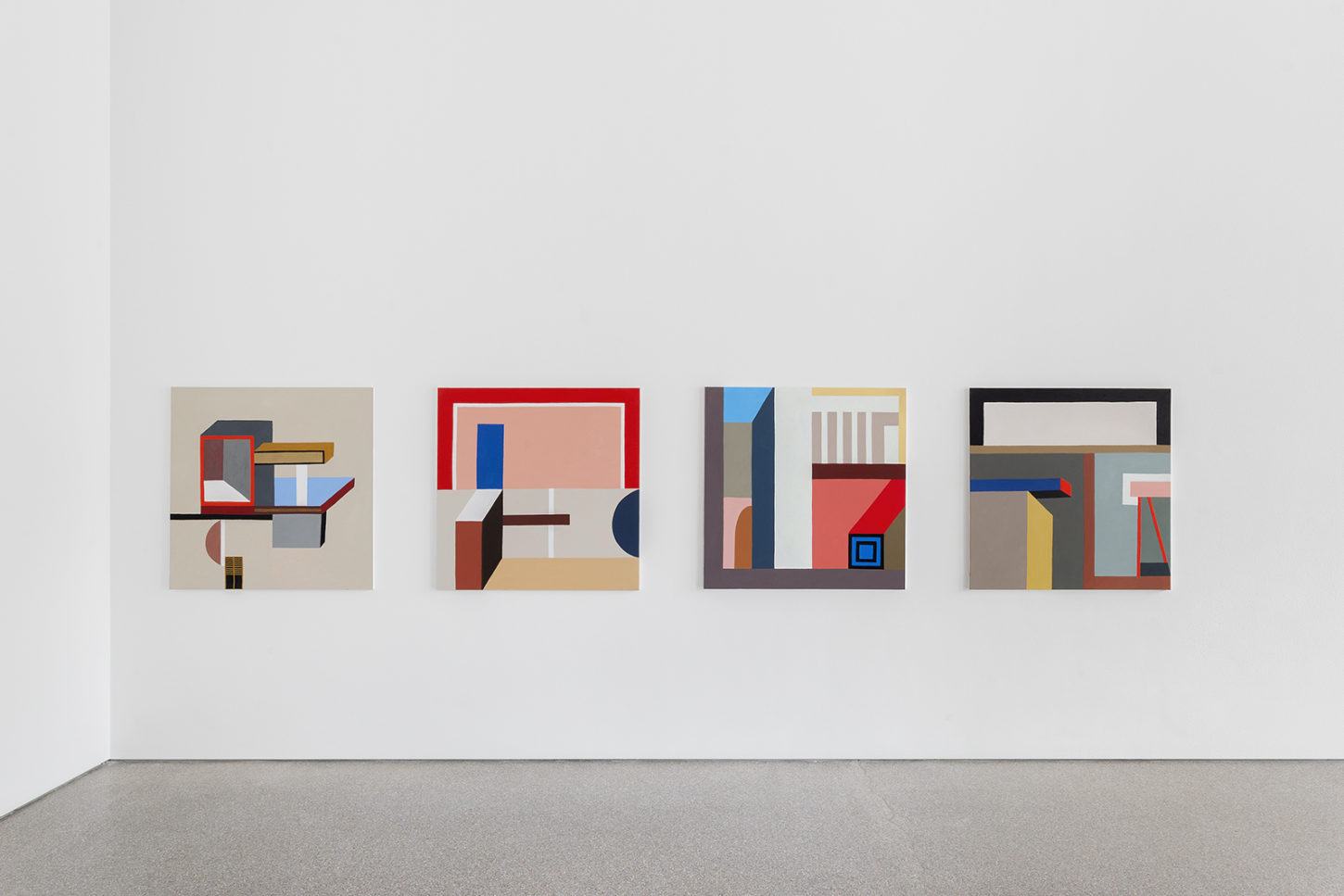 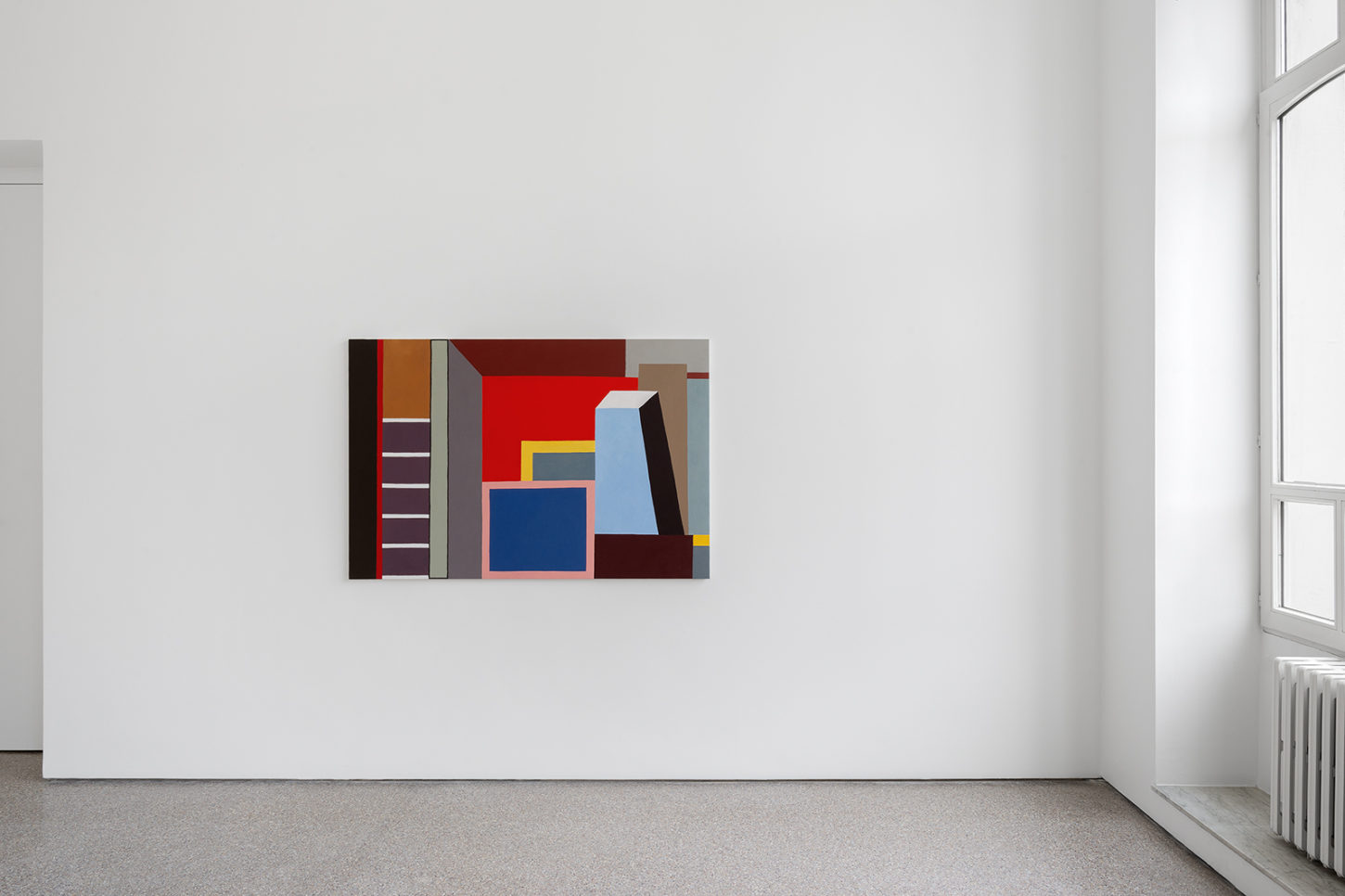 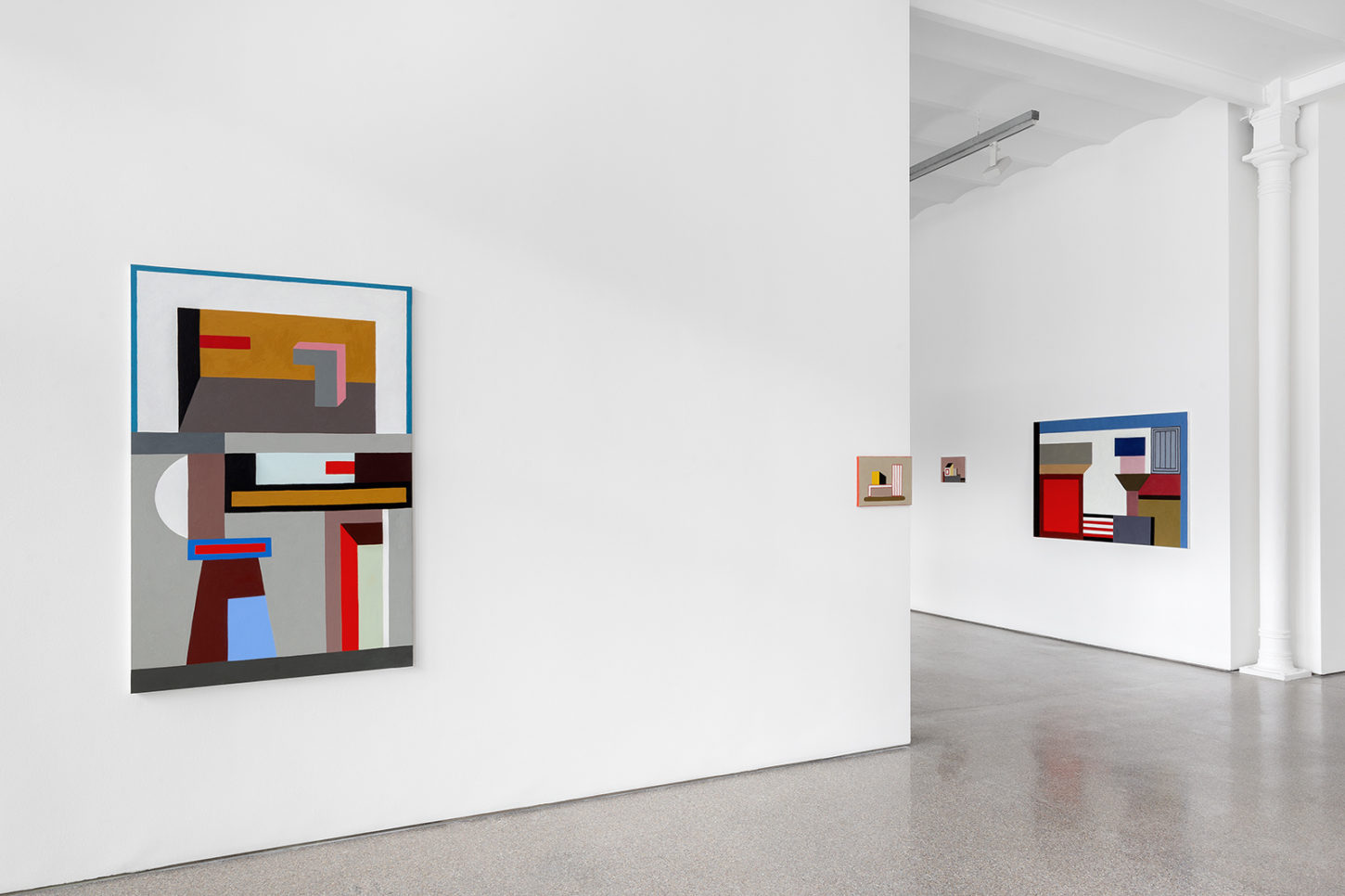 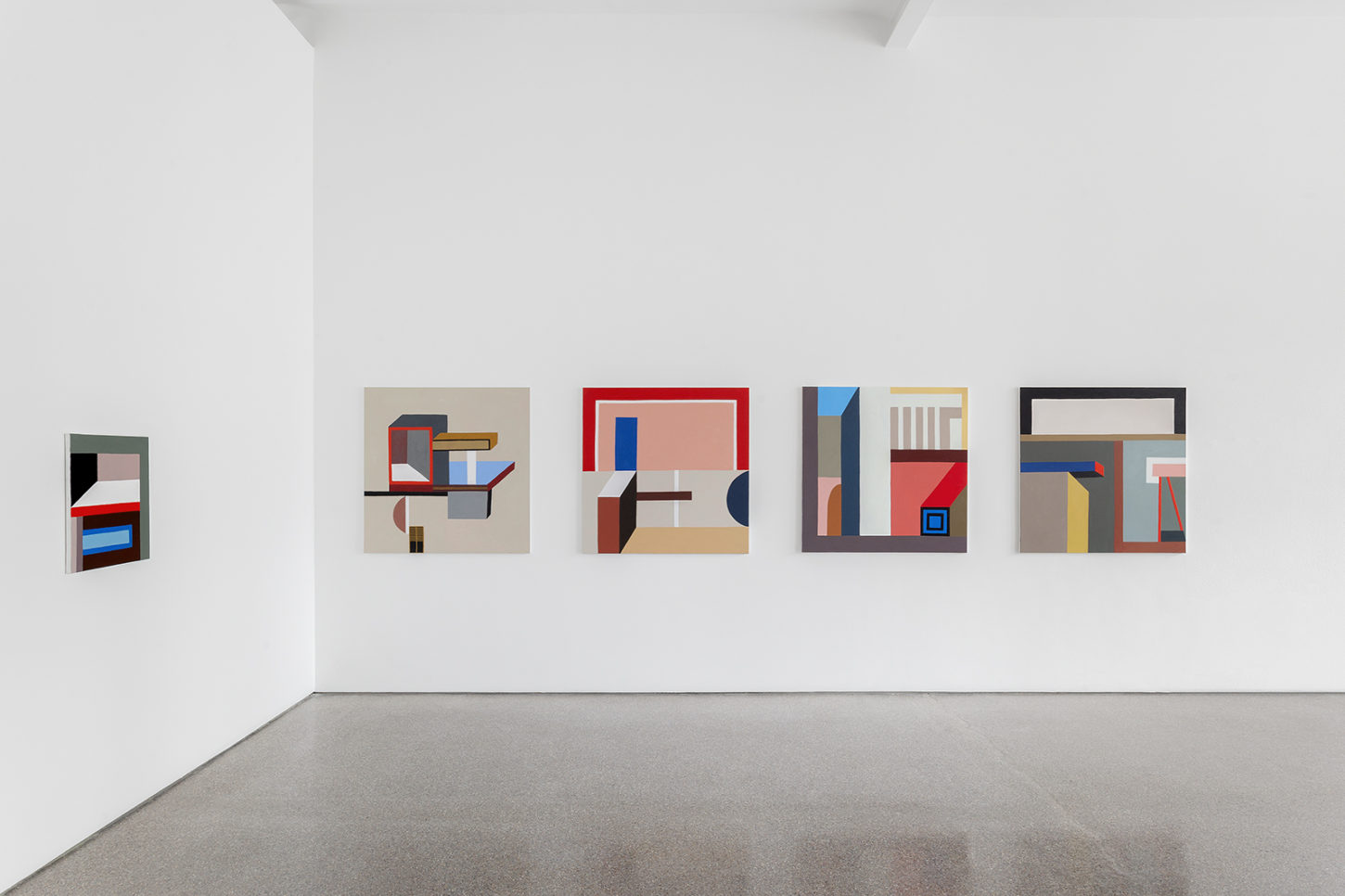 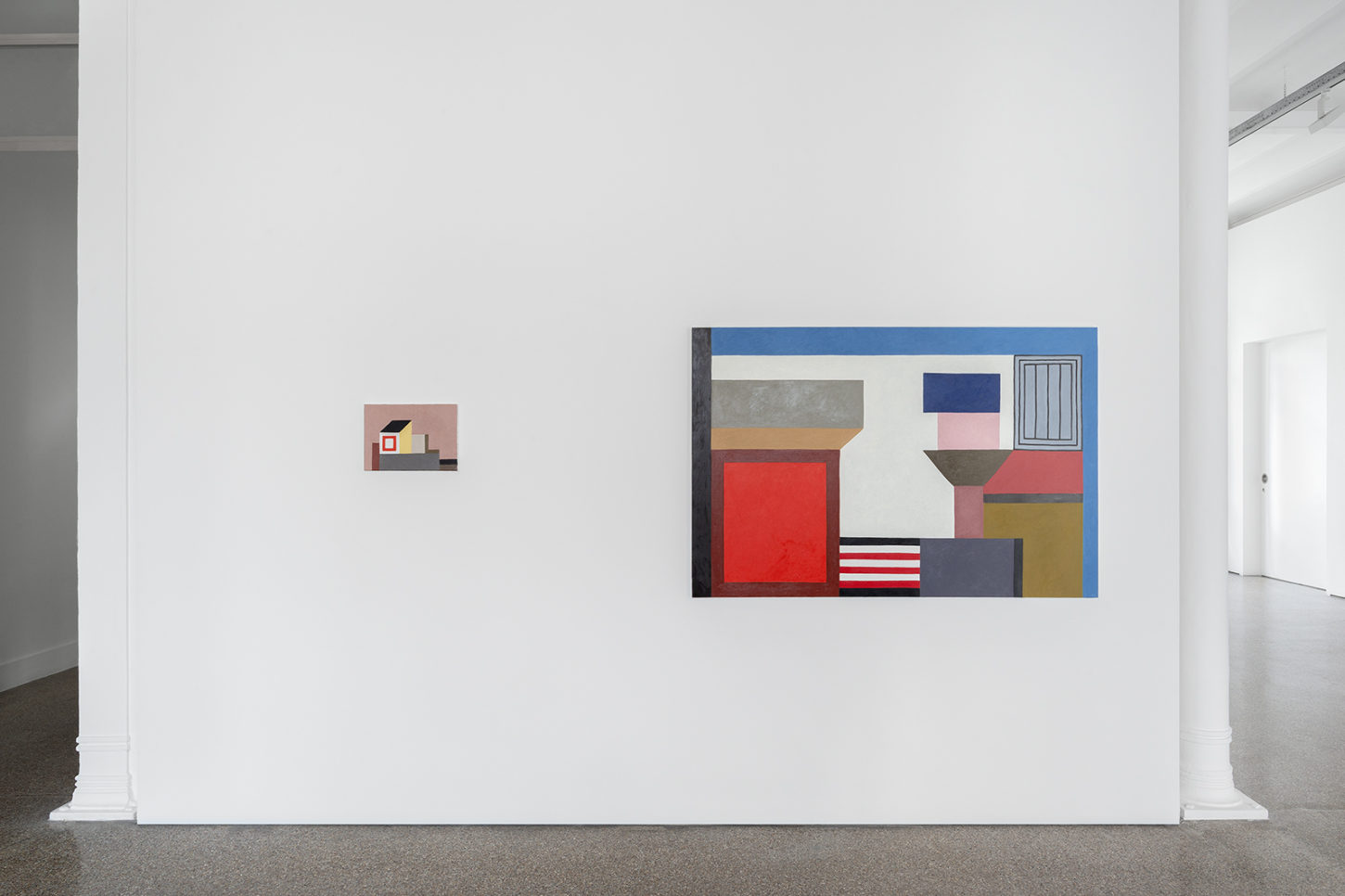 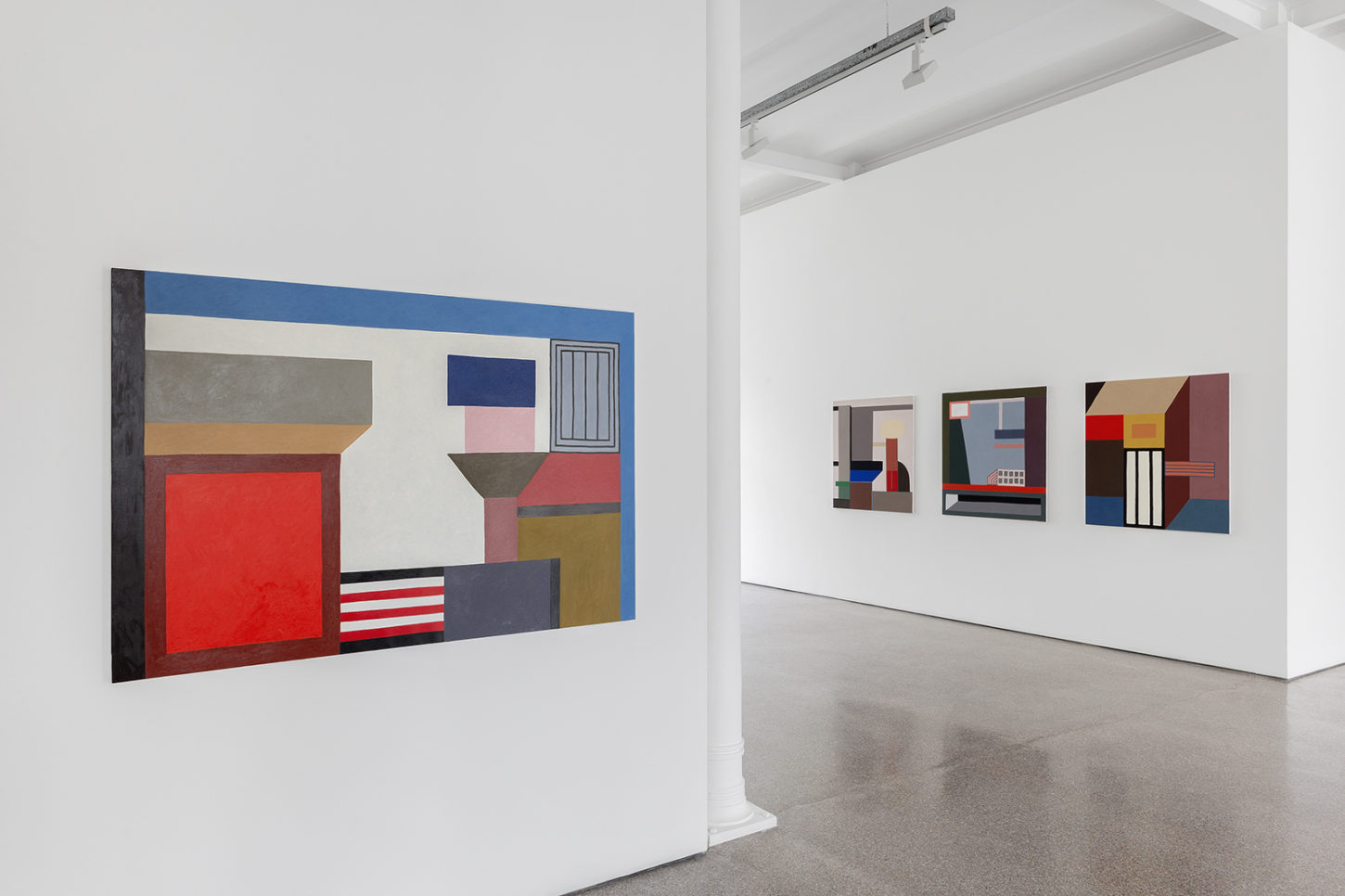 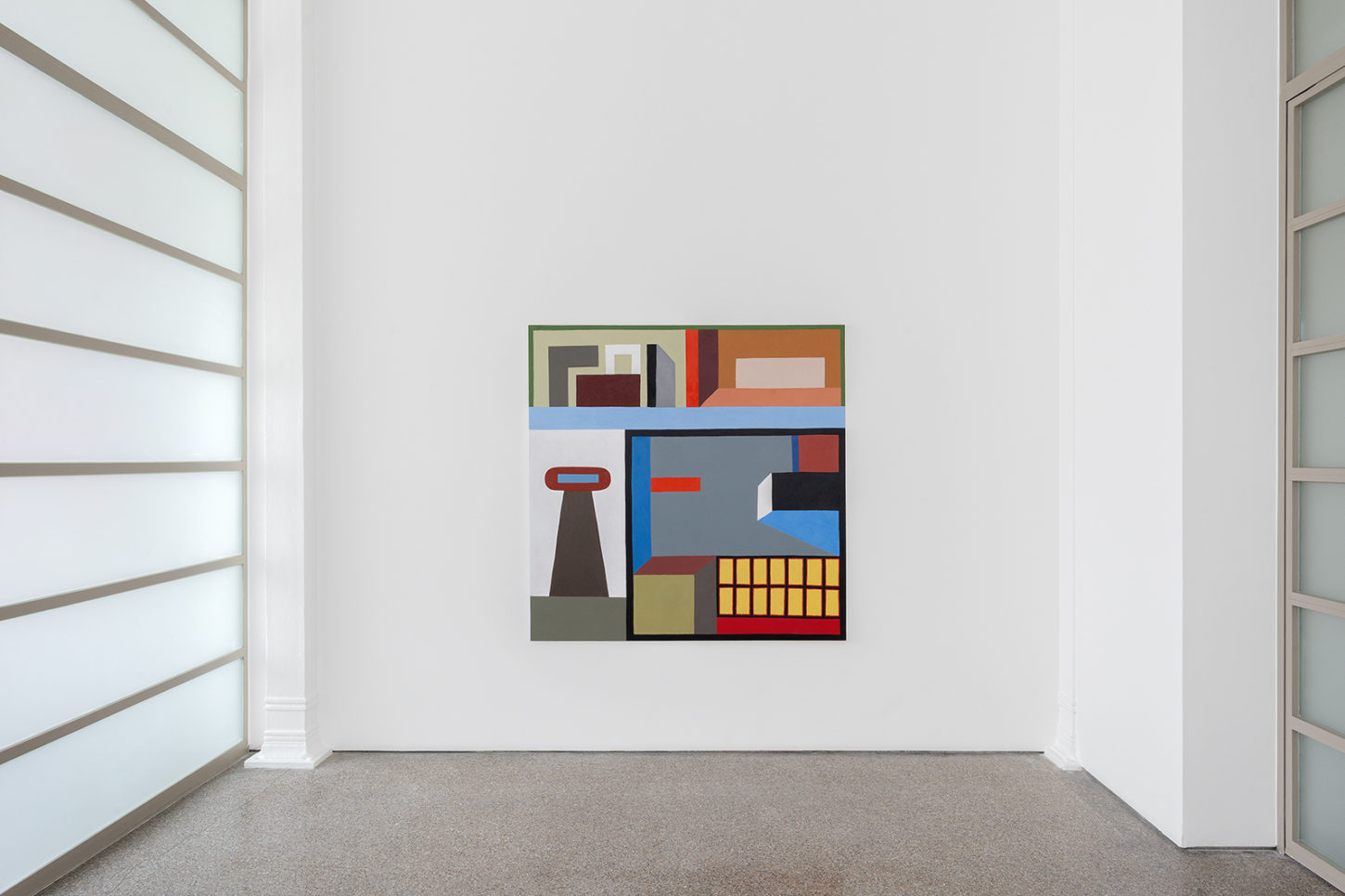 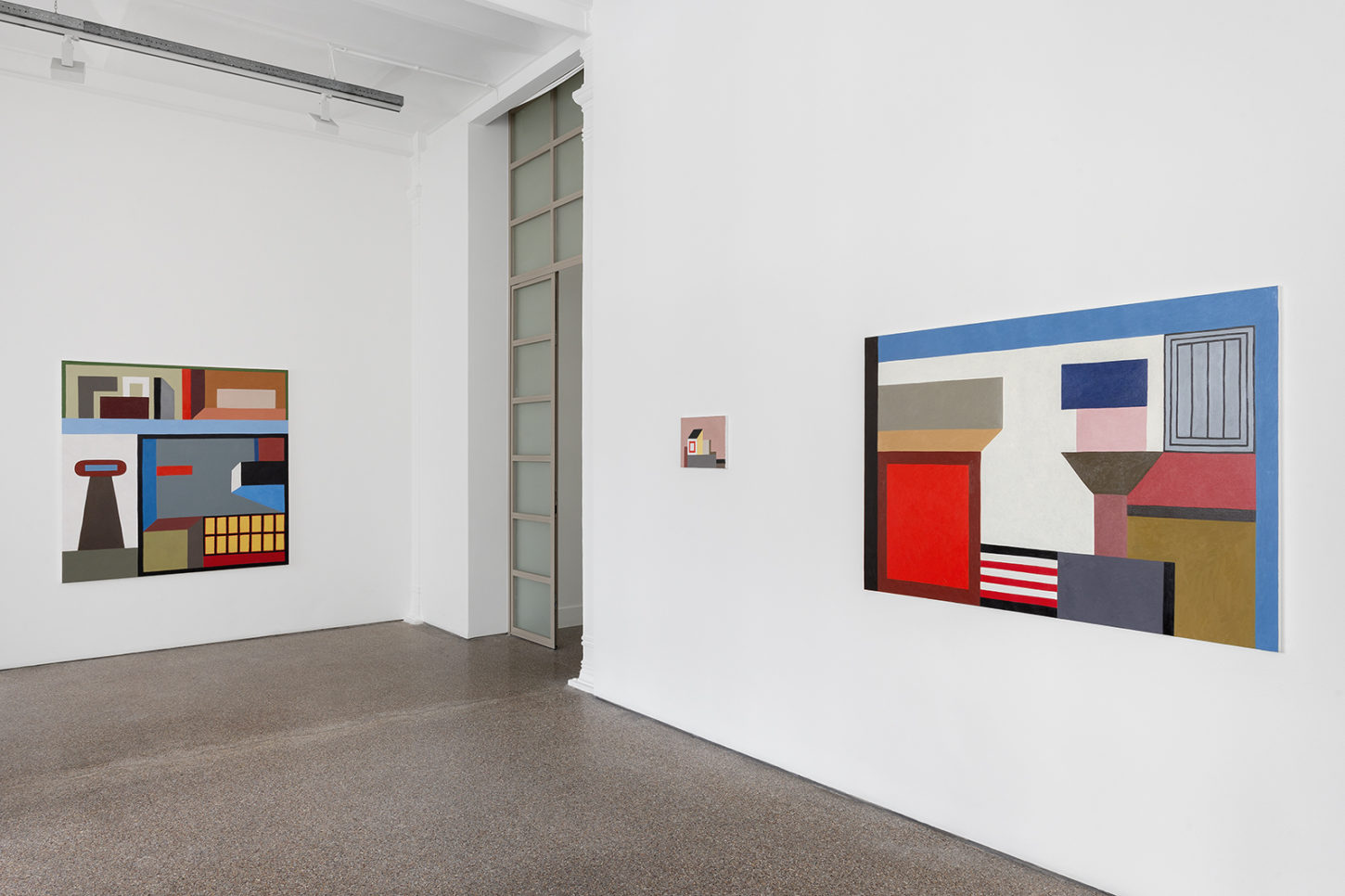 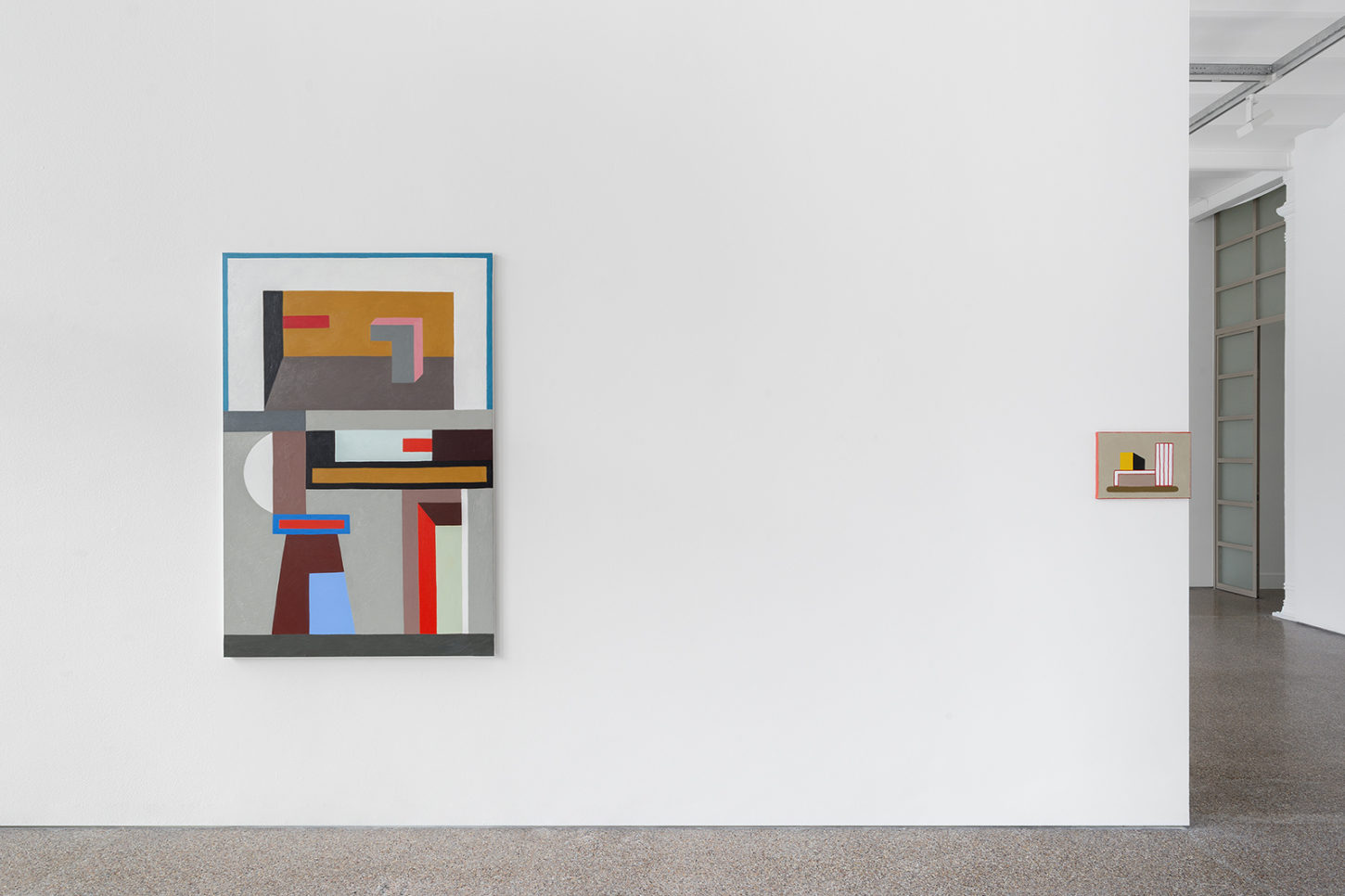 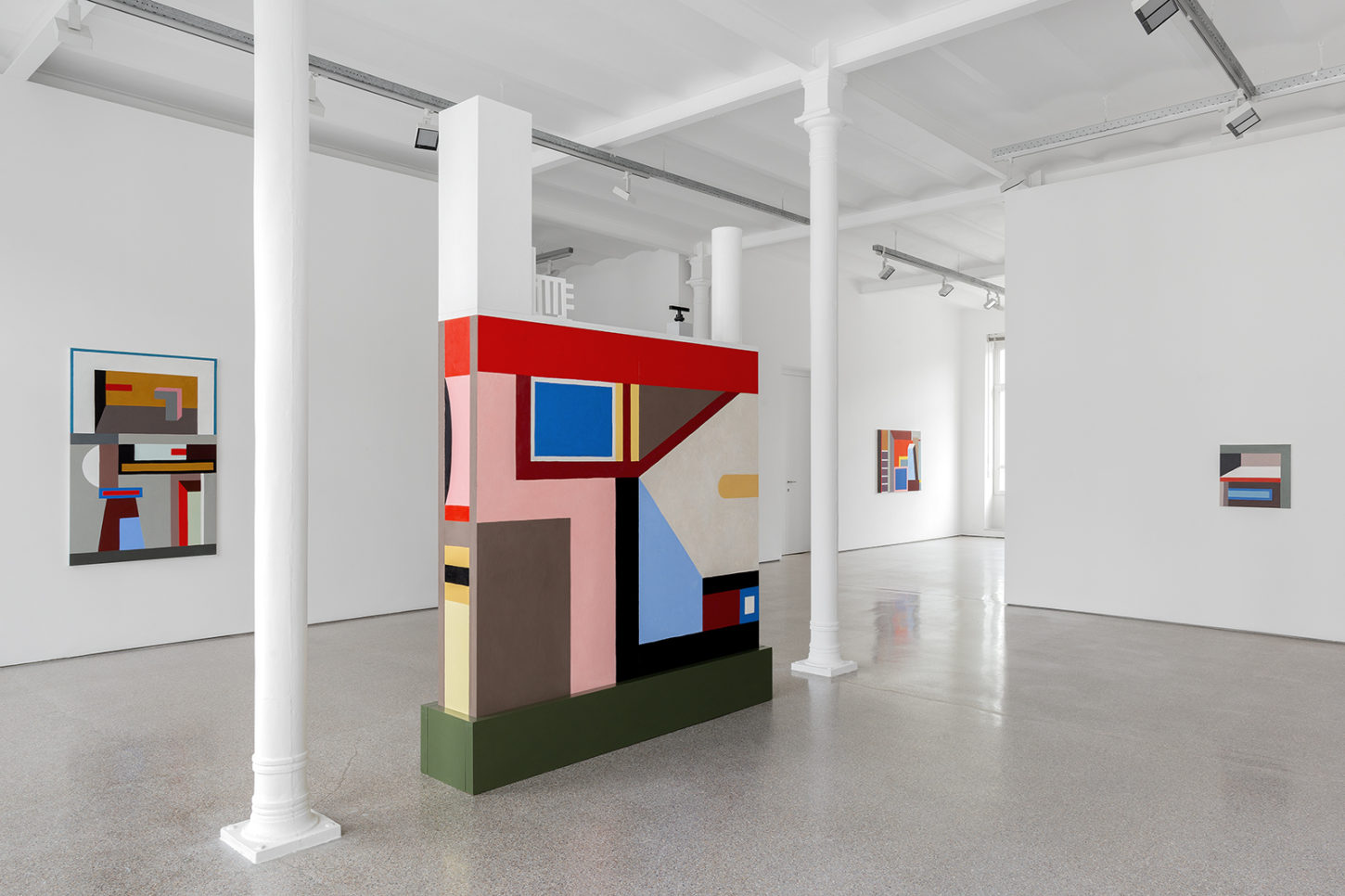 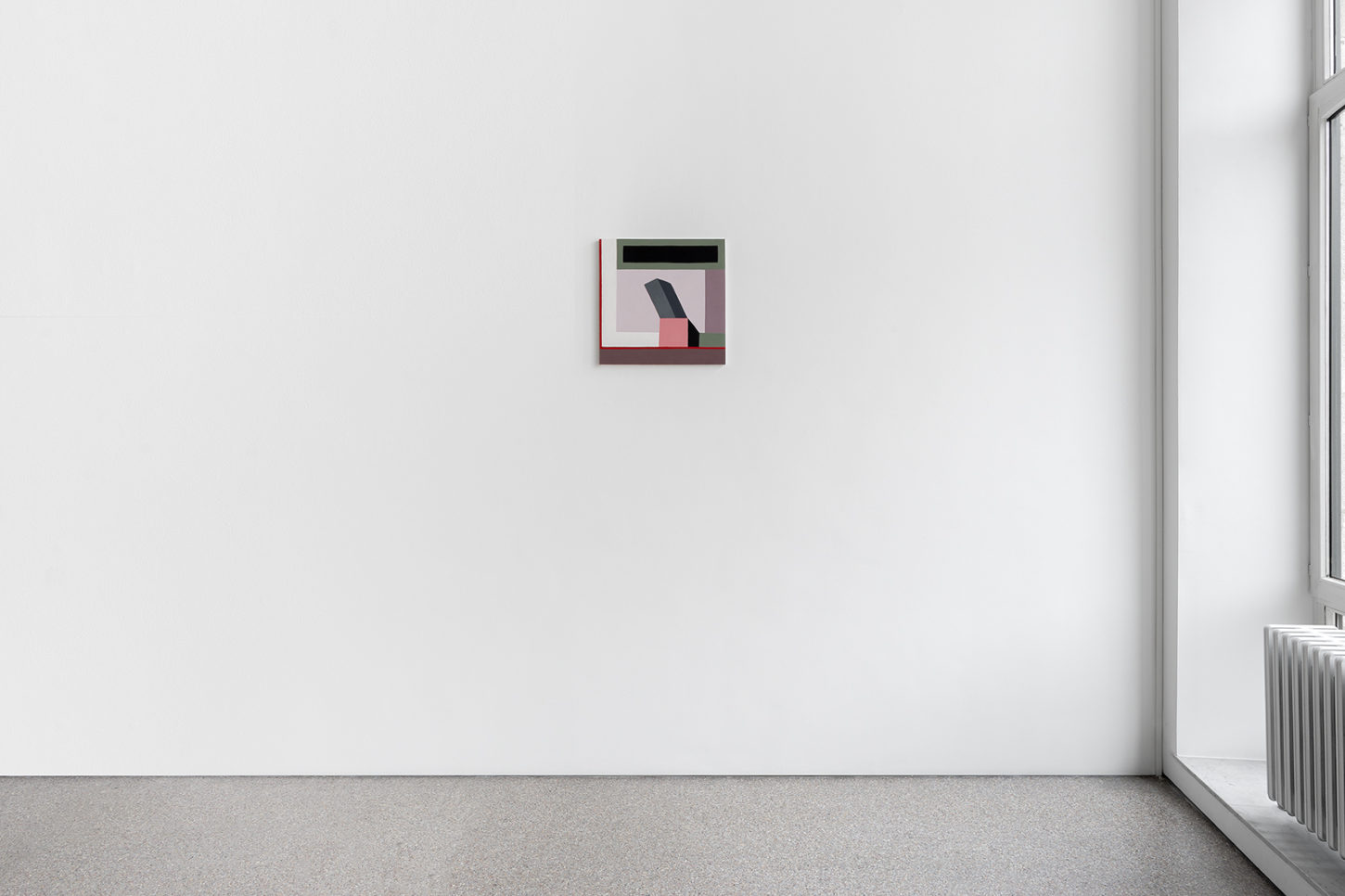 Galerie Greta Meert is pleased to present its first exhibition with Nathalie Du Pasquier. Known as one of the founding members of Memphis, the celebrated 1980s Italian postmodern design group, Du Pasquier first worked as a designer of textiles, furniture and objects. Since 1986, she has been dedicating herself to painting. Du Pasquier’s attitude towards painting is perhaps most striking for the sheer joy in looking that her work proffers. A singular pleasure for the appearance of things is certainly notable in the playful compositions of daily objects that characterise her earlier still lifes.
This attention to the relationship between objects and spaces is simultaneously at play within her treatment of pictorial space, and in her consideration of paintings as objects occupying physical space. The latter consideration is also indicative of the porosity and multiplicity that transpires throughout her work. By fluidly allowing her paintings and drawings to move from the canvas onto fabric and clothing, or from the canvas to the wall, she expands the field of painting towards the openness of daily life. In doing so, the sense of adjacency she creates is no stranger to the way Memphis patterns were conceived to cover any surfaces and populate objects and furniture. To this day, such a stance remains decidedly postmodern in the way it challenges the notion of autonomy, mixing high and low values while relinquishing the exclusion of the decorative.
At the occasion of the present exhibition, Du Pasquier presents a new body of work where shapes and planes are further abstracted. Colorful constructions and intimate arrangements build-up the space of the canvas like maps for an interior world that seem to oscillate between the Italian influences of De Chirico’s endless arches, and the confines of Morandi’s tabletop. Central to the exhibition is a free-standing wall, the first one of its kind created by the artist. This free-standing structure is at once a kind of blown-up version of the models the artist creates in her studio to paint from turned into a three dimensional painting, and a continuation of her earlier experiments with cabins as viewing environments. In blurring the line between the model, the depiction, the painting as an object, and its place within space and architecture, Du Pasquier continues to develop the complex and witty language that distinguishes her approach.