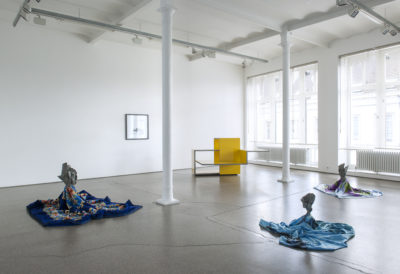 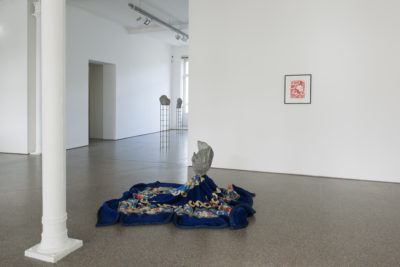 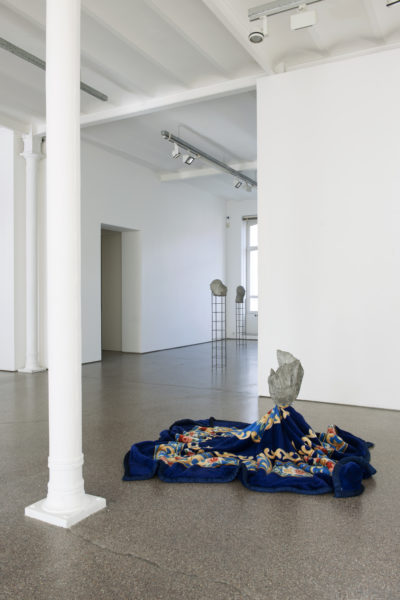 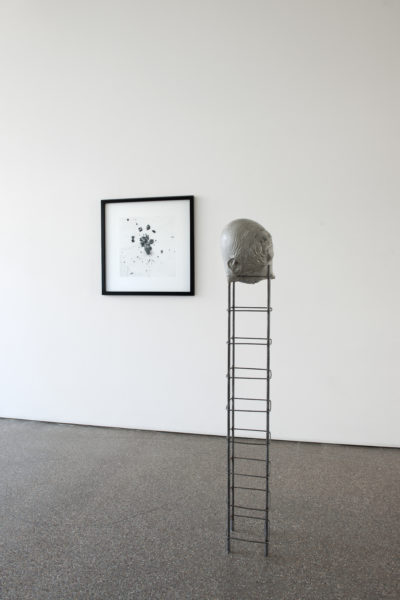 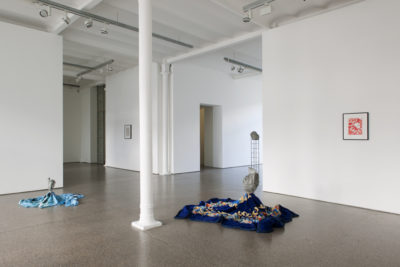 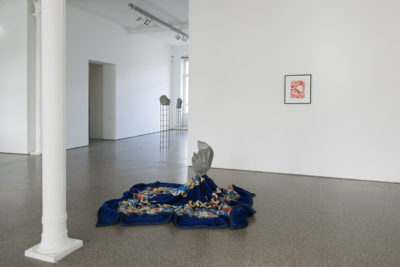 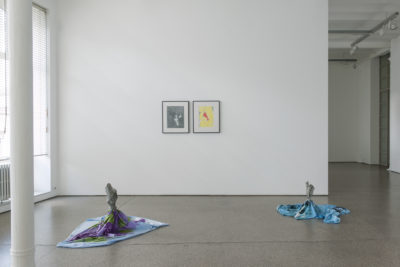 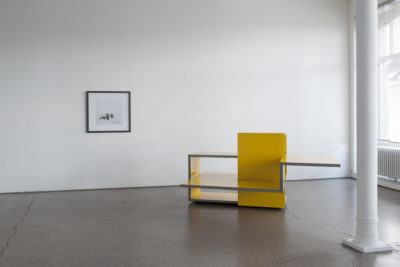 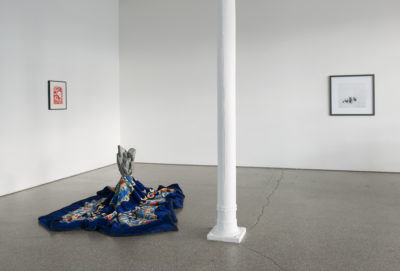 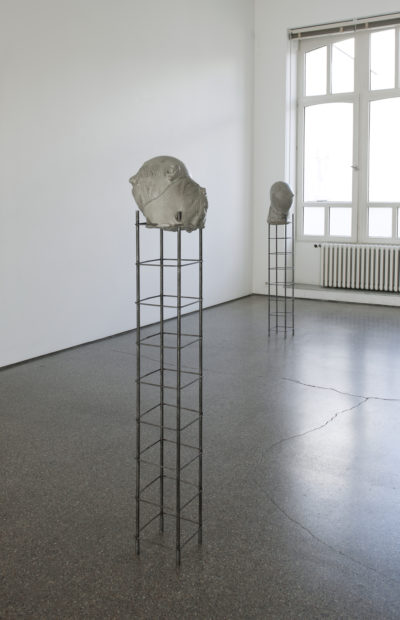 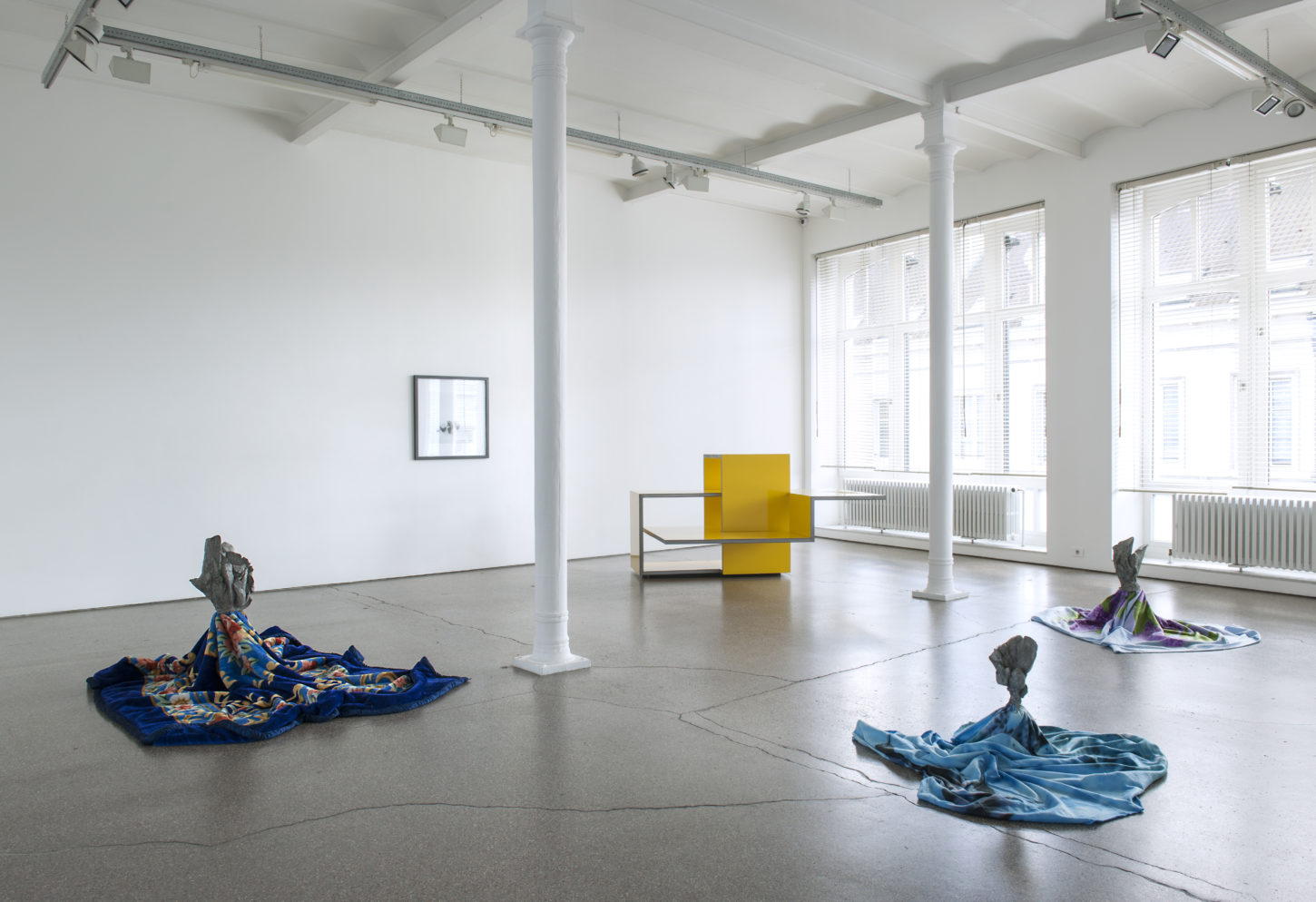 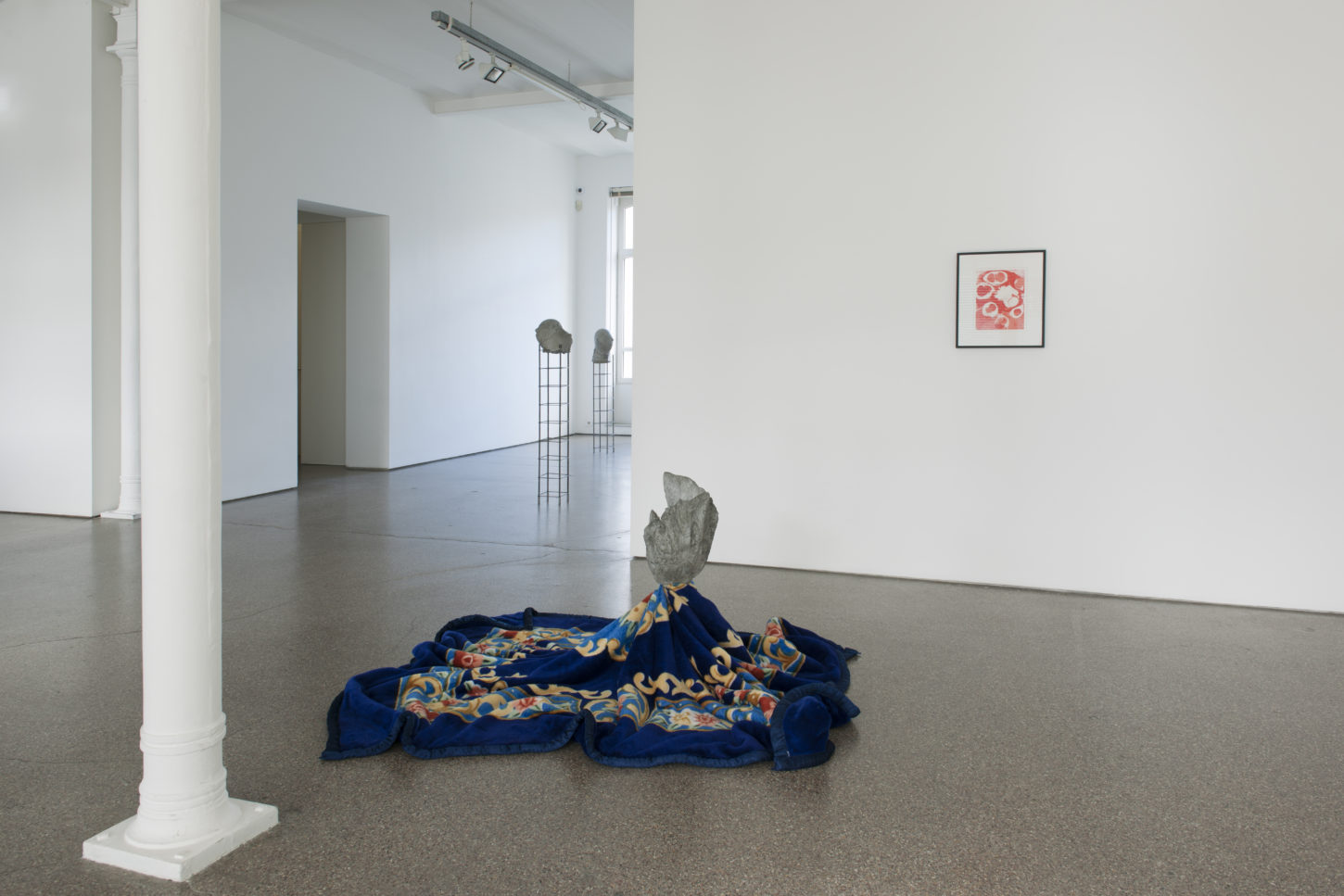 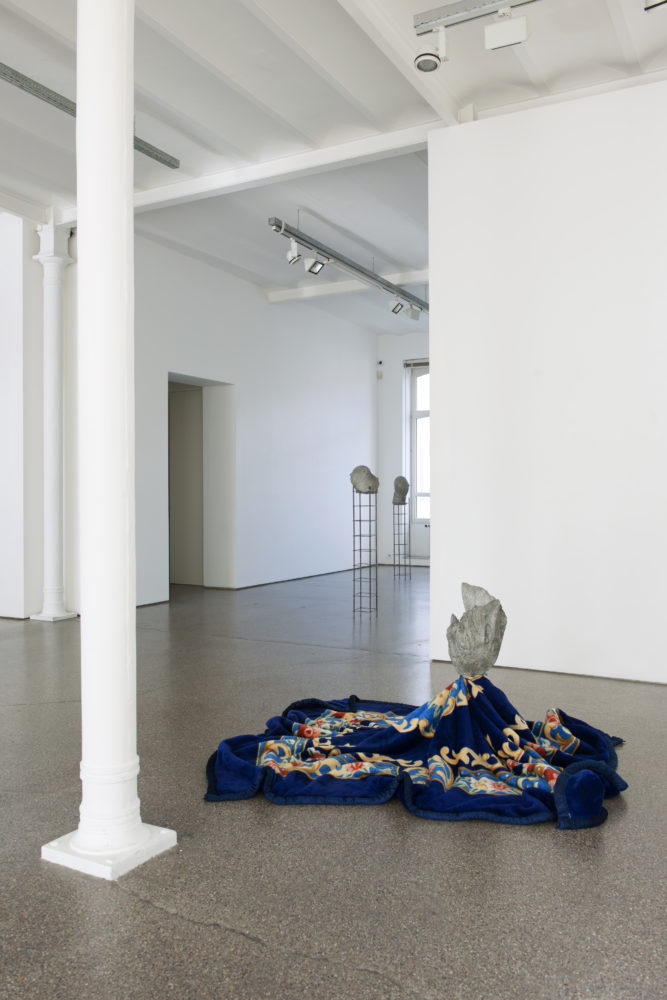 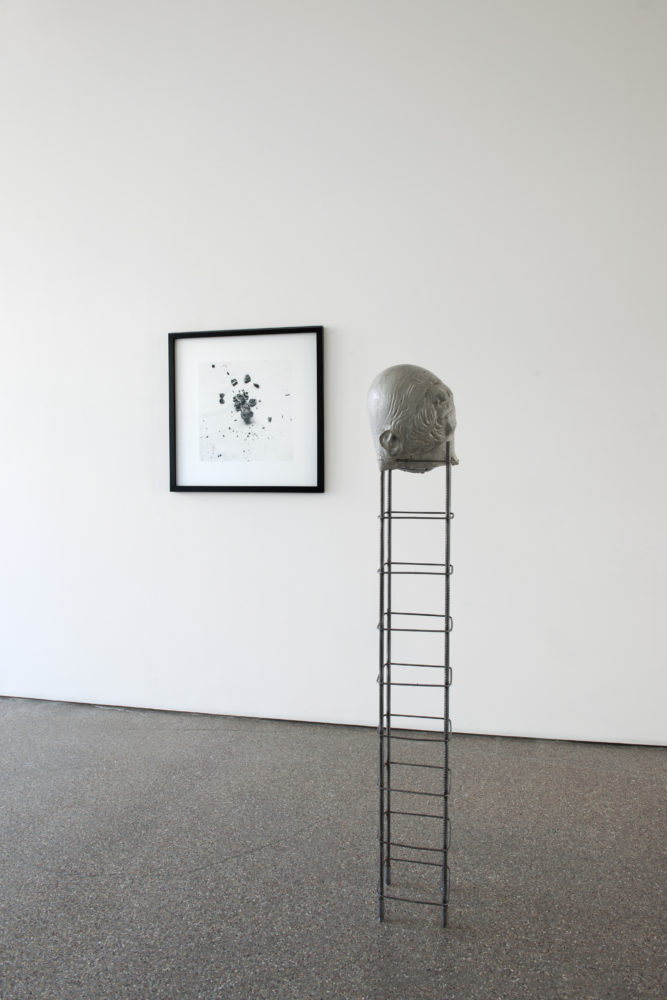 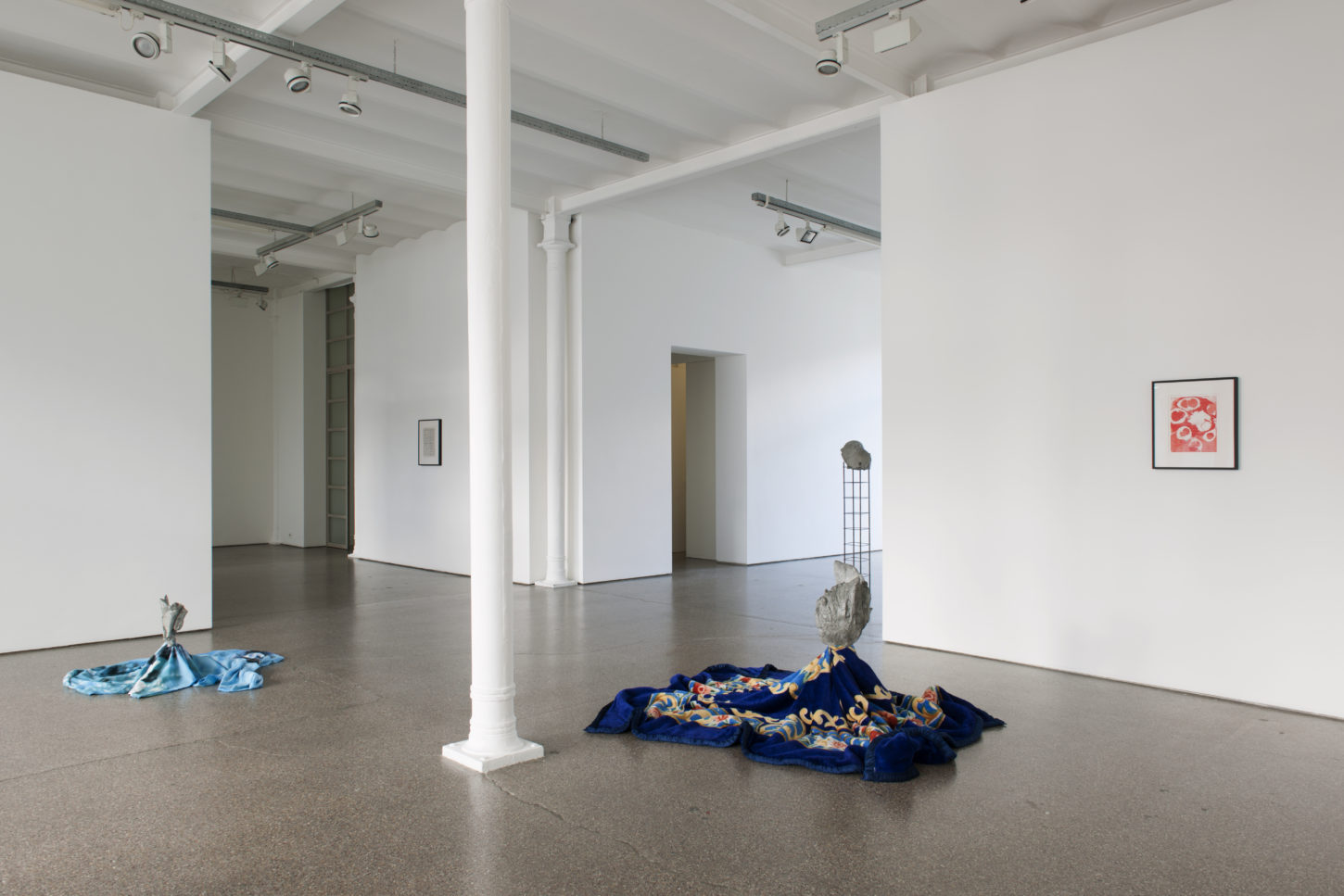 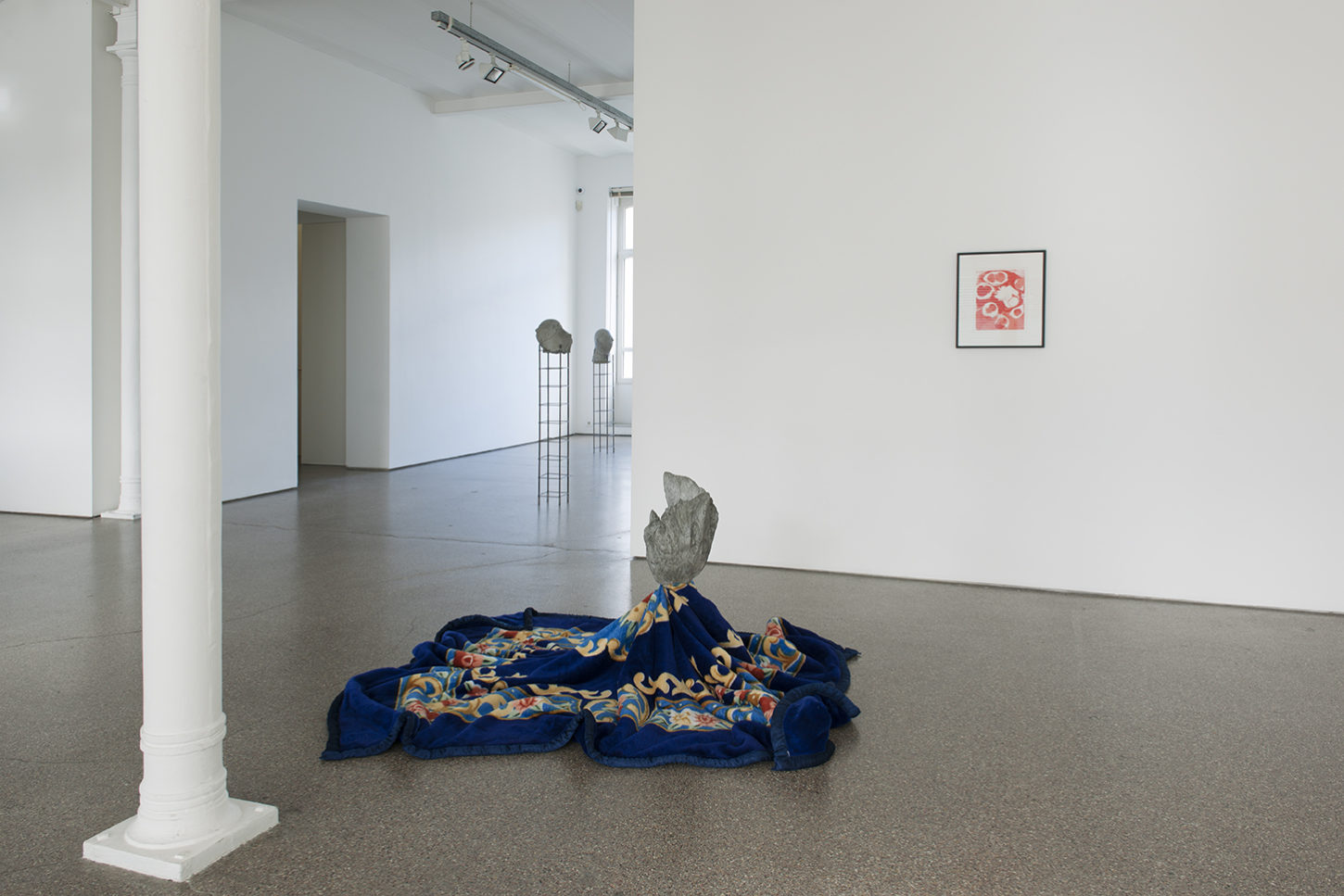 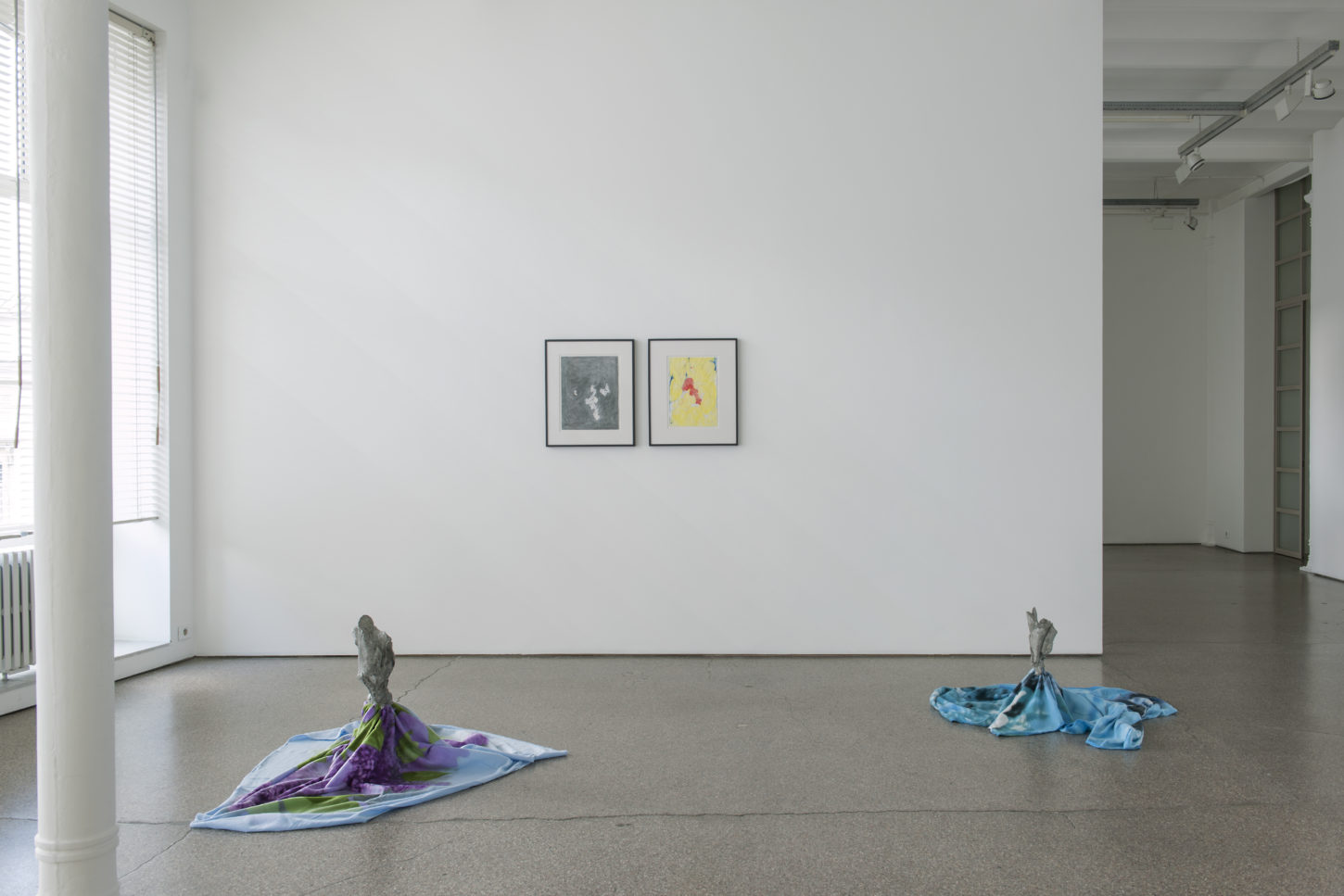 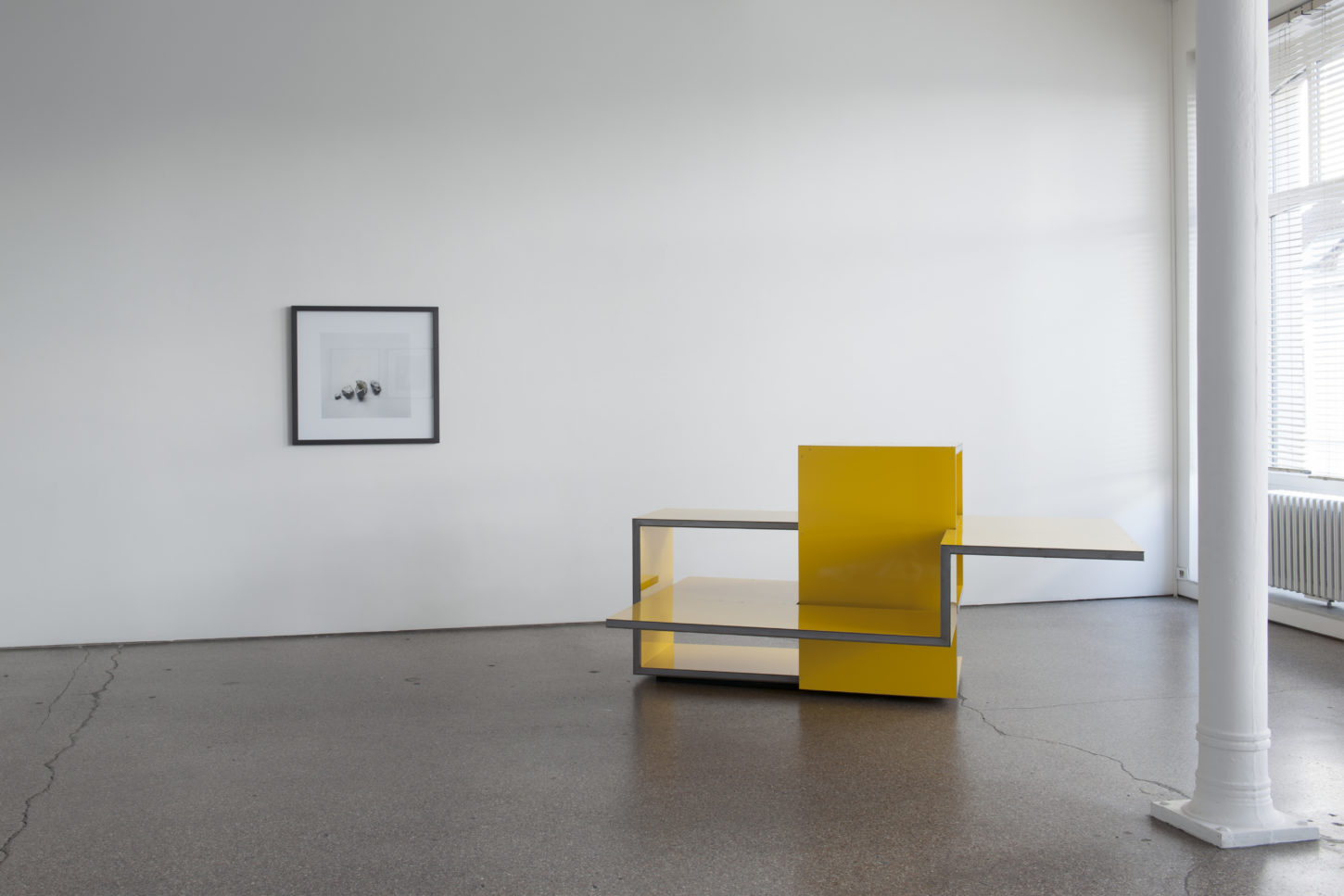 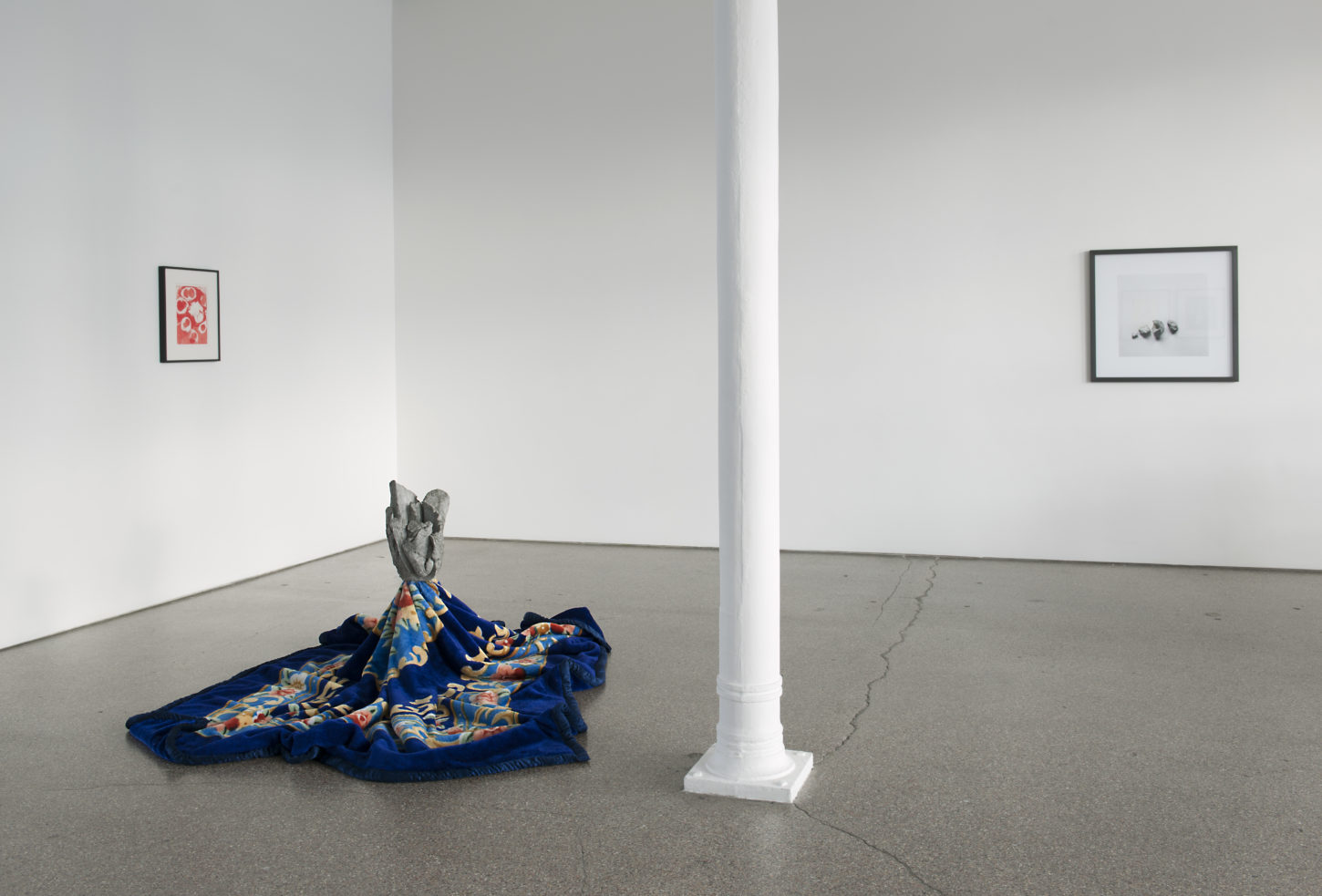 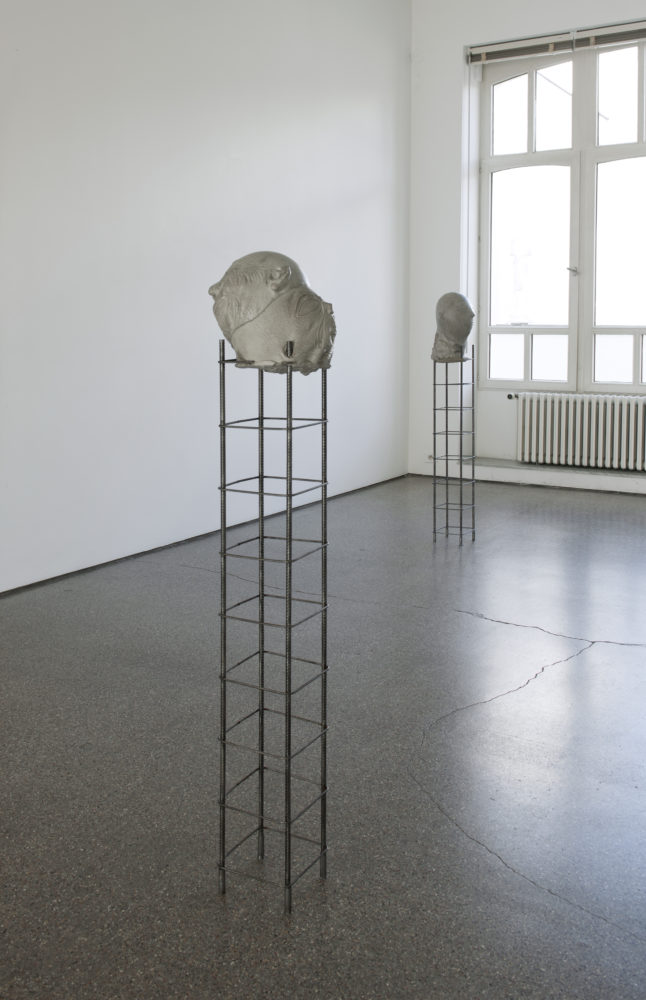 Jean-Luc Moulène’s oeuvre has developed along two major axes : photography and sculpture. His photographic work situates itself between the political pamphlet, the classic art genres,  the social portrait, and the medium image. His sculptural pieces are more abstract, nearly mathematical-physical and philosophical models. The dichotomy in his work has often been described as a double edged knife. Though stylistically often quite different, the artistic artistic Leitmotifs are related: they illuminate social or natural phenomena through the codifications of the medium.
Three static sculptures, ‘masques’, fill the space. A plinth in reinforcing steel carries a concrete sculpture. From a position anchored in the carrier structure, the concrete mass slowly reveals itself as a cast of a mask. Their rhetoric, the ‘human comedy’, bestows an ambiguity on the presence of the masks in an art space.
The solid structure of these works contrasts sharply with the sculptures that are placed on the floor. Wrapped in a blanket each of these casts of animal organs radiates a certain vulnerability and security. A blanket, a nest, as it were, provides a mental image that has a disarming effect on the cynicism of the ‘masques’.
The dichotomy between an artificial and a natural tone is disrupted by a third sculpture of a more autonomous, abstract-geometrical nature. The formal versatility of these three sculptural groups is characteristic of Moulène’s work, which is devoid of any specific aesthetic marks. The production relationship that is particular to each creation, either object or sculpture, is more important to the structure of meaning. Through the production process, artisanal or industrial, a social and political reality often becomes apparent.
In the video film ‘Les trois Graces’, the artist transposes the subject, originating from Greek mythology, to reflect the era of mechanized reproduction, using black and white film as a medium.
“This film (filmic object), The Three Graces, goes back to the age-old motif of The Three Graces, the Judgment of Paris who had to choose between three possibilities: power, war, and love. The Graces always look very similar, making up a group (a nucleus), often dancing and notably sharing a certain harmony. it’s basically the same woman; it’s a trinity. i’ve been working with the idea of disjunction for a long time. Today, everything has turned into individual vectors, no one is interested in what is common. in this film, i’m putting together three girls (two twins and their sister) standing separately from each other, acting independently. Their physical “resemblance” (their harmony) is the only thing they have in common with the ancient motif. We are not dealing here with the return to the original, but with actualization and incarnation as the essential tasks of Art”. – Jean-Luc Moulène