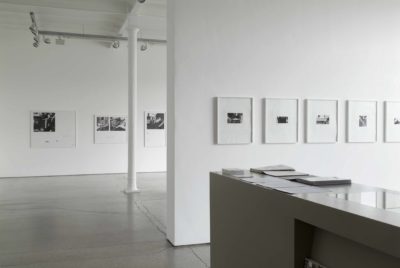 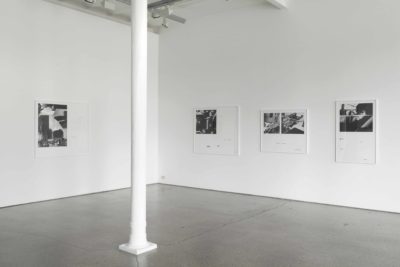 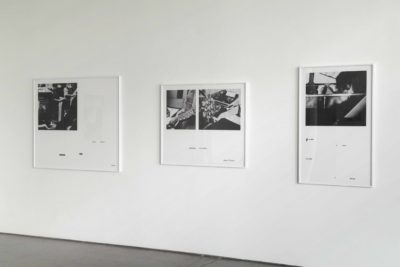 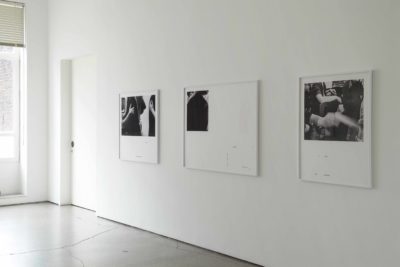 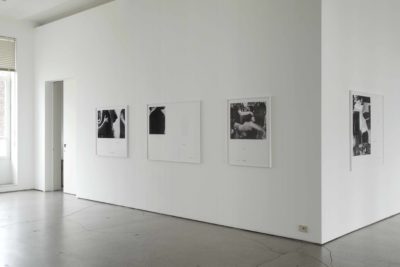 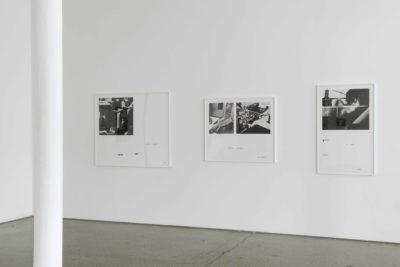 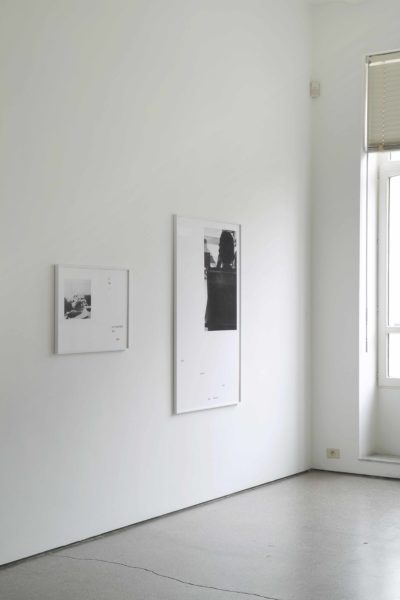 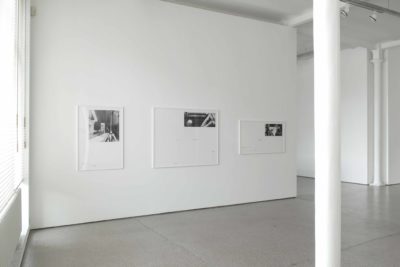 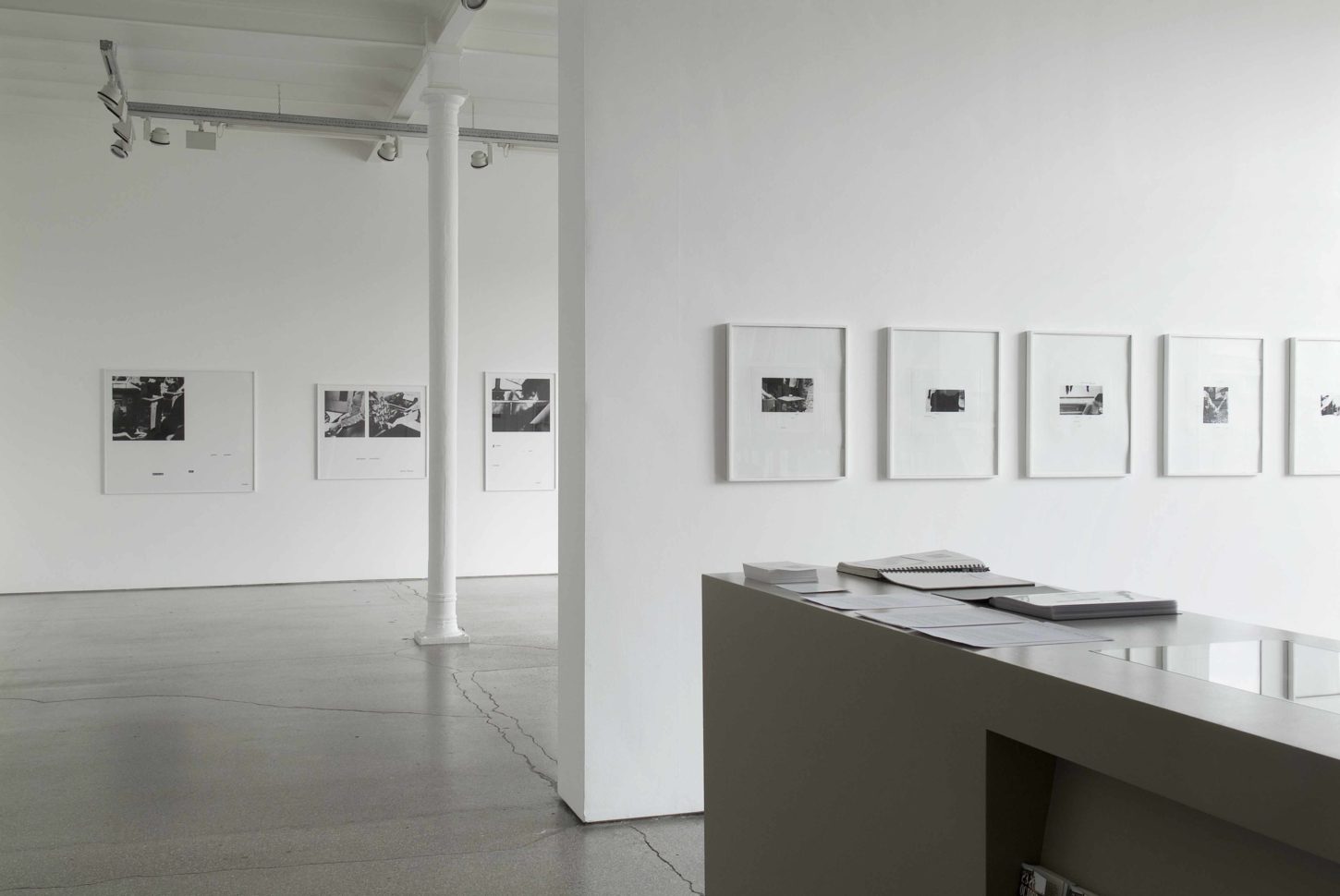 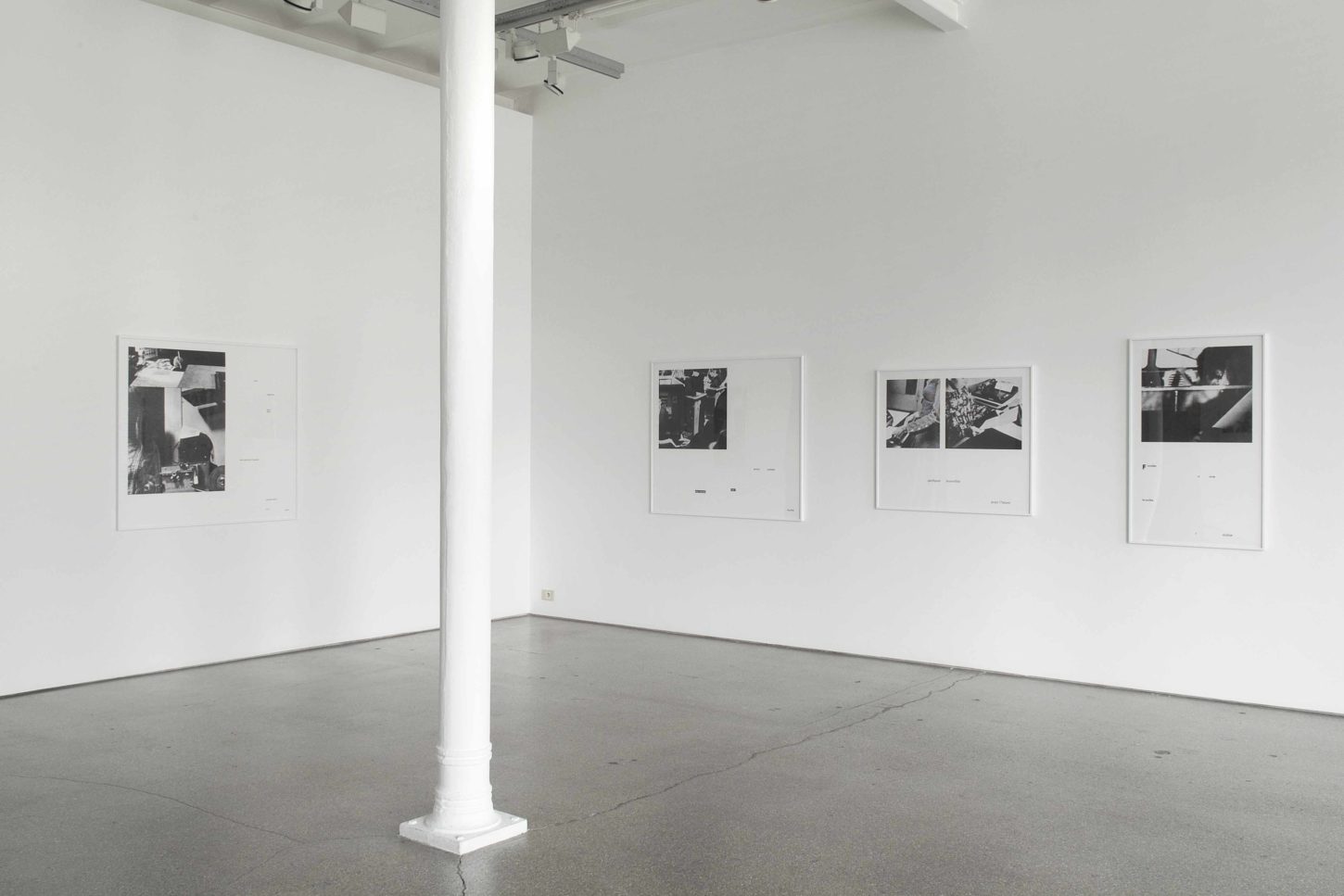 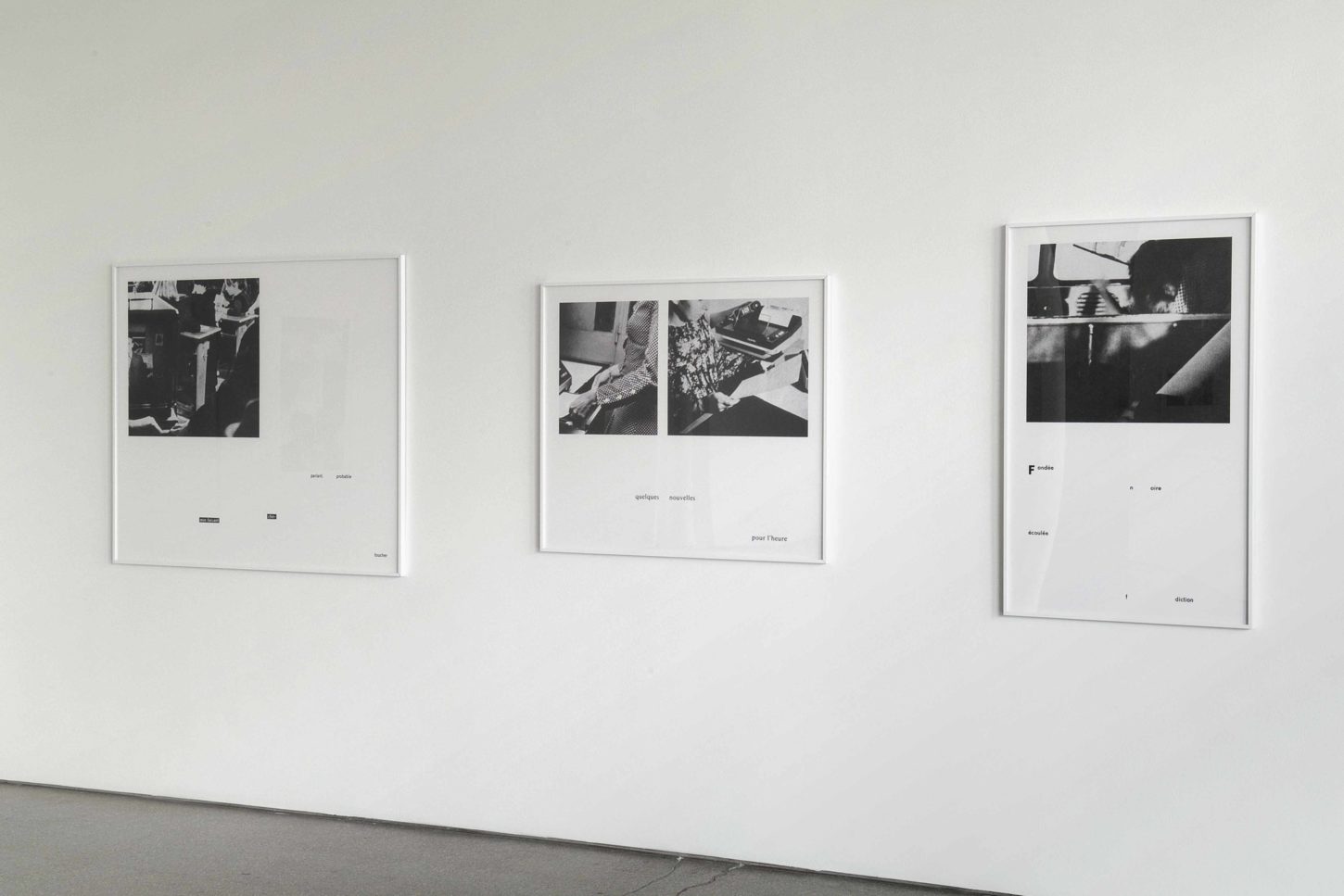 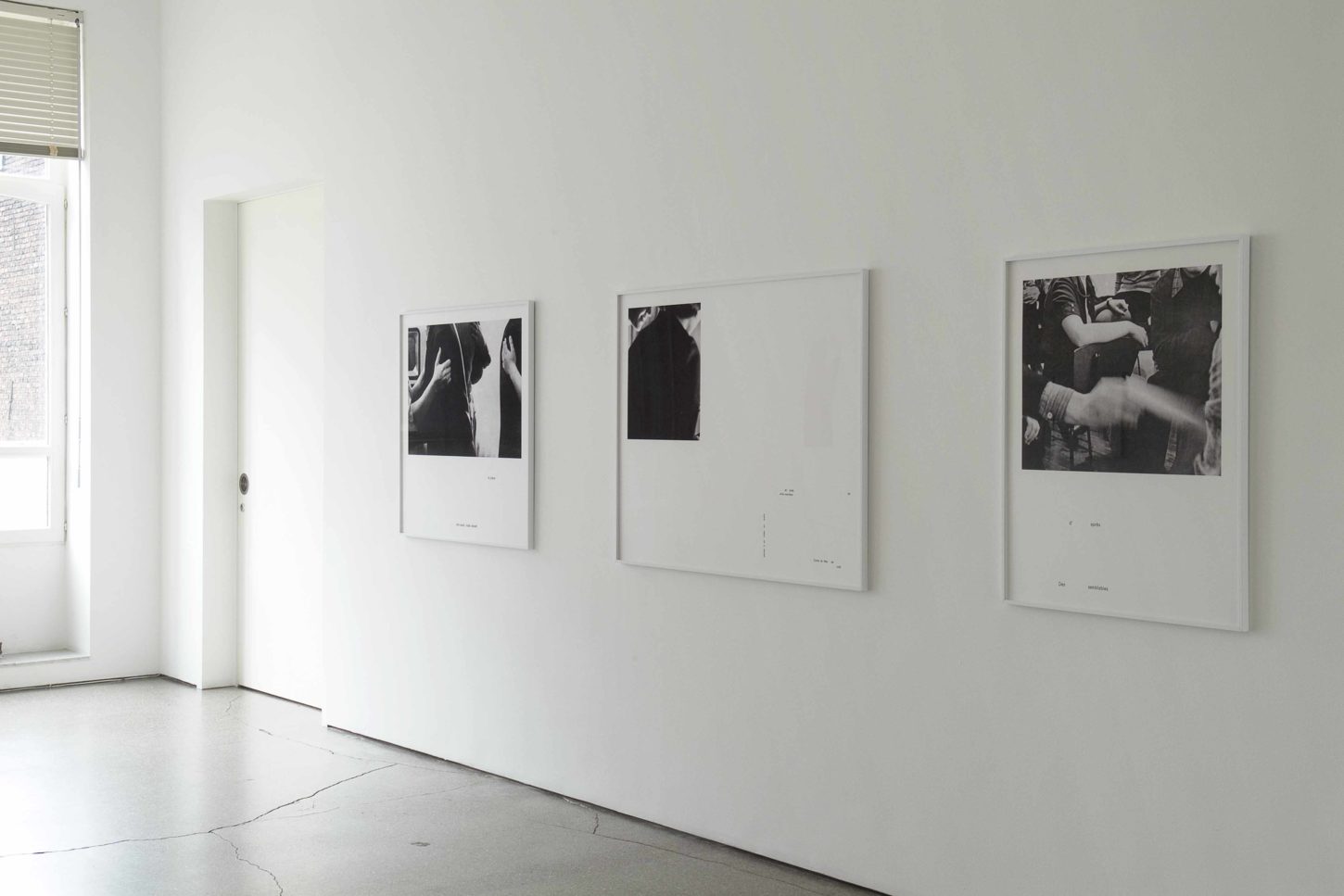 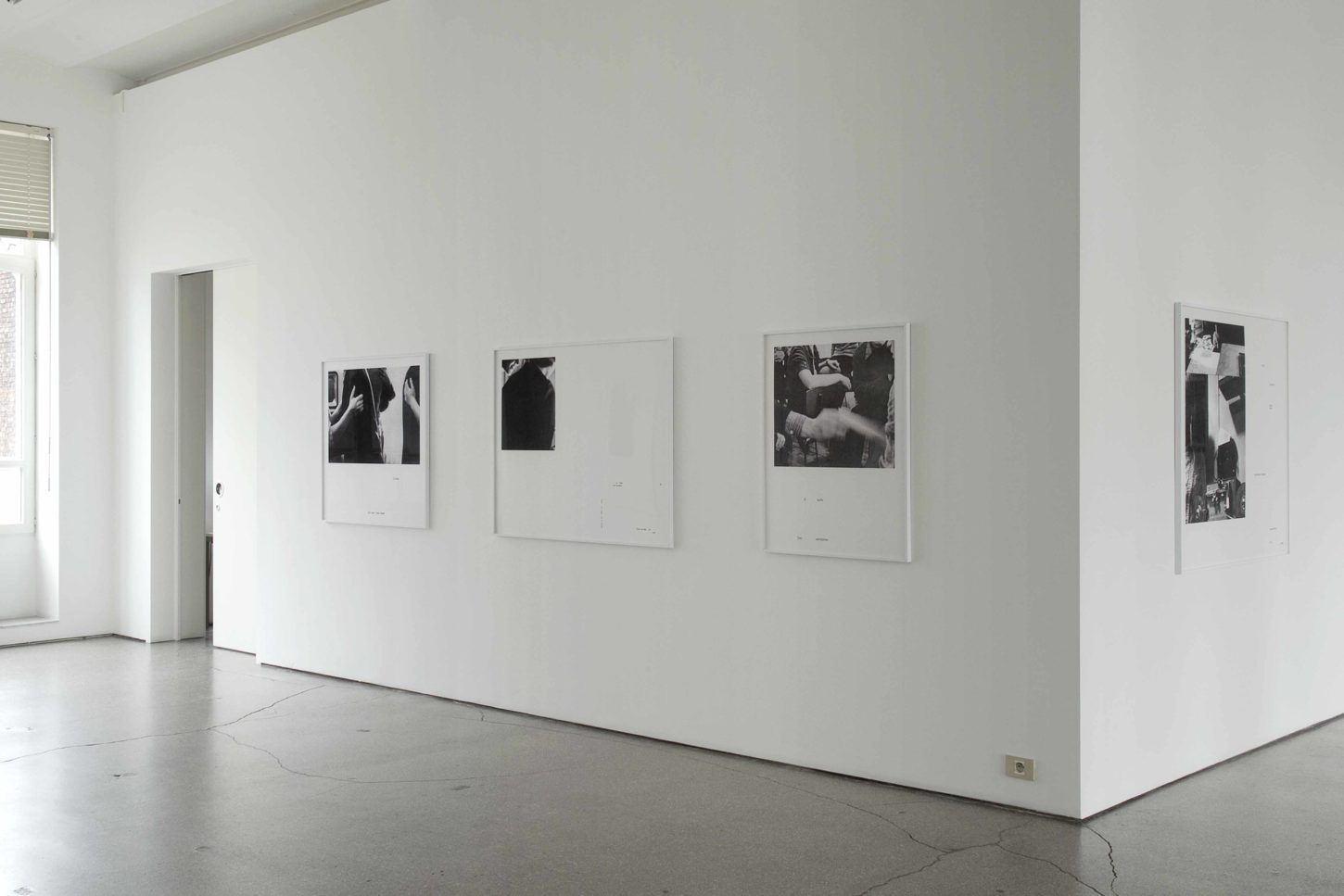 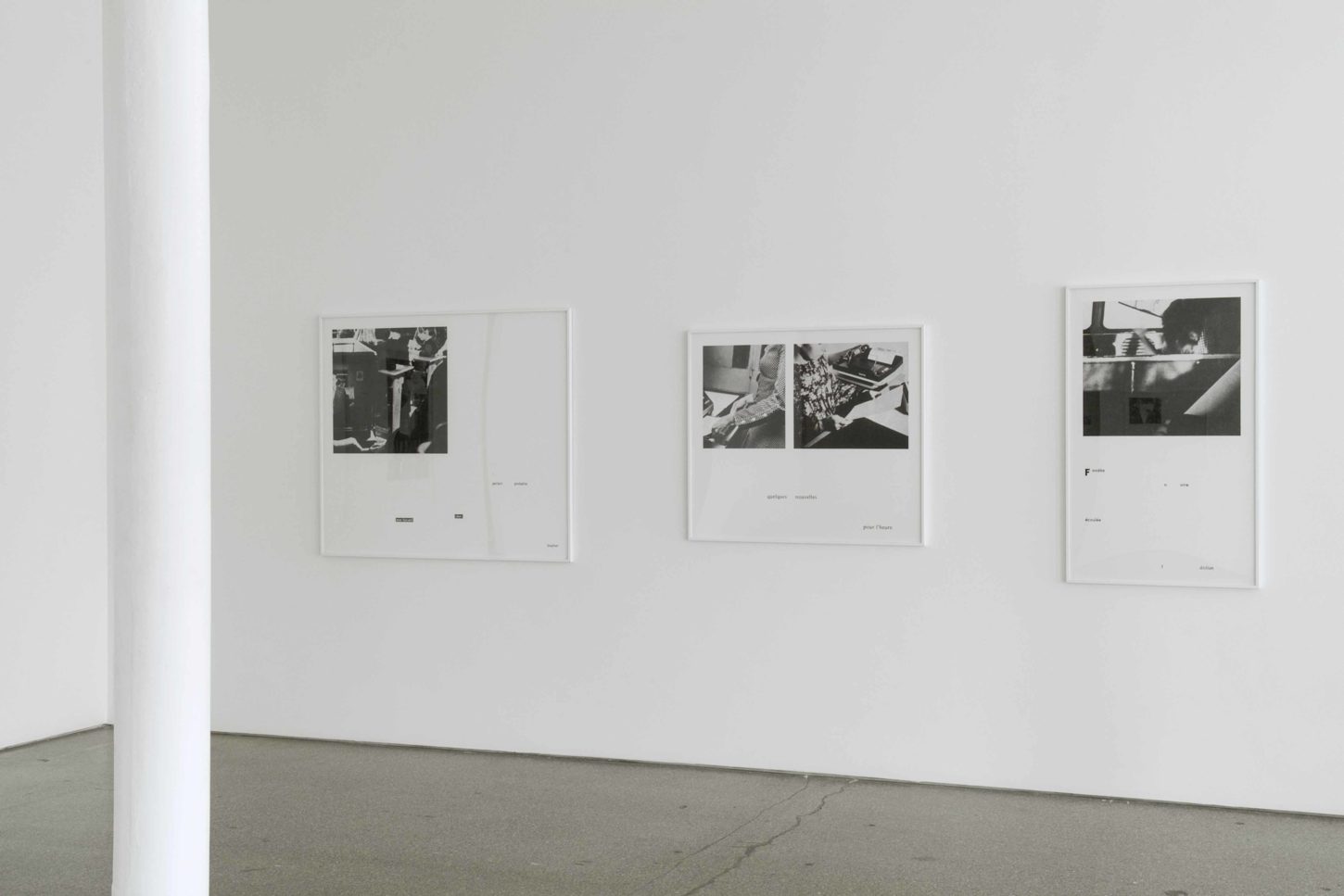 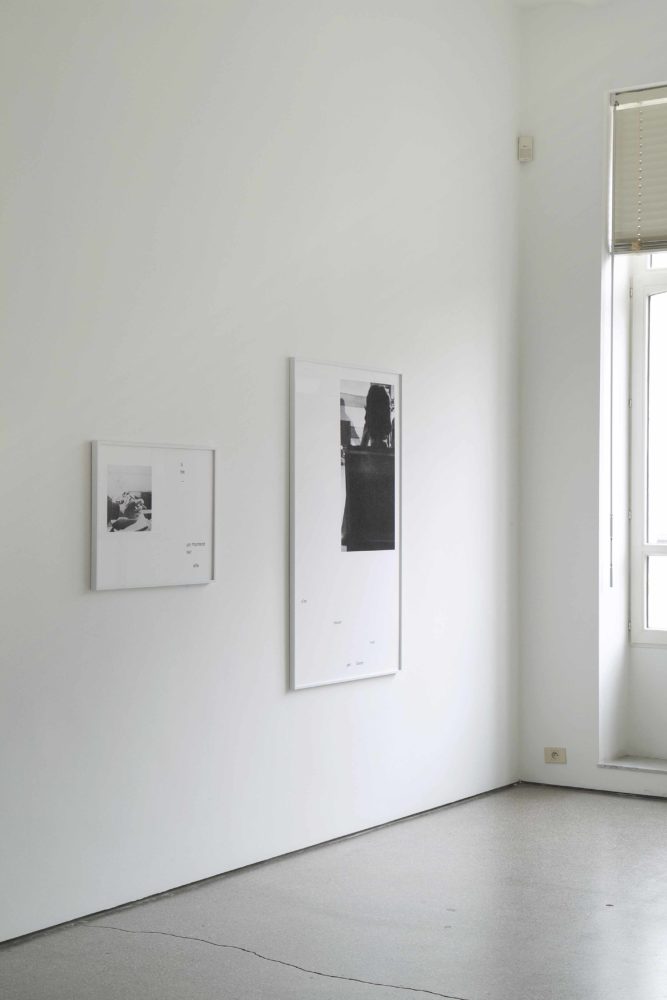 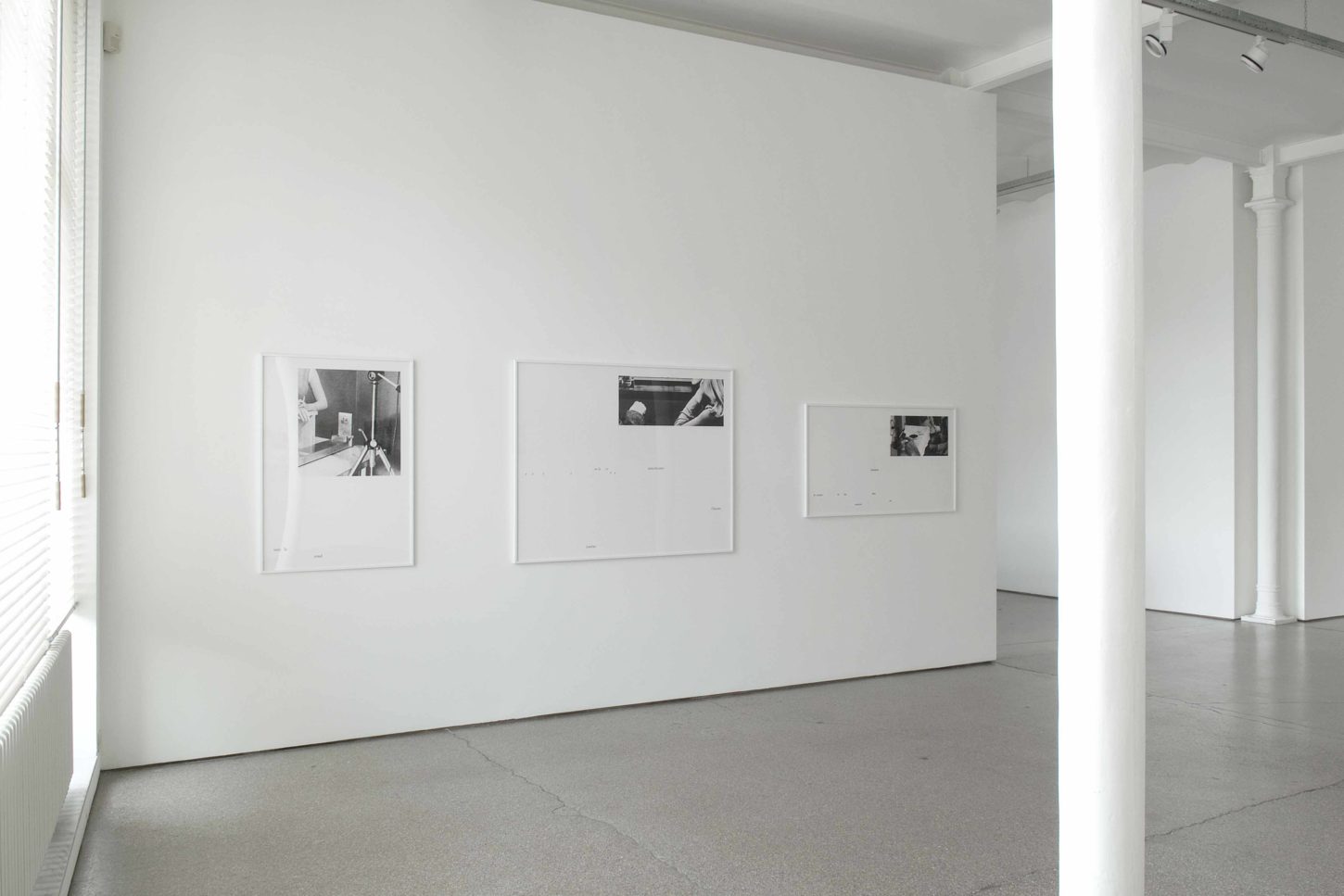 For more than twenty years Sylvie Eyberg (Brussels, 1963) has been selecting, reproducing and reframing details of printed images and associating them with text fragments.

Her work is close to the use of photomontage and is moreover increasingly associated with a possible general theory of the image that is a direct continuation of certain work by surrealists (Paul Nougé), dadaists (Hannah Höch), and avant-gardists of the twenties.

Essentially based on an allusive and discreet system, Sylvie Eyberg’s images are characterised by the absence of an escape point (the viewer is always, in some way or other, inside a larger image), by a balance of body fragments, objects and spaces, and by a narrative that is reduced to the simple expression of a gesture, a movement, a texture.

In a world that consists of shadows, reflections and interlockings, the precision of the reframing, paradoxically, does not result in any univocal meaning, but it gives a central place to indeterminacy and mixture.

« d’eux, 2004/2006 – 2008 » is a series of heliogravures that directly follows the large red and grey silkscreen prints that were shown at the Venice Biennial and in Brussels in 2003. While the silkscreen prints had the effect of a dilution of the image by an extreme dilatation and the use of colour ink, in this new series Eyberg has reworked small formats and integrated a clear contrast. Heliography, an old technique of image reproduction, makes it possible to give the blacks a special density and softness. The place of the increasingly shattered words is determined by their position on the original page before the cutting.

The reframed image and the cut-up words are from the same page and retain their original position. The white, which is strongly present in these numerical prints, corresponds with the missing parts.

« repeating you, 200 8 » is Eyberg’s first video film. In the form of a ‘ditty’, this film constitutes an attempt to have different aspects of temporality co-exist : conventional time, film time, dream time, travel time.