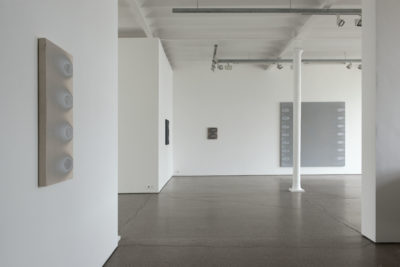 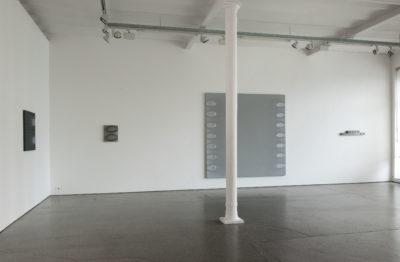 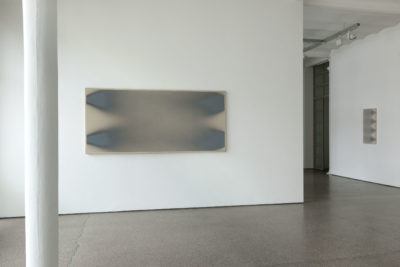 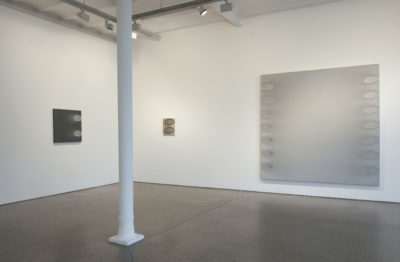 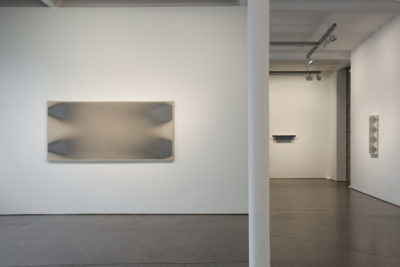 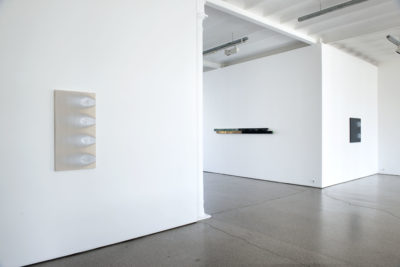 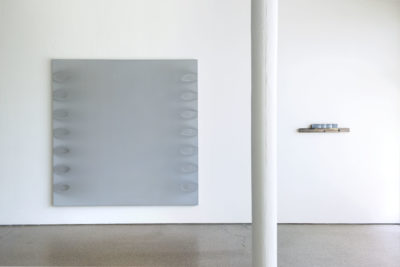 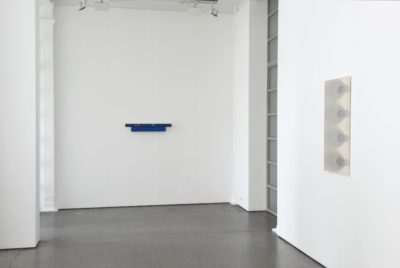 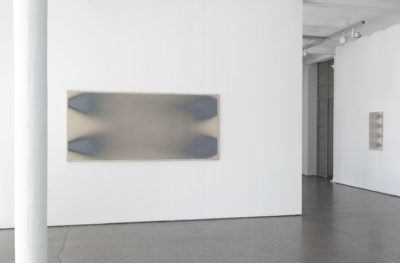 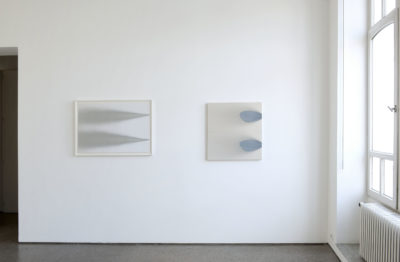 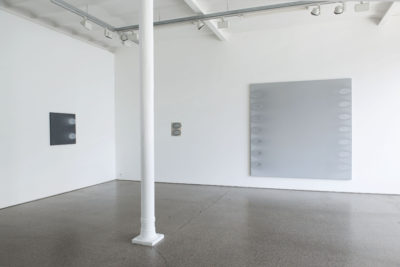 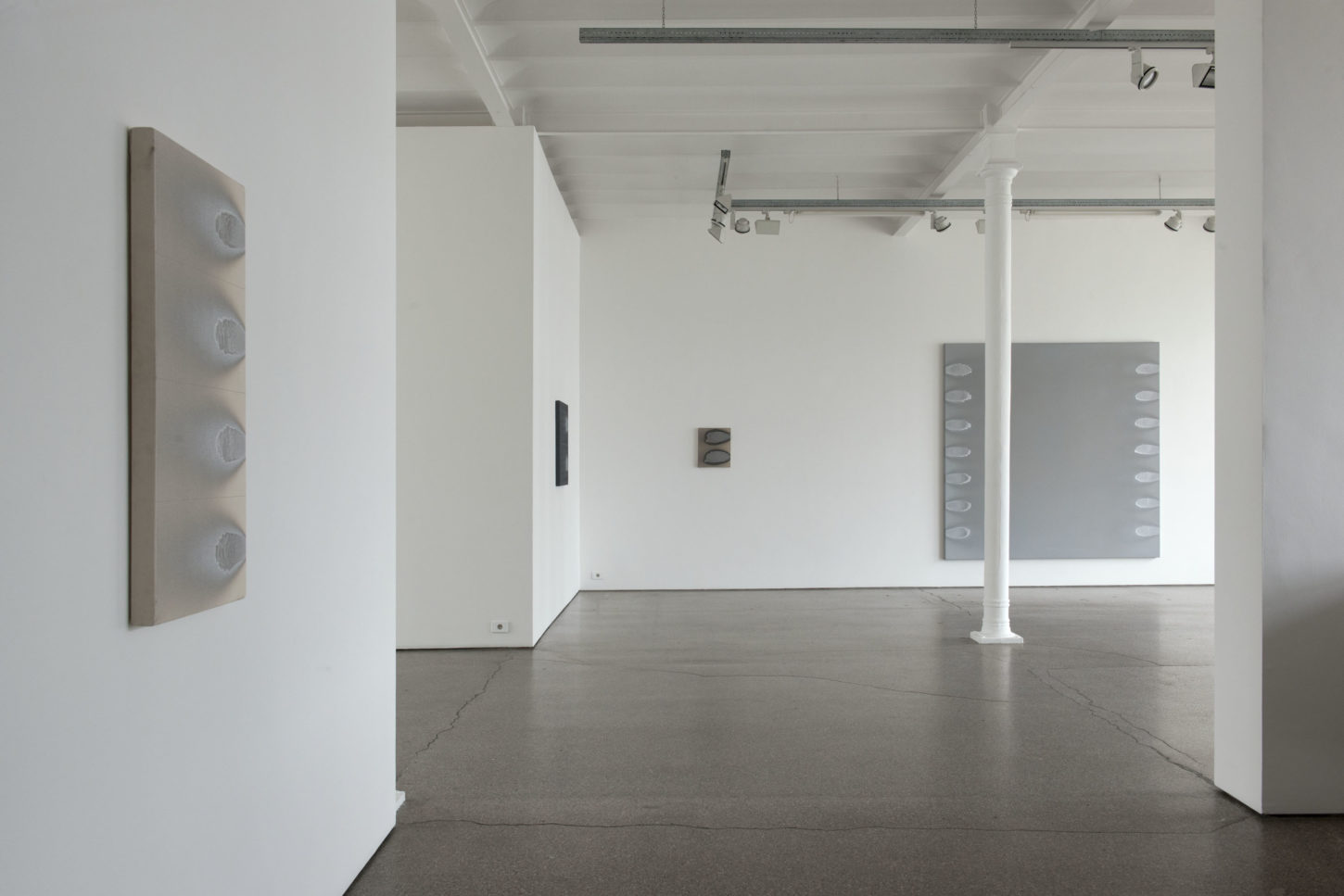 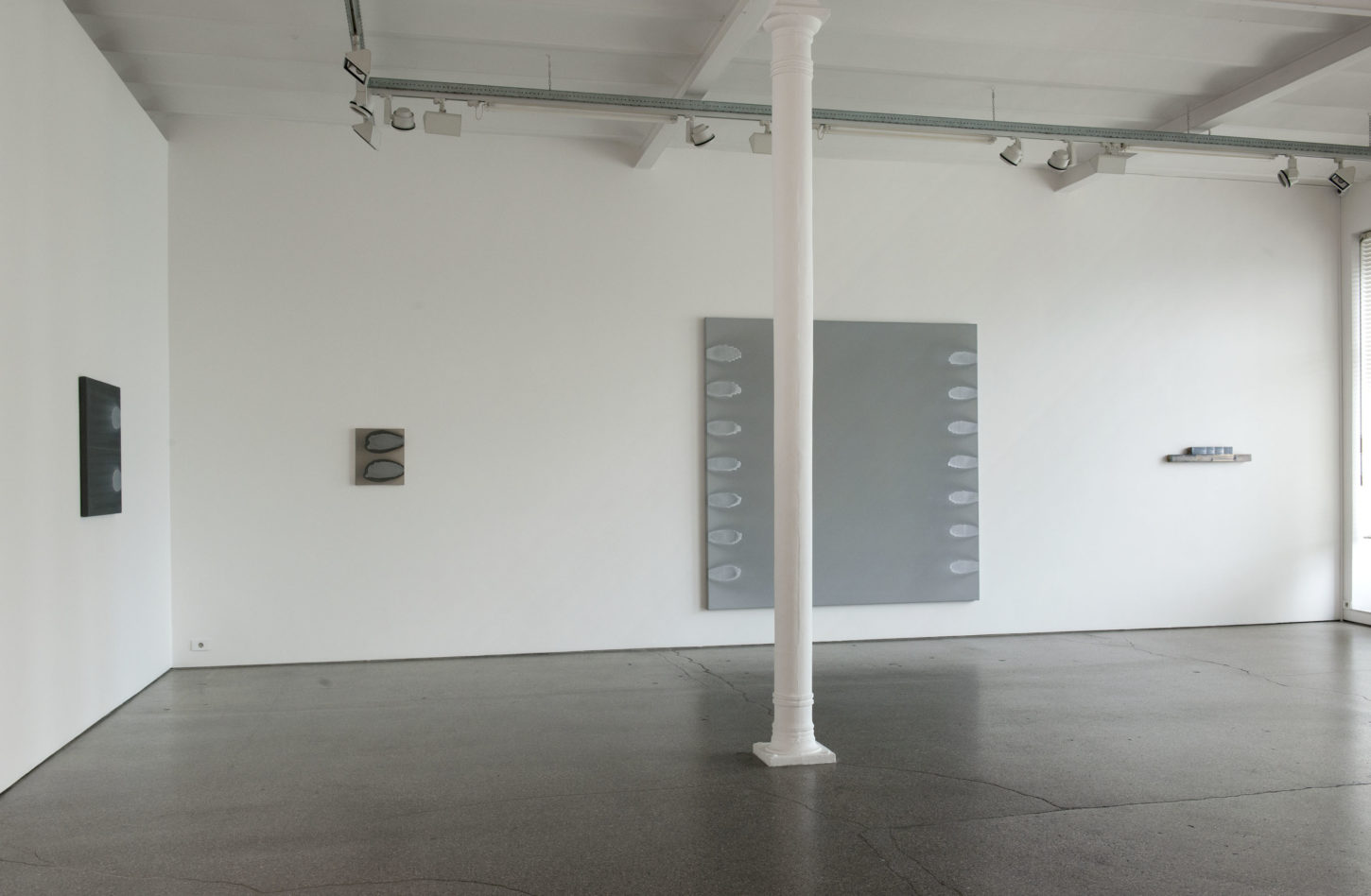 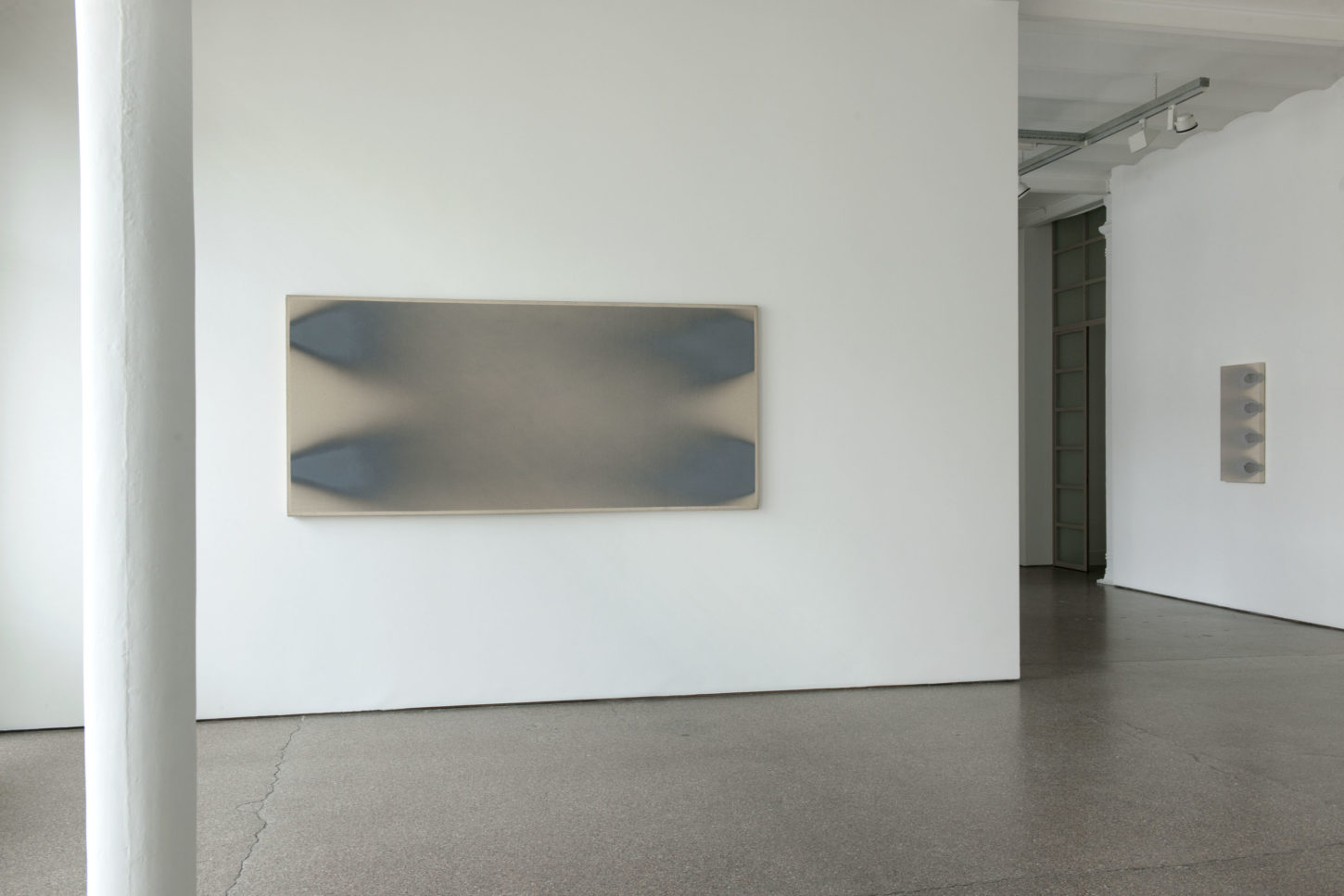 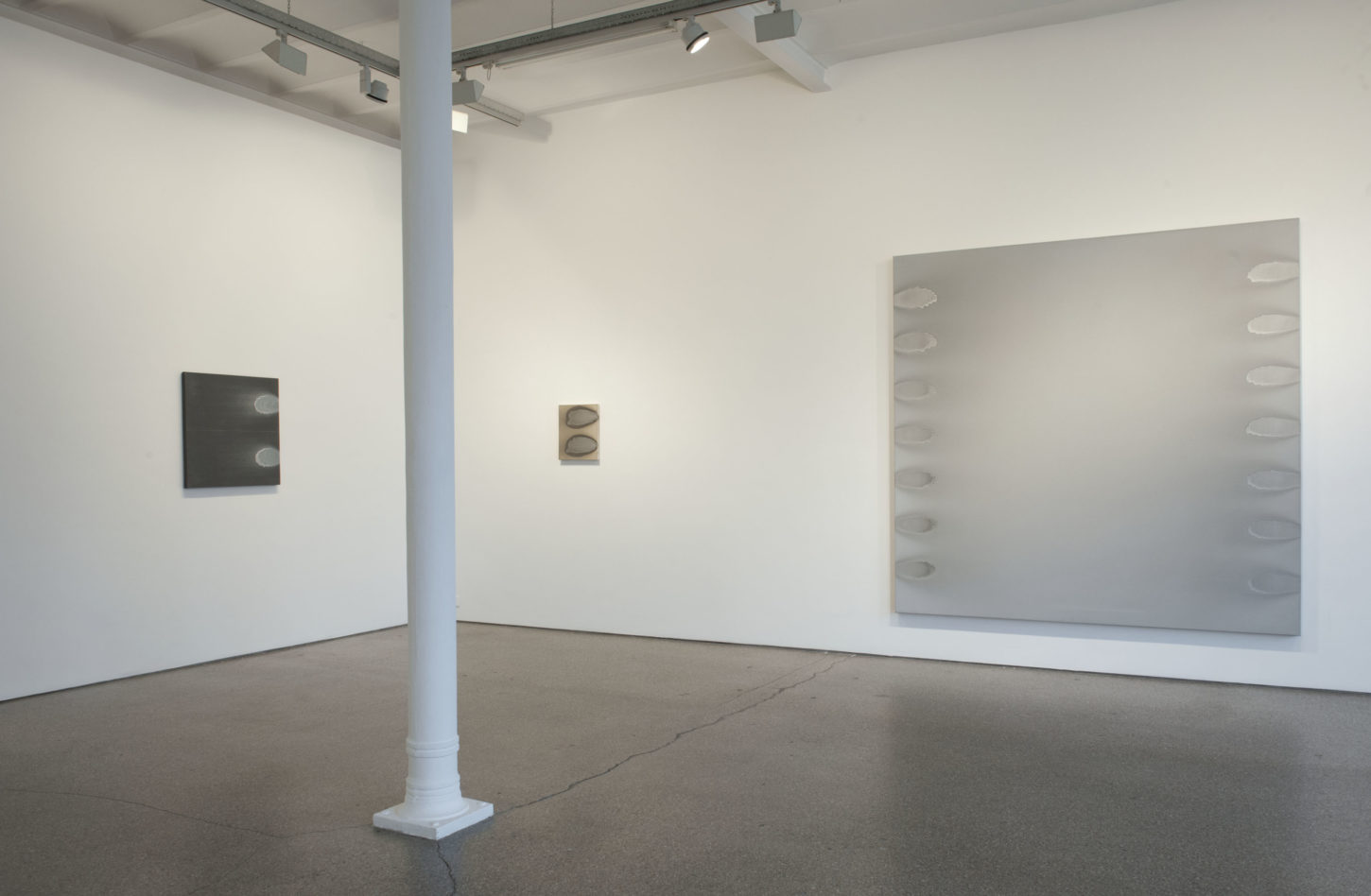 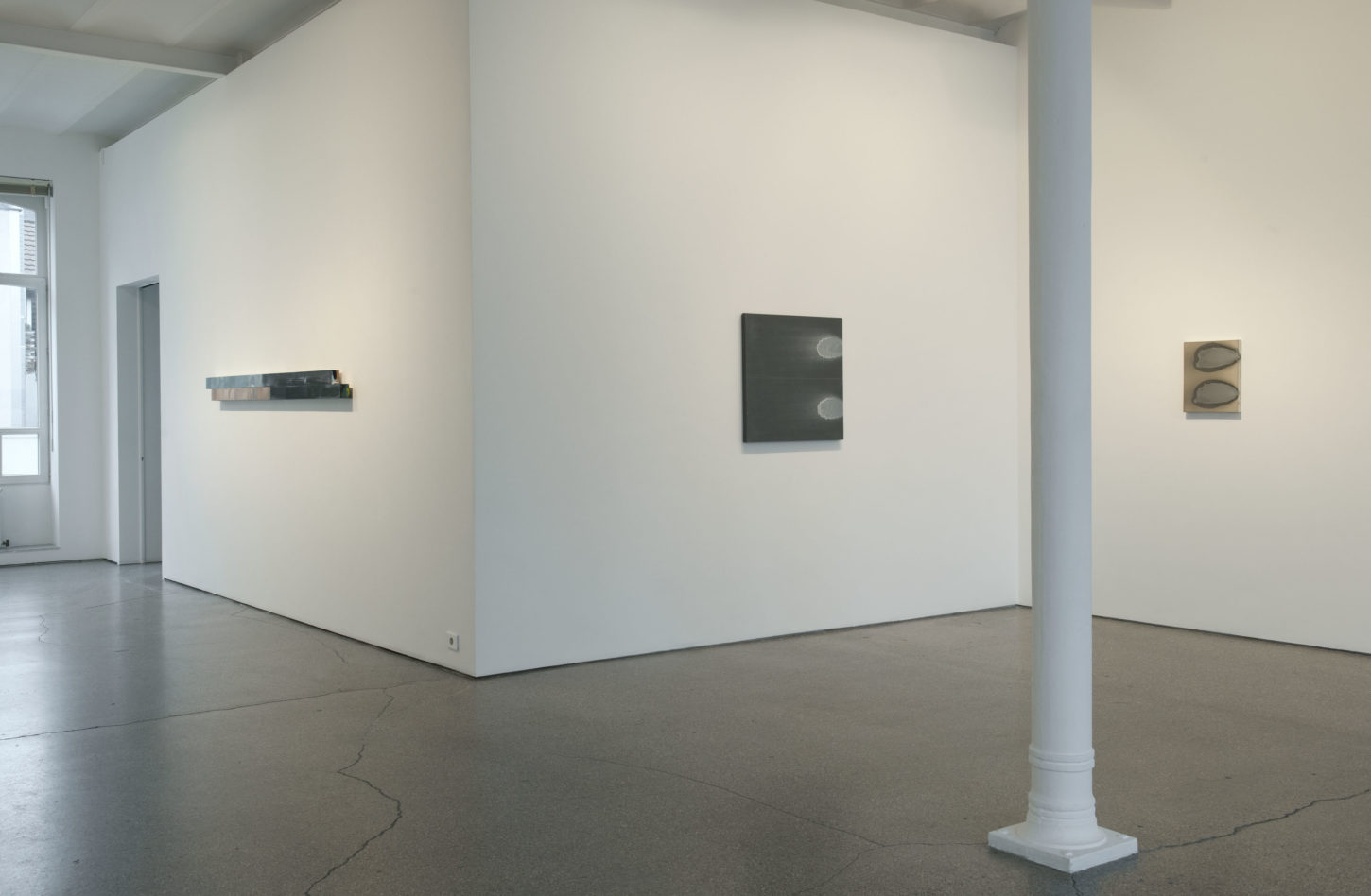 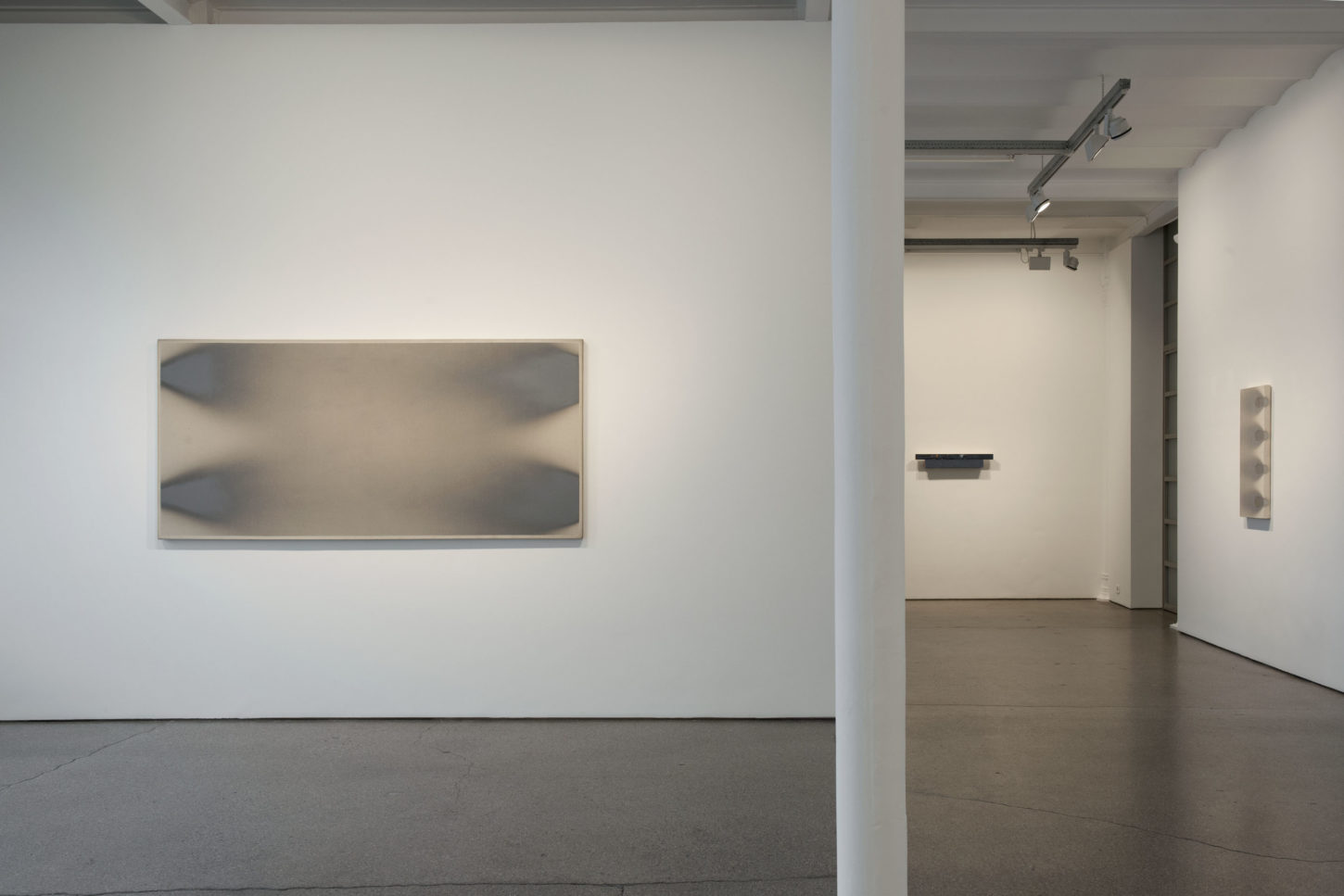 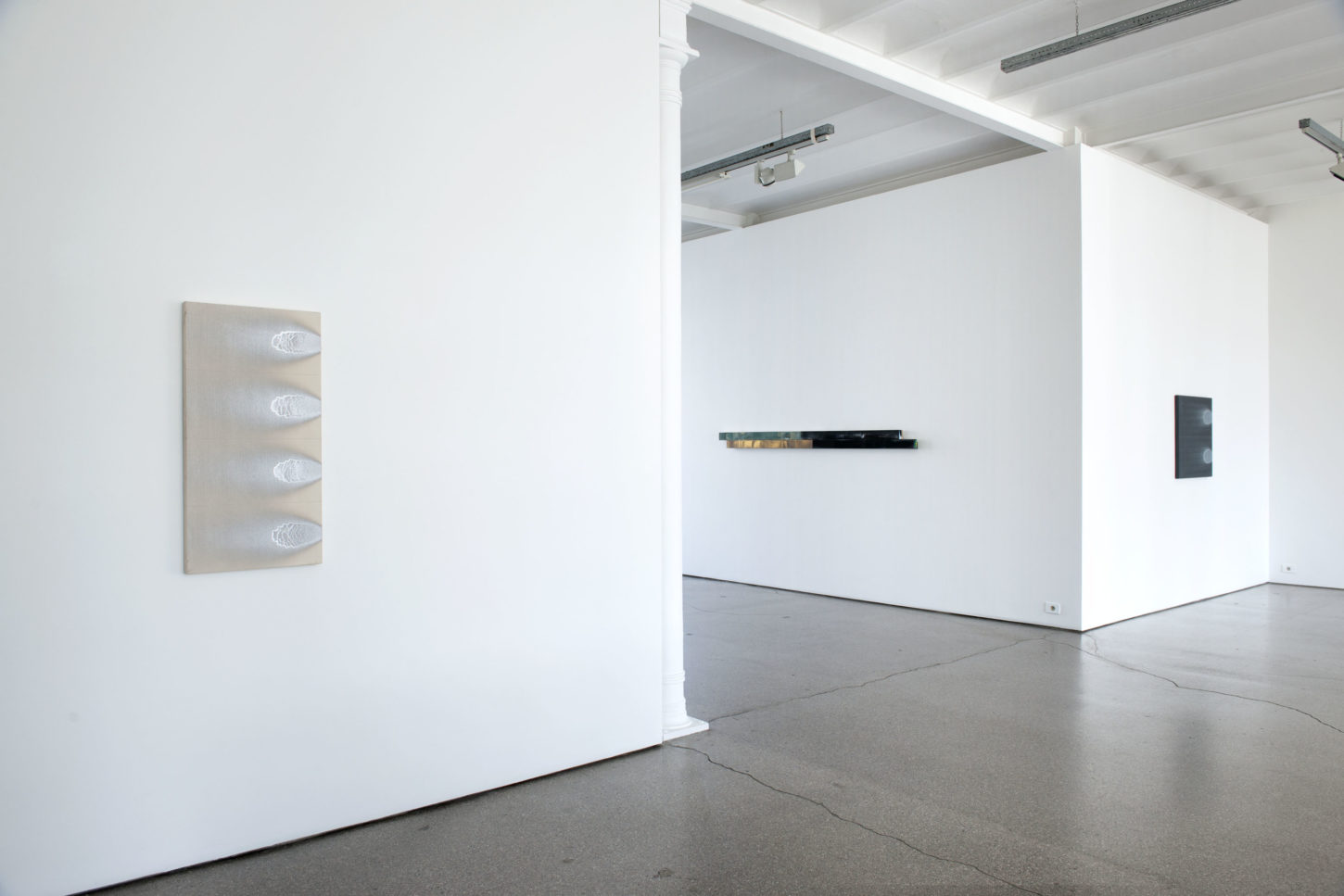 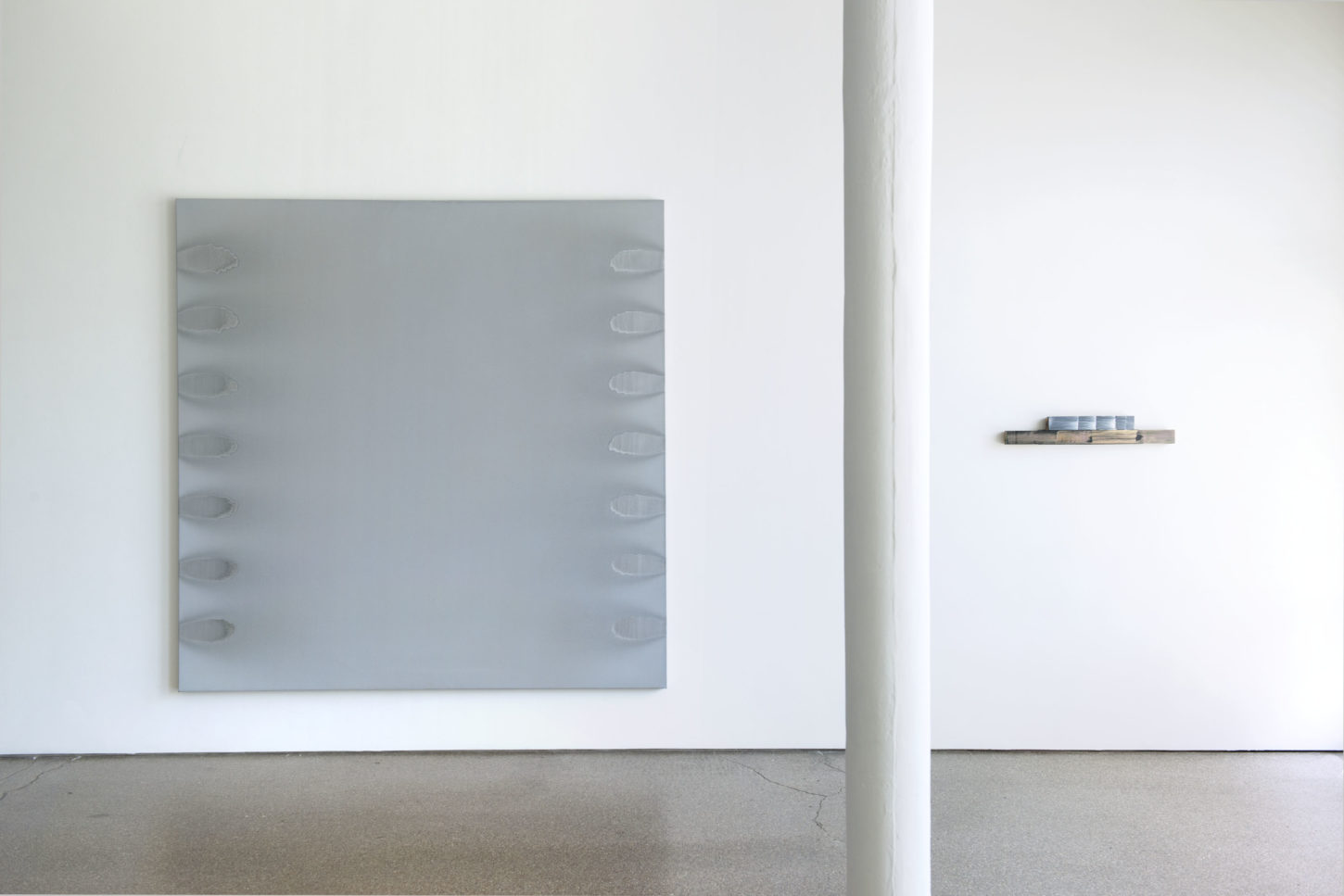 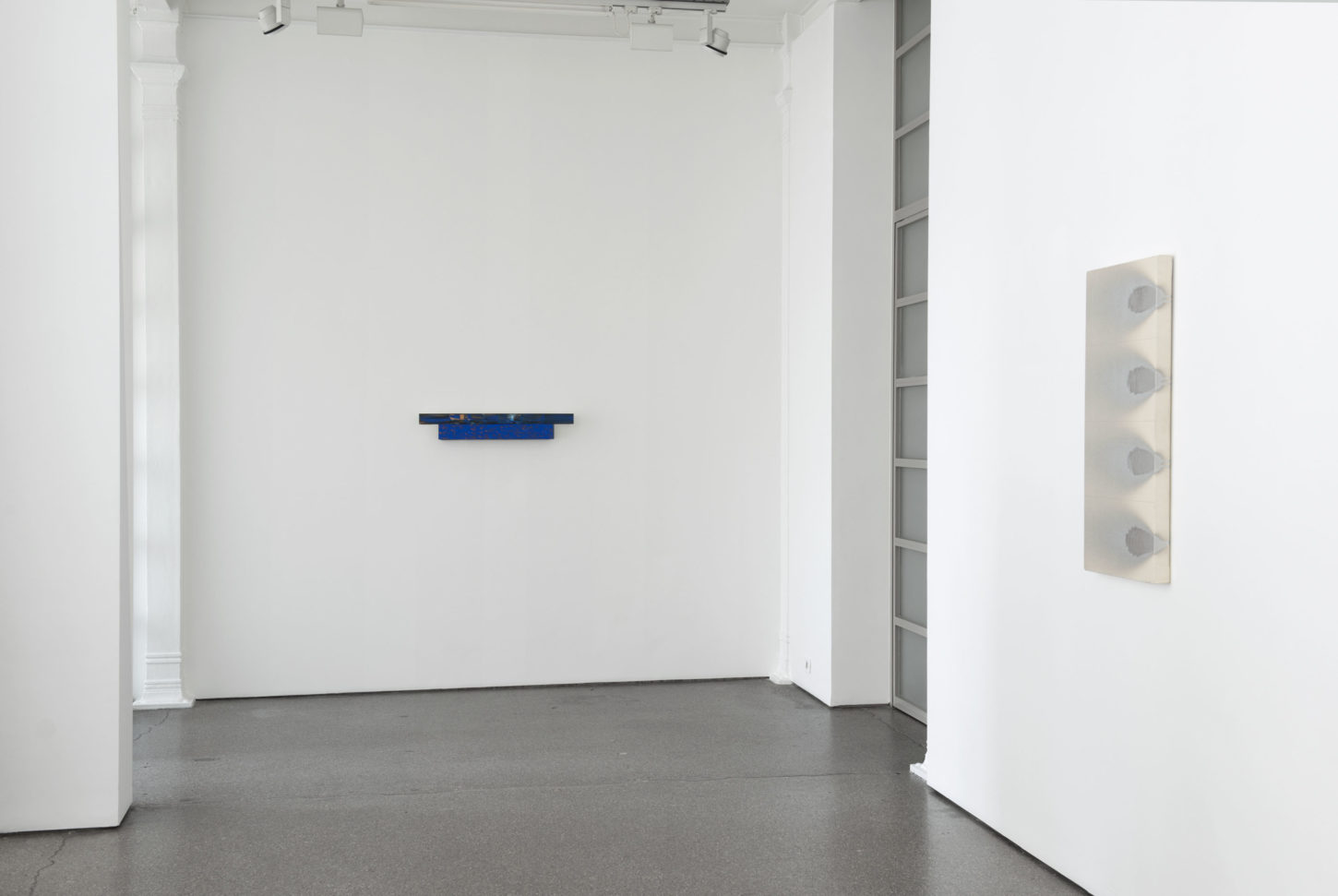 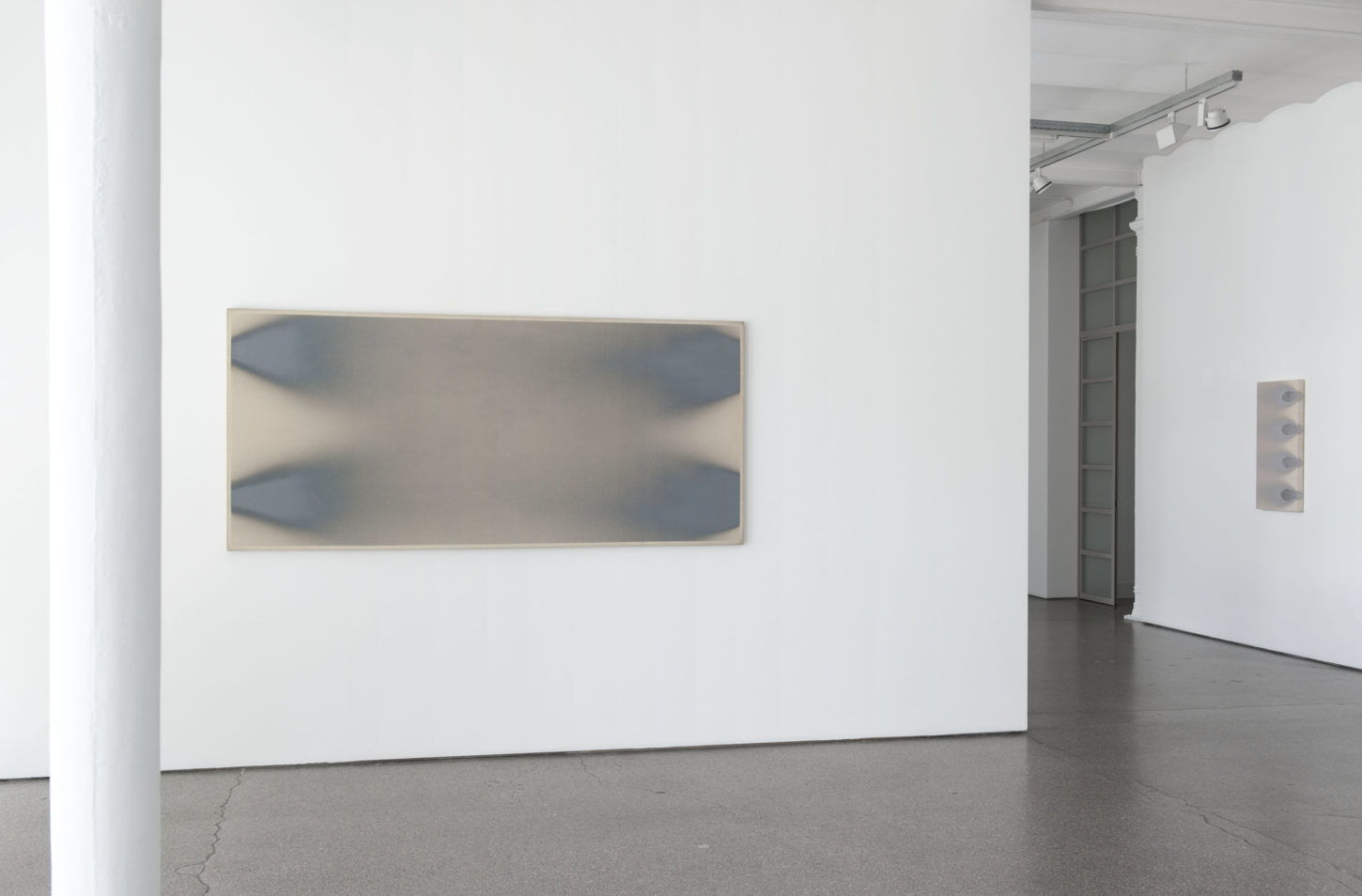 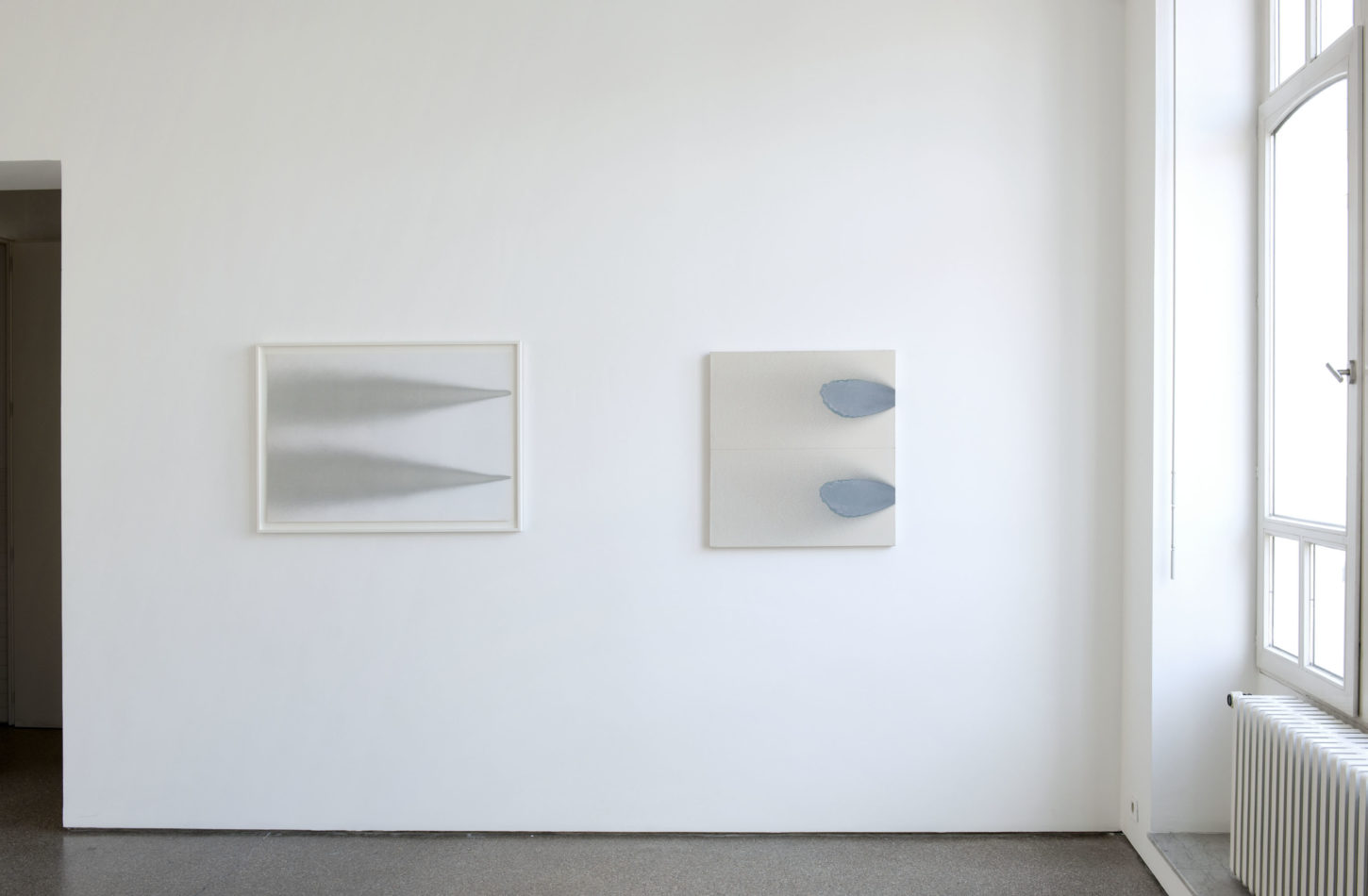 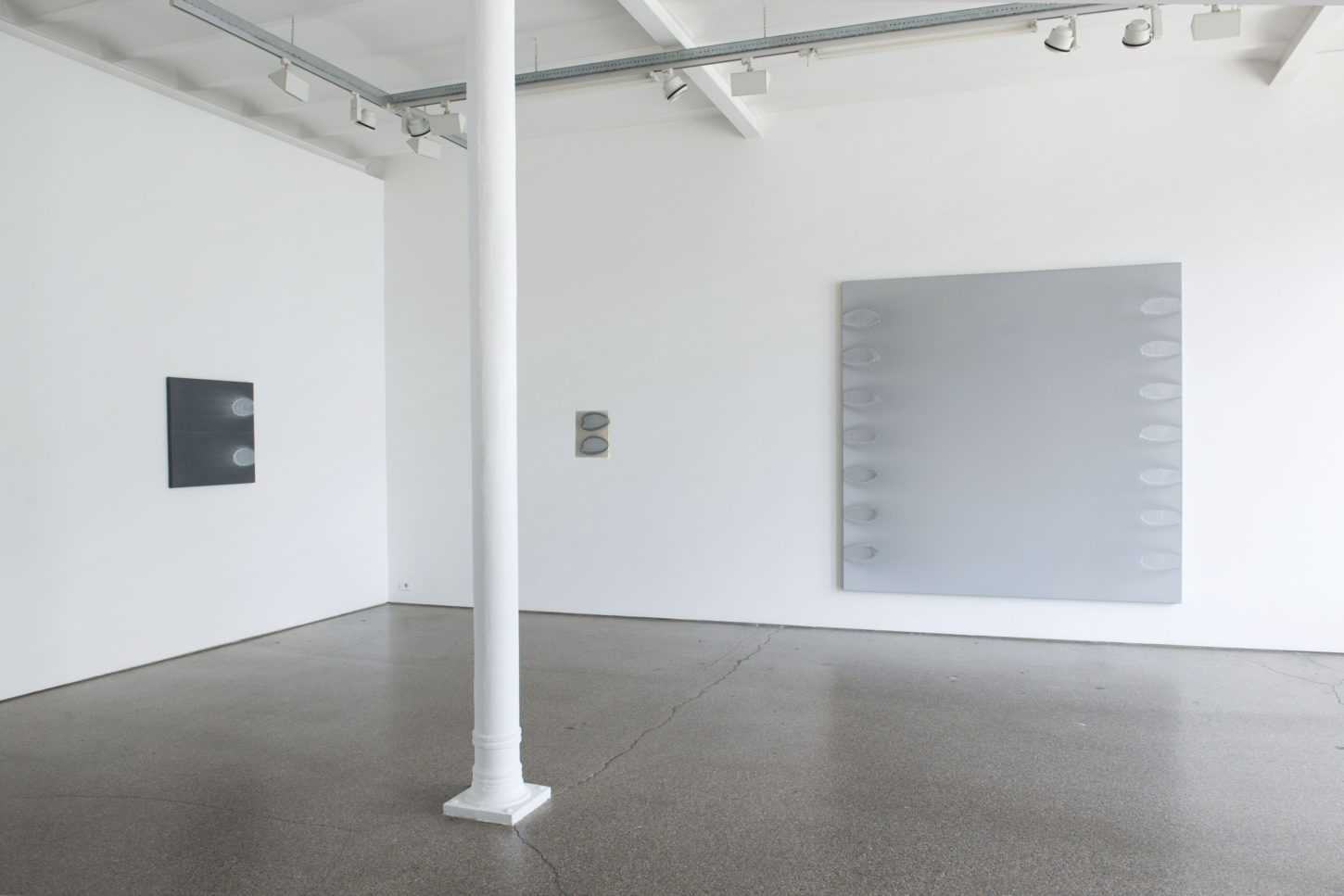 Michael Venezia’s artistic career is closely related to the Minimal Art movement. He belongs to a now well-known generation that radically changed the course of the conventional art practice at its time. Preceded by the abstract-expressionists, and their revaluation of the painted canvas, the minimal artists abandoned traditional categories such as painting and sculpture and reduced the work of art to its elementary material and plastic aspects : material, color, texture, etc.

The early period of his work is represented in this show by the 1970’s Spray paintings, on canvas and paper. At the sides of the surface acrylic paint is sprayed until the point of saturation, which allows the paint to run freely and autonomously create a pattern. The strong metallic, industrial tonal range of these early monochromes only adds to the non-personal approach of these works.

From 1981 onwards, the artist starts to work on a wooden surface and switches to oil paint, which he applies with a brush or a palette knife in one single movement. For the first time, the manual working method is shown and manifested in the middle of the long wooden bar as a slightly embossed line. Color is introduced but remains neutral  and is applied pure, unmixed.

Venezia’s œuvre today, is still typified by the so-called Narrow-bar Paintings, but since the 1980‘s they have undergone a continuous evolution, traceable by the attentive eye. The composition has become more complex and is now two-folded: the positioning of several blocs next and on to each other and the arrangement of the colors on each surface. The artist modulates and mixes the colors, layer on layer, directly on the surface with a brush or a sponge. Their temperature and luminosity is carefully balanced out.

The selection for the show includes the 1970‘s Spray Paintings and the most recent paintings by the artists, still painted this year. Bronze and silver tones dominate the selection, connecting the early with the recent works, and establishing a certain harmony.