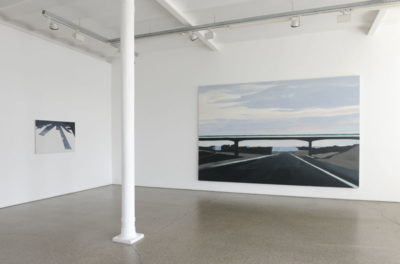 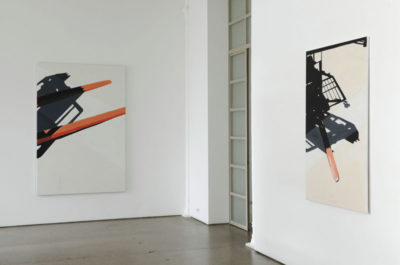 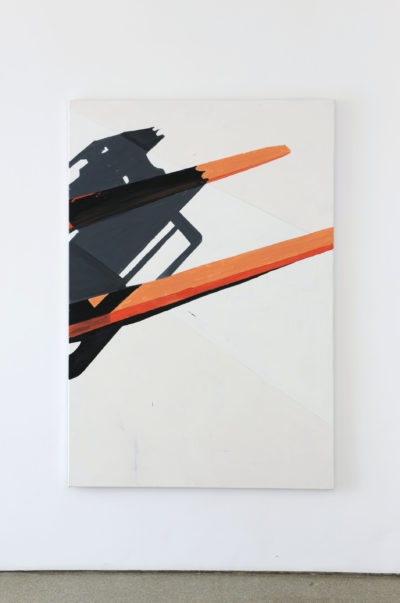 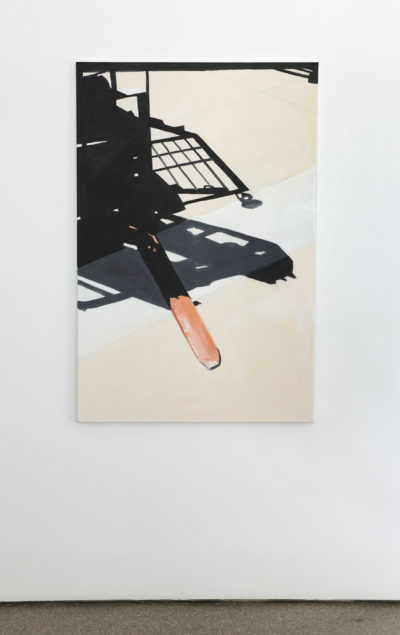 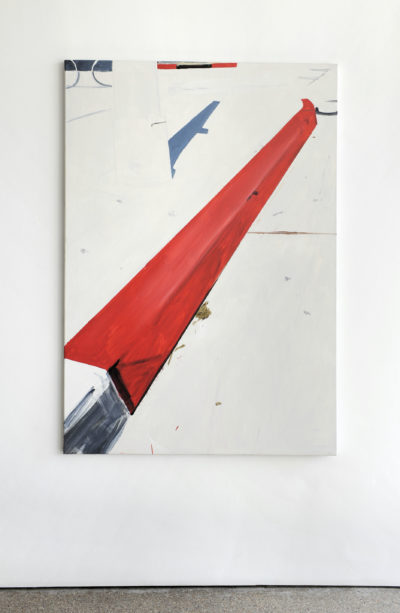 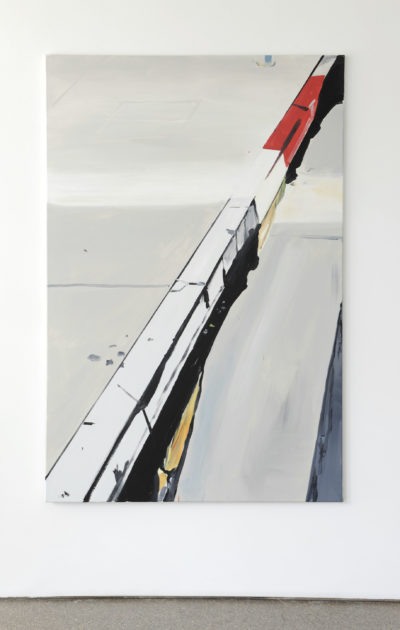 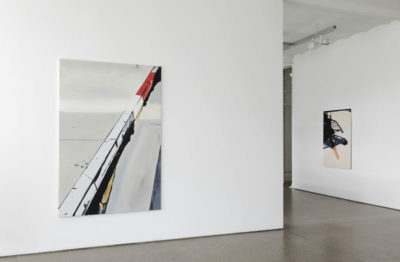 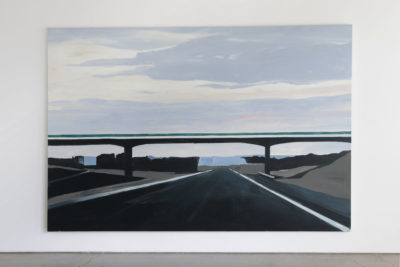 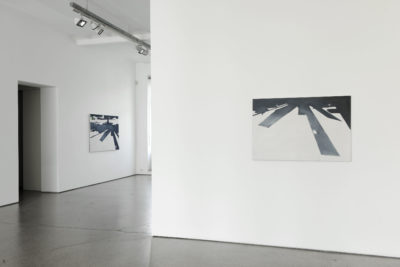 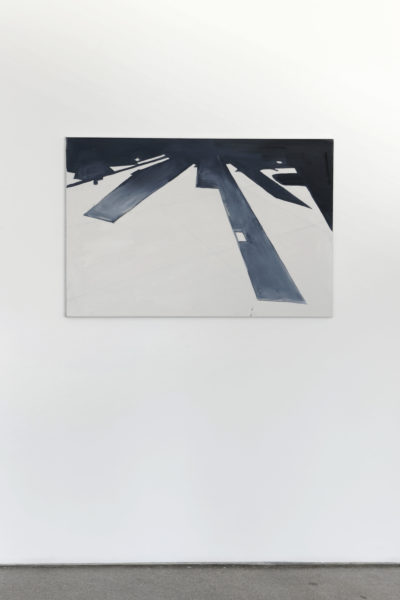 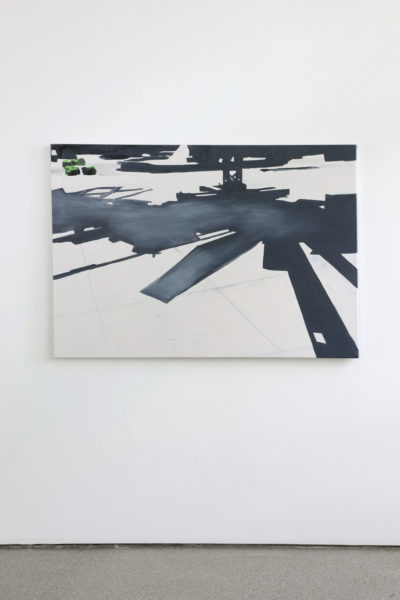 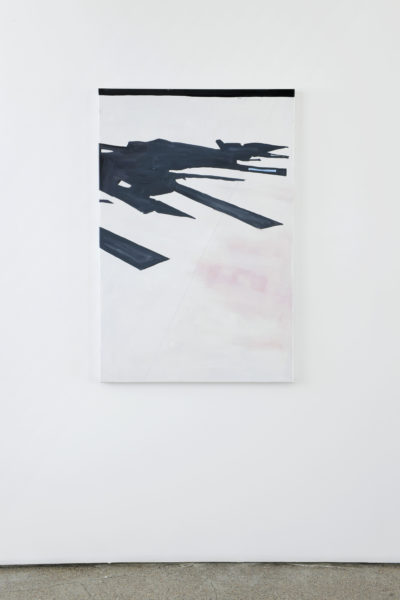 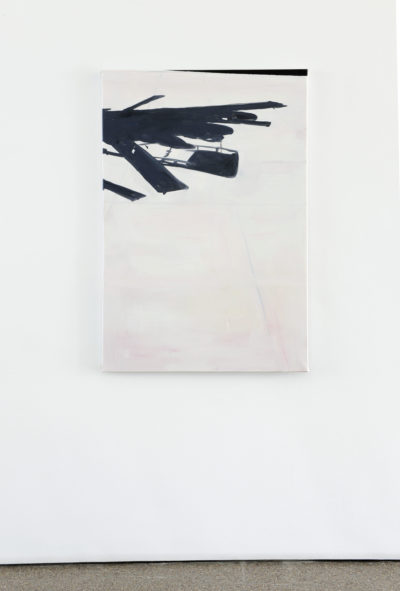 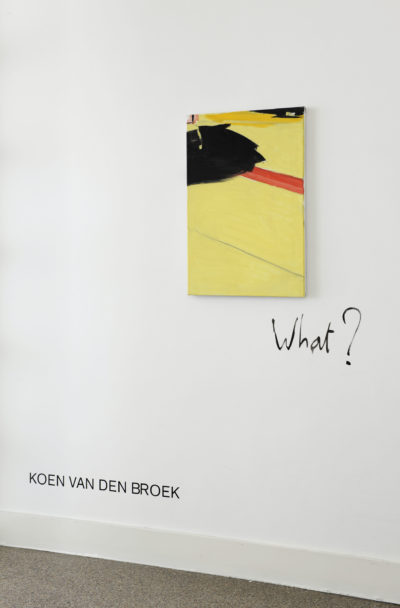 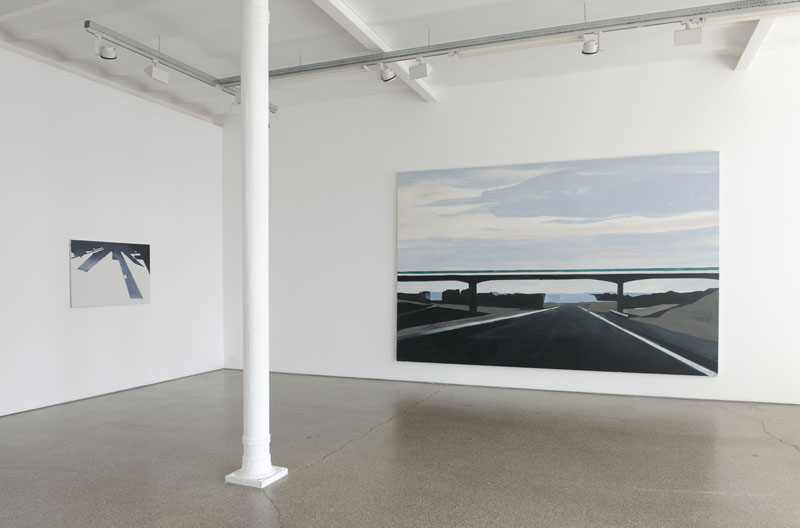 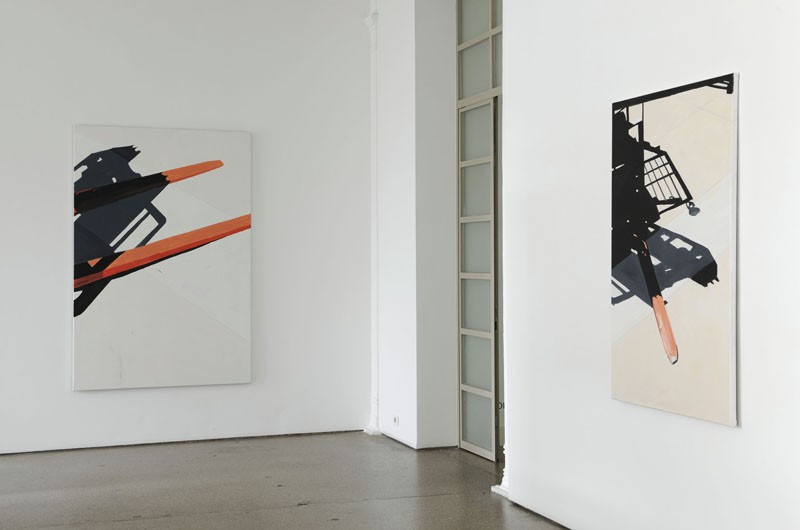 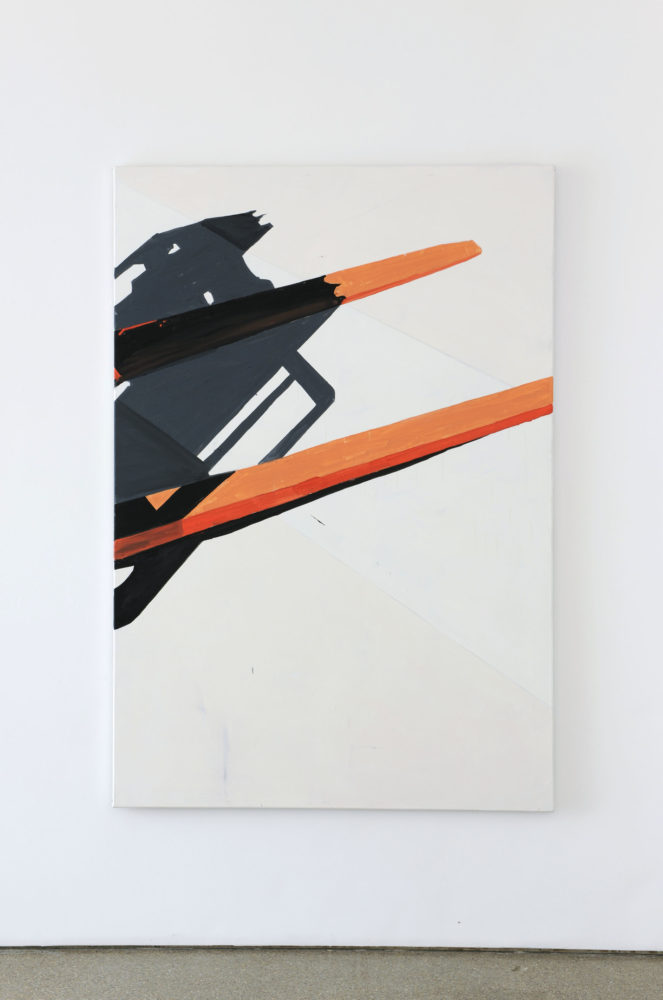 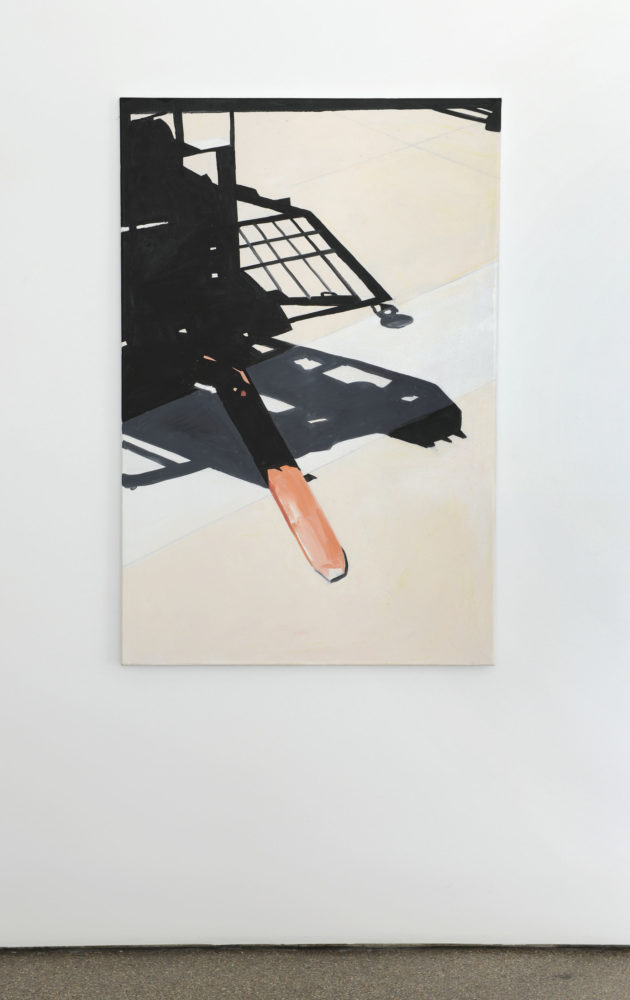 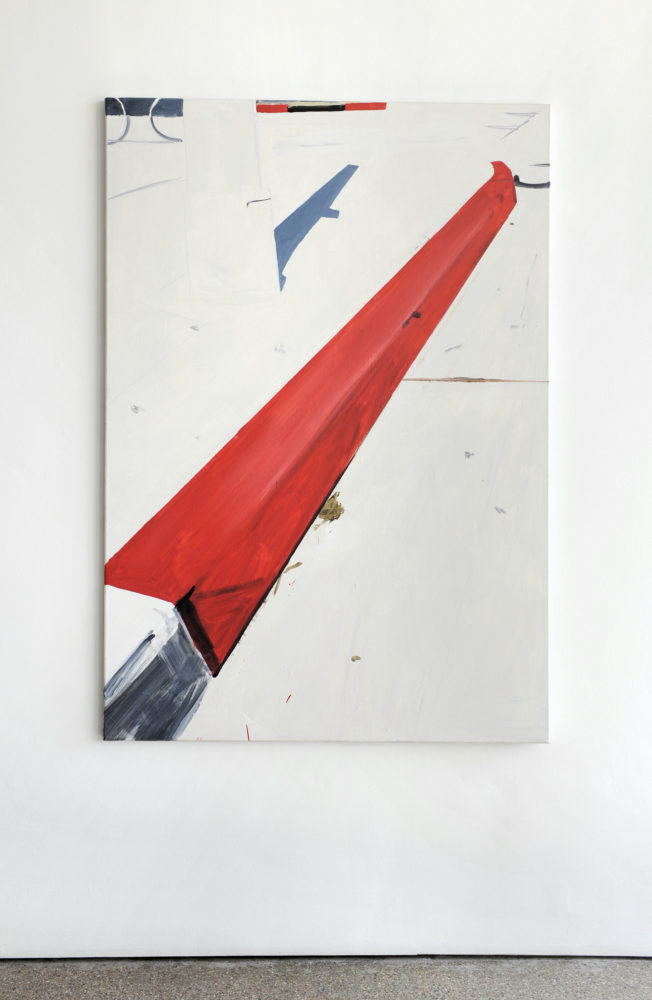 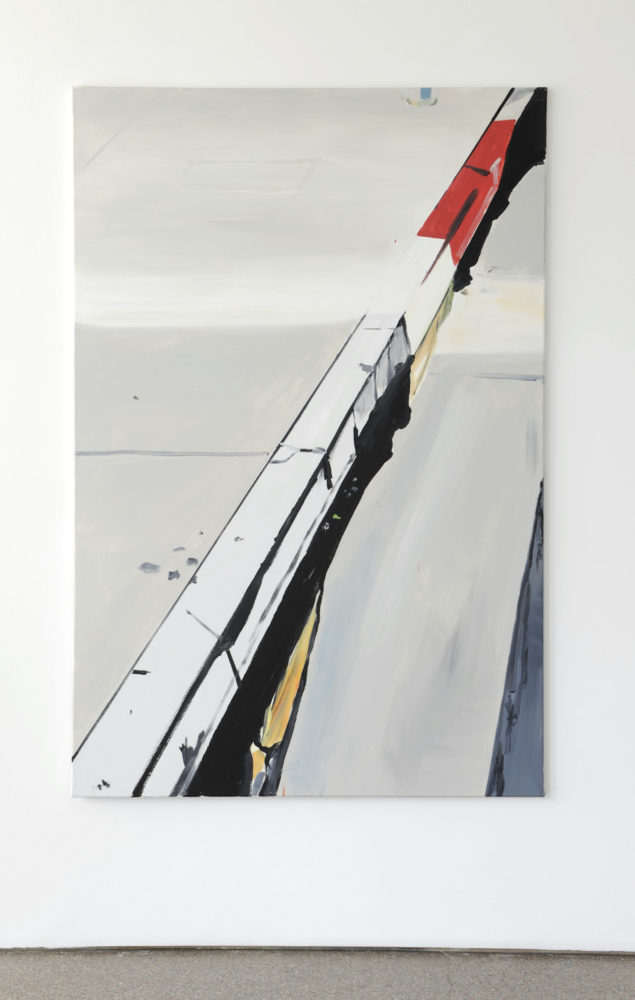 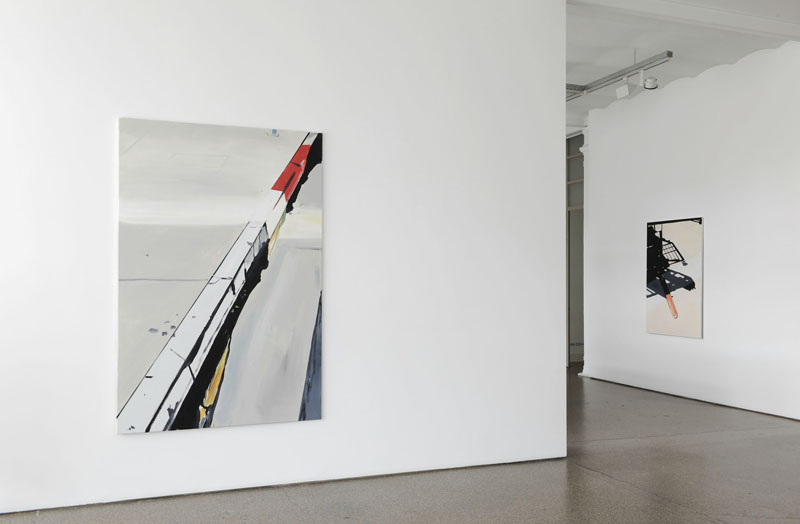 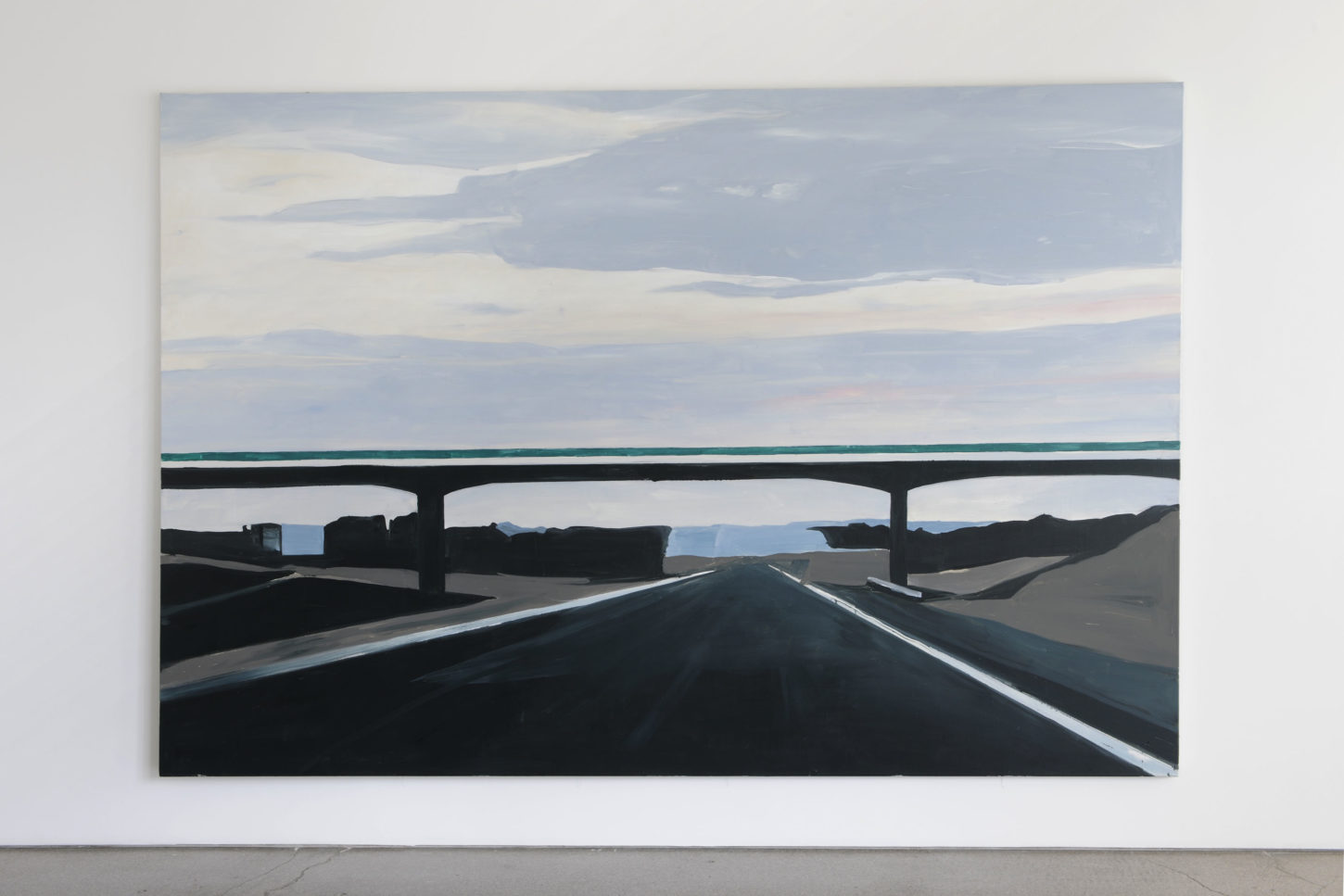 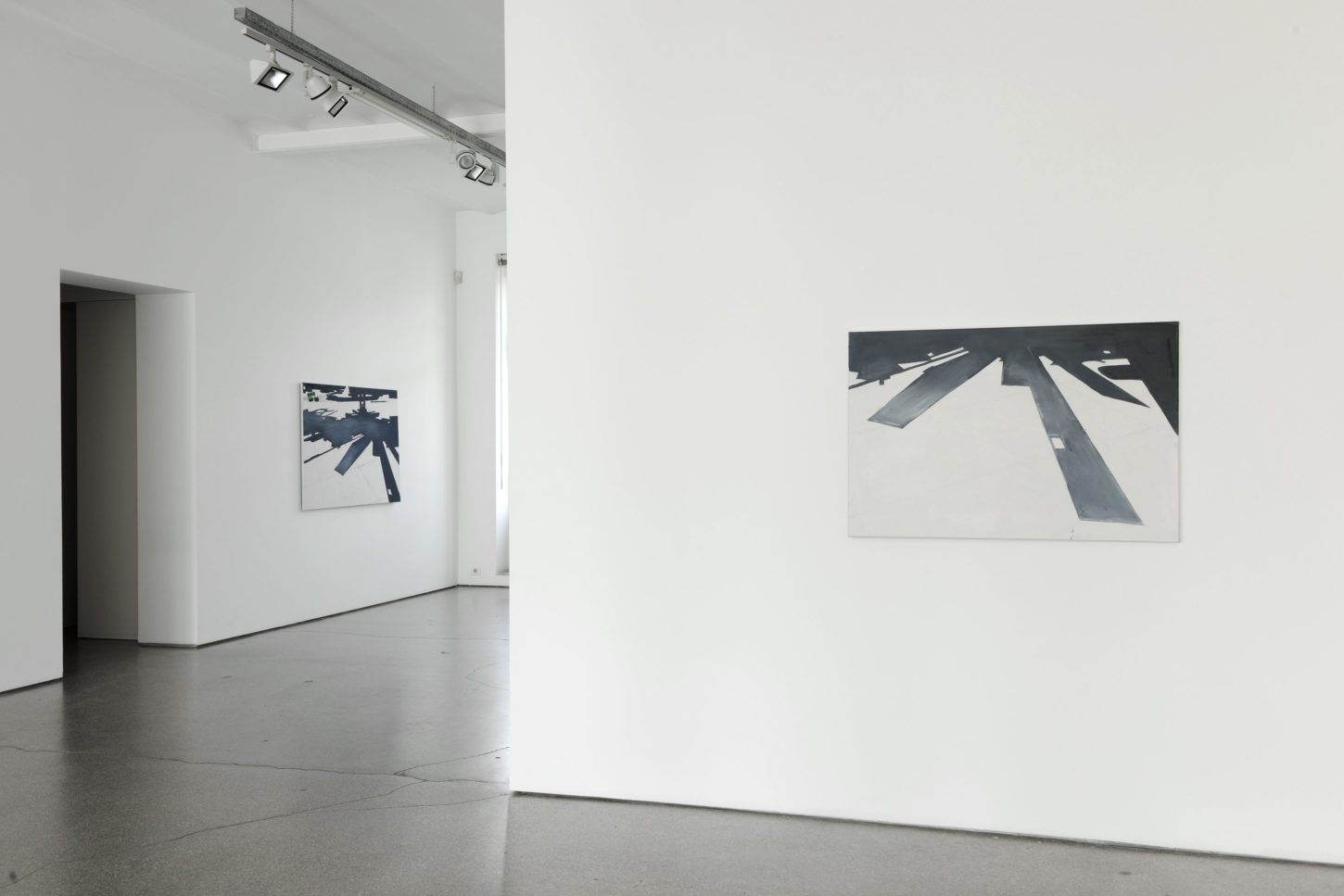 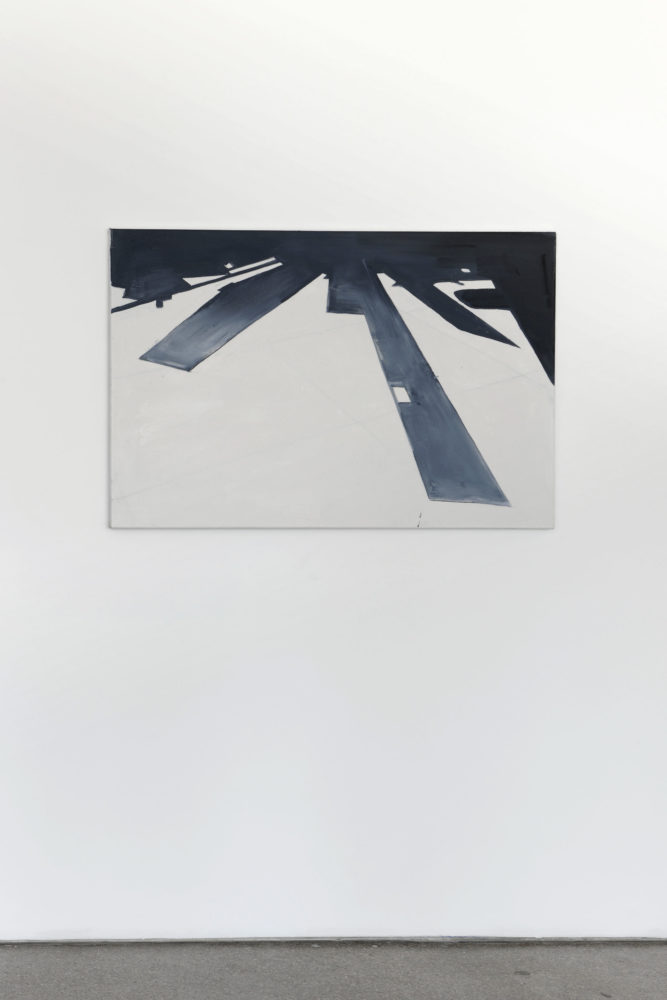 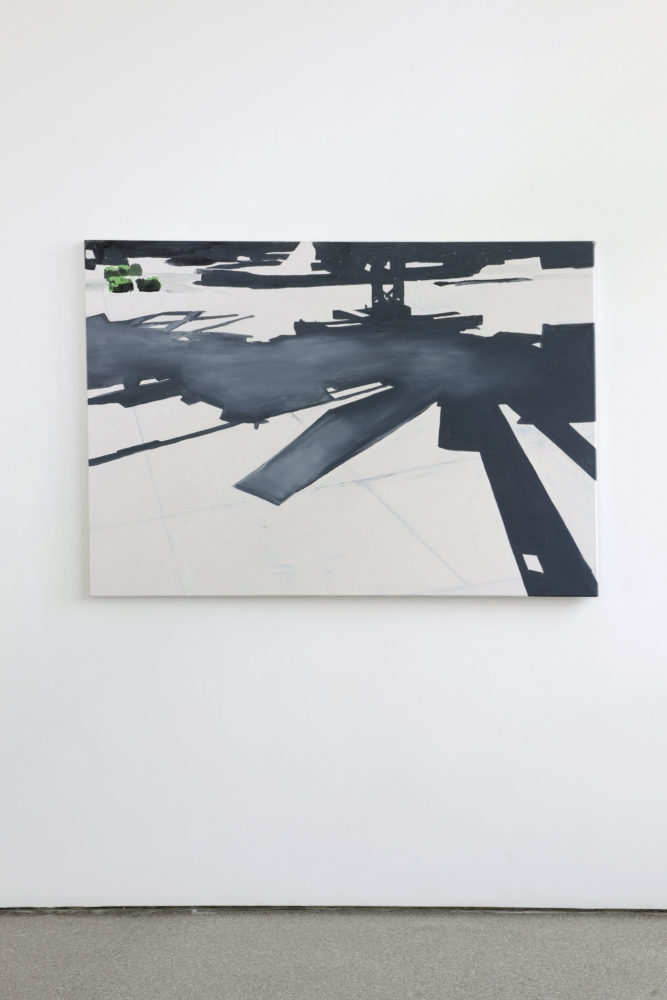 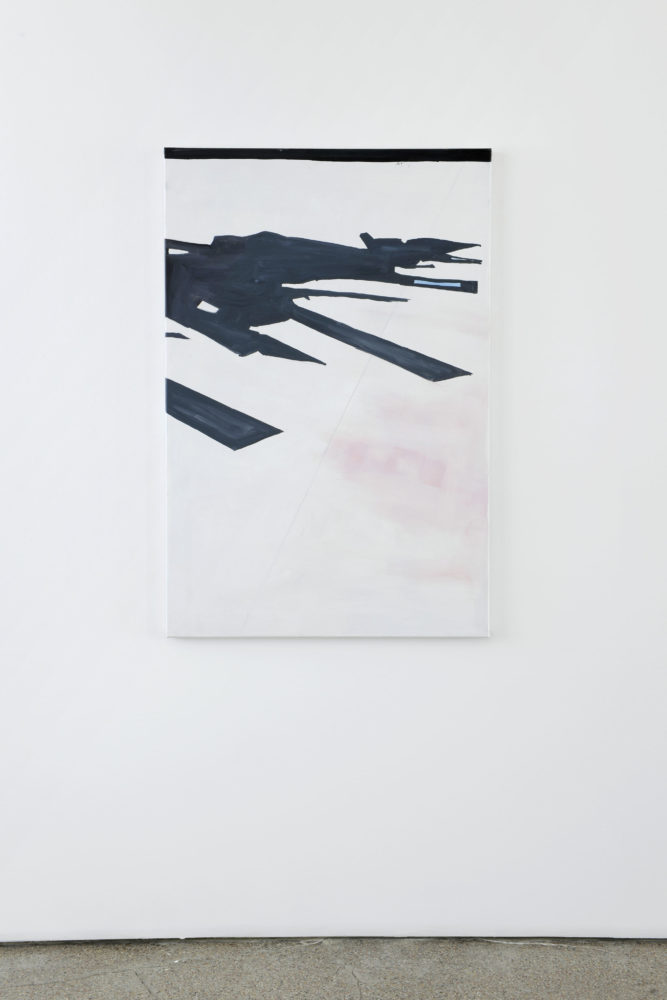 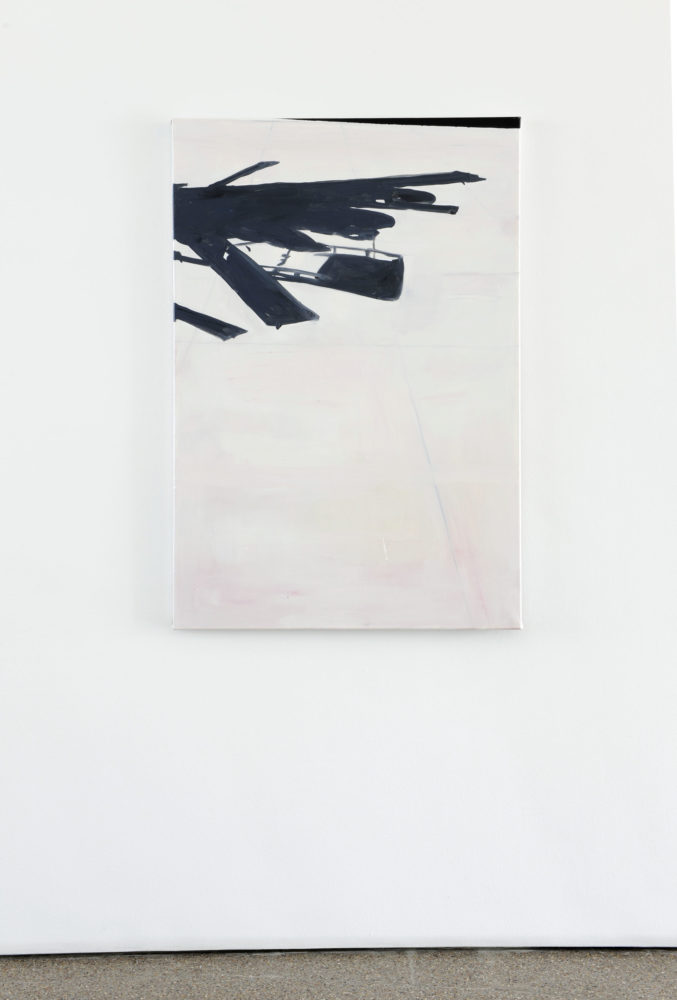 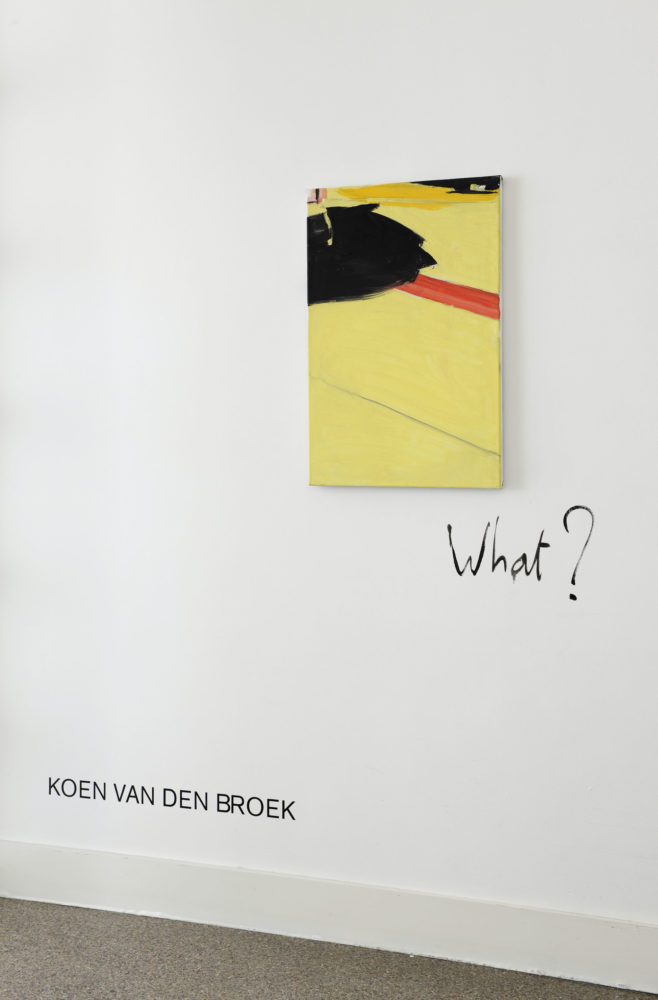 Greta Meert Gallery opens its season with new work by Belgian artist Koen van den Broek (Bree, 1973). After his recent retrospective show in the S.M.A.K., Ghent, which covered 10 years in his career, the artist now shows his most recent work in his first solo exhibition.

Koen van den Broek’s work has often been associated with the notion of ‘Border’. Indeed, borders literally dominate his canvases in kerbs, gutters, cracks in the asphalt, shadows, viaducts, etc. However, he takes these lines of demarcation beyond their banality and turns them into a powerful metaphor for a contemporary way of life: ‘life on the road’. Referring to a theme that runs through American literature and film, many of these images find their origin along the vast American highways. Van den Broek’s desolate landscapes that captivate the strong light of LA show us a present-day ‘condition humaine’.

The visual motifs are also formally strong. Van den Broek flirts with abstraction. While the borders, the kerbs and the cracks latently point at the abstract character of the present-day, urban landscape, the imagined space is further purified to a purely geometrical structure of lines and colours, an anti-form that underlines the two-dimensionality of the painted surfaces. This subtle balance between form and colour, perspective and levelling off, figuration and abstraction, betrays an accurate knowledge of and preoccupation with the heritage of 20th century art, from Matisse to American Minimalism.

Van den Broek’s works often start from his own photographs. Since the 1960s photography and film have been used recurrently in contemporary painting. Even more than their capacity for reproduction, the specific aspects of these media have determined van den Broek’s visual language. By means of an explicit framing, a manipulation of the rules of perspective and distinct lighting, the artist creates a charged atmosphere and monumentality that undermine the relevance of the original motif. What counts is the experience of the image, the tension between the imagined space and the conceptual space of the canvas.

‘Shadows’ are a recurrent motif throughout the exhibition. In the series ‘Nancy’ and ’North Central Avenue’ – two locations around The MOCA Geffen, LA – van den Broek captivates the typical Californian sunlight in a stunning way. The level of clarity and luminosity and the strong interaction between the black and white shades make the paintings nearly vibrate.